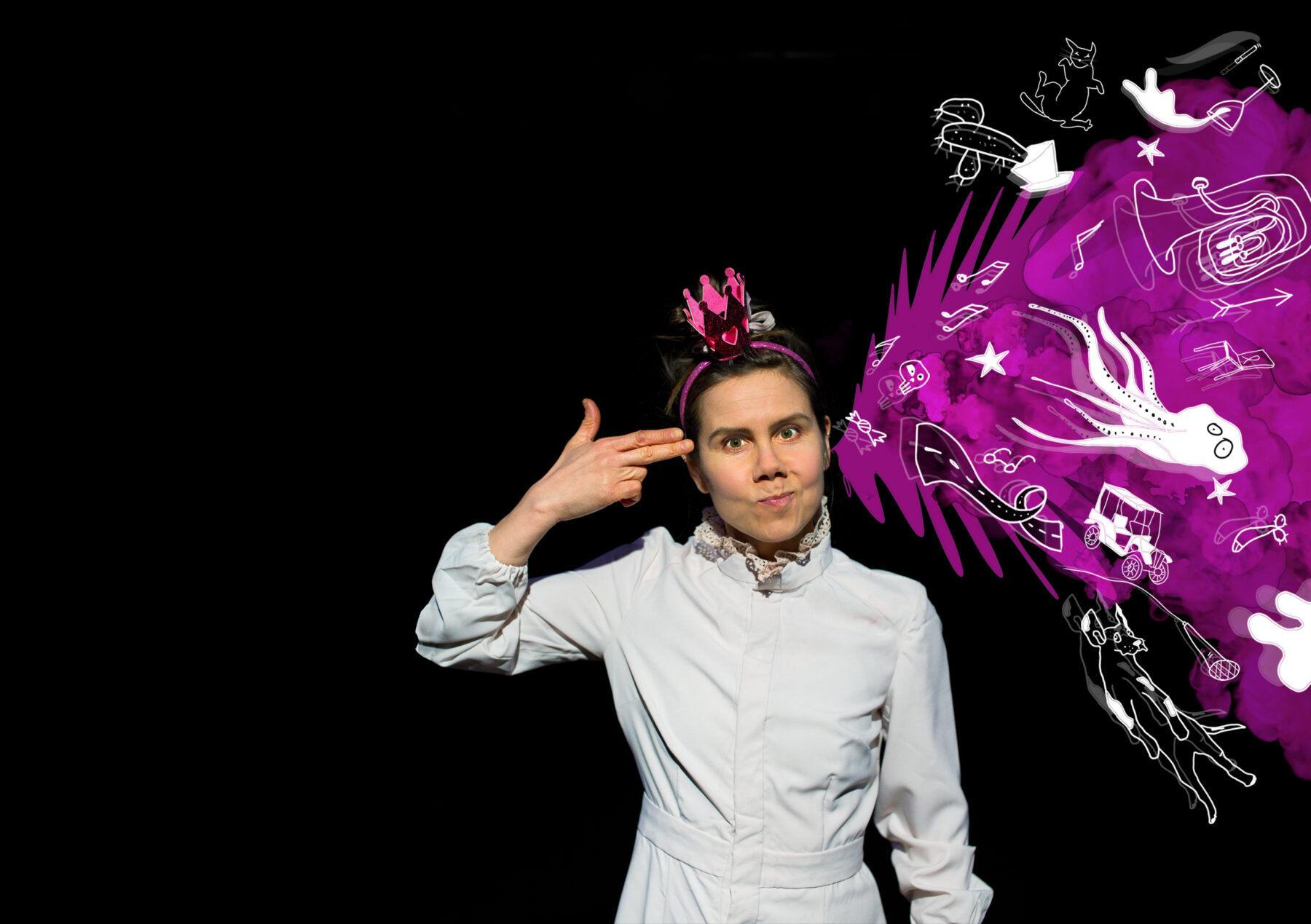 Award-winning actress and improvisor Ingvild Haugstad debuts at Edinburgh Fringe with the strange story of a person stuck in the moment – a charming, absurd and poetic show about love and loneliness.

Puppetry, sketches and improvisation make up this strange and heartfelt story of a person who retreats from the world after losing a soulmate to a freak raspberry accident. Don’t Kill Your Darlings is a clownish physical comedy, narrated by a playful and engaging actress in dialogue with the audience, in the celebrated close and unruly style of Det Andre Teatret (The Other Theatre), Norway’s first and largest improv/fringe theatre. The show was nominated for Best Show at Bergen Fringe 2017.