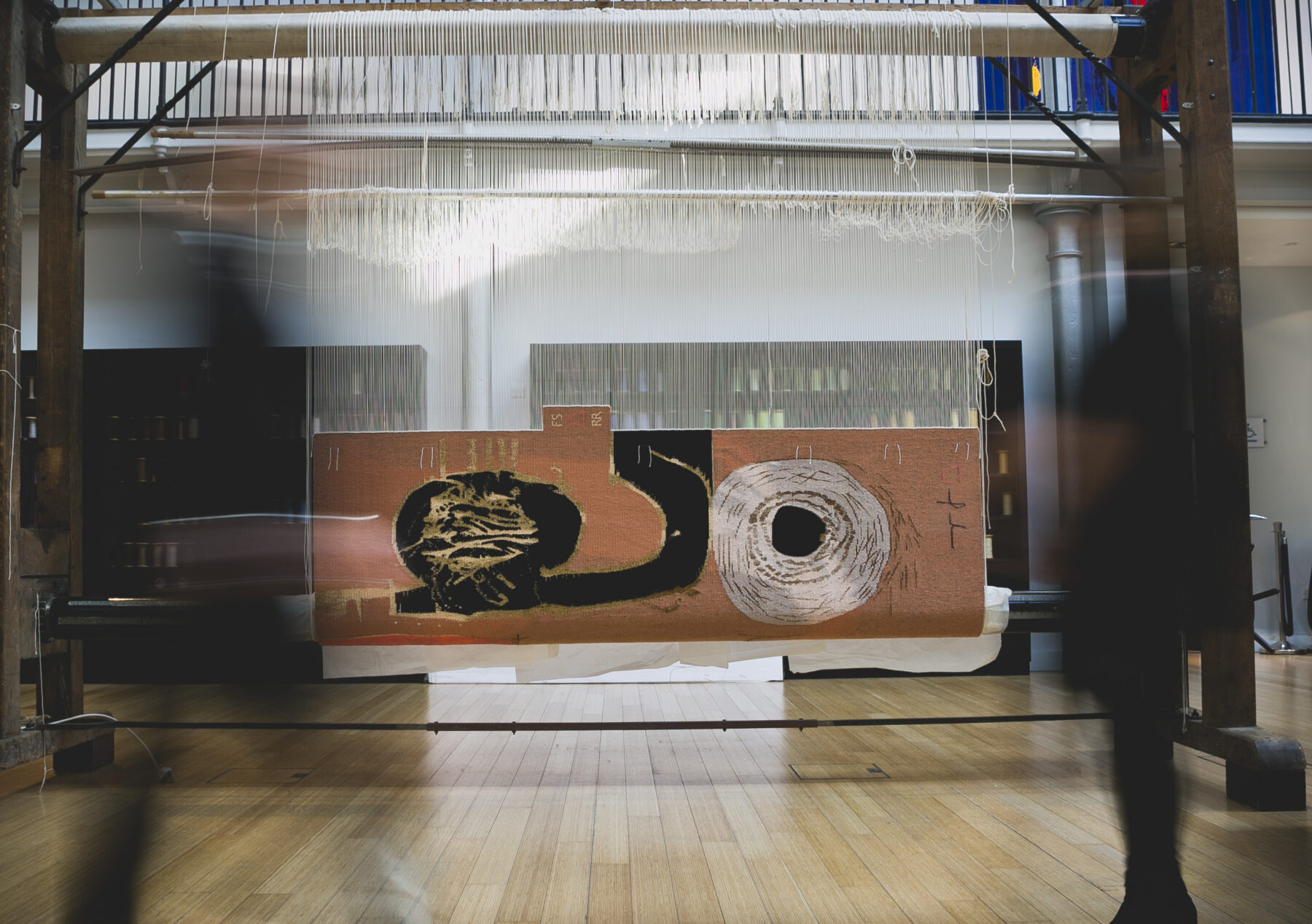 In the 1980s, Magne Furuholmen was best known internationally as the keyboard player from A-Ha, but these days his reputation as a musician is matched by his renown as an artist. Last year, Furuholmen collaborated with Edinburgh’s Dovecot studios to create Glass Onion, a huge tapestry based on one of the 10 large-scale woodcut prints of his remarkable Norwegian Wood series. This year, Glass Onion is the centrepiece of a new solo exhibition of Furuholmen’s works in Dovecot’s gallery space.

Perhaps unsurprisingly, Furuholmen’s work is frequently inspired by music, in particular jazz and the work of his father, a celebrated jazz trumpeter, and typically incorporates snatches of text to create a bold new visual language. The Norwegian Wood series, first unveiled at the Paul Stolper Gallery in London in 2013, is a visual homage to the music of the Beatles, with each of the 10 works named after the landmark group’s song titles or lyrics. Glass Onion – the woodcut that he and the Dovecot weavers chose to base their tapestry on – takes its name from the eponymous 1968 track.

The tapestry itself was created in the summer of 2014 by Dovecot weavers Freya Sewell and Rudi Richardson, overseen by master weaver Naomi Robertson.

Dovecot have made a short film chronicling its creation and exploring the collaborative process behind the work. Inspired by the process of exposing his work to the different crafts, perspectives and methods of others, as well as the experience of working in the historic and cultural surroundings of Dovecot itself, Furuholmen has created new works encompassing music, film, printmaking and ceramics to accompany Glass Onion.

On the evening of 5 March, he will join Dovecot director David Weir and gallerist Paul Stolper in conversation about the exhibition (tickets are available here), but even if you can’t make it then, do head down to Dovecot before 25 April for a rare opportunity to see the work of one of Norway’s most accomplished artistic polymaths.