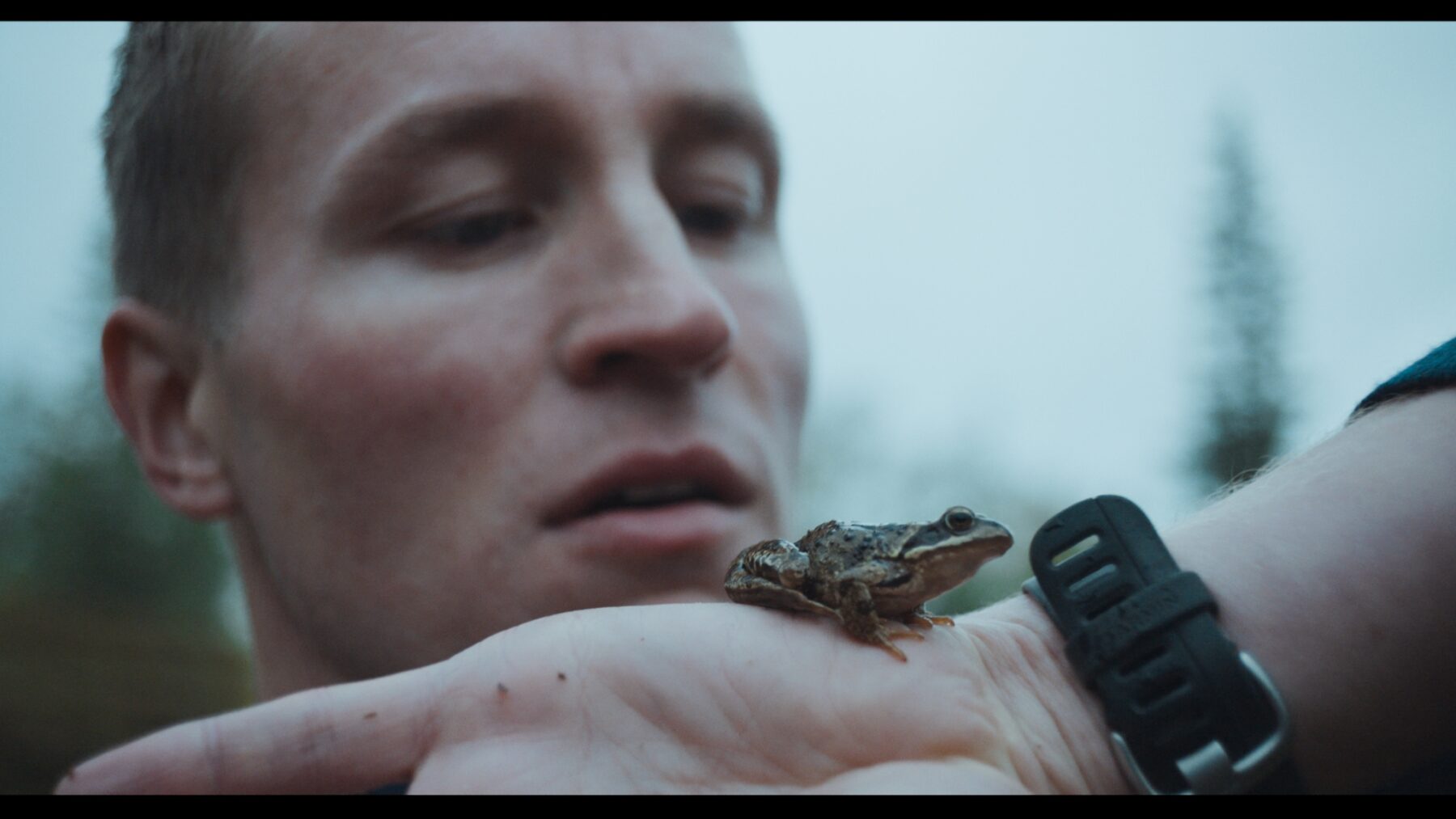 Now in its 68th year, the Edinburgh International Film Festival is one of the biggest events on the world’s cinema calendar, showcasing emerging talent, inspiring debate, seeking and celebrating innovation, and frequently premiering works that go on to become classics. This year’s festival, taking place at numerous venues across the Scottish capital, sees showings of films from 36 countries across the globe – including three notable new works from Norway.

We’re delighted to say that the festival’s selection committee has chosen to present the groundbreaking comedy drama Out of Nature, feature-length documentary Sunshine Superman and romantic comedy Meet Me in Montenegro as part of the 2015 programme.

Out of Nature (Mot Naturen)
Co-directed, scripted by and starring Ole Giæver (in what is more or less a single-hander), Out of Nature is the low-key but pitch-perfect story of a man, Martin, on the cusp of a mid-life crisis sending himself into the great Norwegian wilderness in search of personal truths. Thanks to an ongoing voiceover sharing Martin’s stream of consciousness with the audience, viewers share in his everyday resentments, sexual fantasies, memories, mental meanderings and his yearning for an ever-elusive sense of freedom.

Also directed by Marte Vold, Out of Nature is Ole Giæver’s second feature film (his first, The Mountain, debuted in Berlin in 2011). It’s a searingly honest, consistently funny and eminently recognisable portrait of a man facing (or perhaps running away from) the frustrations of life in his mid-30s.

“I wanted to make a film where we alternate between being completely inside a human being, access to the private thoughts, daydreams and fantasies and to watch someone who doesn’t know they’re being watched,” Ole Giæver says. “The vision of the film was to get closer to the core and specific in what is recognisable and universal for all people.”

Sunshine Superman
In 1984, the BBC’s David Frost journeyed to Trollveggen in Norway to film Carl Boenish, the charismatic founding father of BASE jumping, and his wife Jean, breaking the world record for parachute jumping from solid ground. They did, but the following day, Carl decided to jump alone, ignoring Jean’s objections, from a place that had previously agreed was unsafe. He died in the attempt.

First-time documentary-maker Marah Strauch has been working on Sunshine Superman for eight years, compiling interview footage and reenactments of Carl and his fellow jumpers’ daring leaps, as well as sections of hair-raising 16mm film shot by the jumpers themselves. The resultant film is not just a biography of Boenish or an investigation of his still-inexplicable death (although it is both these things), but also a vertiginous tribute to a remarkable man, a heart-racing insight into the sport he created and perhaps surprisingly, a profoundly moving love story, too.

Meet Me in Montenegro
Most romantic comedies are concerned with the challenges of finding love, Meet Me in Montenegro – the co-creation of American director Alex Holdridge (In Search of a Midnight Kiss) and Norwegian first-time feature director Linnea Saasen – is one of the few that’s more interested in the struggle to sustain it.

The film follows bankrupt indie filmmaker Anderson (Holdridge) as he travels to Berlin in search of funding and to meet his friends (played by Rupert Friend and Jennifer Ulrich). Possibly by coincidence, possibly not, he meets old flame Lina (Saasen), a Norwegian dancer he had a fling with while on holiday in Montenegro, but who left him with no explanation. The story plays out with charm, nostalgia, humour and drama, as the two of them are forced to confront the tension between romantic commitment and personal creativity.