Making room for darkness: The art of Ørnulf Opdahl 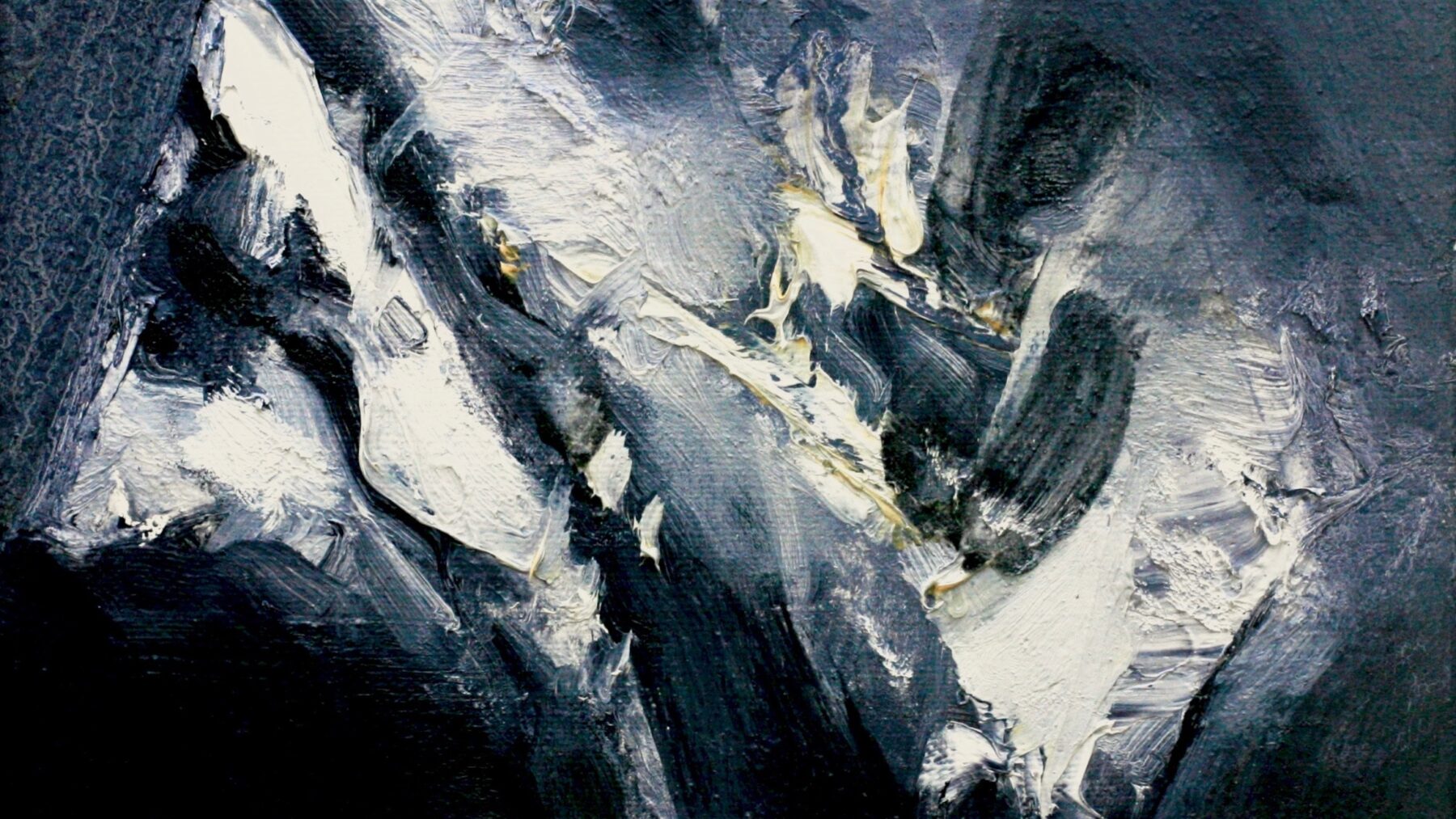 The Norwegian painter and printmaker Ørnulf Opdahl is one of the most important artists working in Scandinavia today. The English writer and Nordic specialist Dr Michael Tucker welcomes the return of this singular landscape artist back to England, with substantial shows in both London and Newcastle upon Tyne.

Born in 1944 in Ålesund on the west coast of Norway, Ørnulf Opdahl is one of the most striking and distinctive painters working in Scandinavia today. Represented in many of the major museums of Norway, Opdahl’s often ambitiously scaled work can be seen in important collections in Paris, Newcastle and London. This latest Opdahl exhibition at Purdy Hicks offers welcome opportunity to savour further the work of one of the most painterly and poetic –musical, even – artists at work anywhere in the world today.

To coincide with the exhibitions, a major new book on Opdahl has been published: Towards The Light – The Paintings Of Ørnulf Opdahl. The distinguished English critic and writer William Varley has contributed with the text to Towards The Light, setting Opdahl’s work within both Nordic and international, artistic and philosophical contexts. 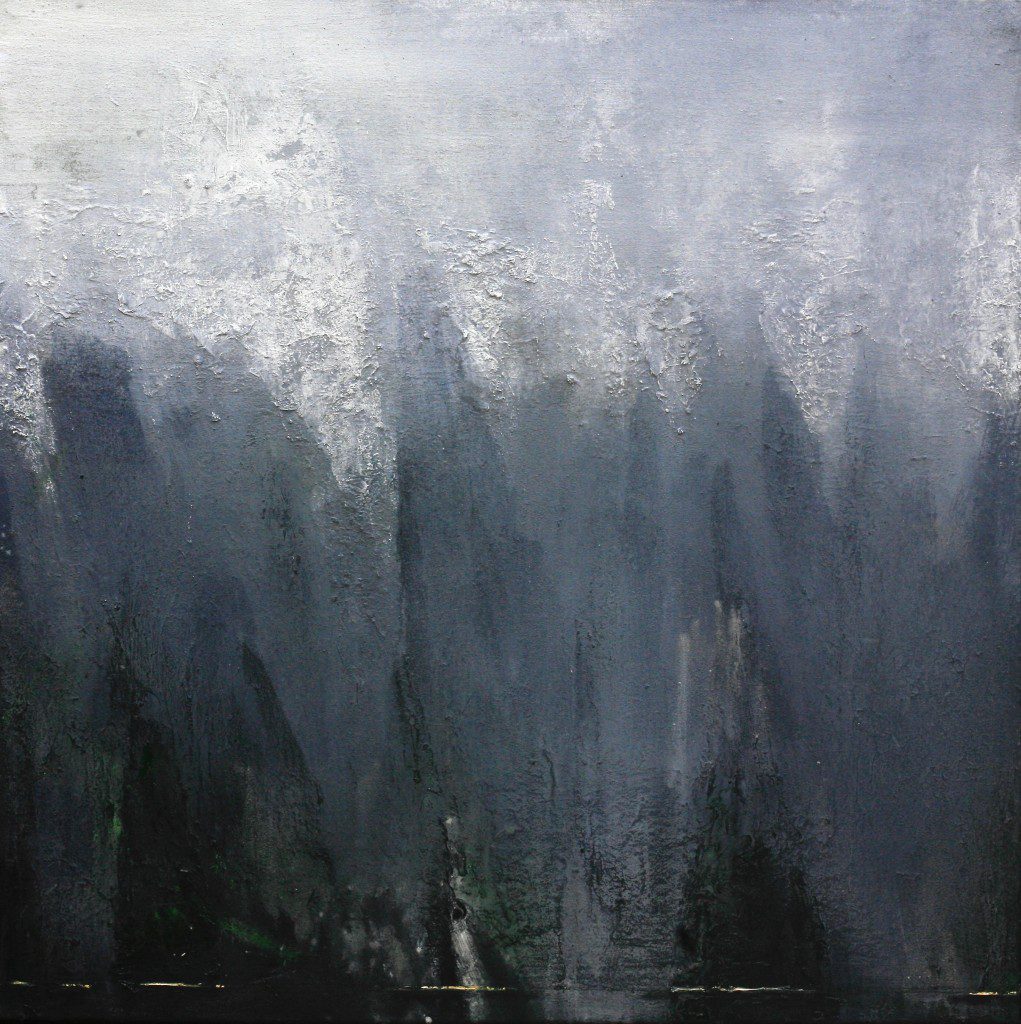 A key early work of Opdahl’s, Stillheten (The Silence), supplies appropriate introduction to the early strengths of Nordic mood in Opdahl. Measuring over a metre and a half by two metres, the imposing 1984 oil places a couple who might have wandered out of an archetypal winter landscape by Munch at the near edge of a shoreline which opens out onto a distant evening sky, darkly muted yet flecked with flickering, vibrant light. To the left of the couple loosely worked brushwork bodies forth a swan, seemingly dead on the shore. To the right, expanded passages of such brushwork, again in white, intimate both the physicality of a tree’s snow-shrouded branches and a potential bridging of earth and sky. Concrete yet flowing, such brushwork induces the materiality of paint to turn into something mysterious, even metaphysical: multivalent, beyond the reach of language.

An unusually sensitive, intelligent and articulate artist, Opdahl has reflected long and hard on his art. If his early work, epitomised by Stillheten , can be rich in matters symbolic and mythic, its development over the last decades evinces a clear movement away from any suggestion of what used to be called “literary art” in favour of an ever deeper engagement with the poetics of pure painting – albeit, most importantly, painting charged by the sublime presence and power of nature in the North.

Some while ago, after years of living in Oslo Opdahl moved back to his native Norwegian west coast, to live on the island of Godøy, where his spacious glass-roofed studio is today. In such an environment, it is only natural that Opdahl should speak as he does today about the impact of nature on his art: “When you think about it, maybe nothing can be so abstract as what we may choose to call concrete nature, often an ever-changing abstraction of its own image.” Immersed in the concrete realities of time and place in the North (and keenly aware of how life-threatening, as well as uplifting, such realities can be) Opdahl will often use drawing to capture momentary impressions of light and structure, melodically inflected mountain silhouette or shape-shifting mood. 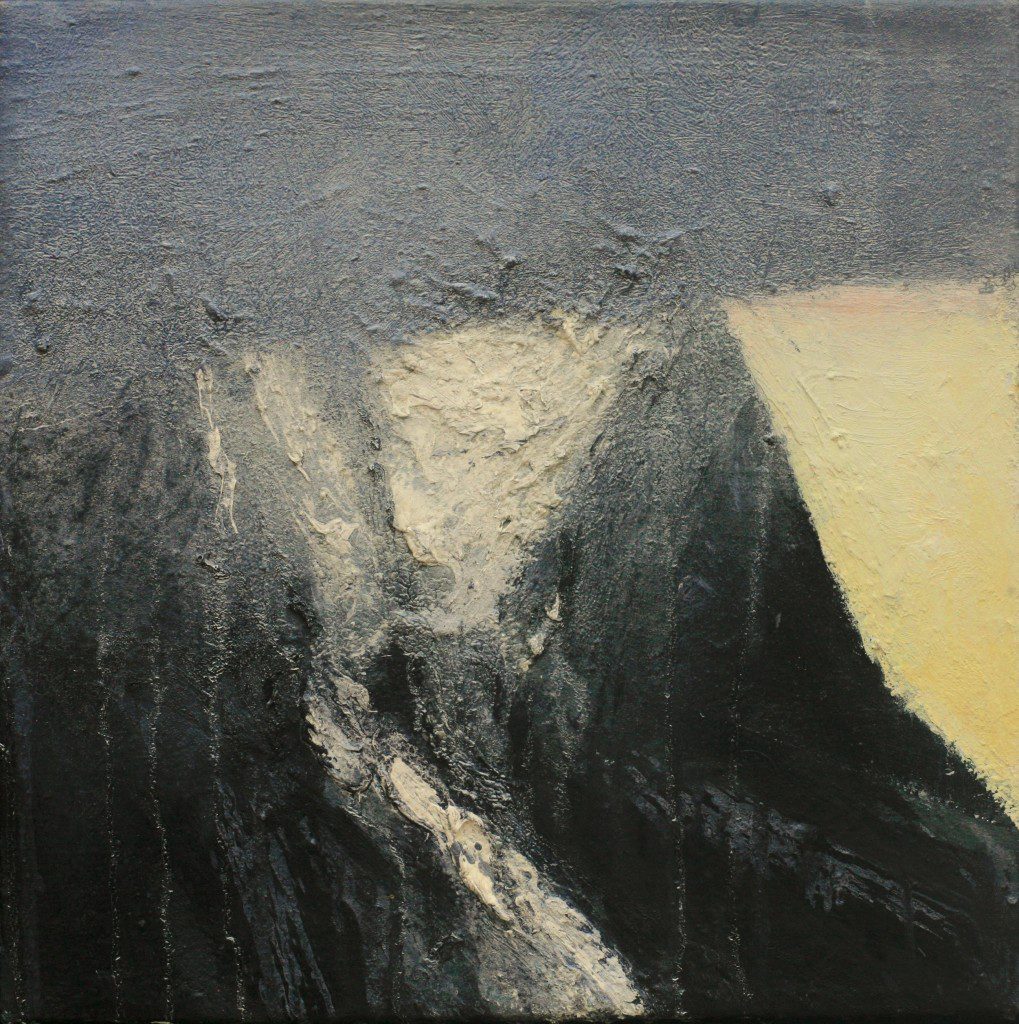 To speak of alchemy is to speak of the play of light and dark in the human soul – of the breaking down of restrictive dualisms in humanity and the emergence of a deeper and regenerative level of freshly fired and psychologically integrated sensibility and creativity in life. The artist himself has said: “Darkness is never black, it always has a colour, a temperature. Darkness appears monotonous only at first glance … in order to paint the light, I have to make room for darkness.” Here, then, is the particular potency of the increasing presence of the alchemical in Opdahl’s development over the years: namely, the transmutation of previously separate symbolic details, or any matter of mere illustration, into an increasingly self-defining and interwoven whole. It is a whole comprised of light and dark, earth and sky; of near and far, of firmly conceived structure and pictorial balance and poetically open image, texture and tone. Above all: of material, painterly surface and poetic depth.

This was the challenge – of achieving a pure yet transcendental painterly presence, or “realization“ of the motif – which so concerned Cézanne and subsequent French modernists such as Braque. Today, Opdahl addresses this central challenge in his own unique way. While William Varley is both accurate and astute in placing Opdahl’s work within both Northern and Nordic contexts, it is also worth reflecting on the implications of the thought that, what Provence was to Cézanne, the west coast of Norway is to Opdahl.

The sublime genius loci, or sense of place, so evident along that fjord-riven landscape is a prime factor in this Norwegian’s art. But so too is an a awareness of all the many factors that have fed into the evolving poetics of painting after Cézanne. Distinguished in equal measure by muscular vigour, a nuanced sense of touch, texture and colour, and a considerable contemplative weight of intellectual penetration, the art of Ørnulf Opdahl evinces a discriminating awareness of many of the most significant international developments in post-Cézanne modernist, or avant-garde, practice. In common with such similarly distinguished compatriots of his as the novelist Tarjei Vesaas, the poet Jan Erik Vold or the musicians Jan Garbarek and Karl Seglem, Opdahl might be called a rooted cosmopolitan, as creatively aware of the humble beauty of lichen on a rock face as he is both literate and discriminating in his interest in current developments in international art. 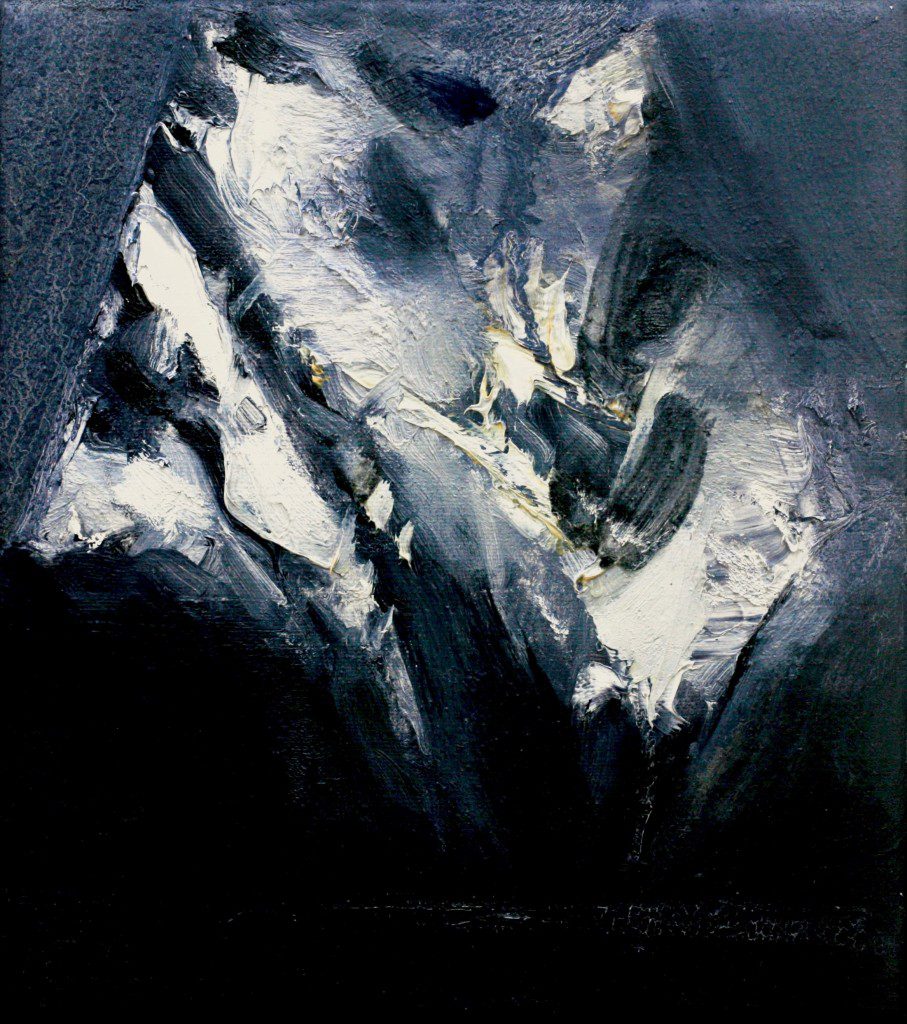 His intense, lyrically charged work projects the sort of nourishing presence of the elemental – of light and dark, earth and fire, wind and water–which is only to be encountered in the Far North. From this perspective, it was only natural that a few years ago a boldly conceived show in Norway placed Opdahl’s work in dialogue with that of Peder Balke–the 19th century Norwegian painter of sparely rendered northern coastal motifs whose recent exhibition at London’s National Gallery drew rave reviews in the British press.

“I have to make room for darkness.” Today, when scientists use the terms “dark matter” and “dark energy” to talk about what they admit to be the unfathomable mysteries of the changing structural nature of the universe, what more potent words might a painter choose to intimate the mysterious depths of his practice? Seven special words, these, to lead us into the richly rewarding world that is the art of Ørnulf Opdahl.

Following this April showing in London, Opdahl’s work can also be seen in England in May, at the Gallagher & Turner Gallery at Jesmond Dene House, Newcastle upon Tyne.

Dr Michael Tucker (born 1948) was Professor of Poetics at the University of Brighton until his retirement in summer 2012 and also taught for many years at the University of Sussex. A specialist in Nordic culture, he has curated various shows of Nordic art, including the Frans Widerberg retrospective exhibition which toured Great Britain and Northern Ireland in 1986-87. He has written widely about Norwegian art and culture, including publications on Frans Widerberg, Jan Garbarek and Jan Erik Vold, as well as various sleeve-note essays for albums by, e.g., Jan Garbarek and Karl Seglem, besides numerous articles on and reviews of Norwegian jazz for the specialist magazine Jazz Journal. In 2012 he was made a Knight: First Class of the Royal Norwegian Order of Merit. Categories