Domestic tragedy Little Eyolf might not be Ibsen’s most well-known play, but it makes a fitting final chapter to director Richard Eyre’s revelatory trilogy of Ibsens at Islington’s Almeida, following his multi award-winning Ghosts and an intense Hedda Gabler.

For his endnote, Eyre presents another study in a family snapping at the seams. His staging features a wooden arch-like set backdropped with a mountainous panorama of the Norwegian fjords. The view does little to raise the spirits at the Allmers household, however. Alfred Allmers comes home to his wife Rita and makes a life-altering decision. Having dedicated himself to writing the book The Responsibility of Being Human, he decides to set aside his ambition in order to be a better father to their son. But Rita refuses to continue playing second fiddle to his whims, communications break down and problems ensue – leading to an unthinkable event that will change their lives forever. Little Eyolf is a forensic examination of a marriage as it explosively falls apart, but could there be hope somewhere in the ruins?

Starring Jolyon Coy as Alfred and Lydia Leonard as Rita, the play has been steadily gathering acclaim in the press, with a four-star review in The Times calling it  “shockingly contemporary”. The Independent upped the star tally to five and praised the play as “quietly shattering… acting, design, gradation of mood are all masterly. Lydia Leonard is stunning”.

As Eyre put it in an interview in The Telegraph: “Ibsen is the godfather of bad-marriage drama.”  And this Little Eyolf is one marital disaster not to be missed… 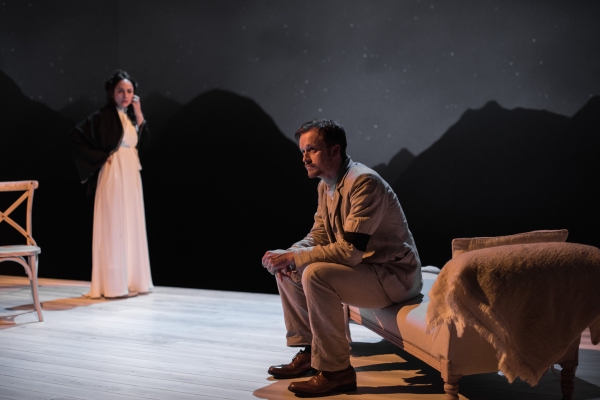