Fall in to a pastel dream 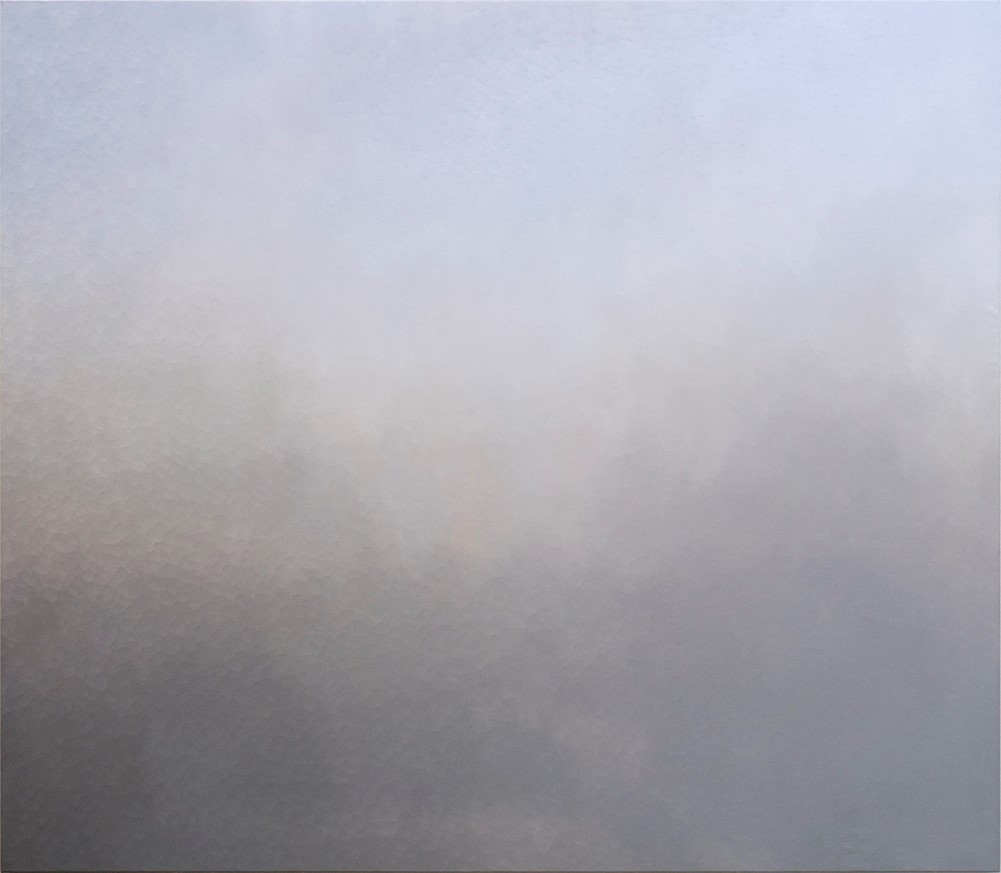 Norwegian artist Martine Poppe is ready with her solo show Crinkled Escape Routes and Other Somewhat Flat Things. A show consisting of gleaming, pastel visions – spread out across Kristin Hjellegjerde Gallery in London.

Images of cars, signposts, highways and flat and desert landscapes, all obscured as if by fog. The works of Norwegian artist Martine Poppe are familiar yet, somehow, removed. The exhibition Crinkled Escape Routes and Other Somewhat Flat Things combines Poppe’s pale and ephemeral aesthetic with blurred images from the American wilderness, as seen along the country’s long rural highways. Crinkled Escape Routes and Other Somewhat Flat Things consists of works assembled from images shot along the iconic Route 66, and takes the viewer on a journey through landscapes. 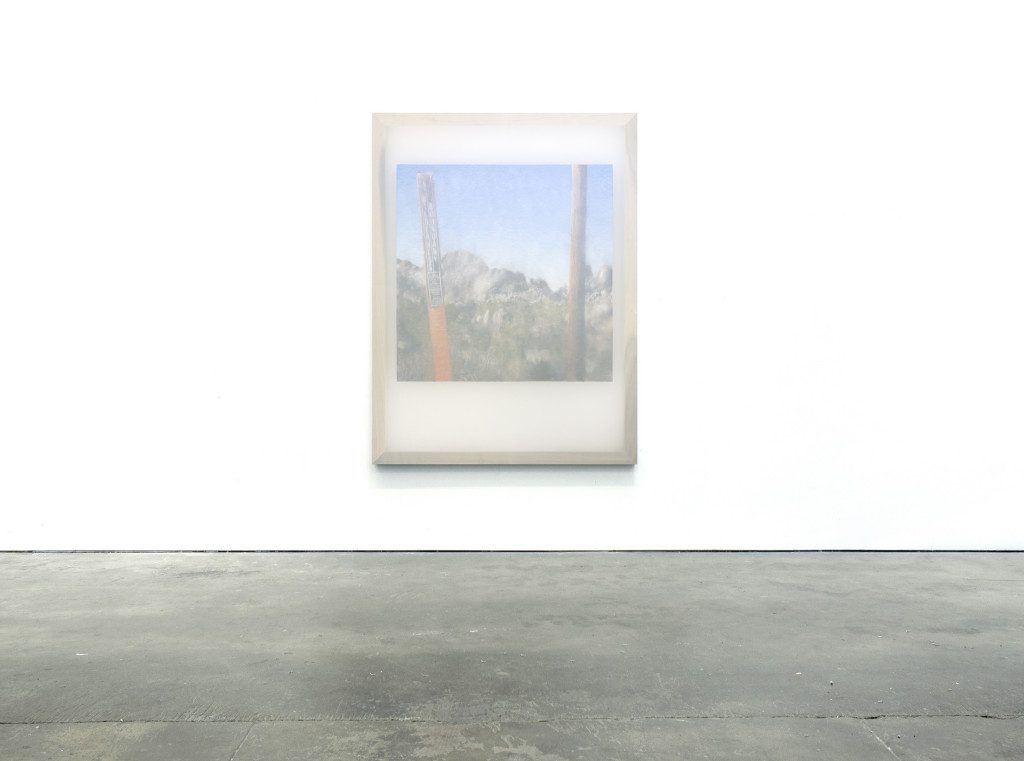 “No wilderness beyond this boundary” by Martine Poppe. Photo: Kristin Hjellegjerde/Martine Poppe

One of the key tenets to Poppe’s work has been its nuanced use of the visible made invisible, of barely-there marks and markers that are at times hardly visible to the human eye. Working with the combination of photography and paint, Poppe starts by taking pictures with her cell phone, printing the images in “gigantic” prints, before she recreates the motif with paint and brushes. In an interview with NRK (national Norwegian broadcaster) Poppe explained why she works with this combination. “I used to feel that the way I used to paint made it hard for me to relate to the type of pictures I wanted to work on. Then I realised that if I worked more directly with photography, instead of always struggling to make things look real, I could concentrate on what it means to paint, to create images.”

For those who frequently encounter the Norwegian art scene, Martine Poppe has become a known name after several shows in London, New York and throughout Norway. In fact, it was in London that her career turned, after renowned collector and gallerist Charles Saatchi bought her works on the graduation exhibition at Slade School of Fine Art, where she used to study. Later, Saatchi has bought several of her works, and arranged a solo exhibition for Poppe at his gallery in Chelsea. 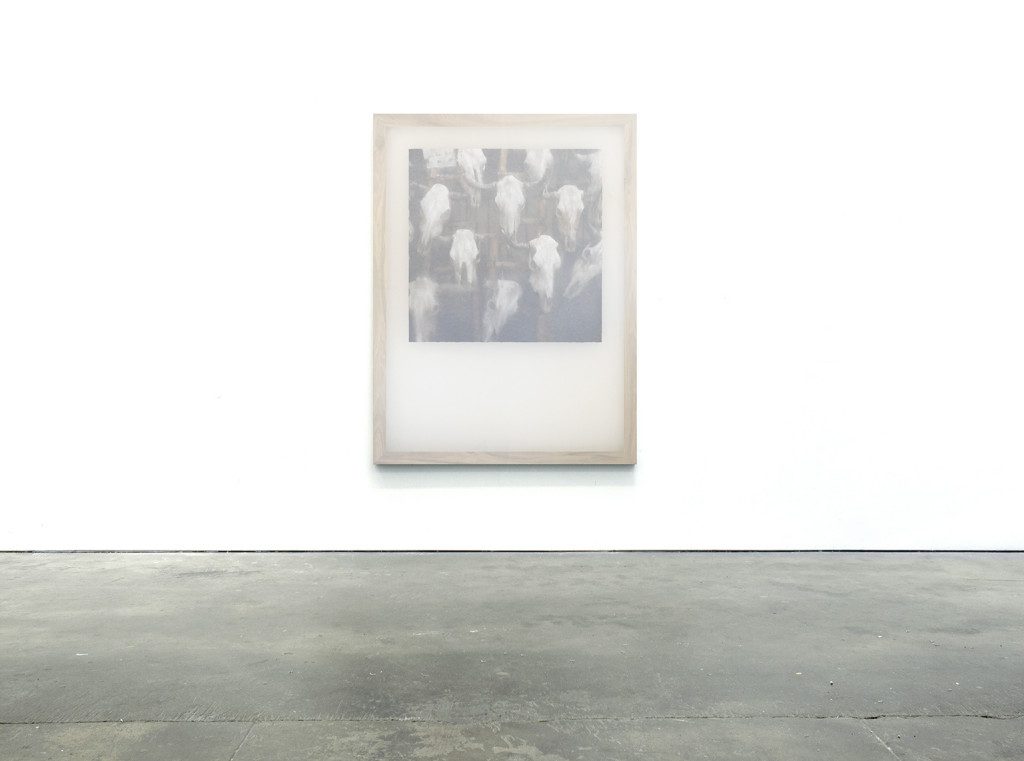 Today Poppe still lives and works in London, and her art can be found at places such as UCL and the University of Oxford. However, if you’re looking for a full exhibition, the coming show in London this spring will be the place to go.

Kristin Hjellegjerde opened her gallery in London in June 2012, following her move from New York. During the four years that has passed, the Norwegian owner and curator has gained recognition for showing innovative, emerging and established artists. The gallery has been named one of Blouin’s 500 Best Galleryies Worldwide (2015) and The Londonist’s Independent Gallery of the Year (2014). This is the second time Hjellegjerde arranges a solo exhibition for Poppes art. 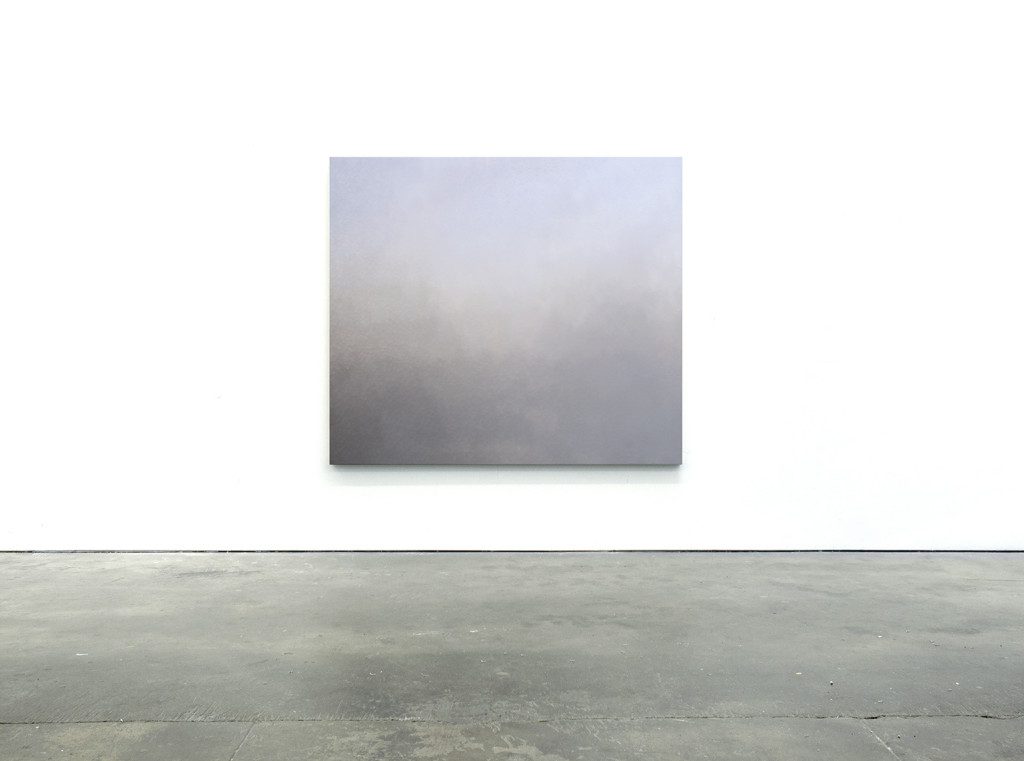 “Just after dark we pulled over by the highway” by Martine Poppe. Photo: Kristin Hjellegjerde/Martine Poppe

Friday 6 May to Saturday 18 June