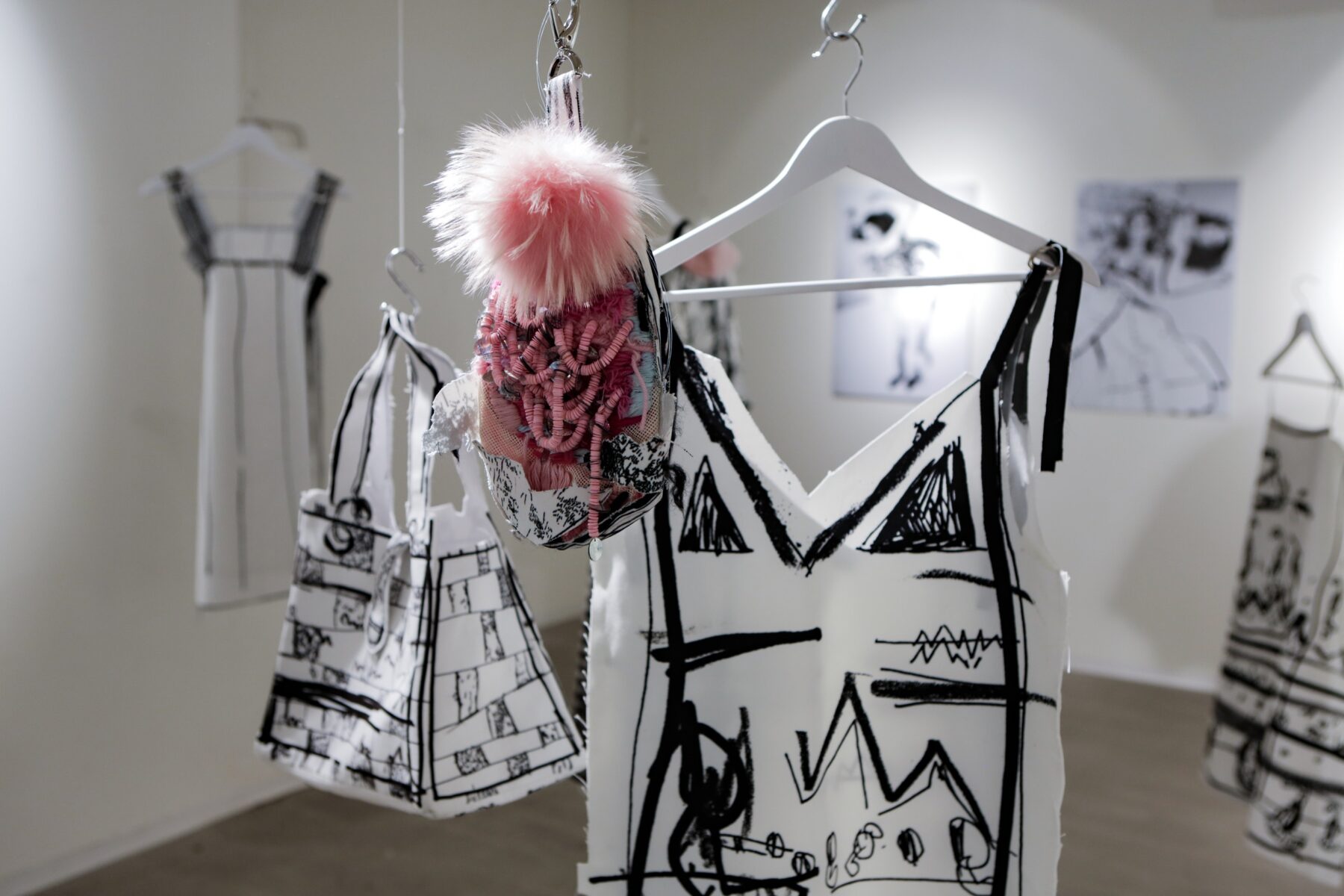 Since Norwegian fashion designer Edda Gimnes graduated from London College of Fashion, she has been named a designer to watch by The New York Times, loved by magazines as British Vogue and Italian Vogue, and won the BFTA, Saga Fur competition. During London Fashion Week you can watch her eclectic design on models strolling down the runway.

Fascinated by textiles in all sorts of combinations, and with a design dominated by an eclectic aesthetic, the works of Norwegian fashion designer Edda Gimnes typically combines disparate elements, from pink knitting with gold and light blue embroidery to bold prints with elements of fur.

“I enjoy using old objects and things that have gone to waste, so for my collection I have been “The Ragpicker” of my own project.  I have been making my own archive and collecting things from society in London and outside, that has been refused, forgotten and lost”, says Edda when she tries to explain how her creative process develops, from idea to collection. Taking part in this process is elements such as albums, photographs, old clothes, things on sale, postcards and jewelry pieces. “In my collection I am bringing these amazing memories back to life and display of their ephemera,” Edda continues. 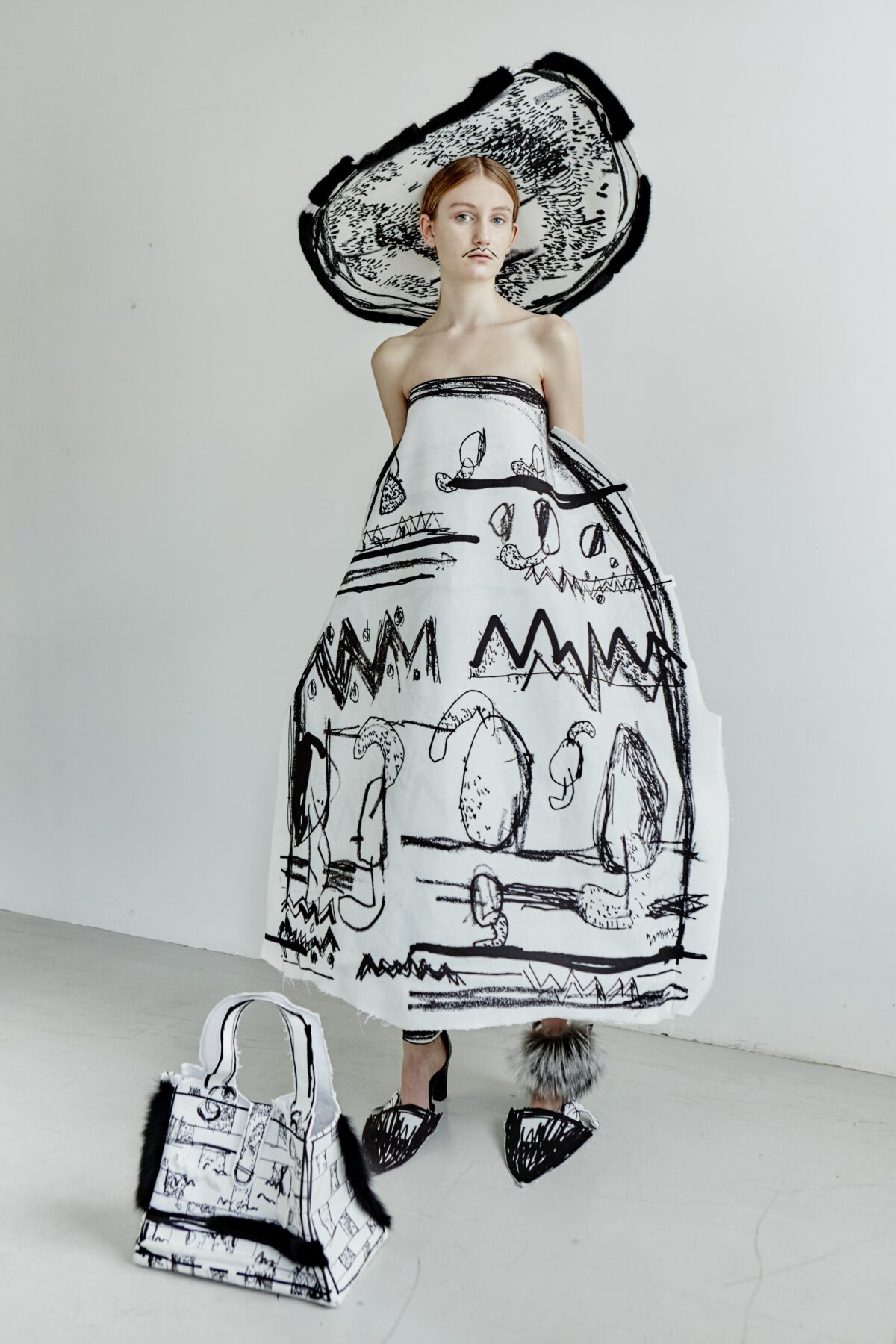 On her chase for inspiration, Edda explains how she went looking for treasures all over London, from car boot sales and flea markets, to meeting up with old people who wanted to throw things away. In the end, it was an old man with a great collection of old photographs that became her true inspiration. ”Day-by-day I have built up my own archive, but it wasn’t until I came across an older man at Wimbledon Car Boot Sale I found my true inspiration. He gave me a whole garbage bag full of 300 old and lost photographs from the 1920s onwards, from old ladies in massive fur coats, to nude photographs from the 1940s. All the photographs where so unique and beautiful, and with so much energy and life. I felt that no one had looked through the bin bag given to me, they were all so untouched” Edda tells.

The reason behind this treasure hunt, Edda explains, is that she simply loves things with a story and soul. Her wish is that people are able to make up their own narrative when looking at her design. “All the disparate elements in my collection tell a story of their own, from the fur, canvas, a huge embroidered dress, to a tiny little bra made in canvas”, says Edda. 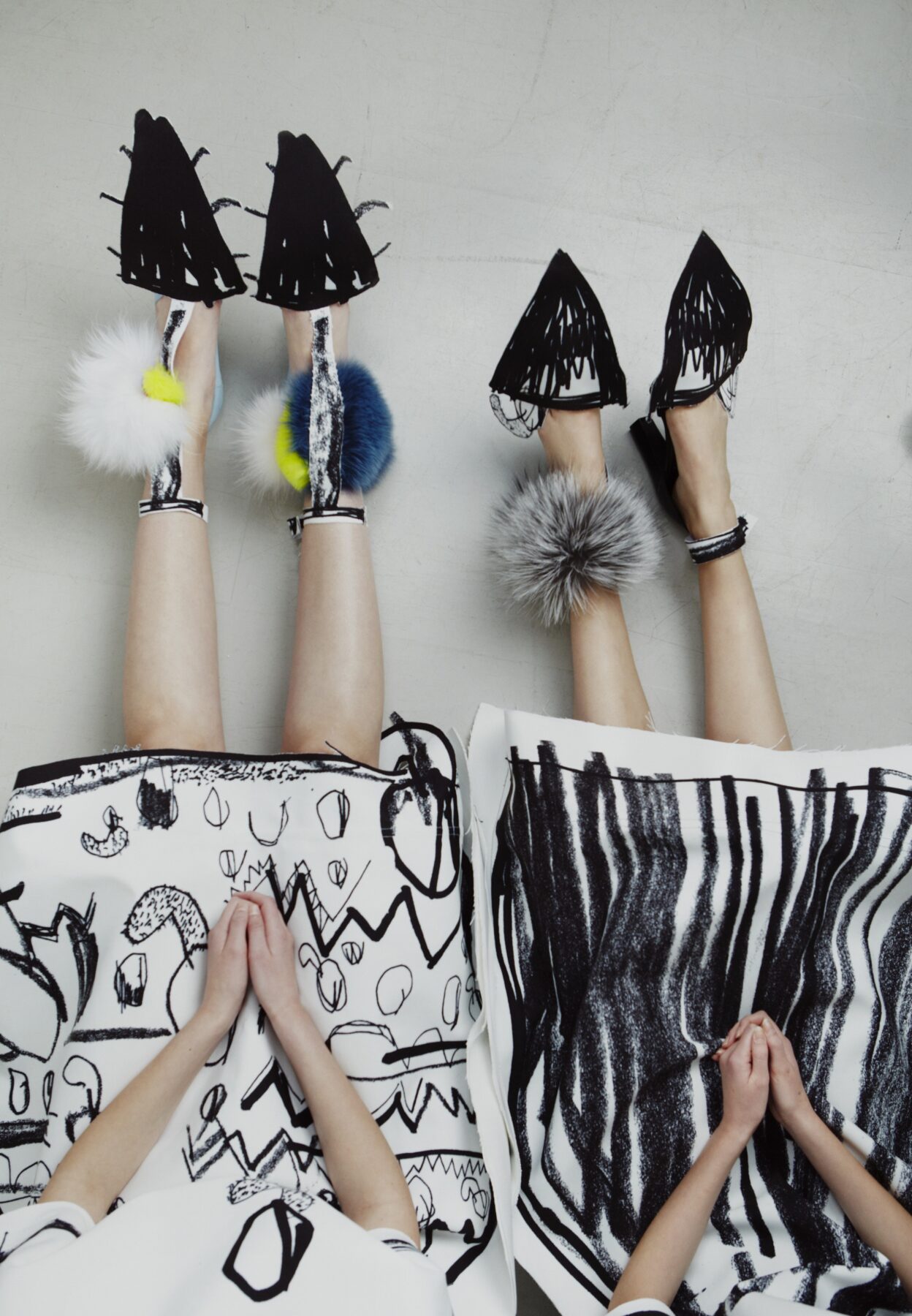 For this collection, Edda has illustrated the whole collection with her non-dominant hand to present a naïve aesthetic and a hand rendered look. Her drawings has later been digitally printed onto canvas in black and white, which later became the garments of the collection. The technique creates the idea of a trompe l` oil effect, and all of Edda’s illustrations has been developed from 2D to 3D, giving life to the drawings like walking illustrations. “My vision is to create a space where people can get carried away into a fantasy world of different fascinating and original characters” says Edda.

Currently, Edda is working a lot with fur after she was selected to represent UK in the REMIX competition in Milan, in partnership with Italian Vogue. Come march this growing Norwegian fashion star will therefore be heading for Milan, but first she will do her show at London Fashion Week. By the looks of it, this will not be the last time you’ll see Edda’s design, as she recently has been featured in both British Vogue and Italian Vogue, as well as Glamour Magazine. In The New York Times she was featured as one of ten “Fresh out of Fashion School designers to watch”. 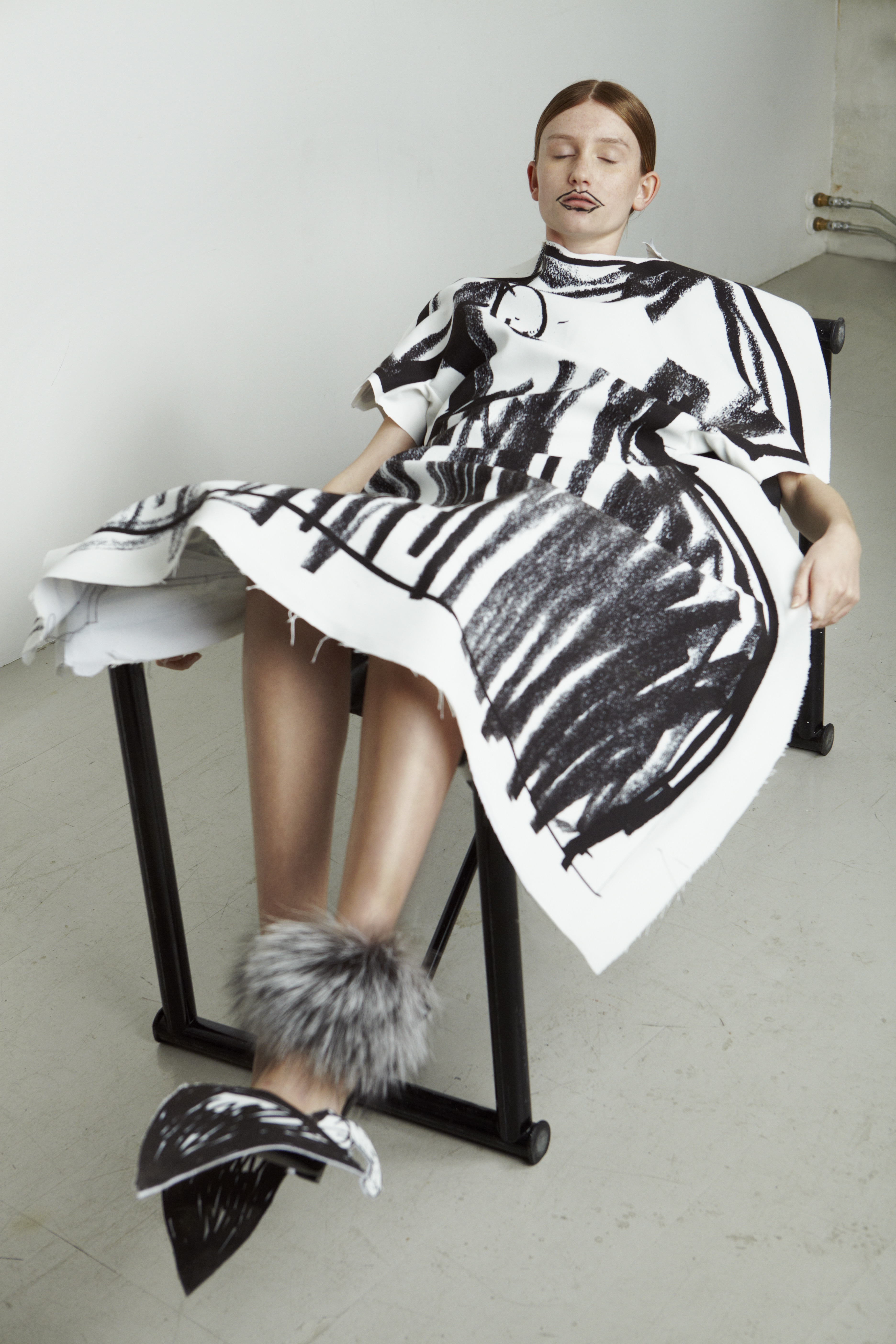