Bugge Wesseltoft on ‘be am’ 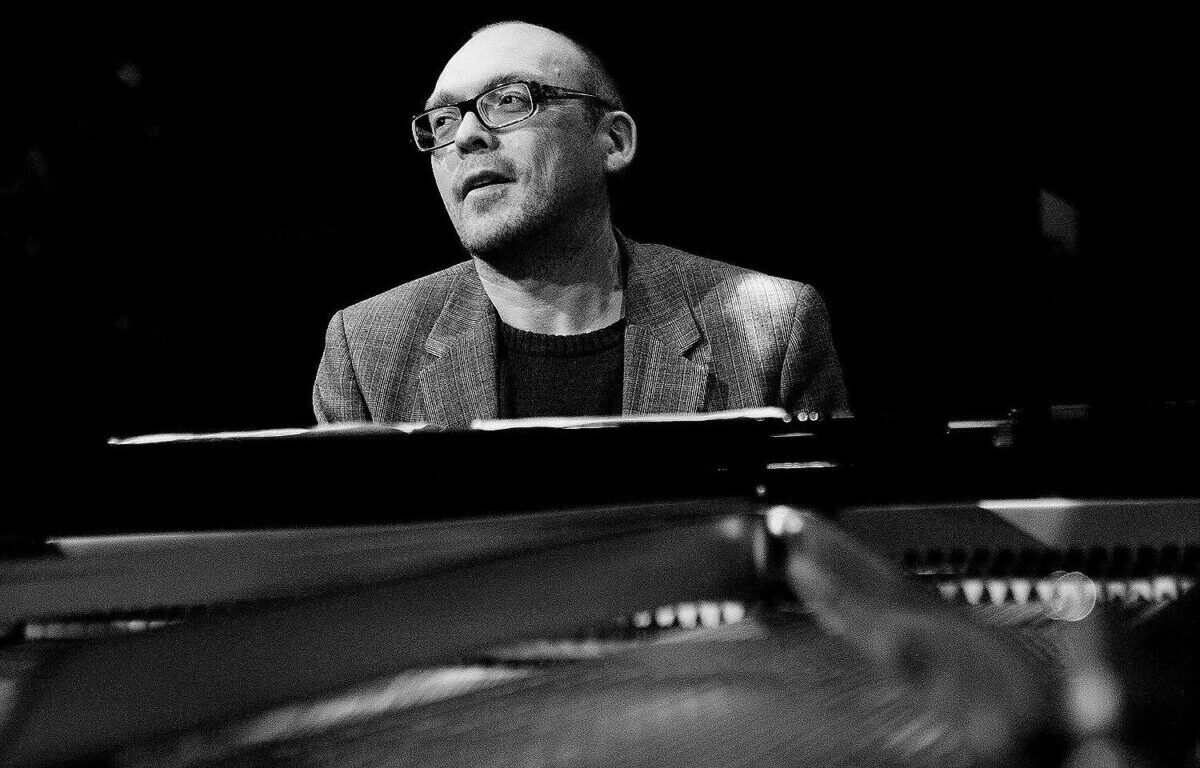 On Monday 9 May Bugge Wesseltoft, ‘prince of post-modern Nordic jazz’, is playing a solo concert at Kings Place in London. Ahead of the concert, Fiona Talkington talks with the Norwegian keyboardist, composer and producer about his latest project ‘be am’.

A conversation with Bugge Wesseltoft brings its own sense of peace and its own inspirations. It’s the same over Zoom as always, even after these unsettling couple of years: his openness, his joy in music, his belief in humanity, his generosity, emerge. And then, of course, there is his unstoppable creativity.   I remember being halted in my tracks when I heard, for the first time, the Rodgers and Hart favourite ‘The Lady is a Tramp’ on his 1994 album Nightsong with Sidsel Endresen: Bugge’s accompaniment on the plucked metal bars of the kalimba combined with Sidsel’s extraordinary vocals totally transforming this song.

Bugge’s breathtaking collaboration with Dhafer Youssef in the early days of my ‘Late Junction’ show on  BBC Radio 3, was unrehearsed and beyond beautiful. And then there was Bugge playing Bach on a piano in St Mary’s Church in Trondheim, and the joy of being able to bring him to Scene Norway at the opening Norwegian Festival at Kings Place in 2008.

It’s to King’s Place that Bugge returns on 9 May, bringing with him music from his latest album on the Jazzland label be am, a glimpse into life in the slowed-down world of the pandemic, very personal music, and yet music which connects so closely with the listener. I remember putting on the very first track ‘Resonate’ and feeling that I was there, in those first few bars, my fingers on my own piano, in a world of my own. ‘Bugge says that ‘be am’, “is about all the time available since March 2020. Over these two years I walked my dog in the morning, went down to the studio where I worked on an idea, or I walked in the forest, and that’s how this album came about. I realise some people think I’m very melancholic or sad but it’s more about just enjoying those small moments and being open for them, so when you come across a corner in the forest and suddenly the sunlight is coming through the trees, you just enjoy those small glimpses of happiness. Not that everything else is horrible, but just to enjoy these small things. That’s what these songs are about.”

“I had literally hundreds of these ideas, and I picked the ones I thought were cool”

“I have an idea very often, too often, and I started singing those ideas on my iPhone because that’s how I remember them. Or if I were at my piano in the mountains or at home, I could quickly record them on my phone.  I had literally hundreds of these ideas, and I picked the ones I thought were cool. Normally, I would bring them into something bigger but this time I’ve left them as small ideas. Because at the moment when I had that idea something was happening that made me have that idea, and I thought maybe that’s enough.” 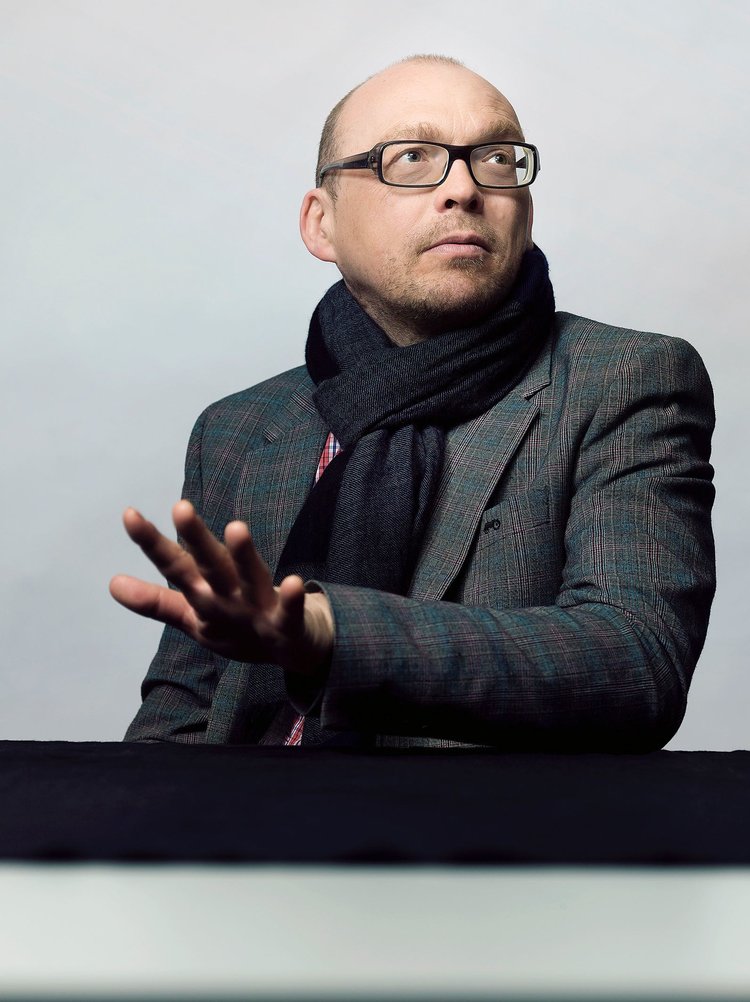 Music was very much part of life when Bugge was growing up; his father is the jazz guitarist Erik Wesseltoft. “We had a piano at home, and they tried to send me to a piano teacher when I was six and I just couldn’t cope with it,” he laughs. “I didn’t understand the relationship between the note on the page and the note on the piano. I’m  really self-taught and self-driven. I met all these wonderful people along the way and that gave me the reason to get better and to improve. It’s a very unacademic way of learning but it worked for me and I’m here and I’m playing music. I wish sometimes I could have a more academic approach because I’d like to play classical music which I love so much but I’m scared to death if someone puts a score in front of me.”

Who are some of these people “along the way”? “Well Arild [Andersen] and Jon Christensen. I changed my musical path after meeting them. I was part of that ‘hip’ scene in Oslo in the 1980s but meeting Arild and Jon they were so different, and it made me so curious. I wanted to understand their approach, so I did a 180-degree turn which was important for me. And all these people I met afterwards, like John Scofield or Charles Lloyd, every time I mentioned Arild or Jon they would light up and treat me differently and it was wonderful to see.”

Bugge reflects on the impact Andersen and Christensen made on the Norwegian scene. “Without them, and Jan Garbarek and Terje Rypdal too, we wouldn’t be known. They were famous from the 1970s. They were the only ones playing outside Norway. In the next generation Nils Petter  [Molvaer] became a big name and I connected with that scene and absolutely our ideas came from the work with Arild and Jon. The best advice they gave me was ‘find your own stuff, don’t try to sound like anyone else’.”

As this new generation was creating its own following, Bugge was finding his own voice: “I wanted to step away from the so called ‘Nordic jazz’ because I was interested in computers and electronic music. And Arild and Jon liked that.” 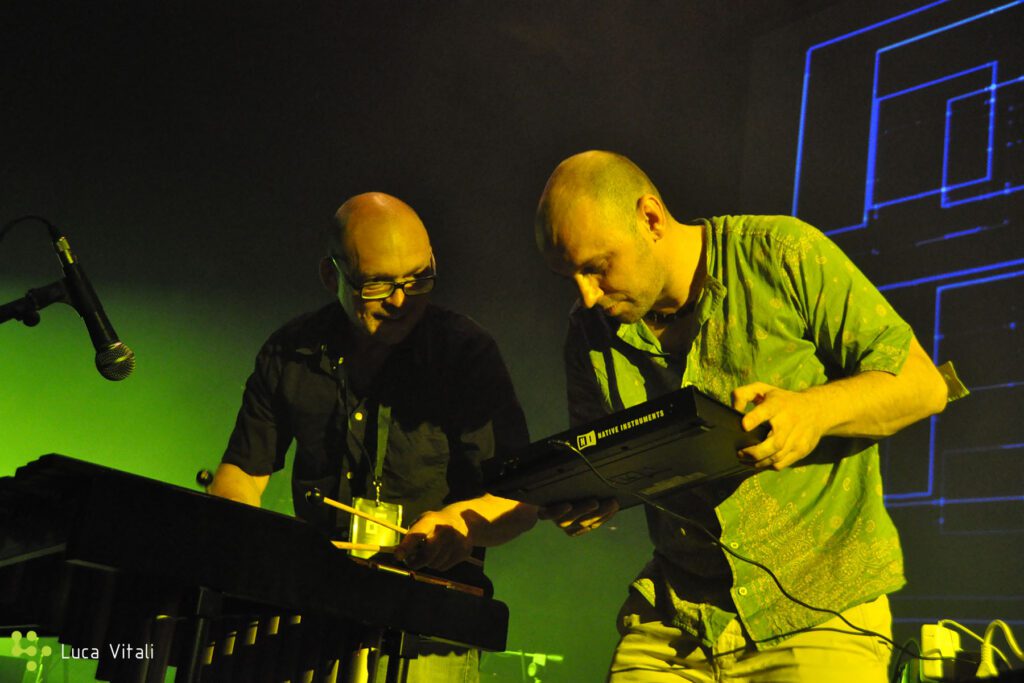 In 1996, New Conception of Jazz was released on Wesseltoft’s own Jazzland label. It proved to be more than simply an album release, defining a shift in Norwegian jazz, with Bugge’s senses of innovation, creativity and vision thrilling audiences with electronics and emerging technologies. These opened up new ways of working, new sounds and new ways of collaborating. They are years that he is justifiably proud of. Twenty years later Bugge began working with a new line-up of inspiring young musicians: sax player and vocalist Marthe Lea, guitarist Oddrun Lilja Jonsdottir, Sanskriti Shrestha playing tablas and drummer and vocalist Siv Øyunn Kjenstad.

As strong women in the music scene, they were a reminder too of Bugge’s commitment to equality and diversity, not just within different communities living in Oslo, but in his connections to music-making in different parts of the world. Pre-Covid he’d travelled a lot to Pakistan, where he’d observed a burgeoning scene of young musicians who had connected online and were sharing each other’s music. While the pandemic had brought many frustrations about being online so much, Bugge flags up a young generation who are totally inspired by this way of working. For example, he tells me about an underground festival he was invited to in Russia where young musicians had connected hip-hop and Siberian music. “I like to see what people are doing, different personalities, and I’m concerned about supporting young and female artists.”  He mentions the Syrian community in Oslo and being able to share in their dabke traditions of Syrian dancing and folk music. Currently he’s excited by how traditional Norwegian fiddlers are connecting with improvised contemporary music and creating something new.

As we come out of the pandemic what is next? “I want to spend more time making music. I’ve been obsessed with playing music for people, because that’s how I thought, and still think, that you develop your music, playing for someone and feeling their reactions in a real time setting. That’s the real way to learn if your music works.  On the other hand, I’ve been doing that for 40 years now so I don’t need to do that so much. I want time to improve my music and to work on a continuation of be am.”

And RYMDEN is touring again. They have been a huge success in recent years, a thrilling, high-energy trio, linking Bugge with two Swedish musicians, bassist Dan Berglund and drummer Magnus Öström (both formerly of the Esbjörn Svensson Trio).”My first proper piano trio project,” laughs Bugge. Not to be missed.

But back to ‘be am’.  As I said a conversation with Bugge brings its own sense of peace, as does his music. While in the beautiful wood-lined hall at Kings Place, imagine walking in the forest with Bugge, experiencing that solitude in these haunting piano melodies. On the album itself the whispers and crackles of nature are even more pronounced, with saxophonist Håkon Konrstad guesting on a couple of tracks; there’s birdsong, and the gentle, magical sound of the kalimba, with which Bugge originally won me over all those years ago.

29 April 2022 | Fiona Talkington is a BBC Radio 3 presenter and co-founder of the award-winning Late Junction programme. She has been working with Norwegian musicians and artists for over 25 years. Categories