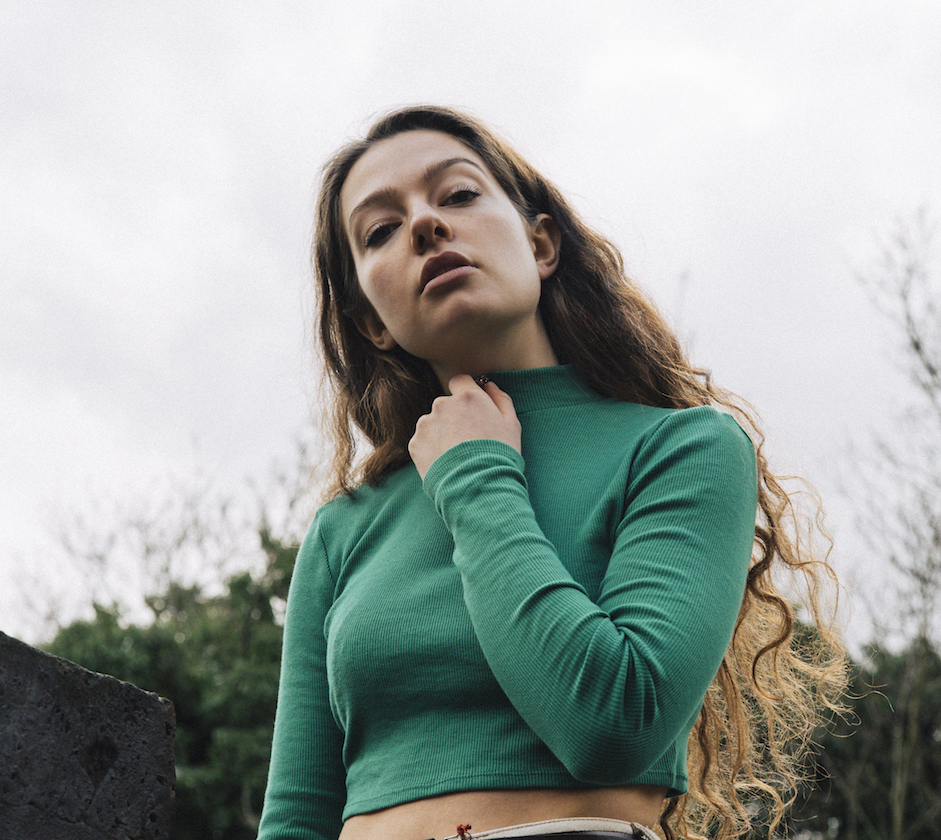 Amanda Tenfjord is a rising star of Norwegian pop music. She has been described as “massively talented” by the Line of Best Fit, with her sound characterized as groove-laced, graceful and hypnotic, drawing comparisons to Adele and London Grammar in the process. At just 21, she’s generated attention with a string of energetic, sassy pop-singles and worked with some heavyweight producers including Askjell Solstrand (Sigrid, Aurora). With her first live performance in London on the horizon, we caught up with her to talk about putting a career in medicine on hold for one in music, learning where she draws her inspiration for song-writing from, and heard what we can expect from her in the future.

For those that haven’t yet heard of you, can you tell us a bit about yourself?

I’m Amanda, I’m 21 years old and I’m half-Norwegian and half-Greek. I moved from Tenfjord to Trondheim a few years ago for university and to focus on writing music. I’m actually three years into a degree in medicine, but it got to the point last year where I realised I couldn’t keep doing both at the same time, so I’m currently taking a year off studying to focus on music. But I do also love studying – I could happily spend the evening working on some maths or something like that.

You co-wrote No Thanks with Odd Martin who has quite a reputation for his work with other Norwegian artists including Aurora and Sigrid. How was that?

Working with Odd Martin was such a lovely experience. Usually I’ll write the lyrics first, or the melody first and then try and combine them. But he made sure we sat down and wrote the song and the lyrics all in one go and got almost everything done at once, which was great.

A couple of your previous singles, No Thanks and First Impression seem to be about relationships that weren’t quite working out. How much do you rely on real life for inspiration when you’re writing your songs?

Both of these songs were actually written more about situations I’d noticed my friends were in, rather than a personal situation of mine. And that got me thinking about life in general – noticing when someone you care about is making a bad decision, or when things look like they’re not going to end well – and what advice I would give to them. I should also say that both those earlier singles make me sound like quite a mean person and I’m really not! But it is fun to enter that mindset when I’m writing and see how it would make me feel.

You’re Signed to Propeller recordings, along with Highasakite and Dagny. How much interaction do you have with other artists on the label?

Propeller had a party a few weeks ago (celebrating their 15th birthday), where a lot of the artists that are signed to them performed and it was a great evening. Dagny wasn’t there but Highasakite played some songs. Moddi also performed and I really, really enjoyed seeing him. He has such an amazing voice. I haven’t actually spent any time writing with any of the artists on Propeller, but it’s a great team to be part of.

What do you enjoy most about performing live? Is there anywhere that you’d really like to play, given the chance?

I really enjoy performing and singing live and for me it’s great to be able see the reaction that my music gets from the crowd. That’s one of the reasons that some of my favourite shows have been in the smaller, sweatier bars, rather than the bigger venues. Occasionally it can be quite challenging, especially if there’s lots of people from the music industry in the crowd. I played at Vill Vill Vest last year and it sometimes felt a bit like some people just wanted you to play a couple of songs quickly so they could move on when they they’ve heard enough. But I like playing with a band, being able to focus on singing and adding a little bit of sass on stage if I want to! If I could, I’d absolutely love to perform at the acropolis in Greece though. Partly because of my Greek roots I suppose, but I saw a concert there and it was just such an incredible space and it looked beautiful. Definitely something I’d like to aim for in the future.

You have your first London show this week. What should people coming to the show expect?

I’m super excited about these shows. The London show will be just the second time I’ve ever performed outside of Norway. I’m planning on doing lots of new songs and I’ll be playing with a new band too which is very cool. Hopefully there’ll be lots of energy on stage. I’m also going to be supporting Highasakite for some of their upcoming shows so that’ll be something else to look forward to.

You covered the Tom Walker song Leave A Light On for a live performance on Norwegian radio channel P3 earlier this year. Why did you choose that song? Are there any artists you’d like to collaborate with given the chance?

I wanted to be able to strip things back for that performance and Leave A Light On allowed me to do that. It was a chance to do something a bit more acoustic where I could play the piano. I’d love to do something with Billie Eilish. She’s full of attitude. And George Ezra has such a unique voice.

What can we expect from you next? You’ve got a solid string of singles behind you now and you’ve just released Let Me Think.Will there be an EP or album release?

I’m hoping that I’ll be able to release an EP next year with an album shortly afterwards. The new material I’m working on will show a different side of me too – probably something slightly more vulnerable and open. Like I said, the previous songs make me seem mean – I’m really not a mean person, so hopefully that will come across too!

Finally, can you give us a couple of tips for other great music coming out of Norway at the moment?

I’ve been listening to a lot of Fay (Wildhagen) recently and think she’s really talented. There’s a band called TOFL who I really like too. They did a cover of First Impression and it was amazing. Such an honour. They sung the lyrics in Norwegian and gave the song a really different twist, which I loved. Obviously I’d recommend Highasakite too. They’re doing really well in Norway at the moment and I’m looking forward to joining them on tour.

What’s jazz got to do with it?