Ever since Sarah Lund stepped onto our screens via Danish television series The Killing, sporting a certain jumper, our interest in Scandinavian wool has been piqued. But the Norwegians have been working in wool for centuries. Katie Treggiden investigates the enduring appeal of this ancient material.

First, we have to look at the history of wool in Norway. Archaeological records show that the history of spinning and weaving in Norway dates back to the time of the Vikings. The Old Norwegian or ‘Gammel Norsk Spælsau’ is one of the most ancient domestic sheep breeds still present in Europe.

The Old Norwegian’s wool is 33 – 36 microns wide and 80 – 120 millimetres long, making it perfect for a range of applications from combing, felting and hand knitting to spinning into yarn. The cold, fresh mountain pastures the sheep graze on deter bacteria and parasites, reducing the need for chemicals in the cleansing of their fleeces. “The combination of these climate conditions and careful breeding through generations has resulted in a course, bulky wool with a high degree of resilience, which is ideal for warm, comfortable blankets,” explains Norwegian designer Kristine Five Melvær. Besides being warm, it is also green – completely biodegradable, Norwegian wool has been verified by the EPEA on ‘cradle to cradle’ criteria, and is certified by the Nordic Eco Label.

Then there’s the weather. Norway experiences long, cold, damp winters – and wool is uniquely qualified to keep you warm even when it is wet, it is highly breathable – outperforming many modern materials, and it rarely needs washing due to its natural lanolin content, which repels dirt. Sportswear brands like Amundsen Sports exploit these qualities with their outdoor clothing ranges named after Norwegian explorer Roald Amundsen (1872 – 1928), the first man to set foot on the South Pole, circumnavigate the Northern Hemisphere, fly across the Arctic Ocean via the North Pole, and reach both the North and South Pole. Well, if it’s good enough for Roald… 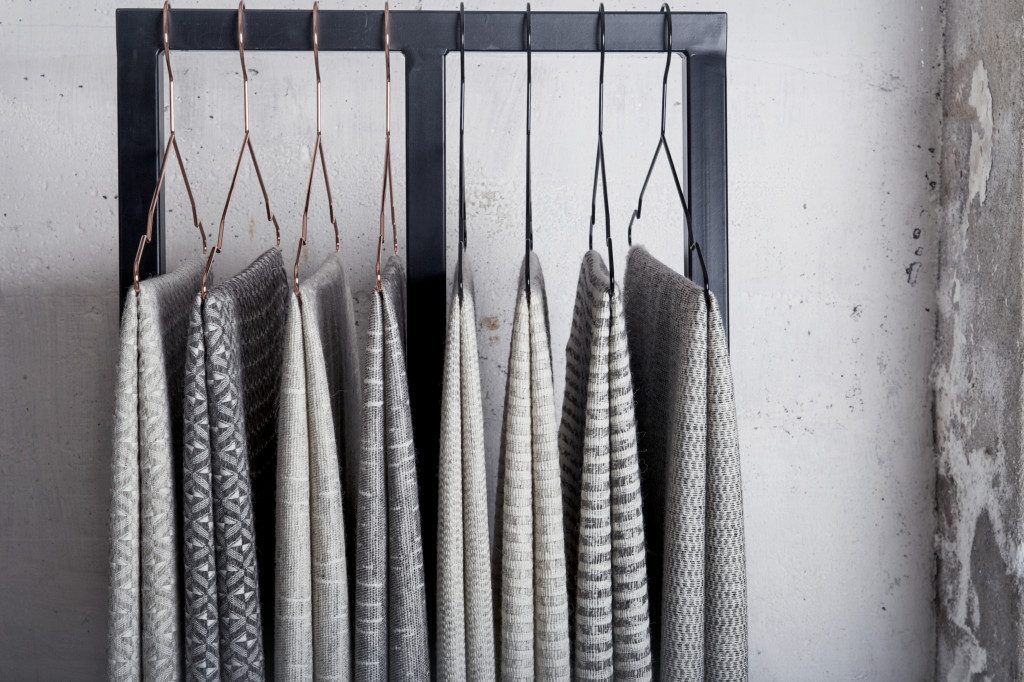 Bergen-based Jon Pettersen, who has produced textiles for The Norwegian Prime Minister’s Residence and Oslo City Hall, believes that Norwegian wool is a “hot topic” at the moment, partly due to the challenges facing rare breeds of sheep. “In Norway, as in the UK, rare breeds are facing a challenge and their commercial value [as meat] has declined,” he says. “This has however reignited an interest in local breeds that fits nicely in line with a strong Norwegian affiliation with our roots and landscape.”

Tied into that affiliation with their heritage is the woolly affair that is the Norwegian national dress. The ‘Bunad’ is based on 18th and 19th Century folk costumes and worn by many Norwegians on special and formal occasions to this day. “In Norway, there is a strong connection with our local identity and one way we keep these traditions alive is through folk costumes,” says Pettersen. “This has kept many of the specialist wool factories in business as they provide the special cloth.”

But what’s really interesting is the way that contemporary designers are eschewing modern materials in favour of working with local producers to reinterpret Norwegian wool for a new audience. 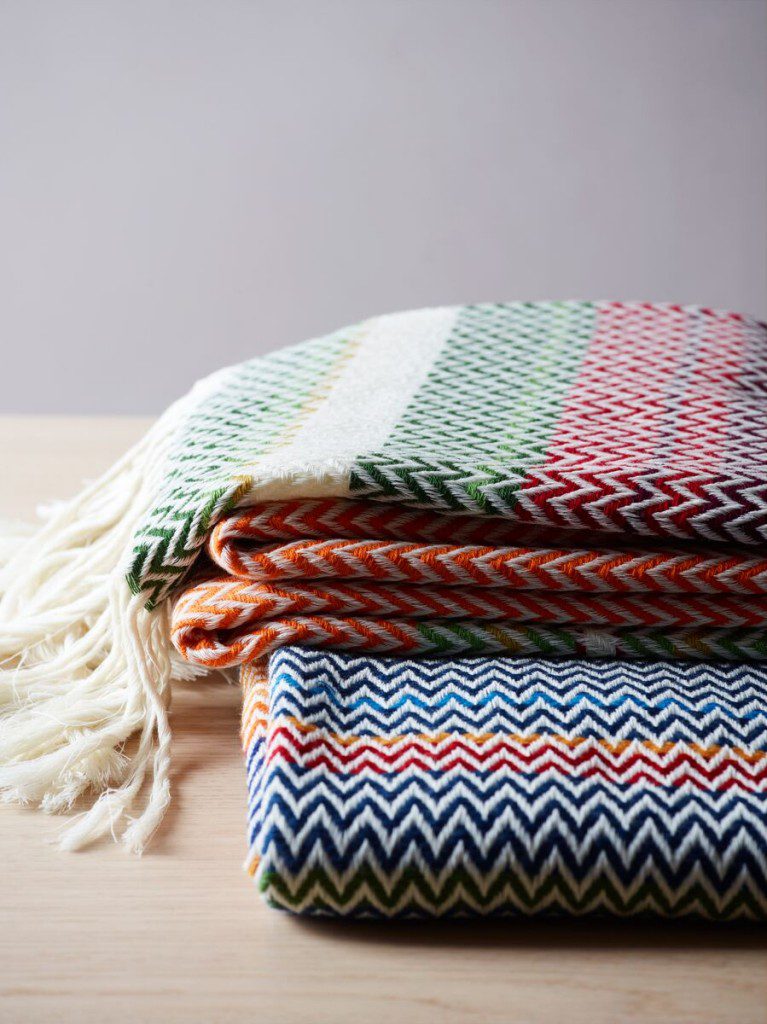 Oslo-based designer Andreas Engesvik’s Bunad Blankets are made by 100-year-old textiles company Mandal Veveri and based on the traditional folk costumes the factory also produces. “The idea for the Bunad Blanket came about one Christmas Eve,” he says. “I was sitting in the kitchen – surrounded by my girlfriend and her family. They were all wearing Setesdal bunads. I sat in a chair while the others stood and walked around me. The abundance of colours, stripes and details was overwhelming. It hit me then that bunads could be experienced as colours composed on a surface.” The first collection, launched at the London Design Festival’s 100% Norway in 2012, comprised 130 x 200 centimetre blankets featuring motifs from five different regional designs; Setesdal, Nordland, Fusa, Bringeklut from West Telemark, and Sunnmøre. “The Bunad Blanket introduces this rich tradition into our daily environments and interiors,” says the designer.

Meanwhile, Kristine Five Melvær chose to work with wool for her Mikkel blanket collection, launched at Milan Design Week earlier this year, for different reasons. “Some Norwegian designers are choosing traditional materials because they want to focus on old crafts,” she says. “I do not use traditional materials because they are traditional, but because they are relevant for the present and future. The environmentally friendly and functional aspects of wool are very relevant today, and new machines like the jacquard weave the Mikkel blankets are made on, make it possible to use the material in new ways. The tactile, cozy aspect of wool is timeless in my eyes.” 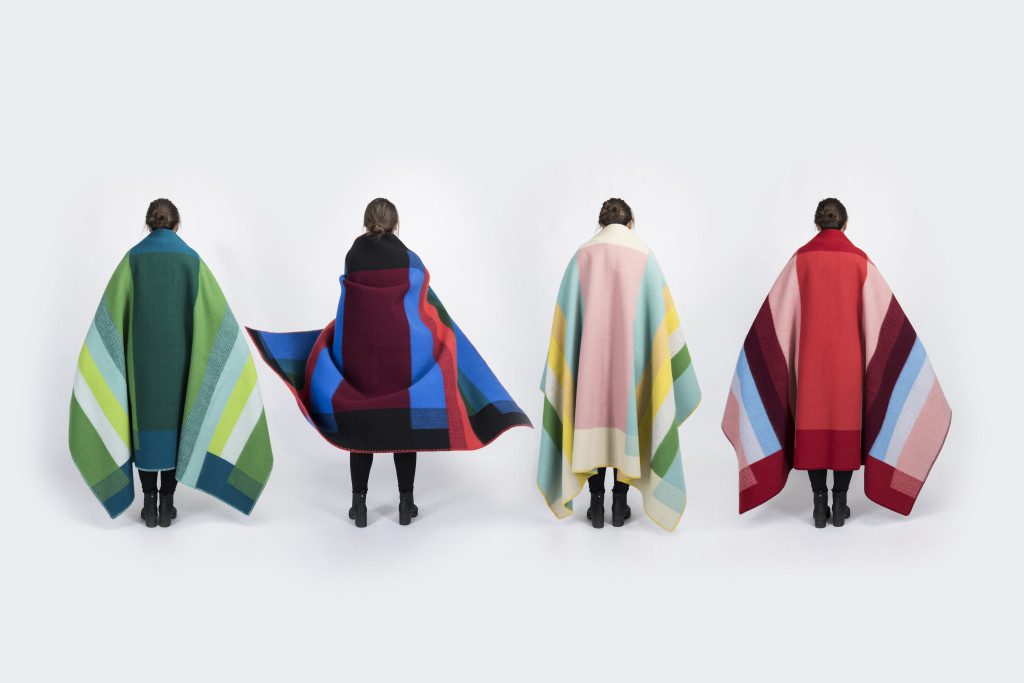 Noidoi is another contemporary design studio working with wool for its material characteristics. The brand’s multifunctional Pulse daybed is made of solid oak with a Norwegian wool mattress. “We were searching for a material that would provide a timeless approach, and give a natural feeling,” says Noidoi co-founder Cosmin Cioroiu. “Norway has a long tradition of using wool and the material is in many ways embedded in the Norwegian culture, but there are other reasons to chose wool. Firstly, it has to do with its tactility and its visual appearance. Wool feels nice to touch and has a warm visual appeal. Secondly, the material is insulating and wrinkle resistant, which was really beneficial in our design.” Although she does concede that Norwegian culture might have had some influence: “Growing up surrounded by nature in Norway, it is difficult not to be affected by it. There is a strong connection between the values of the Scandinavian society and our humble approach towards design, materials and objects.”

Brazilian-born, Norway-based textile designer Kiyoshi Yamamamoto agrees. “Norwegian people have a really nice connection with nature,” he says. “It is a fact that every house in Norway is at least partially made of Norwegian wood. Everyone here can relate to wool, wood and natural materials. It is just a reality.”