This year marks the 59th BFI London Film Festival, and arriving with a splash in the ‘Thrill’ category is The Wave (Bølgen), set in a Norwegian fjord. We had a chat with the BFI’s own thrill advisor, Damon Wise, about Hollywood classics, powerful heroines and fjord holidays.

The Wave is in good company among the festival programme’s Thrill titles, including the tense award-winning drama Assassination from South Korea and one-shot sensation Victoria from downtown Berlin. Damon Wise is nonetheless convinced that the Norwegian film stands out in the selection. 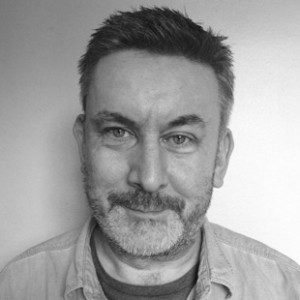 “I want Thrill titles to play to the broadest audience possible, and what I loved about The Wave is that at the heart of this incredible spectacle you have a very ordinary family – it puts you right into the story, where you can almost feel the water. Not only that, the wonderful Ane Dahl Torp gets to play the heroine, which is very rare indeed these days. My proudest moment at the festival launch was seeing the reaction to the clip of the tsunami forming. I would say The Wave is one of the jewels of the Thrill strand, and certainly one of my personal favourites,” he says.

Alongside a crafty Ane Dahl Torp, we find a strong Norwegian cast of Kristoffer Joner, Eili Harboe and Jonas Hoff Oftebro trying their utmost to escape the 80-foot tsunami in Roar Uthaug’s disaster flick. The setting is the beautiful Geirangerfjord, one of Norway’s biggest tourist attractions. The suspense, the thrills and the relatable characters are all present – although there is one thing lacking, according to Wise:

“The Wave reminded me a lot of the classic Hollywood disaster movies of the 70s, like The Poseidon Adventure or The Towering Inferno, while being very specific to Norway. It has the slow build-up, likeable but expendable characters, a stunning set piece and a guest star, Thomas Bo Larsen, who may or may not be a good guy. All that’s missing is a song!”

Wise, who writes for film magazine Empire and spends a lot of time travelling to film festivals around the world, has had plenty of experience with Scandi movie making. Though disaster films are not exactly typical in Norwegian cinema, Wise is not surprised by The Wave’s inrush:

“I wouldn’t say, from my experience, that there is such a thing as a typical Norwegian film – on last year’s festival circuit alone I saw films as diverse as 1001 Gram, Blind, The Sleepwalker and In Order Of Disappearance (aka Kraftidioten), so I’ve come to expect the unexpected. Having said that, the visual FX are quite excellent and hold their own against any Hollywood blockbuster, so I hope there are more to come. There’s enough snow and water, right?” he says jokingly.

The Wave has been phenomenally successful in Norway, becoming the third most-viewed Norwegian film ever during an opening weekend – just after Kon-Tiki (2012) and Jul i flåklypa (2013). However, some have suggested it might not be the best advertisement for Norwegian tourism, partly thanks to its worrying tagline: “It has happened before, it will happen again”.

We asked Wise whether he was tempted to book a trip to the Geirangerfjord after watching the film: “That’s a tough one! I would, but I’d be looking over my shoulder the whole time. And I would definitely find out how long it would take to get to safety.”