The Sámi Pavilion at the Venice Biennale 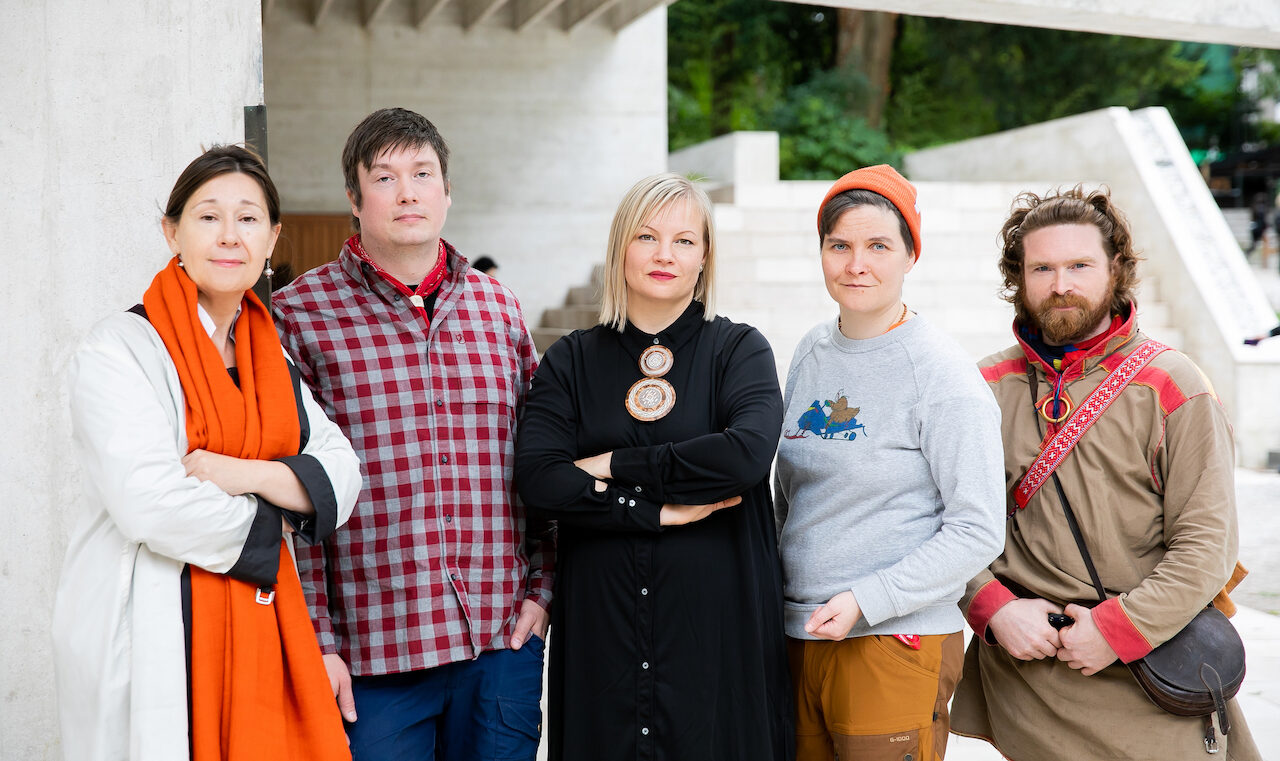 At the 59th International Art Exhibition of La Biennale di Venezia the Nordic countries have reimagined their presence as a ground-breaking Sámi Pavilion.

“If we take care of the land the land will take care of itself”. This is the ethos of the Sámi, the indigenous people who live and work across a vast strip of territory known as Sápmi, a region that takes in areas of Norway, Sweden, Finland and Russia. 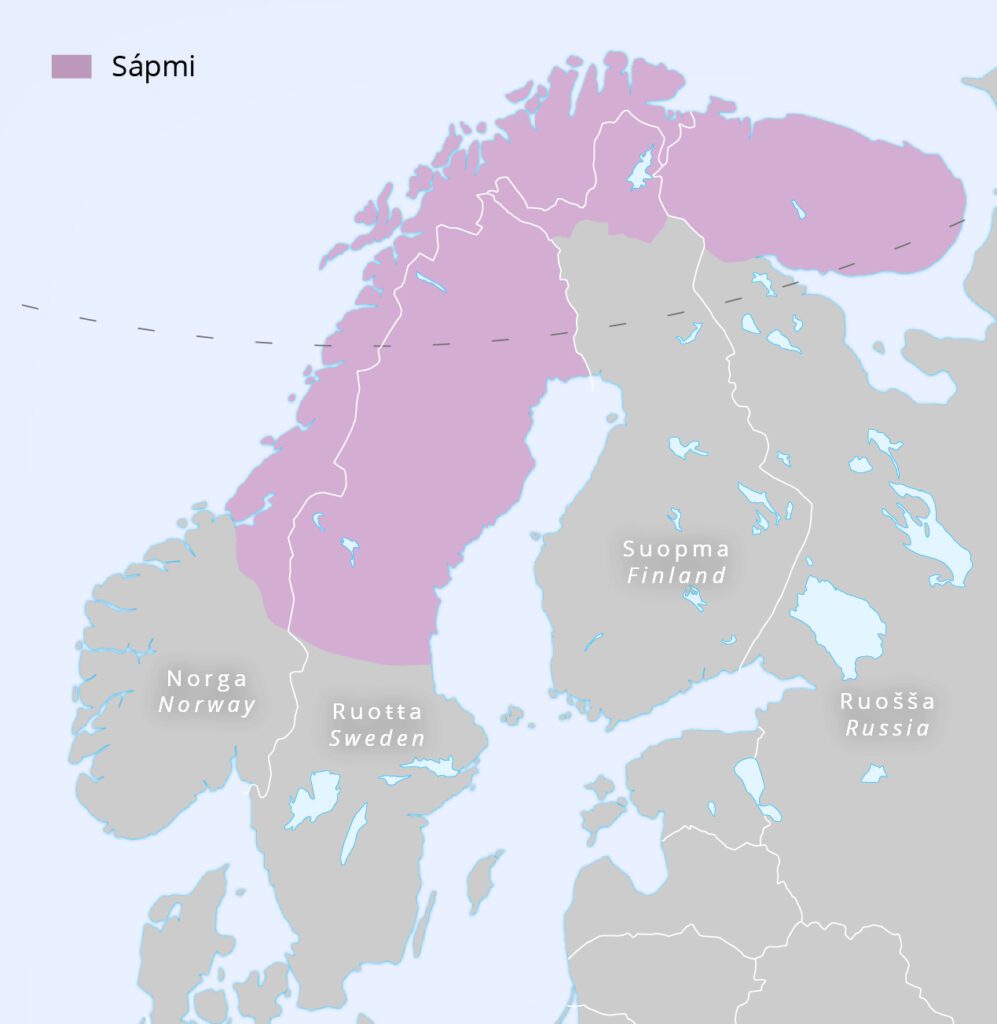 Map of Sápmi by Grid Arendal

That philosophy – one in which humans are not separate from geography and nature but just one of many participating elements – extends to their art, as exemplified in a moving body of work presented by three Sámi artists for this year’s Venice Biennale. For the first time, the Nordic Pavilion has been reframed as the Sámi Pavilion. The exhibition highlights indigenous peoples’ contribution to contemporary art and the importance of artistic freedom of expression, diversity and uniqueness. The artists raise questions that many Sami and other indigenous peoples raise about self-determination, identity, climate change, the right to land and water, and issues surrounding deforestation.

Staged in the Pavilion of the Nordic Countries, designed by the Norwegian architect Sverre Fehn and completed in 1962, the Sámi Pavilion Project will incorporate the work of three artists – Pauliina Feodoroff, Máret Ánne Sara and Anders Sunna – working across a broad array of media, from painting and sculpture to film and dance.

Katya García-Antón, commissioner and co-curator of the Sámi Pavilion Project, notes that while the three artists have different practices, they have a united message: “They all struggle and strive to defend Sámi world views – especially the interdependence of lands, waters and people – and have found the arts to be one of the few remaining spaces in which to make their voices heard.” 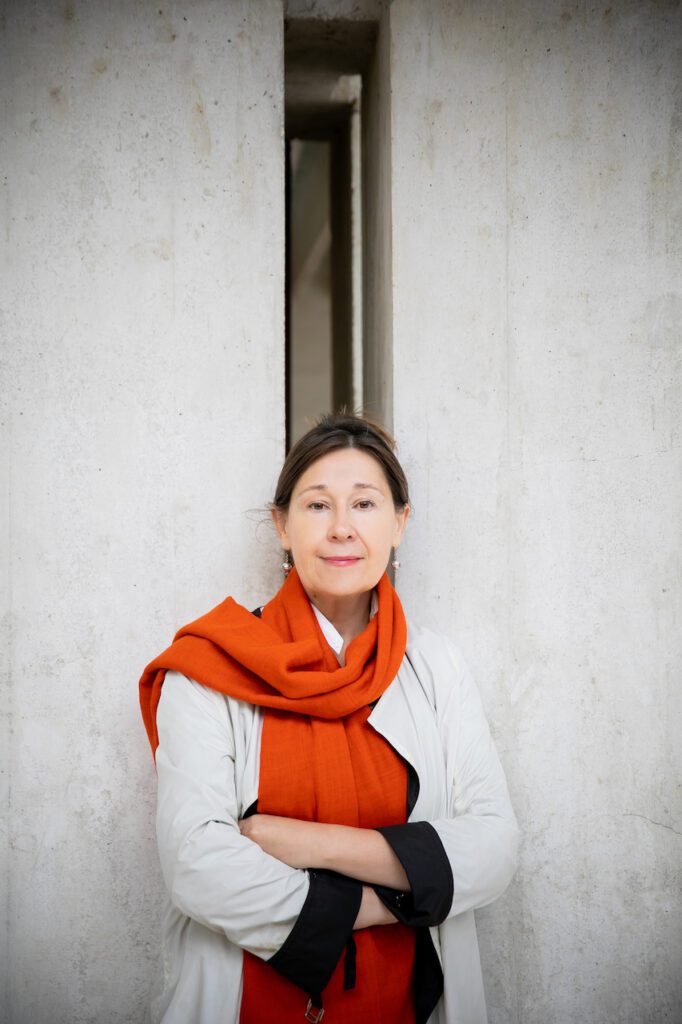 At a UK launch of the pavilion project this spring, held at London’s Institute of Contemporary Arts, García-Antón described the three artists as “leaders of their generation” whose work “is as much individual as it is a representation of the collectivity that they are part of.” Kinship – between peoples, lands, waters, floras and faunas – lies at the heart of Sámi perspectives, and in turn, contemporary Sámi art, which itself is viewed through the prism of duodji, a concept that combines philosophy, ethics, spirituality, craft and aesthetics.

García-Antón has co-curated the pavilion with Sámi scholar Liisa-Rávná Finbog and Beaska Niillas, a Sámi nature guardian and activist. The pair are keen to emphasise how ground-breaking the pavilion is in terms of cultural history. “This is the first time the Sámi people claim a sovereign space in this way,” Finbog says “We are a people who have a long and beautiful history. But how many know that history? How many people know its present? The Sámi Pavilion presents the artists of today, exploring ideas, images and issues that are part of our past and continue to be relevant today.” Niillas agrees, describing the artists as “heroes in today’s society.”

The three artists selected for the pavilion arrive from different parts of Sápmi. Similarly, their work covers a lot of terrain, with examples of performance and painting, the situational and sculptural. Threaded throughout, however, is a narrative of lost traditions and resources at risk, and a critique of the forces environmental, economic and political which are imposing on Sámi ways of life. 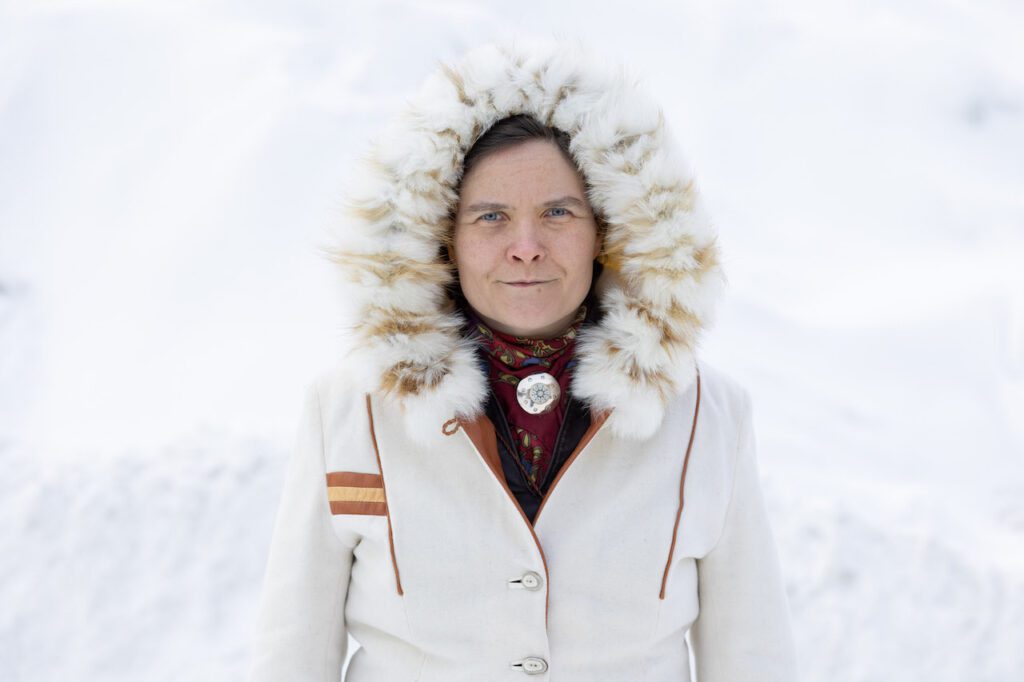 Pauliina Feodoroff is an artist, theatre director, Sámi land guardian, and politician, with roots both in Keväjäu’rr (in the Finnish part of Sápmi) and Suo’nnjel (in the Russian part of Sápmi). Feodoroff’s work centres on the intersection between the personal, political and environmental. Her family’s land has been impacted by the rapid tides of war, logging practices, pollution and climate change. Through a combination of media – drawing on performance and visual arts but also projects involving the revitalization of land – she explains that she aims to protect the “ancestral land we have occupied for centuries” from exploitation.

“Our message is, please do not buy our land, buy our art instead”
Pauliina Feodoroff 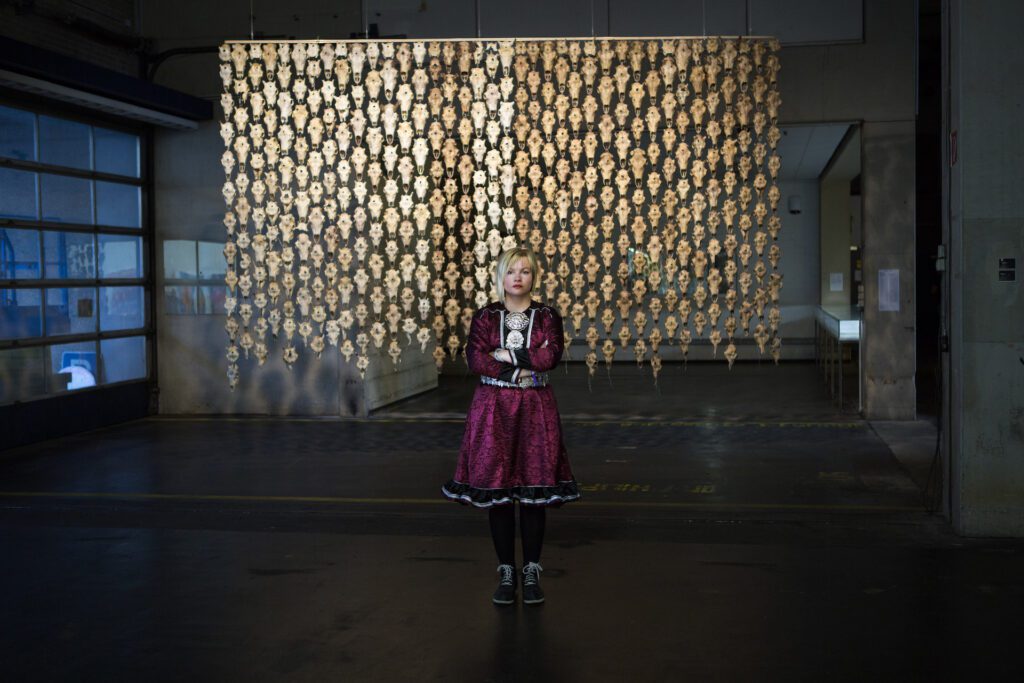 Máret Ánne Sara is based in Guovdageiadnu, on the Norwegian side of Sápmi, and comes from a reindeer herding family. She is a visual artist, novelist and activist. For her most celebrated work, Pile o’Sápmi, she produced a monumental sculpture of reindeer sculls in protest at the enforced culling of her brother’s reindeer herds, a battle that they took to the Norwegian Supreme Court. Her new works incorporate the carcasses and gut linings of reindeer. At the ICA, Sara insisted that while referencing the damage felt by Sámi communities, “by handling these brutal materials, in a way, it is also a healing process.”

“From an Indigenous perspective, I don’t see humans as superior or central”
Máret Ánne Sara 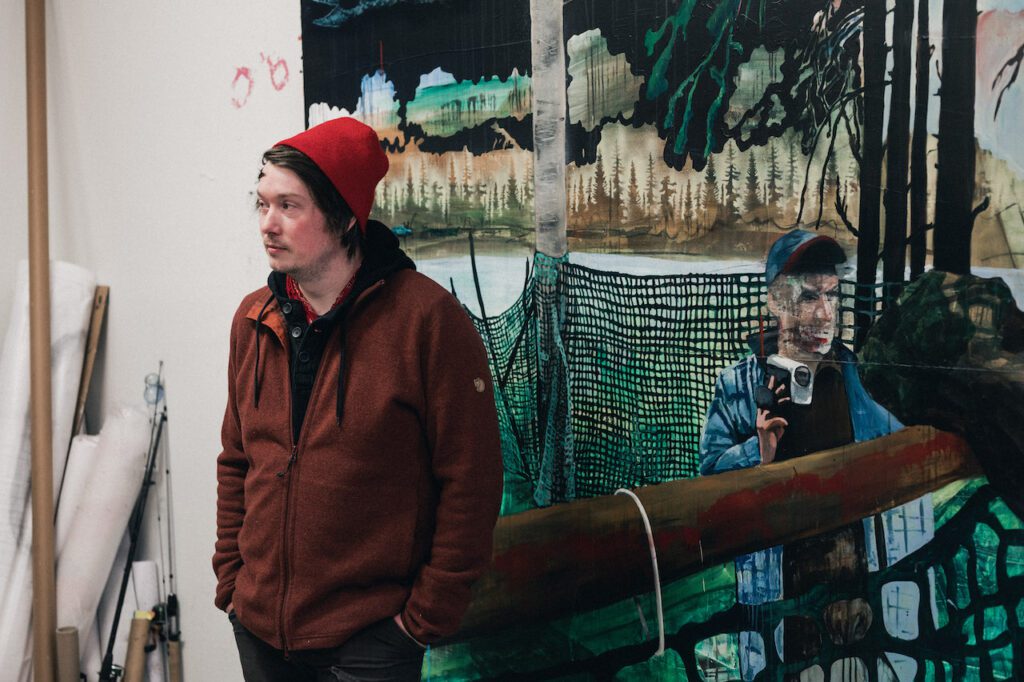 Anders Sunna comes from a family of forest reindeer herders in Kieksiäisvaara on the Swedish side of Sápmi. His work is rooted in the personal: large-scale installations of paintings, murals, sound and poetry that, as he says “tell stories of what happened to my family.” Sunna’s work reflects on years of legal battles with various governmental bodies in defence of their land and reindeer-herding traditions. His diverse art practice incorporates a huge array of unusual media, including animal skeletons, fire, knives and legal documents.

“Today our family has no rights at all, we have lost everything”
Anders Sunna

In late August, ÁRRAN 360°, a pioneering film programme to complement the Sámi Pavilion, will open on the Venetian island of San Servolo. The work of six Sámi filmmakers and digital artists – Elle Márjá Eira, Márja Helander, Ann Holmgren, Hans Pieski, Silja Somby and Lisselotte Wajstedt – will be presented in an immersive 360-degree screening room housed in a Lavvu, a tentlike structure similar to a tepee. The programme will be created by the International Sámi Film Institute. Árran in Sámi means the fire hearth around which people gather to talk – and these films look set to spark debate.

An Environmental and Social Legacy

While the Sámi project at Venice has huge art historical significance, the pavilion’s organisers hope that it will leave an even deeper impression, as Katya García-Antón explains: “The increasing impact of climate change has finally focused the world’s attention on the urgent need to listen to lands and waters. This is at the core of Sámi perspectives and has been since time immemorial, which is why it is essential to pay attention to Sámi knowledges when confronting and combatting climate change.” 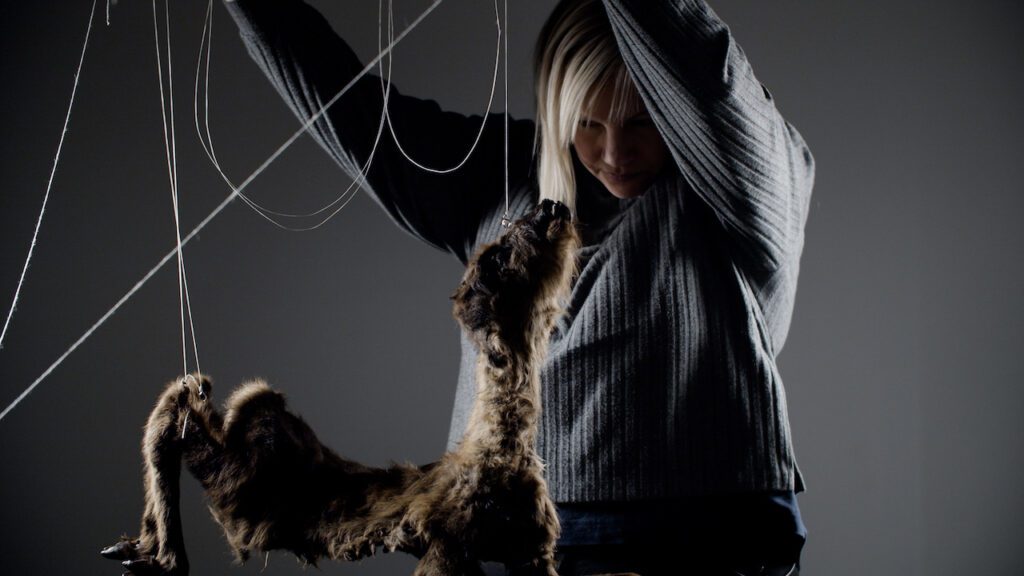 Máret Ánne Sara in the film The Sámi Pavilion, by Egil Pedersen. Commissioned by OCA, 2021

And, as Pauliina Feodoroff observes, the Sámi Pavilion – which brings the story of Sámi communities to the epicentre of the contemporary art world – provides a platform for increased societal empathy. “I have been working all my life within structures that I have made myself,” she says, adding: “But this can amplify something.”

For more information on the Sámi Pavilion visit: Office for Contemporary Art Norway

14 April 2022 / Christian House is a freelance arts and books writer for Financial Times, Sotheby's and The Art Newspaper. Categories