Norwegian author Karen Havelin has turned her traumatic struggle with illness into an experimental – and profoundly cathartic – novel. Cheri Amour met her in London to discuss writing workshops, surgery and Buffy the Vampire Slayer.

“I was so nervous,” Karen Havelin states. “But it flew by.” The Norwegian author is fresh from the BBC studios in London, having just appeared on Women’s Hour on Radio 4 alongside fellow author Eleanor Thom. Havelin and Thom have become a bit of a double act of late, having already shared the stage at a recent Waterstones’ event. Both writers have detailed their experiences of living with endometriosis – a condition where the tissue lining of the uterus (endometrium) grows on other pelvic organs, an ailment which typically causes long-term pelvic pain. As many as one in ten women are reported to suffer from the disease.

While you will find Thom’s book, Private Parts: How to Really Live with Endometriosis, in the self-help/memoir section of bookshops, Havelin’s Please Read This Leaflet Carefully is firmly shelved under fiction. Presented in eight small vignettes, the book channels Havelin’s experiences of the illness through the character of Laura Fjellstad, a single mother living in New York. But instead of progressing chronologically, the narrative is reversed as we hear her story fray and digress back into a muddled youth of hospital visits and unresolved tests. Paul Beatty, winner of the 2016 Man Booker Prize, remarked that her novel “dares you to be nosy, to eavesdrop and listen in to a stoic young woman whom no one noticed until she began to disappear”. The result, he said, is “a burning triumph.” 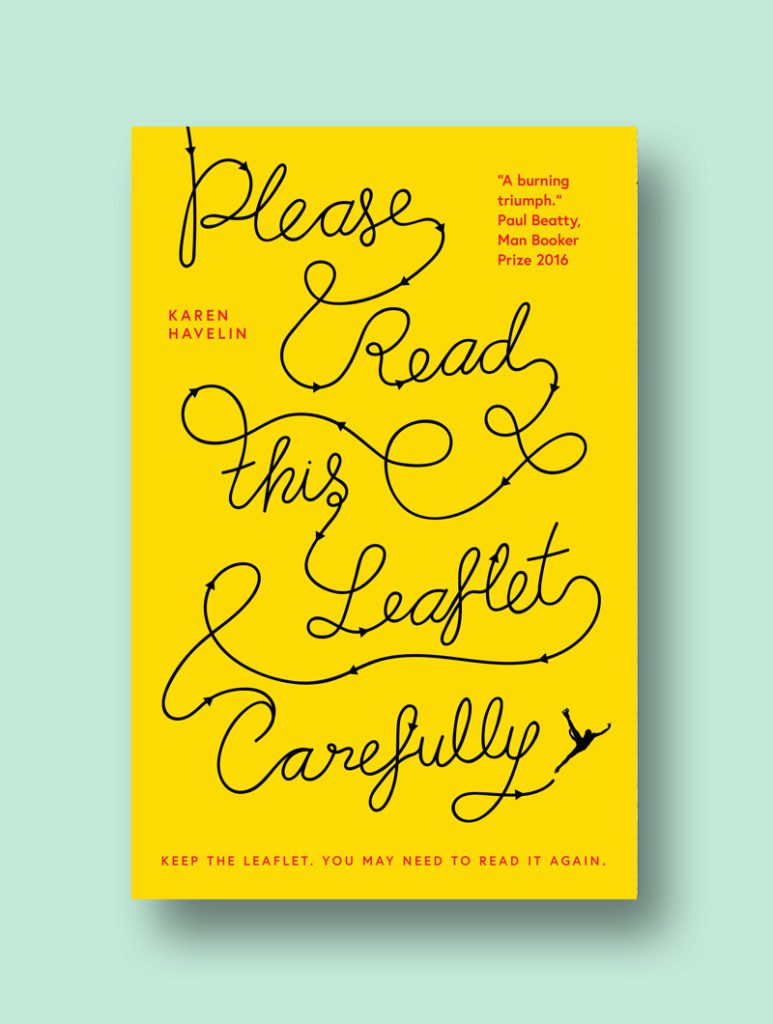 I meet Havelin in a café off Picadilly Circus. Despite the heat – the summer is making the city unbearable – Havelin orders a green tea and tucks herself into the booth across from me. In Please Read… Fjellstad possesses an unwavering belief that to survive chronic illness she must be self-reliant. Testing her character’s conviction wasn’t hard for Havelin. She struggled with her own diagnosis of the disorder for over ten years, and it seems she’s not alone. When Woman’s Hour posted on Twitter and Instagram that Havelin and Thom were appearing there was a wave of interest. She scrolls through the Instagram comments on her phone. “They actually gave us a little more time than they planned because there was such a response.”

It appears that the media are finally addressing mental and physical health issues faced by more than half of the world’s population. This, perhaps, is due to the #MeToo movement, which has held a bullhorn to young women’s voices; but also, in part, because celebrities, such as the actress Lena Dunham, have spoken out on their own health issues. “The rest of culture is catching up with the level of rage that I’ve been at for years,” Havelin explains.

I suggest that the shift must seem momentous, particularly when considering how raw she felt when she started the book. “It felt liberating to be writing about it because it was present in my mind. It was almost illicit like it wasn’t allowed but then because of the place that I was in and the great workshop teachers that I had, I could go deeply into it.” Havelin is referring to Columbia University, where she studied for her MFA in Fiction (in 2013). It is a biographical detail she shares with her protagonist.

At Columbia, Havelin saw her fragments of fiction begin to take a larger shape, an exciting development for a writer who had previously focused on poetry. An unconventional narrative form presented itself. “Towards the end of the course, my thesis advisor at Columbia gave me the wonderful gift of the backward structure,” she recalls, refilling her teacup. “She even said: ‘What if it went backward and you ended on this paragraph? I could finally see that it could be a novel. But I wasn’t sure if anyone would want to read it.” She need not have worried. The author Kit de Waal recently described Havelin’s book as “a novel that reads like a memoir, the best kind that draws you in and changes the way you think about relationships.”

Readers have embraced the book, many seeing their own experiences represented through the frustration and pain felt by Fjellstad. In a recent article for Nylon, the women’s lifestyle site, Havelin drew a heartening parallel between 1990s television superhero Buffy The Vampire Slayer and her own half-lit world of appearing normal while being in peril. “Part of what made the show resonate so loudly for me was that Buffy, too, kind of has an invisible illness,” Havelin writes. “She feels a lot of pain that the rest of the world cannot see. She is fighting monsters and hideous things and is always in mortal danger, performing secret heroics that look like nothing to the rest of the world. All they can see is that she’s doing a bad job of being a regular person.”

By exposing some of her most vulnerable moments, Havelin has extended a hand to others who remain in the shadows. “People are sort of popping up. It’s not huge numbers but they’re wonderful messages and I’m so grateful for that. It makes me feel good to have been able to do something that makes a difference for someone,” she says. “There were many times where it would’ve made sense to quit and I’m glad that I didn’t. This book only represents one story but not a lot of people could have written it because most of the people with similar experiences are just trying to keep their head above water.”

Acceptance and recognition is touching for someone who has struggled for more than half their life with a serious illness. “Right now, I’m having this moment of gratitude for this life moment. It doesn’t always feel as real as it does today. What I keep saying – and what I really do believe – is that it matters to see stories that resemble your own life,” she says. She repositions herself on the red leather seat before picking up her thread. “If you haven’t, you almost don’t feel like you exist and other people don’t feel like you exist. I feel like it’s almost a revolutionary thing to put a tiny spotlight on this. To take up a tiny bit of space or put up just one tent.”

That tiny tent is getting a bit cramped, with virtual messages from young women across the globe and a wave of critical praise. Following the positive response to her Woman’s Hour feature, Havelin’s book has been shortlisted for this year’s Not The Booker Prize, nominated by readers of The Guardian. However, she recalls reading through rejection emails from prospective agents in her hospital bed. “One time I had surgery and I was up in the middle of the night and I couldn’t fall asleep because I was feeling so terrible. I checked my email, and I’d gotten a rejection letter and they had written the wrong name,” she laughs.“So, I feel like I’m entitled to feel happy with myself. Because it took a long time and it was rough.”

Towards the end of Please Read This Leaflet Carefully, Laura Fjellstad is down in the dank New York subway. It is one of her darker days and she asks herself: “Why do I draw the lightning from the sky while others have a safe, clear road for years and years?” By pouring herself – illness and all – into her novel, Havelin has used such lightning strikes to power a positive message. As she noted on Women’s Hour, “The illness shrinks the further you go in the book.”

23 August 2019 / Part-time guitarist and full-time feminist, Cheri Amour is a freelance writer, editor, and broadcaster with a strong focus on women in music. Her words can be found across the pages of Oh Comely, BUST magazine and The Line of Best Fit. Categories