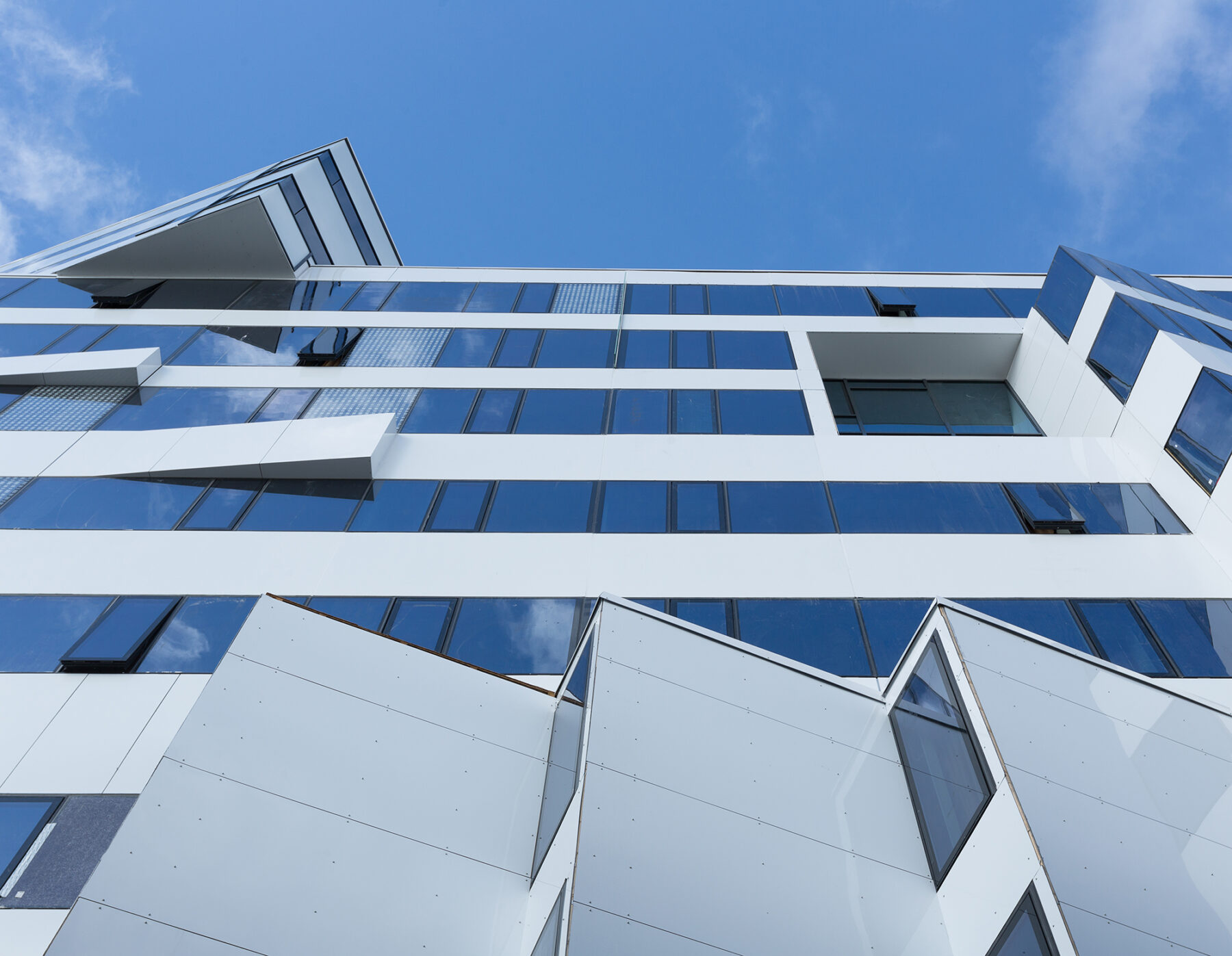 On 27 October The Edge Hotel in Tromsø, Norway, was awarded The European Property Award. The Edge received the award in the hotel architecture category.

The hotel is created by Niels Torp + Arkitekter, and The Edge is now through to the international final in December. Since its opening in May 2014, the hotel has acclaimed wide praise both from travelers and locals in Tromsø combining a meeting spot and an enhancer to the polar experience.

– The building is made with inspiration from the arctic surroundings. The white surface and the triangular forms accompanies the Ishavskatedralen on the other side of the bay, says Niels A. Torp.

The Hotel is built so that the natural light will reflect differently on the many sides of the building. While some places seem dark, another place can look pink or bright.

The European Property Awards was established 17 years ago and is one of the world’s most prestigious awards in the field of architecture and property development. In the final, The Edge will compete with other winners from around the world. Niels Torp + Arkitekter has created many well-known buildings, British Airways Main Offices, Gardermoen Airport terminal building and Vikingskipet in Hamar, just to mention a few. 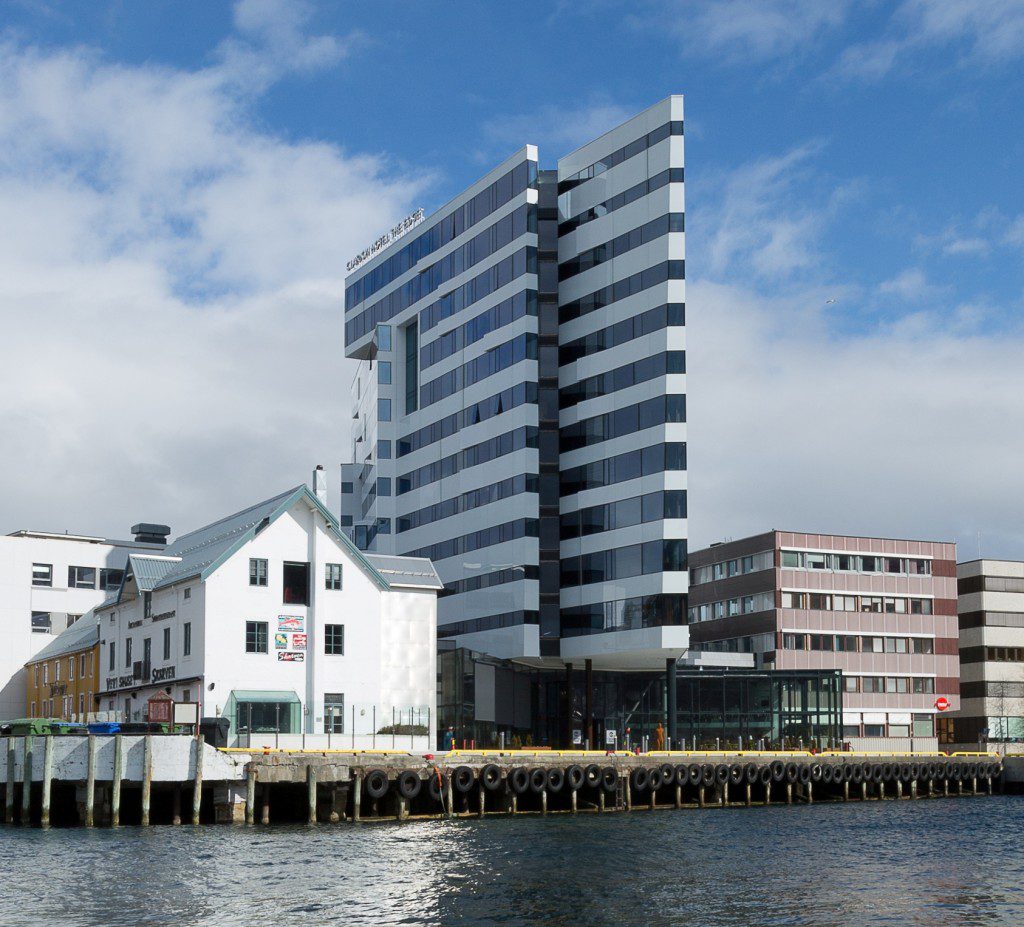 The Edge Hotel in Tromsø