Norway and the Scottish Isles: Pieces on the Same Board

A newly discovered medieval chesspiece attributed to the fabled Lewis Chessmen – to be offered at Sotheby’s this month – is a unique relic from a time when the Hebrides and most other Scottish Isles were part of a vast Norse cultural domain.

The original hoard of 78 pieces – dating from the 12th or 13th century and carved out of walrus ivory and whale teeth – was discovered in 1831, having been buried in the Lewis sandbanks centuries earlier. “Scholars have proposed competing theories on the origins of the Lewis chessmen,” states Sotheby’s catalogue. Some say they are from Iceland, others from the Scottish Isles themselves. However, Sotheby’s explains: “The leading theory on the origins of the Lewis chessmen is that they are Norwegian, and most probably from Trondheim.” 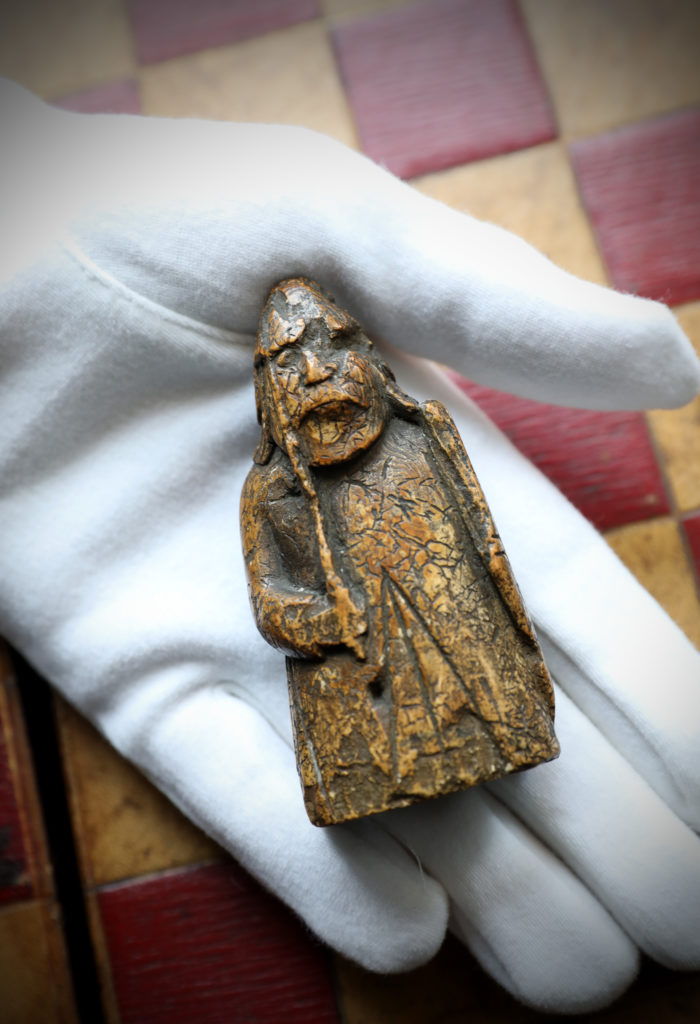 The peculiar style of the chessmen may for a modern viewer seem foreign, or misplaced, but in fact it reflects the contemporary visual style on Lewis from the 12th century. This was a time when the Kingdom of Norway was one of the foremost maritime nations in Europe. Its coastline was the longest in the western world, and included the Inner and Outer Hebrides, the Shetland Isles and the Orkneys, as well as Iceland and the Faroes. On these islands, Norse language, habits and laws prevailed for centuries.

In 1993, when I was in my early twenties, a friend and I walked the islands of the Outer Hebrides, from South Uist to the Isle of Lewis. Over the course of our time there we became aware of the strong bonds that still exists between the islanders and Norwegians. These places have a particular and immediate appeal for many Norwegians. 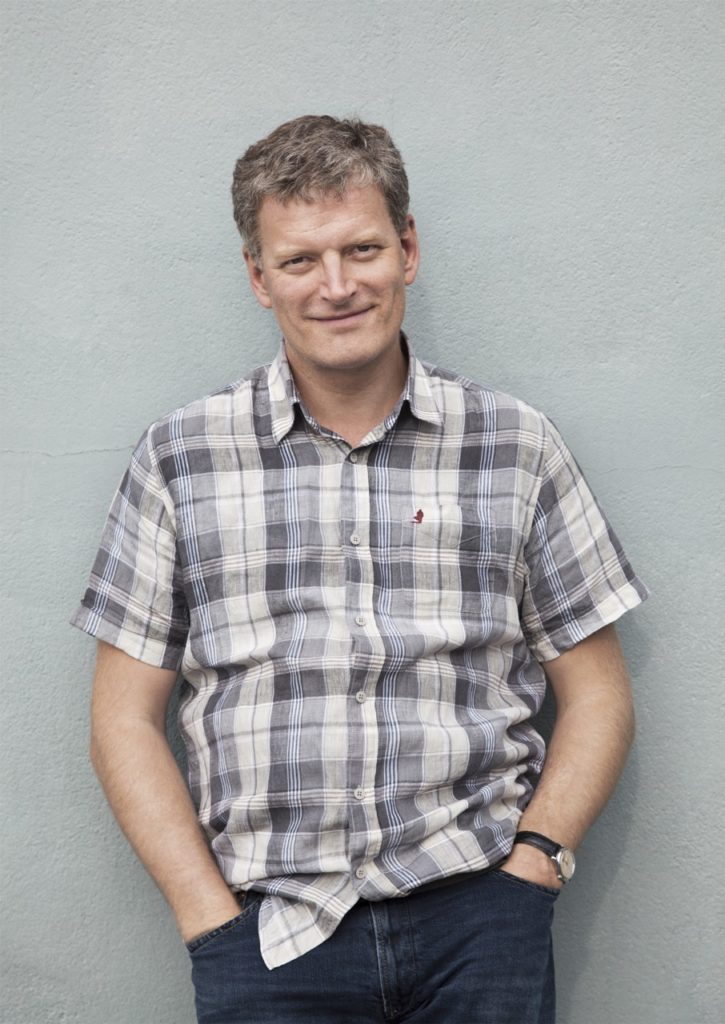 In the island people we find the same affection we might have for distant relatives – we are quick to point out similarities, not differences. We have a deep well of shared values and culture, not least the common ground of our etymologies. Eighty per cent of place names on Lewis are of Norwegian origin.

After hitching a ride in a Transit van full of sheep and spending a sunny day on a fishing boat, our journey ended on Lewis, where we got invited to a party. The Norse name for Lewis was Ljodhus –my favourite of the many interpretations is “loud house”, a long public house filled with people in high spirits. We certainly embraced that definition. That night I gained a lifelong affection for the Scottish bands Runrig and Big Country. This was music to move mountains by. 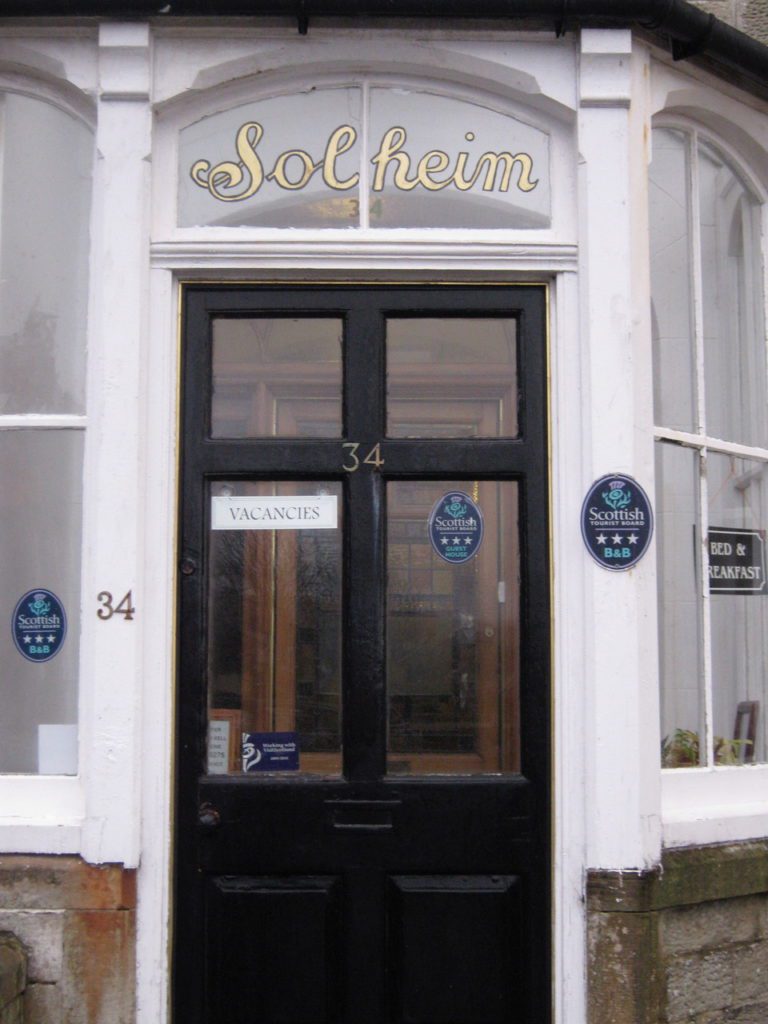 The next day we set off for Uig, where the Lewis Chessmen were found. We had a map, but of course we ended up in the wrong Uig, for which we can only blame the old Norwegians. Uig is derived from Norwegian vik –a bay. The Vikings were not imaginative with their place names, and this has been an enduring source of confusion. Places were named from the perspective of a boat,not from land, and always relating to their suitability – or not – for seafaring. In Shetland many bays are called voe, and those that are especially suitable to make a harbour, a hamn, were called hamnavoe. There are dozens of Hamnavoe in Shetland, and near impossible for foreigners to distinguish between them.

The islands are where we can find traces of the post-Viking age – the names, the inherent logic of the settlements, and the constant challenge of the weather and the sea makes it easy for us to imagine conditions a thousand years ago, much more so than along our own coast. Tales of our common past are met with mutual interest. One is the mystery of why an old, common Norwegian folk dress has the same pattern and weaving technique as a tartan originating in the Orkneys. Most believe the Norwegian dress was inspired by visiting Orcadians, but a few have made the bold theory that the tartan pattern was originally Norse, forgotten here and continued there.

An incident from 1745 acts as a reminder that the distance is similar from Shetland to Norway as to mainland Scotland. Two girls were returning by boat to Uyea near Unst, having milked cows on a nearby island, when they drifted out to sea. They survived on milk, and a few days later reached land at Karmøy, near Stavanger. There they were well received and soon married; their ancestors still live in Karmøy.

My memories of the Isles never faded. Many years later, my visit helped inspire my novel The Sixteen Trees of the Somme, which moves between Norway and France, but first and foremost Shetland, where I spent a long period of research in 2010. I knew from the outset that events in Shetland during the Second World War would be integral to the novel. 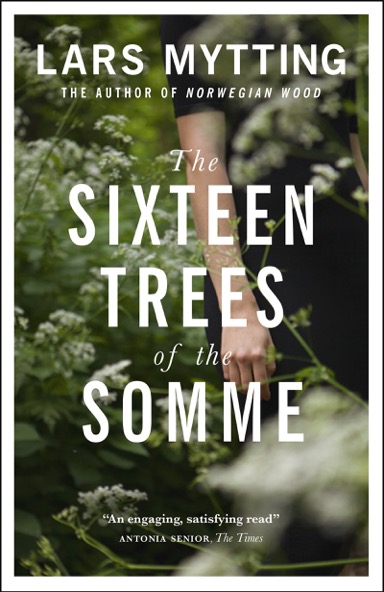 The Sixteen Trees of the Somme by Lars Mytting (MacLehose Press)

On a memorable day in Scalloway, I had tea with a lovely elderly lady who agreed to talk about the past. She told me how she and many other Shetlanders had perceived Norway and Norwegians in the pre-war years. History had taught them that 1472 was a sad year, because Christian I of Denmark and Norway – then a union – offered Shetland and the Orkneys as dowry for the marriage of his daughter Margaret to King James III of Scotland. Shetland was called Hjaltland then – Hjalt being the handle of a sword. This old language was to fade into English. The years that followed were dark times. The Scottish lairds declared the Viking laws null and void and made tenants out of previously free men.

Over PG Tips and a box of After Eights, the lady in Scalloway told me ugly tales of the harsh rule under which the islanders found themselves. On the Isle of Yell, a feudal lord had forced 40 men out to fish in a storm, and 34 families lost fathers or sons, or both. Of course, social conditions changed. But for many the vision of the Norse era holds a melancholic, romantic echo.

“Even for me as a young girl it was a time of dreams,” the lady told me. “And then came the war and, all of a sudden, they were back, the Norwegians. Just as we imagined them.” One fishing boat after the other arrived in Shetland, manned by young men in woollen sweaters with charming patterns. They were part of the operation that became known as the Shetland Bus, in which regular fishing boats transported refugees to freedom, and agents and weapons back to Norway. It was a highly dangerous venture. German aircraft would shoot and sink such vessels. 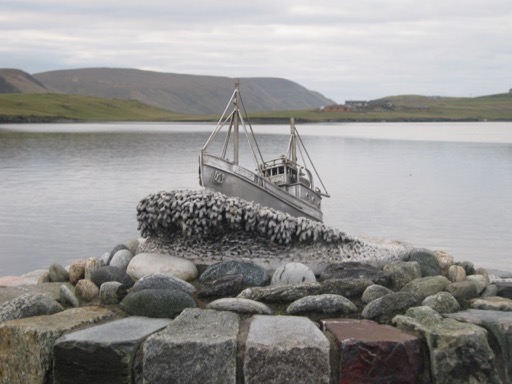 Memorial to Norwegian mariners who died during the war. The boat is Andholmen, one of the famous fishing vessels used for the Shetland Bus. It survived the war and was later restored, and is still used on special occasions in Norway (Photo: Lars Mytting)

Of course, the Shetland girls admired the Norwegian boys, and the boys admired them. Several got married. In 1940 the woman from Scalloway had been a young girl, but she was old enough to fall in love. “Many men and boys died,” she said, but her love did not, and that story became a part of the novel I later wrote.

I travelled all over Shetland. The Shetlanders are wonderful to encounter – they say “hei” instead of “hello”, with the exact same pronunciation as in Norway. But I had some terrifying crossings on ferries. The boats there are named in Norse – Bigga, Nefja, Hymir and Glyrna – for good luck. I liked the desolate island of Haaf Gruney made it an important place in the novel, partly because its name is understandable for any Norwegian: “the green island farthest out to sea”. 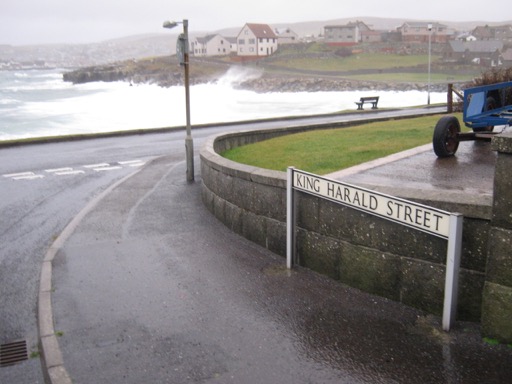 I was also intrigued by the sign of the sheriff’s office in King Erik Street in Lerwick (the town also has a King Harald Street). Encircling the insignia was a quote from Norway’s old laws: Med lögum skal land byggja – “This land shall be built upon the framework of the Law”. Which brings me back to the Lewis Chessmen. No game has, from a relatively small framework of rules, a wider range of entertainment and challenge than chess. The piece up for auction is a warder – in modern chess language a rook – which can run forwards or sideways, straight across the board and back, a fitting reminder of the relation between Norwegians and the people of the Scottish islands.

A Warder, attributed to the Lewis Chessmen will be sold at Sotheby’s on 2 July 2019

The Sixteen Trees of the Somme is published by Maclehose Press

26 June 2019 / Lars Mytting is the bestselling author of Norwegian Wood, a guide to chopping, stacking and drying wood the Scandinavian way, and the novel The Sixteen Trees of the Somme Categories