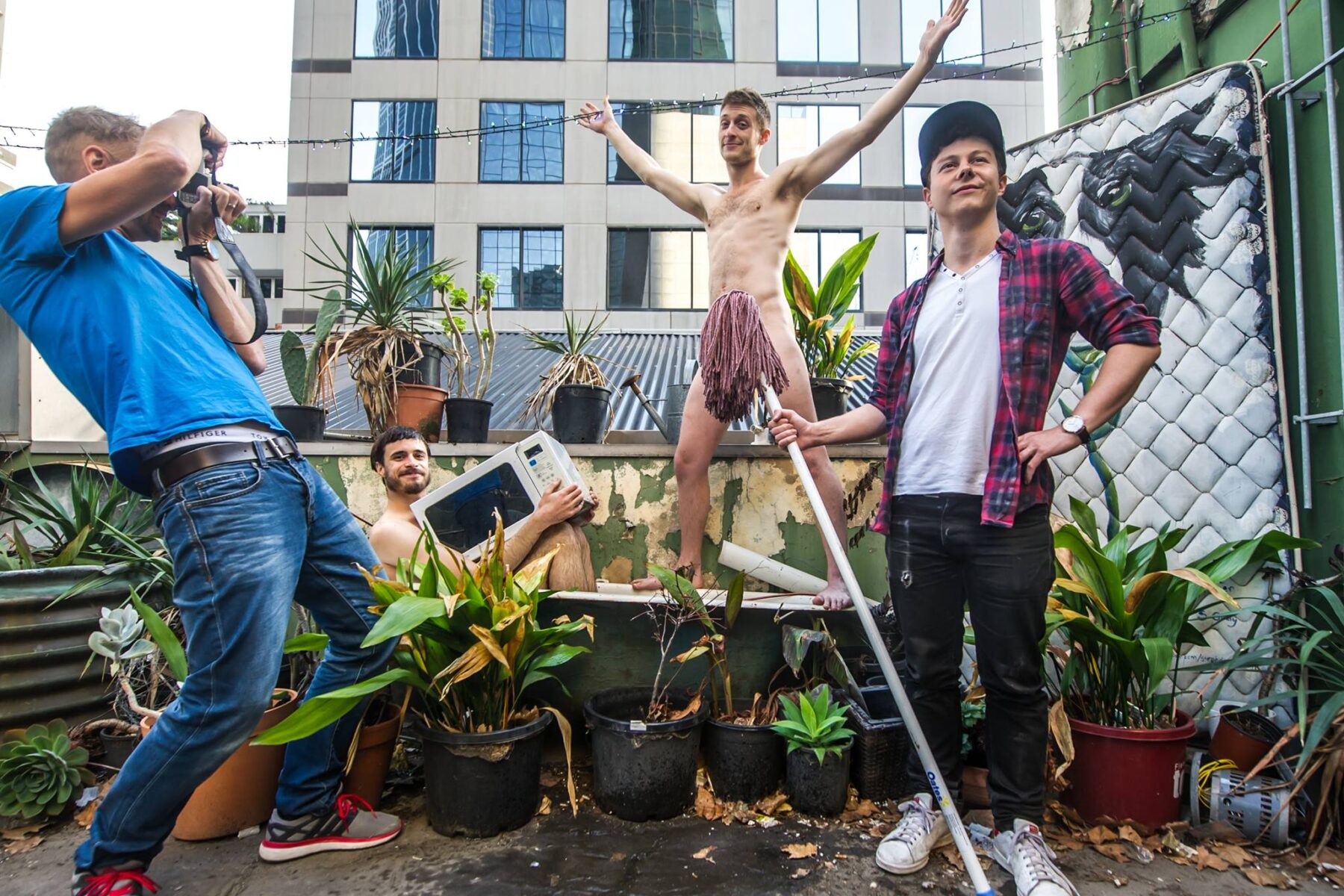 The beloved, hilarious, award-winning clown duo, Zach & Viggo, participates at this year’s Edinburgh Fringe Festival with no less than five shows. We talked to Viggo Venn, Zach Zucker, and their director Jonny Woolley about successes, desires, and where they find inspiration for their absurd shows.

Firstly, could you tell us about your journey to where you are today? How did you meet, and how was the road to becoming award-winning comedy favourites?

We all dropped out of post-secondary school in our respective countries and wound up at a clown school in France called École Philippe Gaulier. Viggo came from a standup/improv background in Norway, Jonny went to a top theatre school in Toronto and Zach was hacking away at the Los Angeles comedy/acting scene. We ended up hanging out a bit during the school year and slowly got closer and closer. When it was time to decide if we wanted to go to Edinburgh, we were the only ones in the class left without someone to perform with — so we decided to give it a go. Prior to that, none of us had even worked with each other in school. About two weeks before Edinburgh 2015, we realised ‘hmm maybe we should try give this a go before we go to the world’s biggest arts festival’ so we booked our first and only preview show at a bar called Dattera Til Hagen in Oslo. By what can only be categorized as a miracle, we pulled off a funny enough show to tour the world for four years running. 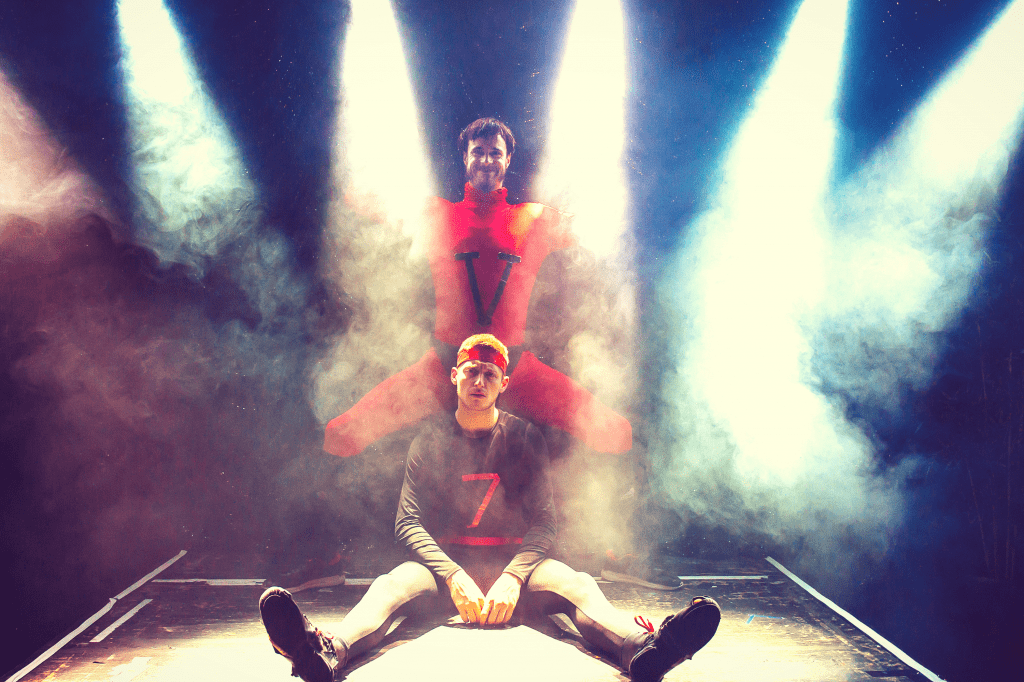 Where Does The Love Go. Photo: Stano Murin

Your shows have been described as spectacular, unbelievably stupid and magnificent. Where do you get your inspiration from to make ground- breaking, absurd hours of madness?

Our biggest inspirations are all friends like Sam Campbell, Neal Portenza, Josh Glanc, and Natalie Palamides. All these artists push the boundaries in their respective styles and constantly challenge themselves by taking massive risks. Sacha Baron Cohen is another big inspiration for us – he also graduated from Gaulier and was one of the first people to bring clown/bouffon into the mainstream. He’s one of the first people to really make us laugh from the belly rather than the head. 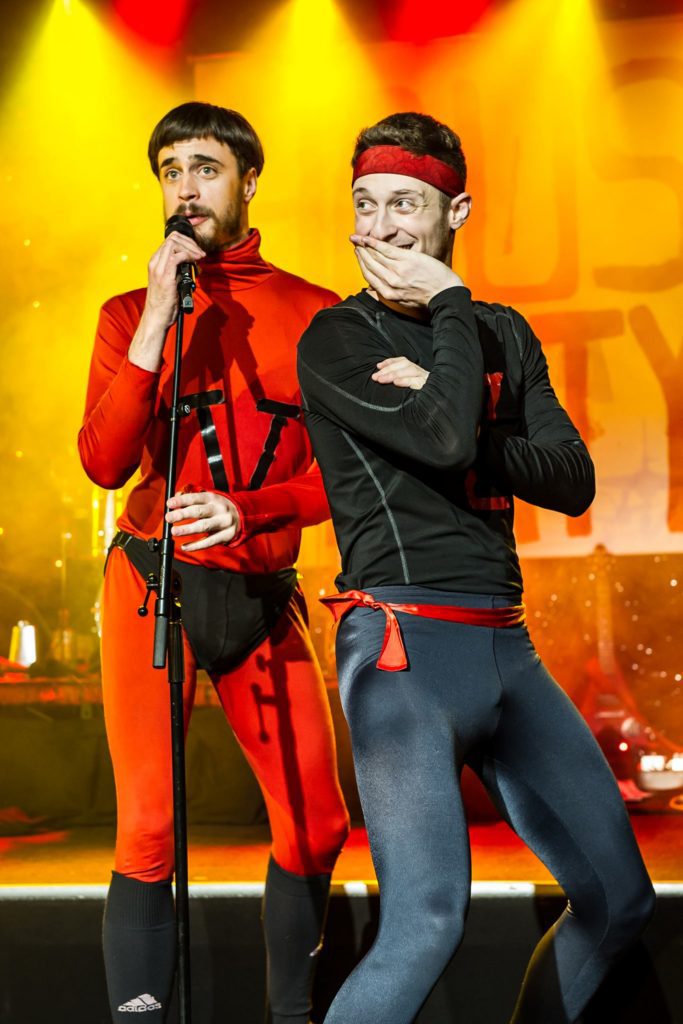 It seems like you’re everywhere at this year’s Edinburgh Fringe, with the return of last year’s success Thunderflop, two solo shows, hosting the Stamptown Comedy Night, in addition to your brand new show Where Does the Love Go, where you team up with punk-funk band Thumpasaurus. How is this new show different from what we have seen before?

This year we’re teaming up with LA-based, funk-punk band Thumpasaurus and adapting their 25 minute funk opera into an hour-long stage show. It’s not a typical clown show in the way Thunderflop is, the new show is essentially a sci-fi melodrama that takes place in a post-space war, futuristic world where Jeff Bezos and the Amazon Empire control the world. It is very serious art, as it is a critique of capitalism and the pursuit of convenience.

We originally set out to make a silent clown opera, but it’s evolved into a sci-fi musical with digital elements, choreographed dance sequences, and lots of great tunes. Zach, Viggo and Jonny will be playing all the characters while Thump scores the entire show and acts as a sort of Greek chorus. We’ve also left space for the musicians to do their thing because you know, they’re a funk band. 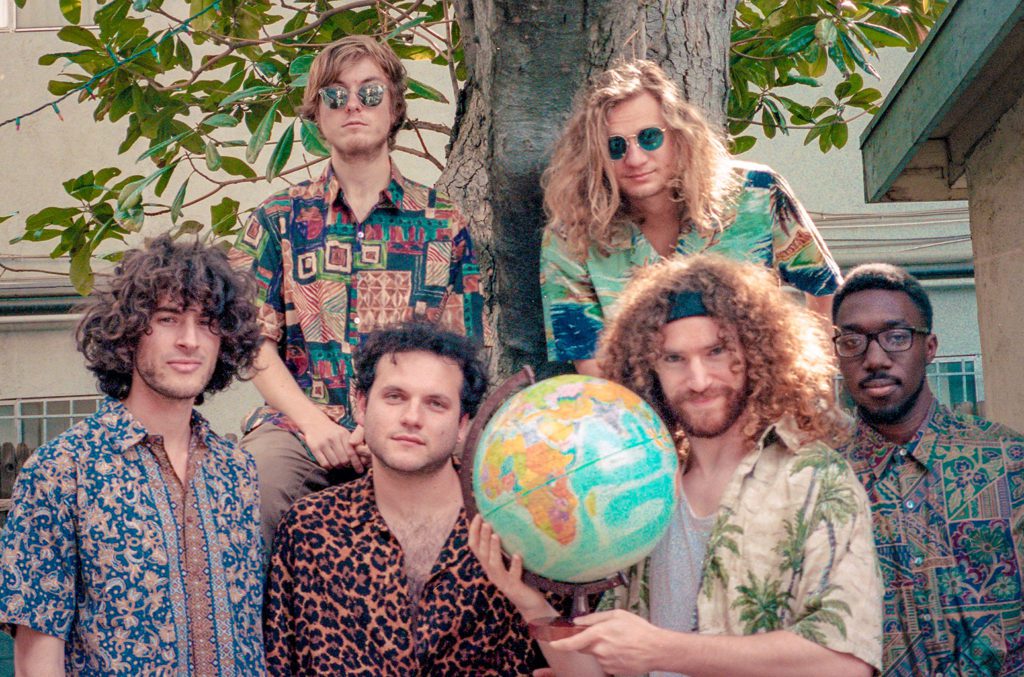 We’ve understood that the Viggo half of you has an inexhaustible love for his home country Norway. Would you say there is any “Norwegianification” of the shows from his side?

Viggo’s Norwegian-ness brings a softness and sense of heart to the show, as most Norwegians are caring and gentle. Viggo also helps offset Zach’s American-ness, which keeps the show light. We love Norway and we love the NRK, and we will have a Norwegian-language TV show one day — mark our words.

Already award-winners of Brighton Fringe, Adelaide Fringe and Norwegian Theatre Days, we predict a successful future. What is your absolute greatest dream for the duo?

For a few years now we’ve talked about doing a big budget production on Broadway or The West End where we shoot Viggo out of a cannon. This has really been something we’ve thought about for a while now. Seriously though, the absolute greatest dream would be having the ability to pay rent somewhere, travel and hang out with friends, all while continuing to create stuff with the people we love. We recently filmed our first TV pilot back in Los Angeles and are hoping to do more filmed stuff. Really though, we just want the freedom to travel, make art with our best friends, and have enough money to live a comfortable life.