Last presented at London’s Adelphi Theatre in June 1911, Henrik Ibsen’s play Olaf is being performed for the first time in the United Kingdom in over 100 years. This time at Barons Court Theatre by Ottisdotter Productions, a theatre company that explores lesser-known and obscure plays. We talked to founders of Ottisdotter, Dr. Mark Ewbank and Dr. Holly Prescott.

Firstly, could you tell us about yourself and your company, Ottisdotter? How did it all start, and what has Ottisdotter become over the years?

Ottisdotter really started out as a collaboration after meeting actors and media friends in London who opened us up to the possibility that you didn’t just have to be a passive recipient of the wonderful arts and culture in London. With so many beautiful theatre spaces in London, it took a solid plan and a lot of effort but we staged our first production. With positive reviews and full houses, it seemed natural to want to do more. 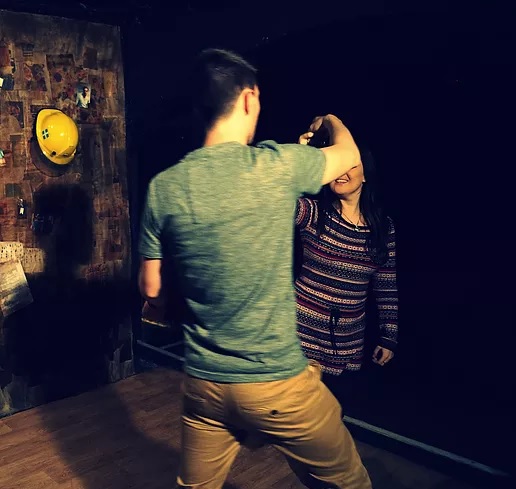 This is your fourth production with Ottisdotter, and the third Ibsen play you take on. You must have a specific interest in the Norwegian playwright?

Ottisdotter is really the product of our love of Henrik Ibsen. In school and college we were lucky to have a drama teacher who took us to a lot of Henrik Ibsen’s productions in the North West of England; A Doll’s House (Anne Marie Duff – Theatre Clwyd), Hedda Gabler (Amanda Donohoe & Kate Isitt at the Royal Exchange) and Ghosts (Frances Tomelty at the Royal Exchange). Experiencing so much of these wonderful pieces of European drama prompted later trips to Norway and seeking out more of his productions across the UK.

“Ottisdotter is really the product of our love of Henrik Ibsen.”

Early Ibsen is also quite special to us because it is a reclamation of Norwegian art and culture after years of Danish oppression (“the 400 year night”) which we feel has a bit of a parallel with the plight of many of his female protagonists!

Why did you choose to take on Ibsen’s lesser-known play Olaf Liljekrans, and what’s it about?

Ibsen is best known for his last twelve plays – the ‘Ibsen cycle’, as these represent the final twelve realist contemporary dramas which Brian Johnston claimed had mutual connections between them all. However, big hitting theatres such as the National Theatre, the Old Vic and others always take on these great works without ever showing an appreciation for Ibsen’s wider oeuvre. With epics such as Lady Inger, it seemed quite unfair to sideline these earlier pieces, which whilst written in Ibsen’s development phase, showed him testing forms and types. Early Ibsen women represent prototypes of later, fully realised female characters. We had a strong desire to make Margit, Signe (Feast at Solhaug), Inger, Elina (Lady Inger) and Kirsten, Ingeborg and Alfhild (Olaf) as fully borne out as his later Nora, Hedda, Rebecca et al. 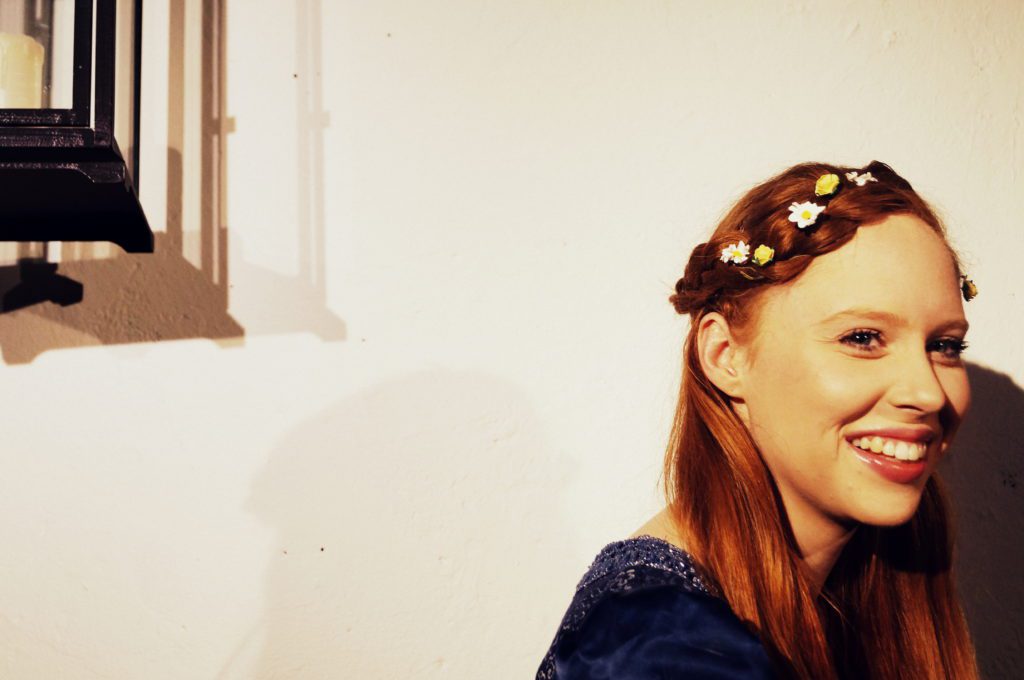 Kelsey Williams as Signe in Feast at Solhaug 2015

In Anders Orbeck’s (1921) translation of Olaf Liljekrans, Orbeck reminds readers that Ibsen, himself, repeatedly maintained that his dramas were not mere isolated accidents. In the foreword to the readers in the popular edition of 1898 he urges the public to read his dramas in the same order in which he had written them. He deplored the fact that his earlier works were less known and less understood than his later works, and insisted that his writings taken as a whole constitute an organic unity.

“We had a strong desire to make Ibsen’s early female characters, often prototypes, as fully borne out as his later Nora, Hedda et.al.”

Henrik Ibsen’s Olaf Liljekrans is one of his first realist dramas in prose. Set one summer in a remote mountain district of Norway, two warring families come together to celebrate a matrimonial union of both of the Houses. However, all is not well when the groom, himself, disappears. An actually quite dark comedy of great humour, showing uncorrupted nature set against a corrupt human society, Ibsen’s Olaf can be seen as an early development of his later Master Builder. 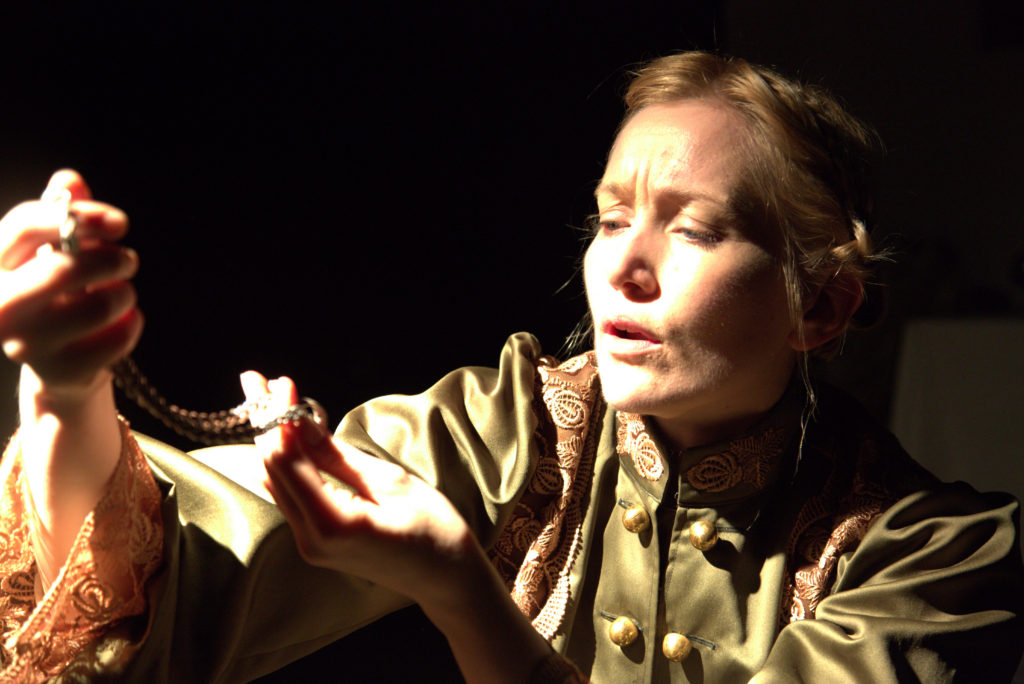 Olaf will run at Barons Court Theatre, located in the cellar below the Curtains Up Pub – and you’re one of the most popular companies to play there. Do you think the pub theatre venue influences the Ibsen plays, or the overall experience, in any way?

The Barons Court Theatre is a beautiful theatre in West Kensington which has provided the backdrop to a number of our early Ibsens. We visited Lady Inger’s real castle in Brekstad, Trondheim, to see the setting which Ibsen’s fictionalised version of her life took place. Incidentally, the whitewashed walls and ironmongery could be easily replicated in the Barons Court Theatre (brickwork and pillars) and our set looked hauntingly like Sverre Udnæs (1975) film adaptation of Lady Inger and her castle. Similarly for The Feast at Solhaug and Olaf Liljekrans, middle-age Norway can be replicated quite perfectly in such a setting and our reviews have always commented how the plays have fit the space so well.

Who should come to see Olaf and what can they expect?

I think anyone who wanted an introduction to Henrik Ibsen would find Olaf the perfect start. A straightforward three act play with intrigue, comedy and a core message about the role of women in society. Our productions are always well received and we hope to deliver a warm romantic comedy, which is not usually expected of Ibsen’s oeuvre. For Ibsen completists, too, we hope to deliver a strong production of this piece, which will fit into people’s minds as a true read of his work. 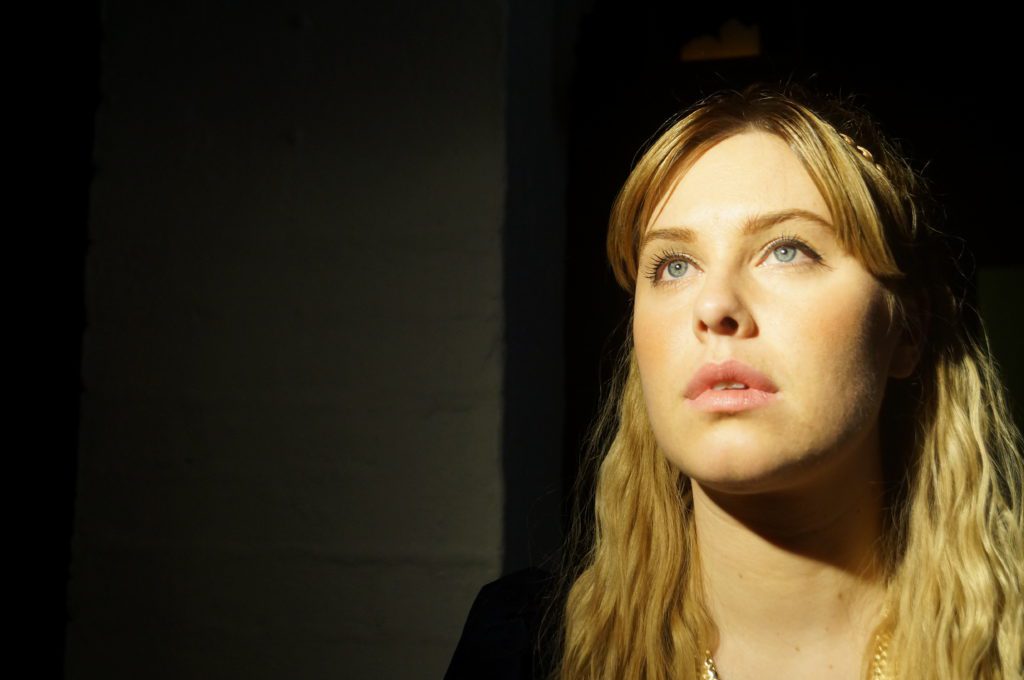 Lucy Pickles as Margit in Feast at Solhaug 2015

Also expect to see Ibsen nodding to references from the cultural past to embed his early work in tradition; expect echoes of Euripides’ Bacchae and Shakespeare’s ‘A Midsummer Night’s Dream.

Can you already reveal what’s next for Ottisdotter?

With three early Ibsen productions, we are always keen to explore more of his repertoire, but what form that would take and where it could be staged is completely open. How about an immersive Burial Mound, a Viking saga, staged on the edge of the North Sea?

Ottisdotter’s Olaf runs at the Barons Court Theatre from 20 to 30 June.