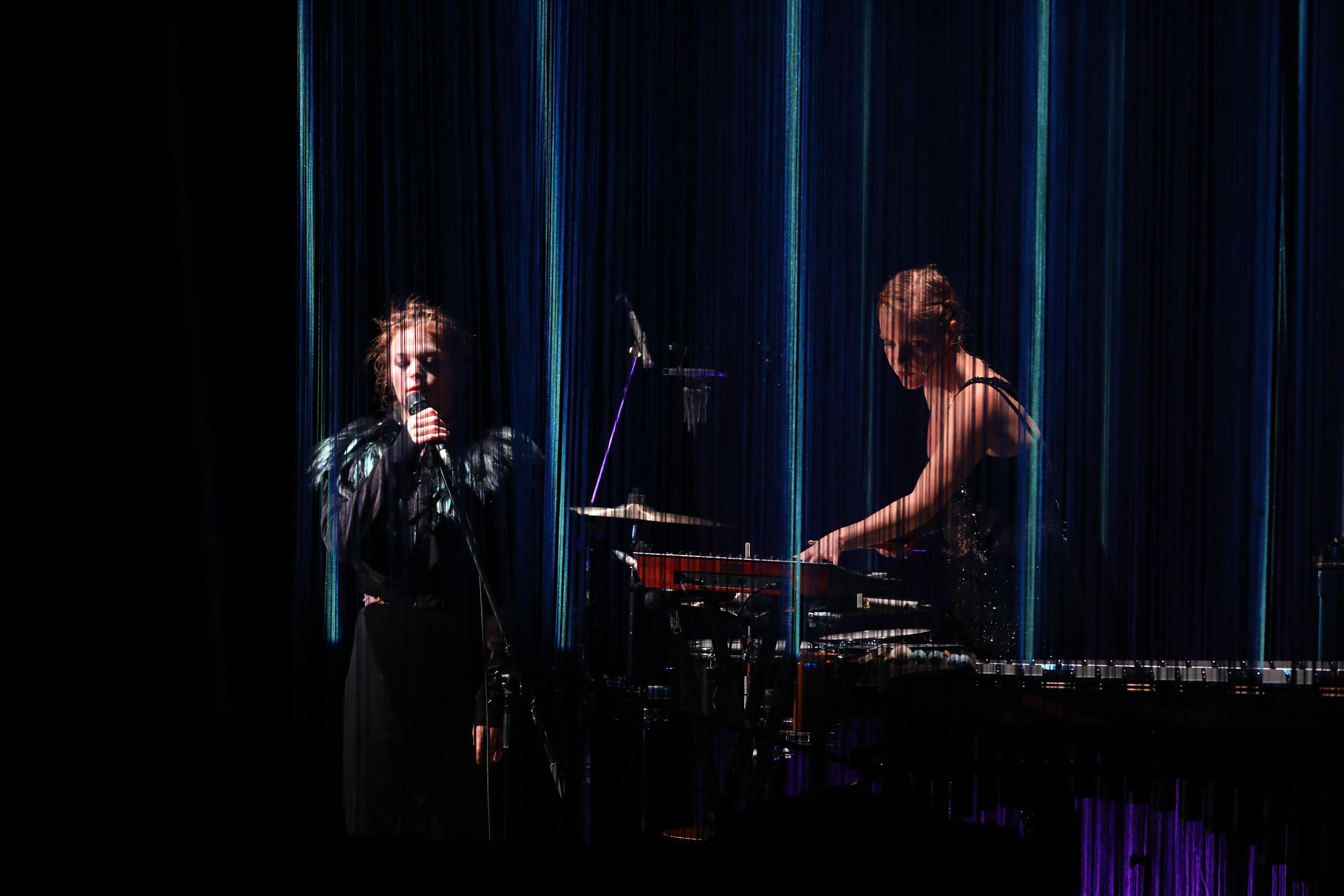 Yngvild Aspeli started the puppetry company Plexus Polaire over ten years ago. We spoke to her about her craft, how central music is to her work and the most rewarding and challenging aspects of translating literature into performance puppetry.

Plexus Polaire, a Norwegian-French team of around 20 performers, is at the forefront of performance puppetry today. In a few weeks they will be performing in the UK when Yngvild and her group bring their incredible production of Chambre noire, based on a novel by Sara Stridsberg, to the London International Mime Festival at the end of January. It is told from the perspective of writer, feminist and radical Valerie Jean Solanas and promises to be a highlight of the program.

Can you tell us a bit about your background and training?

I grew up in the valley of Valdres in Norway and went to a high-school that specialised in music, dance and theatre, before I went to Paris to study at the Jacques Lecoq School for two years. I then entered the French National School of Puppetry (École Supérieure Nationale des Arts de la Marionnette – ESNAM) in Charleville-Mézières, and for three years I had the chance to work with lots of inspiring artists, learning different skills, styles and ways of working within the vast world of puppetry. As I am trained as an actress as well as a puppeteer and puppet-maker, the meeting-point between making and performing, as well as the relation between the actor and the puppet, is central in my work.

I have always been making things, and from I was a child I have been building sculptures, drawing stories and sewing creatures. I had done a little bit of puppetry before entering ESNAM, but not much, and I had more experience in making masks than puppets. As puppetry is in the junction of visual art and theatre, I saw the possibility of developing a work of visual storytelling where both expressions could co-exist. 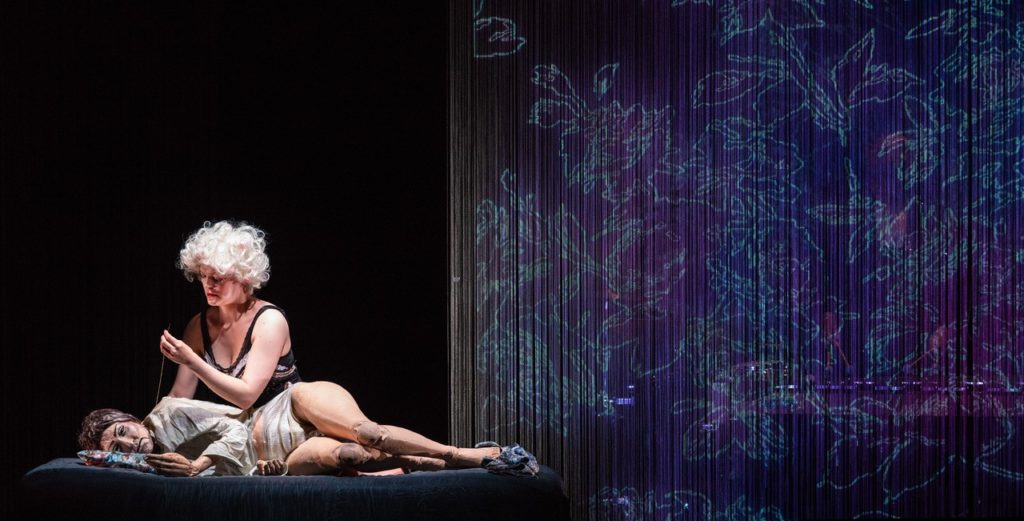 Did you have any practical experience in performance puppetry before attending ESNAM?

Just before going to Lecoq I did a year of costume-making, and at the same school I also did a masterclass in puppetry with the Norwegian puppeteer Jon Mihle. It was a short, but really great introduction, which included making as well as playing with the puppets.

What is it about this form that appeals to you?

Puppetry is a form that is constantly re-inventing itself. In addition to keeping a tradition and a craft alive, it fearlessly crosses the borders of other art forms. This creates an expanded artistic expression that goes beyond “genre”. I am in particular interested in the relationship and play between the actor and the puppet (central in my work) and in the space that appears when the two different levels of presence meet; to encounter the confusion, the uncanny feeling, that is created when the puppet – which is a dead object – becomes more alive than the actor who animates it. To somehow move the “centre” out of ourselves. When the roles are reversed, and we no longer know who controls whom, we can play with life and death, and look closer at how human beings are controlled by invisible forces around, or inside, themselves.

Was there anybody or any shows that inspired you when you were learning your craft?

The first show I saw when I first arrived in Paris was Lands End by Cie Philippe Genty. I had never seen anything like it before, and it was like it opened something in my head saying, “everything is possible”. After ESNAM I had the chance to do a “compagnonnage” – a mentorship program, with Cie Philippe Genty and working alongside these generous and inspiring people has definitely been very significant for me. In Charleville-Mézières there is also big international puppet festival, and shows of artists such as Ilka Schönbein, Gavin Glover, Duda Paiva, Neville Tranter and Colette Garrigan, was all parts of my first real meetings with puppetry. 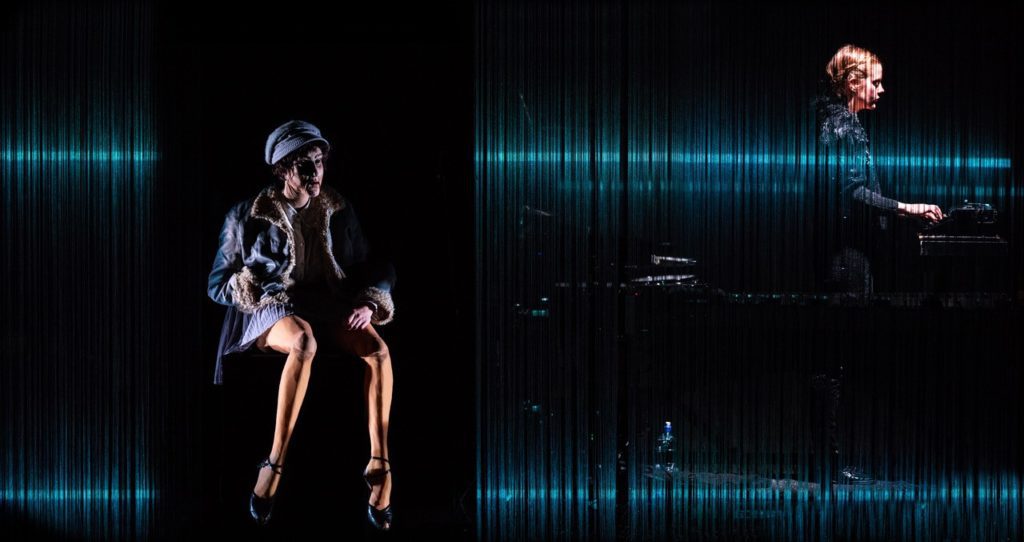 When did you start Plexus Polaire and how did it develop to where it is today?

My first show, Signals was originally developed from my final performance at the ESNAM in 2008, and then reworked and made into a full-length piece which premiered in 2011. I then made the show Opera Opaque in 2013, Ashes in 2014 and Chambre noire in 2017. I am currently working on an adaptation of Herman Melville´s Moby Dick, which will premiere in 2020. The artistic team have developed and expanded, but most of the artists I collaborate with today have been a part of the journey from the beginning. Plexus Polaire is today a French-Norwegian company, with an international team of approximately 20 people.

What was it about Sara Stridsberg’s novel The Faculty of Dreams that appealed to you?

Sara Stridsberg´s novel touched me immensely when I first read it. The language is so wild and powerful, and it sits in your body like a song or a scream or like jumping off a cliff. It is poetic but also provocative, it is nasty and beautiful at the same time, it is very funny and profoundly sad, it is highly political and deeply personal. It manages to capture the complexity of life and of being human.

How important a role does music play in your works?

The music has always been a central aspect of my work and I have worked closely with composer Guro Skumsnes Moe ever since my first show Signals. Guro’s music is a crucial element of the shows, and it is developed in parallel with the writing of the show during rehearsals. The use of life-sized puppets is at the centre of my work, but the play of the actor, the presence of the music, the use of light and video, are all equal elements in communicating the story. In Chambre noire, the music has an even stronger part to play, as the performance is a duo with the co-composing percussionist Ane Marthe Sørlien Holen, and myself as actor-puppeteer.

How did your collaboration with Ane Marthe Sørlien Holen come about for this? Is this the first time you’ve used a musician in this way?

I have known Ane Marthe since high school, and she has worked a lot with Guro over the years. Ane Marthe was also a co-composing musician in my last show Ashes. I wanted Chambre noire to be something between a theatre performance and a concert, and I knew from the beginning that I wanted to share the stage with Ane Marthe. Guro and Ane Marthe co-composed the music for the show, which consists of a recorded and a played live layer. 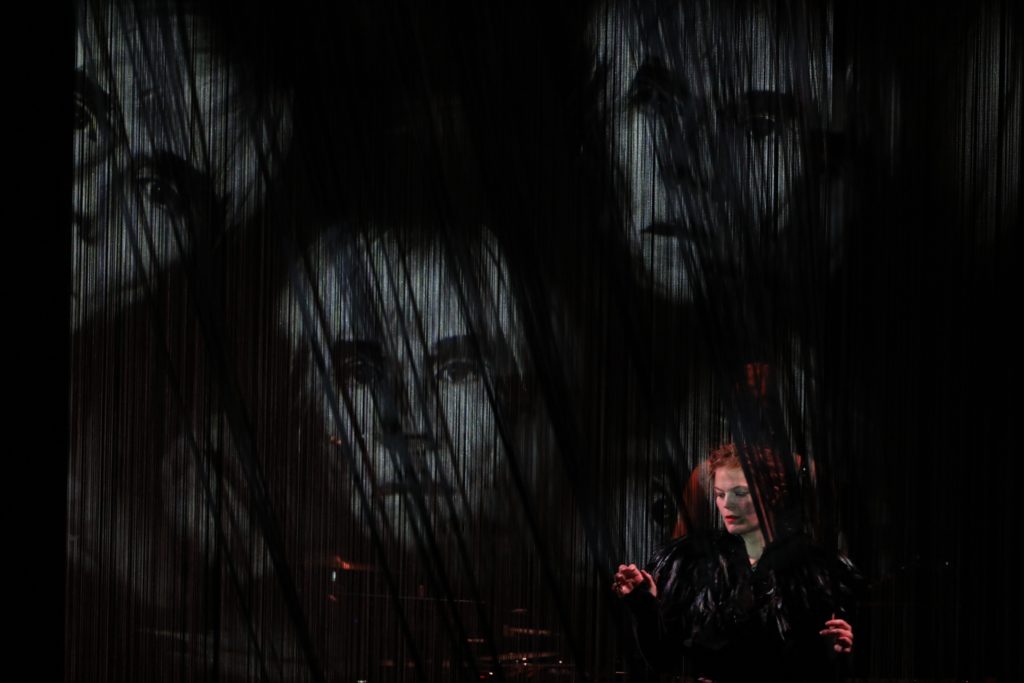 It is not the first time you have adapted a novel – what are the most challenging aspects of doing this?

Except Opera Opaque, all my shows are based on a piece of literature. A novel is a rich starting point, because its form – which consists not only of its story, but also of its specific language, is closer to my theatrical expression, than a written piece of theatre. A novel gives me more freedom in how to tell the story. Rather than directly transposing the text to the stage, I try to capture the thematic core of the book, in order to translate it into a theatrical expression; into my language. It is important for me to communicate a story, but more than following in a linear storyline, I am interested in creating a physical experience, where everything communicates.

And what are the most enjoyable and rewarding aspects of realizing a work like Stridsberg’s in this way?

When making a performance I work on how to translate the text into a visual language; to transform the story into a physical experience, where some things are understood by the text, other things felt by an image, or sensed through the music. And Sara Strasberg’s text is filled with strong images, descriptions of smells, sounds and landscapes that carries an underlying feeling, or colours, light and shadows that create a specific atmosphere. In addition to how her beautiful, untamed language paints a remarkable picture of Valerie Solanas, all these different elements make the book a very rich and inspiring starting point to make a show.