Artists often go to great lengths to find the perfect pigment: Yves Klein created his own luminous shade of blue, Delacroix whisked up a “peinture mayonnaise” of egg and linseed oil. But Ørnulf Opdahl digs into the landscape of western Norway, the terrain that he so enigmatically captures on canvas: he is known to create a granular palette out of sand from the beach next to his studio .

Born in Ålesund in 1944, Opdahl has lived in its environs for most of his adult life; and his work has consistently been inspired by the region’s atmospheric and elemental vistas. His widescreen depictions of the Sunmøre mountains and nearby fjords quiver on the boundary between abstraction and traditional landscape painting.

His works sit in the collections of the Norwegian National Gallery, Bergen Art Museum and the Astrup Fearnley Museum of Modern Art in Oslo. Ahead of exhibitions in London and Newcastle – which present respectively his oil paintings and watercolours – Opdahl discusses the ferocity of his surroundings and how he records the “echoes of nature”.

How important is it to you to know the landscape you are painting?

I was living for ten years in Oslo, quite a distance from where I live today and where I was born. The landscape is important in that when I was away those ten years, I was thinking about the landscape all the time. And so, I moved back. It was very important for me to do something [about it] within my art. I moved back in 1971 and tried to express my feelings towards the landscape. It took several years before I found my way. 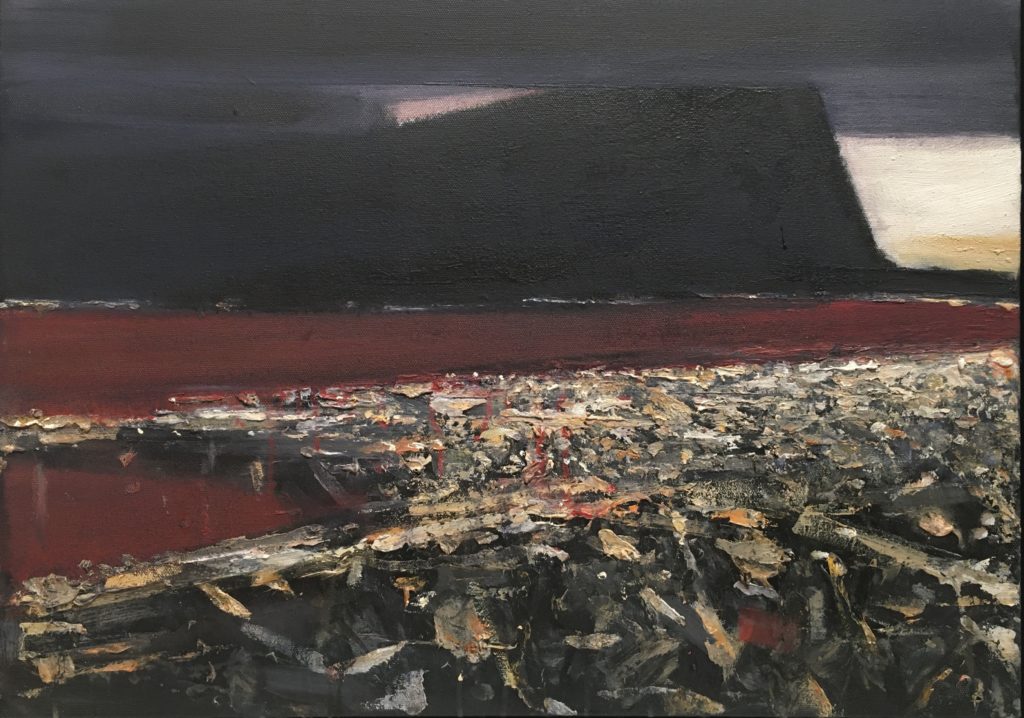 How has your painting changed over the course of your career?

Does that mirror your character as you get older?

Absolutely. I’ve got a little bit calmer. And you dig a little deeper.

Do you deliberately set out to show the landscape as dangerous as well as beautiful?

You can see how people experience the landscape through ages, through generations. My grandfather disappeared at sea. And it was a time when many fishermen drowned at sea. What we think is wonderful, fantastic and majestic to see – the sea in full motion – it was then a fear. And it was the same with the mountains, there was the fear of avalanches. They were killed by stones, they drowned in the fjords.

Traditionally, landscape painting is usually picturing the idyllic. But there is always an underlying fear and history behind it. I always think about the history of the landscape as I paint it. 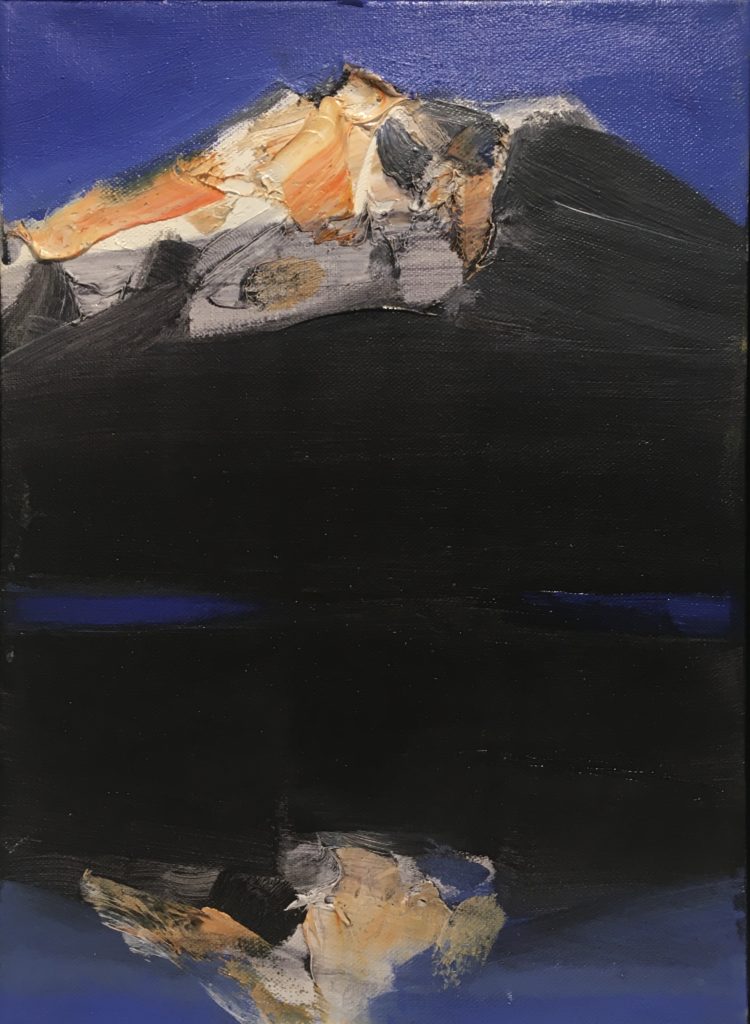 In contrast to the 19th-century Romantic tradition of landscape painting, your works are generally devoid of people. What are the challenges in communicating monumental scale without figures? 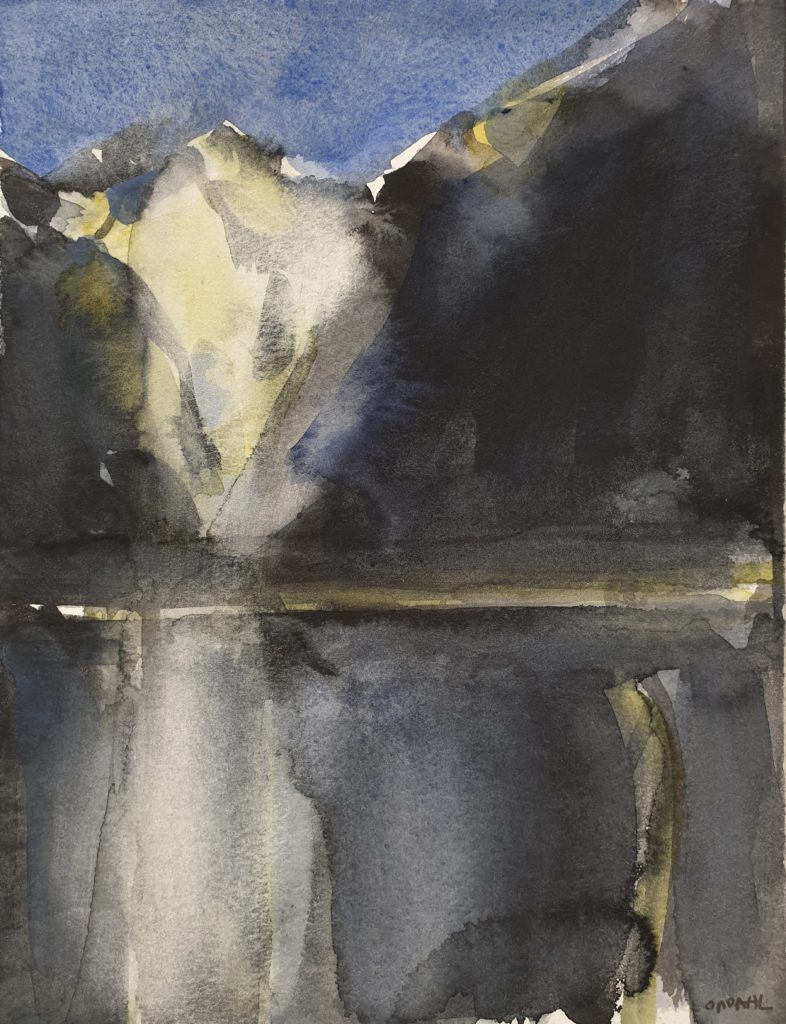 Ørnulf Opdahl, Light and Shadow in the Fjord, 2019 (Gallagher & Turner)

Is it fair to draw parallels between your work and that of Cornish painters such as Peter Lanyon?

I know Peter Lanyon’s painting well and I can absolutely see a connection. He is maybe more non-figurative than me. I have always been very excited by English art and other English painters, such as Constable and Turner.

Is it possible to be – simultaneously – a figurative painter and an abstract artist?

I try to. The paintings when I am driving it so far that it is to the point of the most abstract, it’s only the atmosphere maybe and an echo of nature, I think those are the best, because there I find that I take the essence of it.

It seems to me that your works handle light like a cinematographer?

In the 1960s, when I was a student at the art school, there were some very important movies by Antonioni and those French and Italian filmmakers. Antonioni was driving film so far it was very close to painting. I thought, is painting really my medium? Should I do film instead? But I stick to the old oil painting.

Does your work change depending on the medium?

Watercolour is a much quicker medium. I always do a watercolour in an hour or two. And a painting takes a month or two. But still they have the same wellspring, it’s based on something I’ve seen that’s shocked me: a light, a landscape, some formations, some moods. But they’re very different techniques and so come out differently.

Last year I was working mostly with etching. Same as to go from oil and tempera paint to watercolours, to go from painting to graphic art – lithography, etchings – something changes, it’s another way to express yourself. New possibilities. I’m always going to a workshop to do those things and there are other artists working around me and that is a good thing, I think.

You have to research. In my own studio, I can try something, wipe it out, try something else. But in the graphic art you have to be precise on the stone or the copper plate. As a painter I work alone, absolutely alone, and I enjoy it. People ask me if I listen to music when I’m painting. Sometimes. But not very often. Because I have to hear what I’m thinking, is my reply. 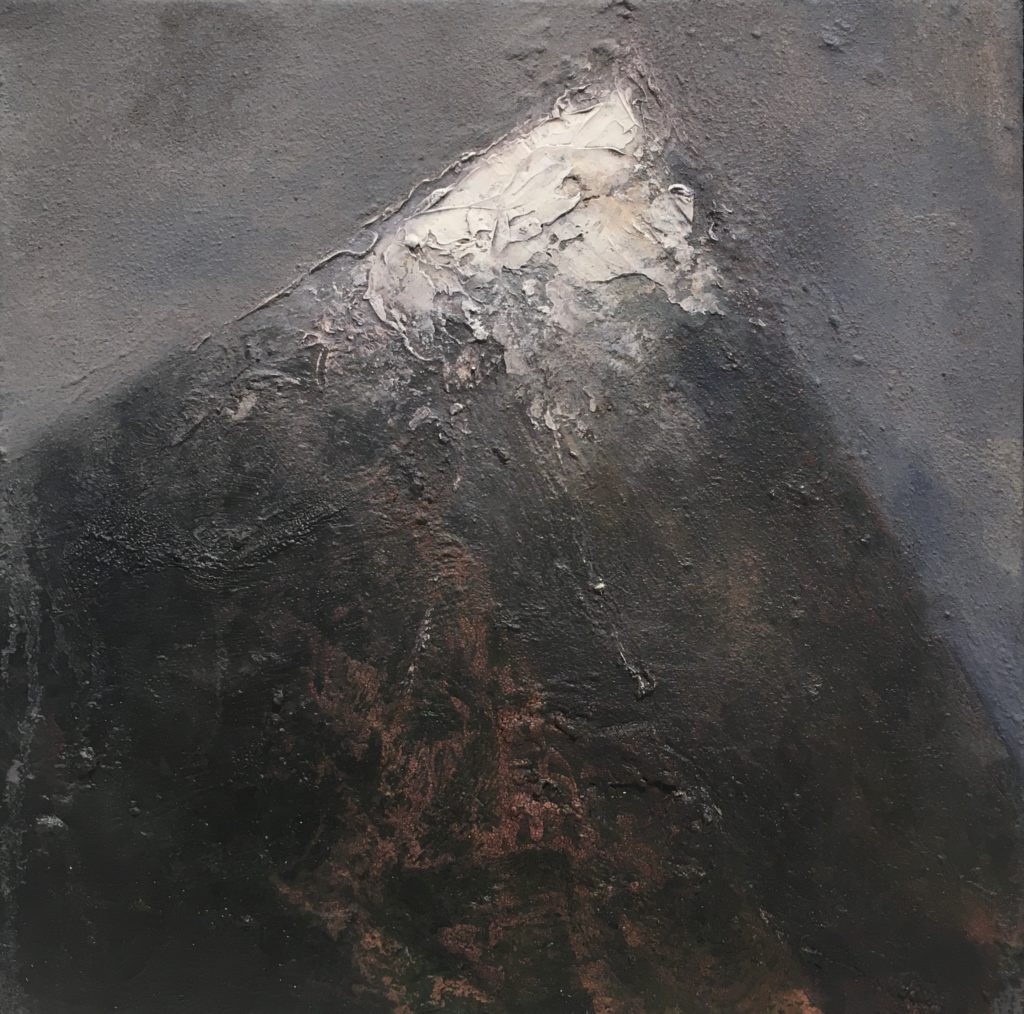 Is your work in a particularly Nordic artistic tradition?

I have had several exhibitions abroad and it’s always exciting to see how the public take in the paintings in another way. They think, of course, it’s an exotic landscape and nature. I have a feeling that I have something to say not only for the Nordic people but also for people in common because there is an element of mood that is common to all people, the melancholy, etcetera. But, of course, it’s based on a Nordic tradition.

Ørnulf Opdahl: Landscapes of the Northern Hemisphere is at Gallagher & Turner in Newcastle, 29 November 2019 – 18 January 2020

Towards the Light: The Paintings of Ørnulf Opdahl is published by MHW Publications

17 November 2019 / Christian House is a freelance arts and books writer for The Telegraph, The Observer and The Art Newspaper Categories