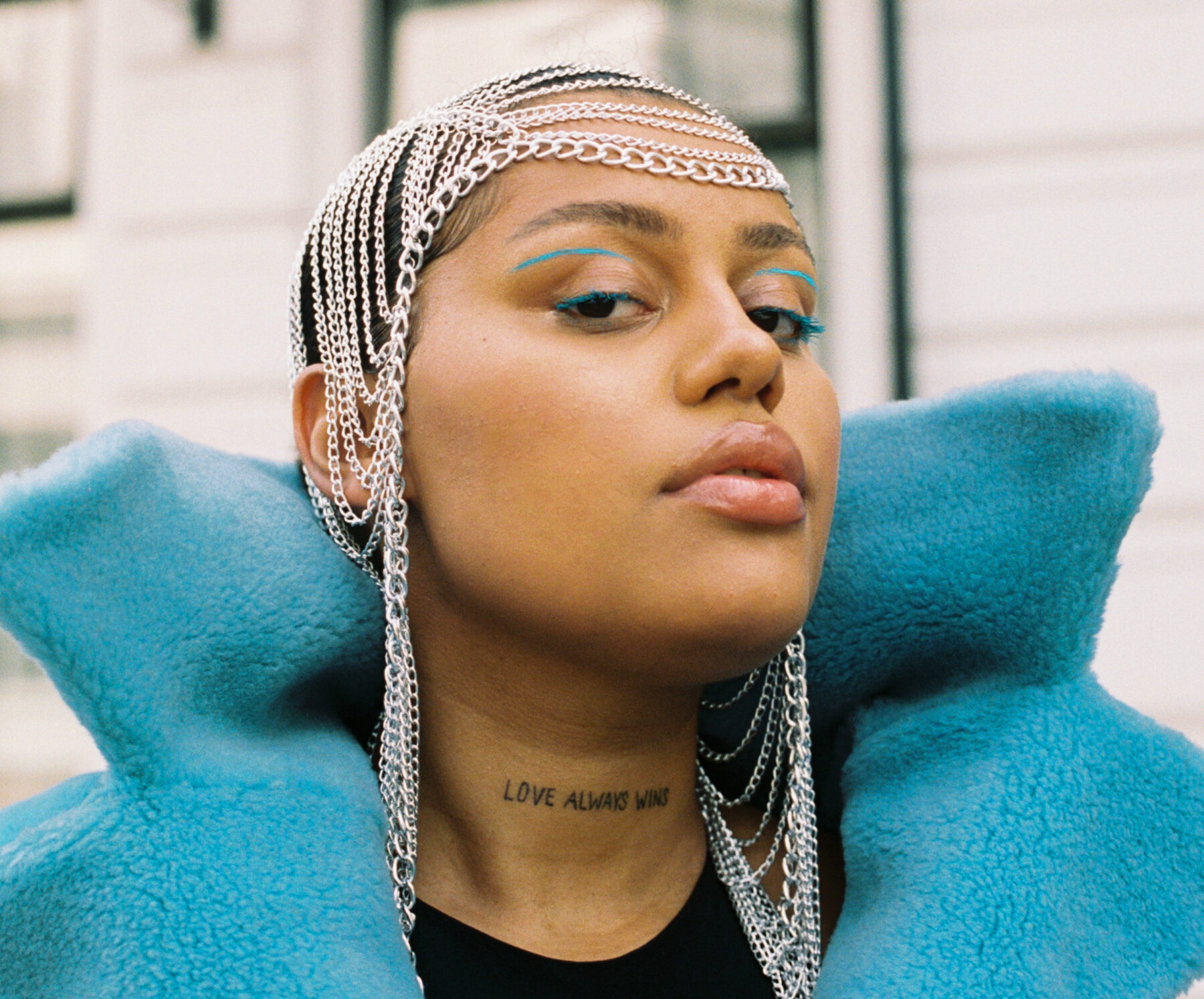 Despite only having a handful of EPs to her name – ‘love songs for bad lovers’ (2018), ‘for the bright days’ and ‘for the dark days’ (both 2019) – Norwegian-Kenyan pop producer, musician, and singer Lil Halima has recently appeared at the Øya and Roskilde music festivals, some of the biggest on the European circuit. However, it was courtesy of the online stage that Universal Music first snapped up the songwriter, discovering Halima through Instagram back in the winter of 2017.

Halima grew up in Bardu, in the very north of Norway, a municipality with a population of just 4,000 people. Since her breakthrough, she has recorded alongside fellow Nordic export AMWIN, performed at the MTV Studios and was selected by Spotify for their ‘Made in Norway’ playlist. i-D magazine recently dubbed her “the latest pop talent to open up a can of ear-worms”. They’re not wrong. Halima has blended the electropop bliss of Lorde’s Pure Heroine with an R&B slink that feels sleek beyond its years.

Halima found time ahead of her UK concert debut to talk to Norwegian Arts about painting, production duties and stepping out of the stream of social media. 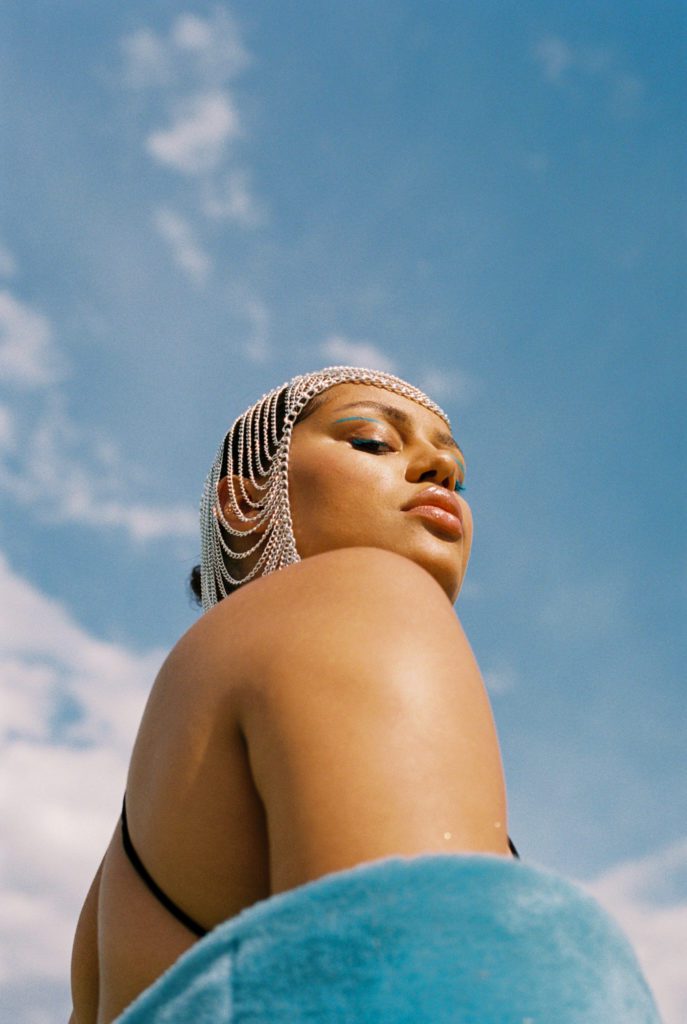 Were you surrounded by music in your childhood?

When did you write your very first song and what was it about?

In Norway, we have the Melodi Grand Prix Junior song contest for kids. I used to watch that and every time I would write parts and pretend that I was going to go on that show. I was quite small. Also, my sister and I used to rewrite Christmas songs and change the riff to what we wanted, so Santa would bring us a bunch of gifts. You know, everything we wanted.

We had a piano so I would play that. I remember my dad had this old school DJ set-up in our living room. But you could connect a microphone to it, so I would sing for hours and hours on that microphone. Also, I sing quite low in volume, so it wasn’t until I started singing on that microphone that people were like, “Oh, she can sing!” I used to sing around the house all the time. My Mum said when I moved away, she actually got a little depressed because the house was so quiet.

Could you talk us through how you work on a track, from writing the melody or vocal line to bringing that together in your home studio?

I use Cubase [digital audio workstation]. I write at home; but usually songs that I haven’t released. We mix a full song at the studio in one day because I feel like it’s hard to go home and work on things. It’s kind of about capturing that vibe that you’re getting in the moment. 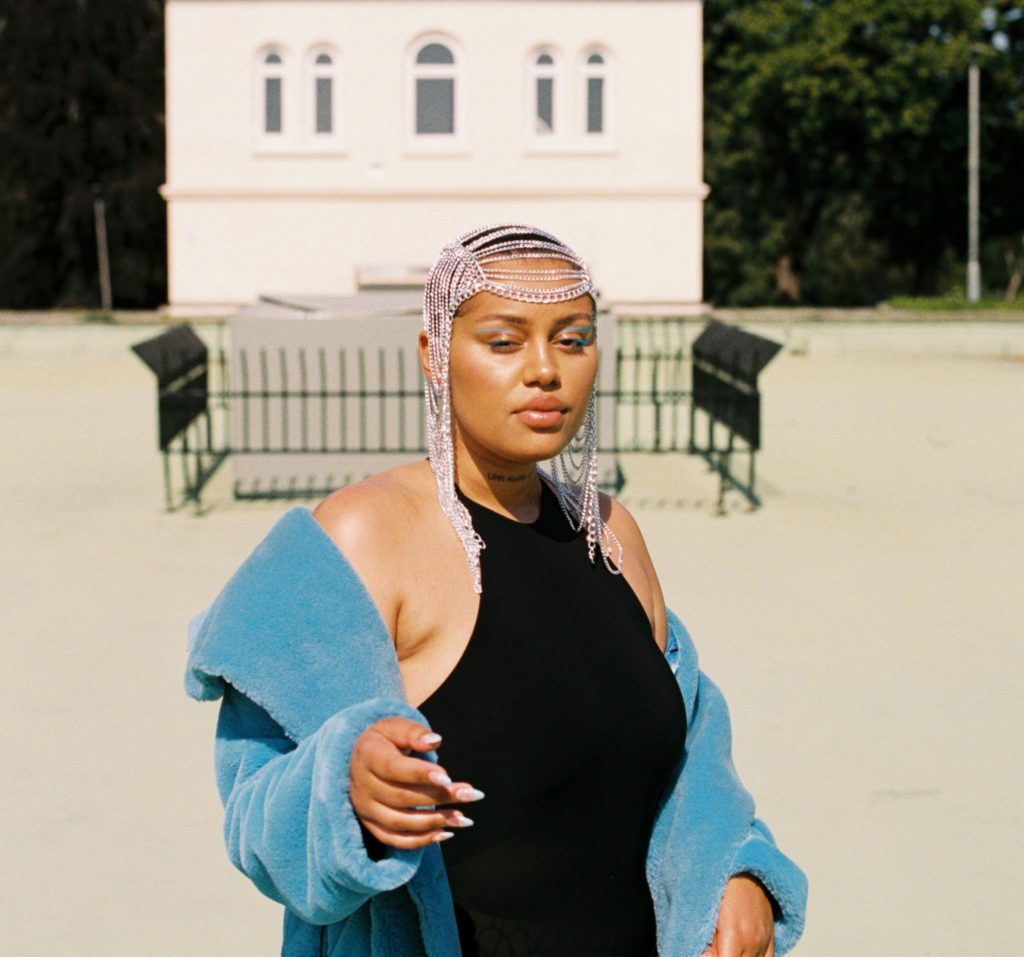 You’ve spoken about how you’re not comfortable with Instagram’s selfie-culture. What is your approach to social media now?

I was thinking about it the other day, that we spend a lot of time online but we don’t realise that with social media, just like real life, you have to turn off toxic people and reserve your energy. Social media is getting boring because it’s just not true enough. Nobody is who they are on there. It’s not that interesting when everyone’s just taking boring selfies. I started to notice that some people were even posting the same selfie at the same angle every single week.

I wanted to post a lot of paintings to show my artistic side. Sometimes I paint on my face, but I saw very fast that most people on Instagram were posting pictures of themselves. I’m trying to not think about what other people share. With social media, it’s so easy to base how much you value something on how it’s received online. If I post a painting but it doesn’t get a lot of likes then I think: “Hmm, maybe the painting wasn’t that good.” But it was. It’s so uncomfortable. So, I still post a lot of paintings.

I was at the by:Larm festival in Oslo and she was playing too. So I met her there and we just spoke on social media. She had her release party one time in Stockholm. I went and we ate dinner. Then I wrote the song and thought it would be nice to have her on it.

Norwegian pop music seems to be having a bit of a moment – with acts like AURORA, Anna of The North and Dagny – why do you think that might be?

It’s a chain reaction, that if people can see someone like them making it then they can as well, which is only natural. But we also live in Norway and we’re very fortunate that we can almost do whatever we want. The fear of failing isn’t really failing that hard, you know? It’s very supportive here.

Reportedly, only 5% of music producers are women. You haven’t always identified as a producer, despite programming and writing the tracks. Are these labels and roles being redefined?

Women don’t necessarily know what it means. For example, when I went to the studio to record with other producers, my manager specifically asked me: “Ok, what did you do when you were in the studio?” I told her: “Oh, I sang a bit, played some drums and then asked him to put in some different touch sounds.” Then she was like: “Oh, you co-produced?” I was like “Yeah, I suppose.”

I think that’s a case for a lot of women. Because if you say “do this and change that”, even though somebody did it and took it well, you’re still involved in that process. Obviously, you’re working together. But I feel like there’s probably a lot of female co-producers who just aren’t aware. When it comes to producing in general, I’ve always said that actual artists have a need to express something. So then you will find many ways to do that, the best way you possibly can. And for a song, production is often a bigger role than just the singing part.

If you have the need to express something, it only makes sense that you would want more outlets and more control of what you’re expressing.

What can people expect from your upcoming live shows?

It’s my first time in some of these places. I’ve played a lot of festivals, but I haven’t played a lot of my own shows and I’m excited to create that space. I feel like you have a power when you play live and you decide what it’s supposed to be like in that room.

What are you excited about in the next six months?

I am releasing a mixtape this autumn; a collaborative EP produced and recorded alongside Swedish producer Canto.

Also, I used to read a lot of books and then I got really lazy and wasted a lot of my time watching bad TV. The other day, I seriously watched six episodes of Obsessive Compulsive Cleaners on YouTube. And I thought, “What am I doing to myself?” So, I’ve decided I’m going to read more books again. I’m going to LA next Monday and I’ve already picked some books up to get started with.

Lil Halima plays The Courtyard Theatre on 23 September. ‘for the bright days’ featuring AMWIN is out now from Universal Music.

19 September 2019 / Part-time guitarist and full-time feminist, Cheri Amour is a freelance writer, editor, and broadcaster with a strong focus on women in music. Her words can be found across the pages of Oh Comely, BUST magazine and The Line of Best Fit Categories