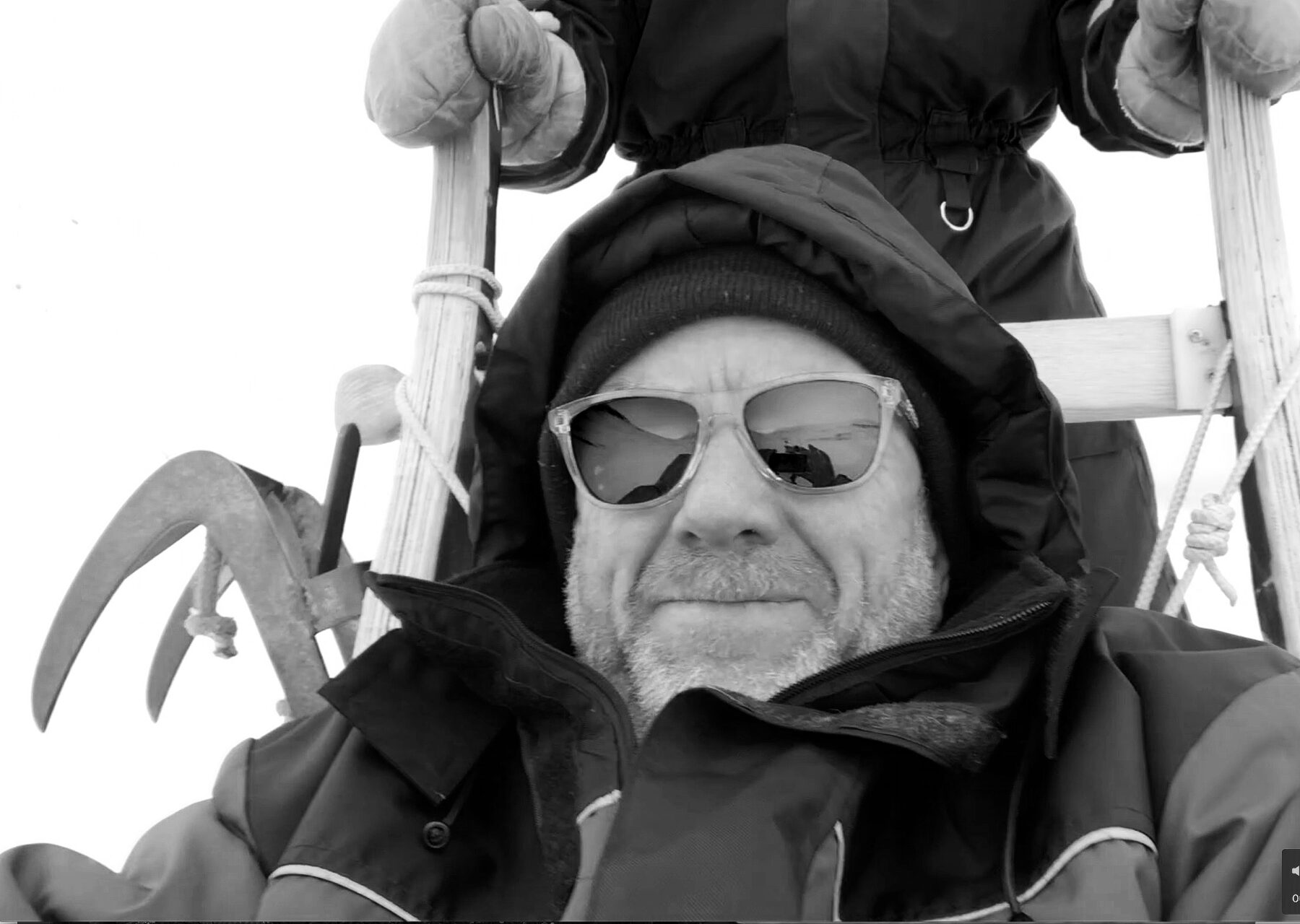 In The Ice, John Kåre Raake’s debut novel, it is not just the weather that is chilling at the North Pole. Best known as one of Norway’s most successful screenwriters – he co-created the hit eco-disaster movies The Wave and The Quake – Raake has brought his high-octane cinematic style to the page in his tale about Anna Aune, a traumatised Norwegian special-forces soldier who accompanies an elderly professor on a polar expedition. It seems danger has followed Anna to the Arctic when she responds to an SOS flare from a research station run by Chinese scientists. The result is a barreling blend of Die Hard and Agatha Christie, played out in a snowstorm.

Raake was born in 1962 on the island of Karmøy and, after studying art direction at Westerdals School of Communication, worked in advertising before going into the film industry. As The Ice is published in Britain (in a thrilling translation by Adam King) Raake talks to Norwegian Arts about nature’s revenge on humans, Covid-related dramas and research trips to cold places. 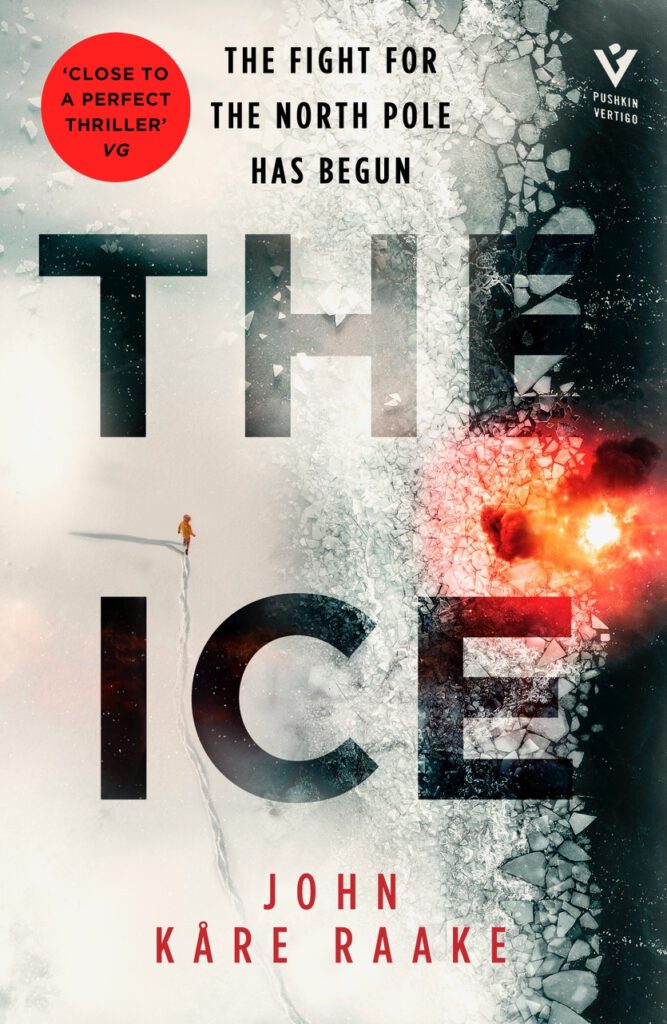 Following the cinema success of The Wave and The Quake, why did you write The Ice as a novel?

It started out as a film idea. I thought it would be cool to have a story in the North Pole and I talked to a couple of producers but didn’t get any traction. After writing The Wave, suddenly I had three months when I was a lot less busy, so I decided, ok, maybe I should just try and write this as a book. I went out to the local library and borrowed a lot of books about Norwegian explorers who travelled across the North Pole, we have a lot of them here in Norway. I read how it works out there in this cold. The thing I discovered was that the North Pole floats, it’s always moving. And there is a lot of sound there – you lie in your small tent at night and you hear cracking, things happening around you. It felt like a very scary place for a story, where even the ground you walk on is not safe.

The Ice is a story split between the present in the Arctic and a backstory during the Syrian war – what research did you do into these very different regions?

I’ve been to Svalbard [a Norwegian archipelago in the Arctic circle] a couple of times doing research. It’s kind of a desert, it’s so barren. I was walking in the wintertime in the high street of Longyearbyen [Svalbard’s main settlement] and I saw a woman approaching on a snowcat with her child and her gun. A strange thing about Svalbard is that you’re not allowed to be born there and you’re not allowed to be buried there. It’s like you come in, you play your part and you leave. 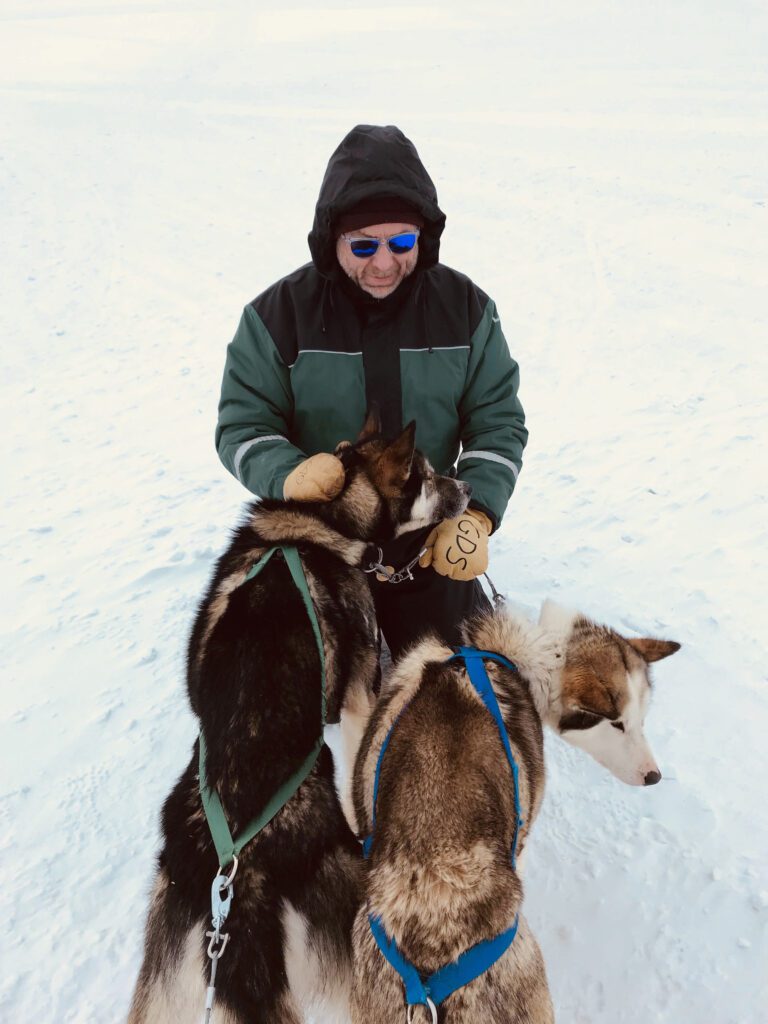 I haven’t been to Syria, so I did all that research through reading books and talking to people who’d been there. Like in Britain we have Norwegian armed forces who have been sent to Syria and Turkey. In my book, Anna worked in a very top-secret unit of the armed forces which in Norway existed for real when Norway started becoming part of the NATO task force. I read a lot of interviews with these people. All the stories [in Syria] written in the book happened for real. 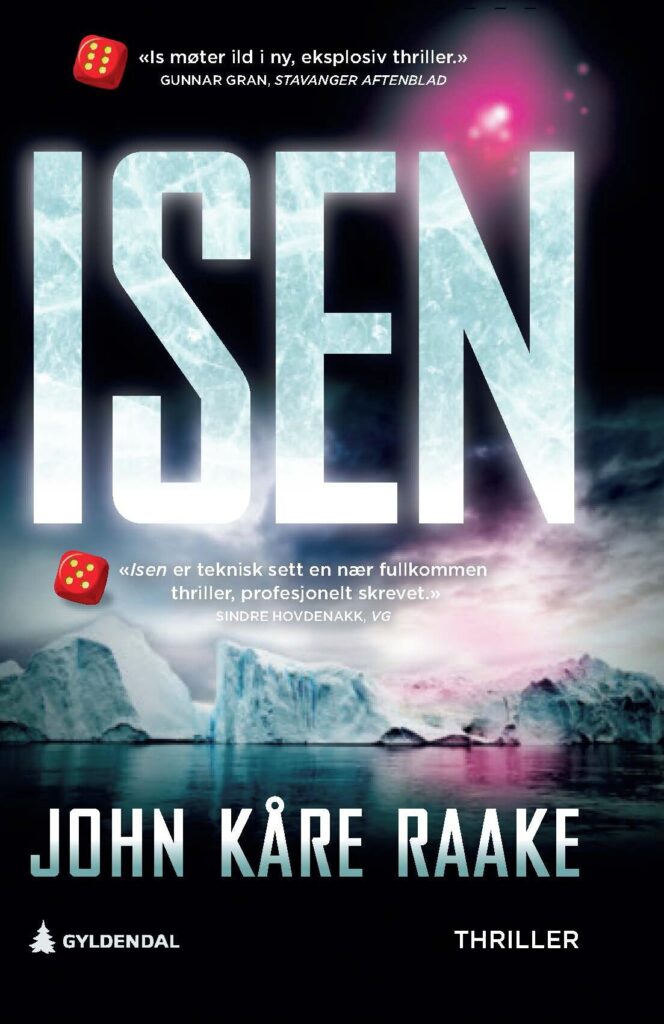 Why inspired you to make the main character Anna Aune a soldier?

In Norway about 30 percent of the forces are women. And they are in the special forces. A few years before writing the book I started writing a thriller movie about a couple who go on a honeymoon to Eastern Europe and get mixed up with some gangsters. And an interesting exercise when you write a script is to ask yourself what if he is a she, and what if she is a he? When I was writing the thriller, I changed the characters so it was the wife who was in the army and he was working as an accountant. And it worked well. For a couple of reasons, the film didn’t get made. But then I had this character, Anna.

I was a bit afraid of being a man writing from a female perspective, so I talked to a couple of women who’d been in the army. And I discovered it really wasn’t very different than being a man in the army. A woman in the army is usually even more motivated than a man, because they really want to do this and do something special. 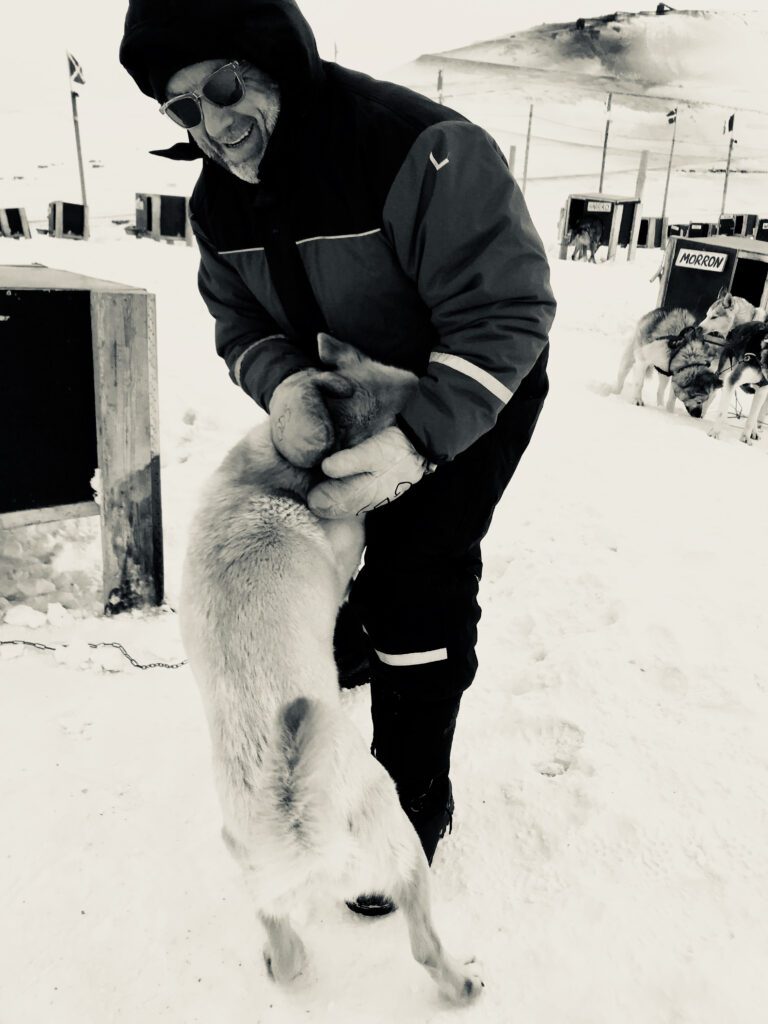 Are you interested in telling morality tales of the perils of messing with nature?

What really interested me was that we are killing the North Pole, it’s melting. So, as I wrote The Ice, I had Anna, more and more, get this feeling that the North Pole is out to take revenge, to kill her in a way.

When you are writing for the screen do you keep an eye on how expensive a scene would be to film?

Not really. At the start you just have to try and get more money for a project, so you just have to write something that is cool. And then it is always difficult when the script meets reality.

Were you brought up on disaster films?

When I was young, and lived in a very small town, we had a small cinema which only showed a film every second week. And because it was run by the local sports club, they only picked the movies they thought they could make money from. We never got to see an art movie. I was interviewed when I made The Wave, and I said that I think the reason people like disaster films is that they can watch the disaster happen to someone else while they eat popcorn. 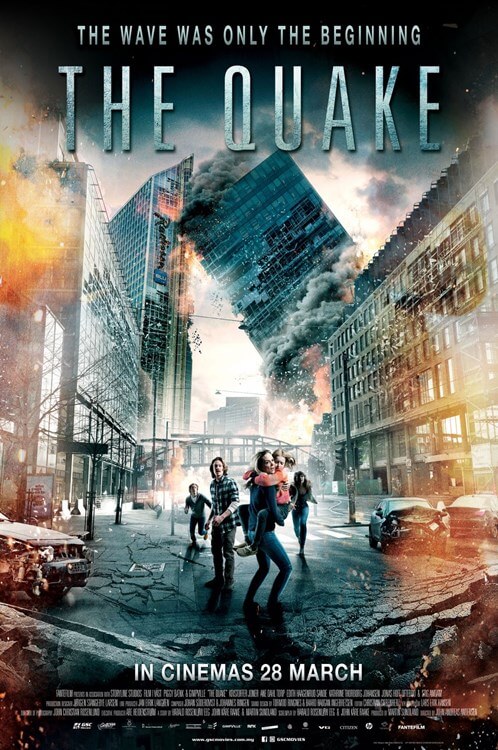 Your background is in advertising and comics, how have they influenced your storytelling?

My education is as an art director, I can draw and I used to work in comics, so I tend to think in images when I write. I thought: what is the most interesting thing that could happen in the North Pole? I thought, ok, I see this guy who comes running, he is naked, he is Chinese. What has happened to him? I found out about these drift stations which America and Russia have had at the pole since the 1950s. In the spring they make a runway in the ice and fly in a lot of huts and just drift around on the ice until it breaks up. And since China hasn’t really been in the North Pole in that way before, I thought that’s why they’re there: they’ve established their first ice station. That is my main set-piece, as they say in the movie scripts. 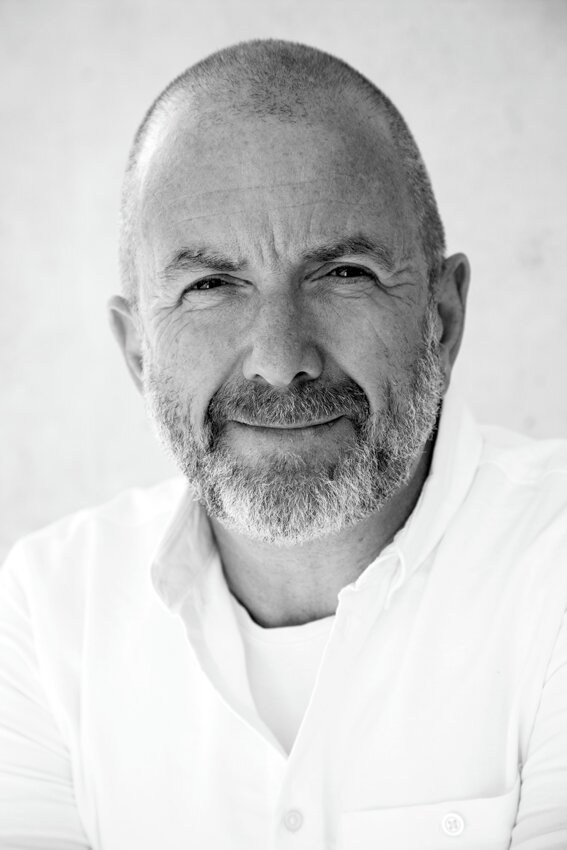 Can you imagine a Covid-themed disaster film?

I’m actually writing a TV series about this – it’s called The Fortress – I got the idea a long time ago during the refugee crisis. My first thought was that someone is going to put up a wall somewhere to try and stop it. What if we built an enormous wall around Norway? But then something has to go wrong. How can this wall become their own prison? So a modern version of “the black death” pest arrives on a ship. This was the pitch three years ago. And then the pandemic hit. I said to a producer, “I started writing science fiction and now I’m writing a documentary.”

Are you planning a series of Anna Aune thrillers?

Hopefully so, I’ve started writing a second book. It’s taking a bit more time as I have a day job on a couple of TV series. And now I’m also involved in adapting The Ice as a movie. But yes, I love Anna’s character, so I was looking to write her next mission.

The Ice by John Kåre Raake is published by Pushkin Vertigo