Nobody does dark crime drama in quite the same way as the Scandinavians. Built on the early success of writers such as Jo Nesbø and Stieg Larsson and series like The Bridge, Mammon and The Killing, the popularity of Nordic Noir shows no signs of slowing down. Especially given the soaring demand for binge-worthy boxsets as the UK enters yet another lockdown.

Now, courtesy of Walter Presents, we’re able to enjoy the critically acclaimed Norwegian thriller Monster on our screens in the UK. With a focus on foreign language drama and comedy, Walter Presents has already introduced the popular Norwegian shows Young and Promising, Eyewitness and The River to British audiences. The addition of Monster to their roster is another coup, especially given its popularity in its home country.

Produced by NRK (the national broadcaster in Norway) and first aired in 2017, Monsteris a stylish Nordic Noir thriller that has it all: tense police investigations, a plethora of shady characters and subtle plot twists, all set against the bleak and uniquely beautiful landscape of the northern Norwegian region of Finnmark.

Following the death of a young man and the disappearance of his girlfriend, detectives Hedda Hersoug (Ingvild Bygdnes) and Joel Dreyer (Jakob Oftebro) are assigned to work together to solve the case. Nothing is as straightforward as it seems, and one of the highlights of the show is watching how the intense and dysfunctional relationship between the two young detectives plays out.

Ingvild Bygdnes, who plays Detective Hedda Hersoug, was born in Harstad in the far north of Norway. Having graduated from the Theater Academy in Oslo, she starred in various theatrical productions, including Black Bear and Lady from The Sea, but Monster was her first major TV drama. As Monster launches, Ingvild talked to Norwegian Arts about how she endured police training and ice-bathing during the filming of the show. 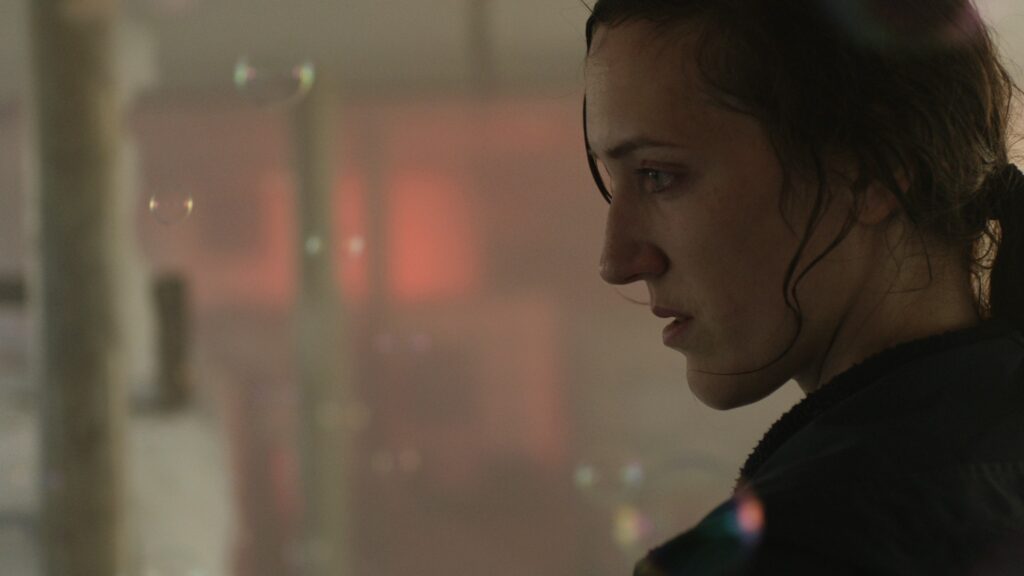 When did you first hear about Monster?

I was at an alternative theatre in Oslo called Black Box, to see something experimental, when I got an email from the casting director (Øystein Kjennerud). I hadn’t been to any TV or film auditions at all.They wanted some North-Norwegian people and they asked me to come to NRK and audition. I was just thrilled because this wasn’t normal for me at all, to get this kind of email.

What made you want to get involved with Monster?

To get this opportunity was just magic, and of course, it was NRK, so I knew it was going to be a good production. For me, it was a no-brainer. I read the summary in the email they sent, in terms of what the show was about.  I felt that it was this strange, mystical North-Norwegian thing, focussed on the nature, and I kind of liked that.It definitely wasn’t difficult to say yes. 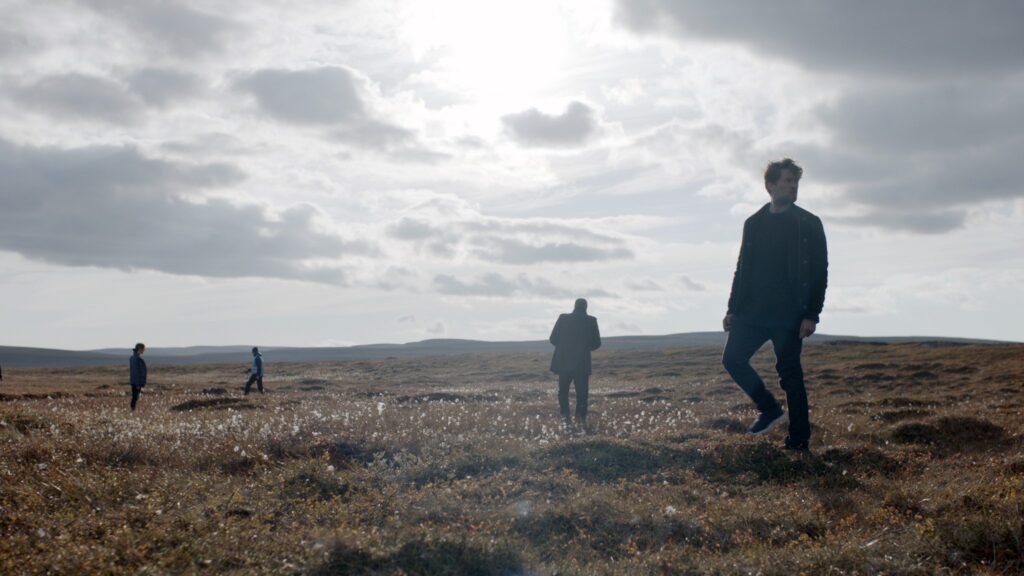 Did things change for you in Norway after Monster came out?

Not too much. Norwegian people can be quite reserved. It was only at parties that people came over to say they saw the show and told me what they thought. The reviews were good, but it didn’t change much. I got some more TV and film auditions, which has been nice. It did give me confidence too.

Some of the themes in Monster are quite dark. How did you approach getting into character for this role?

I hadn’t done much TV before Monster, so I trusted Anna (Sevitsky, director), Pål (Jackman, director), and Jørgen (Johansson, cinematographer). Jakob (Oftebro, co-star) and I were talking to the producer of Monster and wanted to take the test for getting into the Norwegian Police Academy. I was really going for it, with the jogging and running, but then I remembered that there was a lot of swimming on the test, and I hate swimming. I hate water. I think it’s because I’m from the North and I know the water is ice-cold, so I never used to swim when I was a little girl. Some of the scenes we had to be in the water, and it was so awfully cold. But whether the water is 5 or 10 or 20 degrees, it’s horrible anyway, so I just embraced it. We also made use of saunas up there when we filmed Monster – I would run into the sea and then back into the sauna. I guess it has done something for my hatred of water. For me, the worst part was going underwater. When I was diving, it was like getting knives to the head, because the water was so cold. That was not my happiest moment.

Speaking of which, what was your favourite part of working on Monster?

I think it was in Varda, in Finnmark. I’m from Harstad, but when you’re from somewhere that far north, you never go further north on vacation. I had never been to Finnmark before. For me, the nature there was one of the most beautiful things I have ever seen. To be living there with the whole crew, just us, in this very small space. It was intense and very cool. We were there for a month at the start, then we went back to Oslo and did all the indoor scenes, then we went back for the last month filming in Varda. The nature there is so strange. It’s so far north you don’t have trees. There are really no people, and it seems like half of the houses in Varda are uninhabited, so it’s kind of shabby and dark. They had a street art festival while we were there, where people can come and make art at these old buildings. It’s like the scenery is a character in a way.

How was it filming with Jakob Oftebro?

Jakob is one of the happiest guys I know. He went to the same acting school as me, a few years before I was there. It was fantastic. I loved working with him. 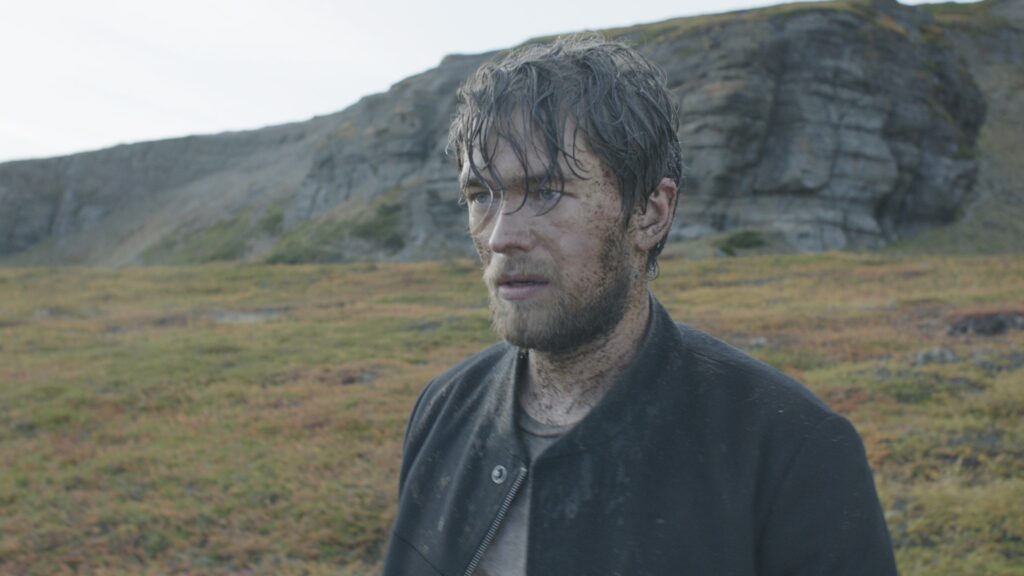 What is your dream role?

These last few years, I’ve learned that it’s not really the role that’s interesting, but the project. It’s horrible to stand on stage if the show sucks. For me, it’s about falling in love with the project. It’s not that important for me to play the big role, it’s more about what the meaning of the TV show or this play is. It’s more about who I want to work with, and where. I wouldn’t say I have a dream role for now. Having said that, I would enjoy playing an awful, Cruella de Vil type, where you can really get into a mean character. But it would have to be a mean character that loses in the end. 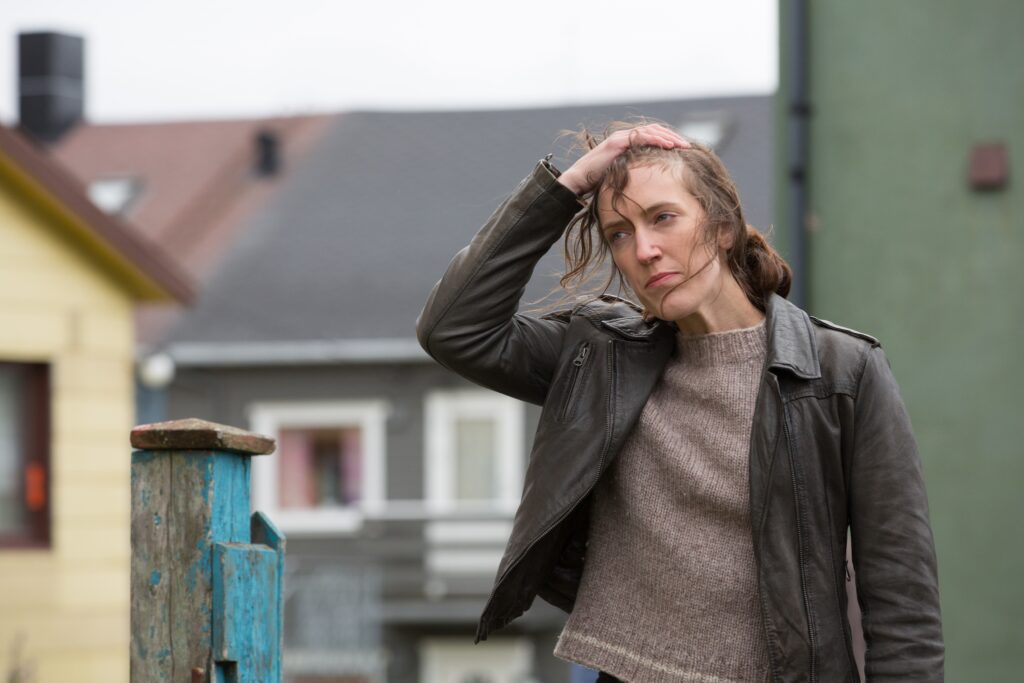 Now I’m playing in a family-orientated NRK Christmas calendar show, with new episodes throughout December. The one we’re recording now will be out in December 2021, and it’s called Kristiania’s Magic Tivoli Theater. It’s set in the early 1900s. I’m rich in the series so I get to wear these cool Downtown Abbey-style costumes. My character, Thora, is lonely and she really wants a child, so she adopts a little boy, and she’s a really good person. Perhaps that’s why I now also want to play something opposite to that. But it’s so nice to be doing these children/family shows.

If you weren’t an actor, what would you like to be doing?

If I hadn’t got into theatre school, I would have gone to a dancing school in Copenhagen and would have been a dancer. But if not, I guess a rock star! Going on tour, singing a lot, that would be cool. I have a project now – I don’t know when we start filming it – the character is a dancer, and so hopefully I’ll get to dance in that.

8 January 2021 / Dan Cromb is a freelance journalist and photographer who enjoys all things Nordic. When he's not also writing for Ja Ja Ja Music, he can be found on the ward looking after small humans. Categories