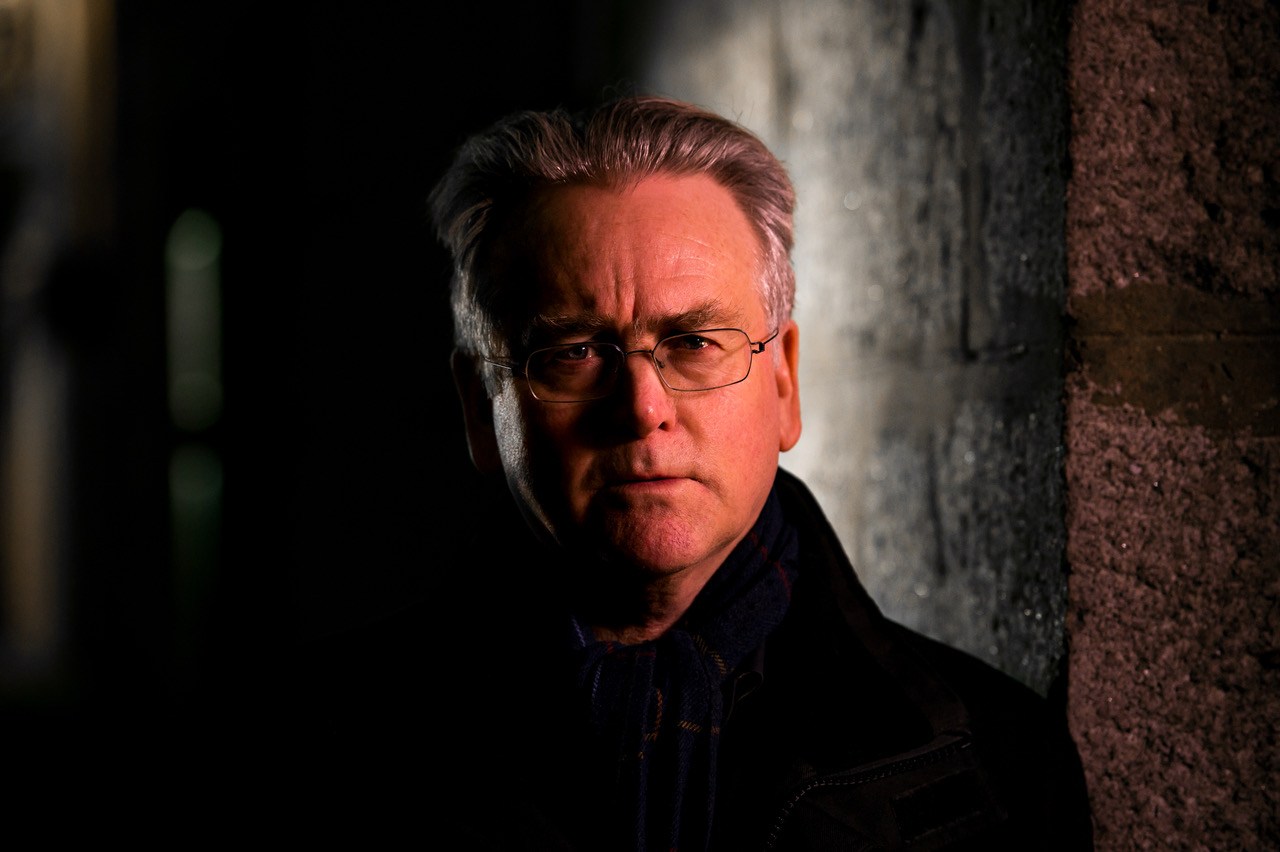 The Bergen-based crime writer Gunnar Staalesen is widely celebrated, by both critics and readers, for the way he deals with social issues as much as murder.

In 1977, he began his hugely popular series of novels about tenacious Bergen detective Varg Veum. This month sees the belated UK publication of Fallen Angels, the eighth of the books to be translated into English by Don Bartlett for Orenda Books. In the novel, which was first published in Norway in 1989, Varg Veum delves into his own past following the murder of an old classmate.

Staalesen has always tried to avoid the parochial in his writing. He once noted: “As a Norwegian writer of detective novels, I am definitely conscious of writing within an international genre.” His genre influences range from American writers such as Raymond Chandler, to classic British figures like Arthur Conan Doyle, and, of course, fellow Scandinavians, including the pioneering Swedish duo Max Sjöwall and Per Wahlöö. 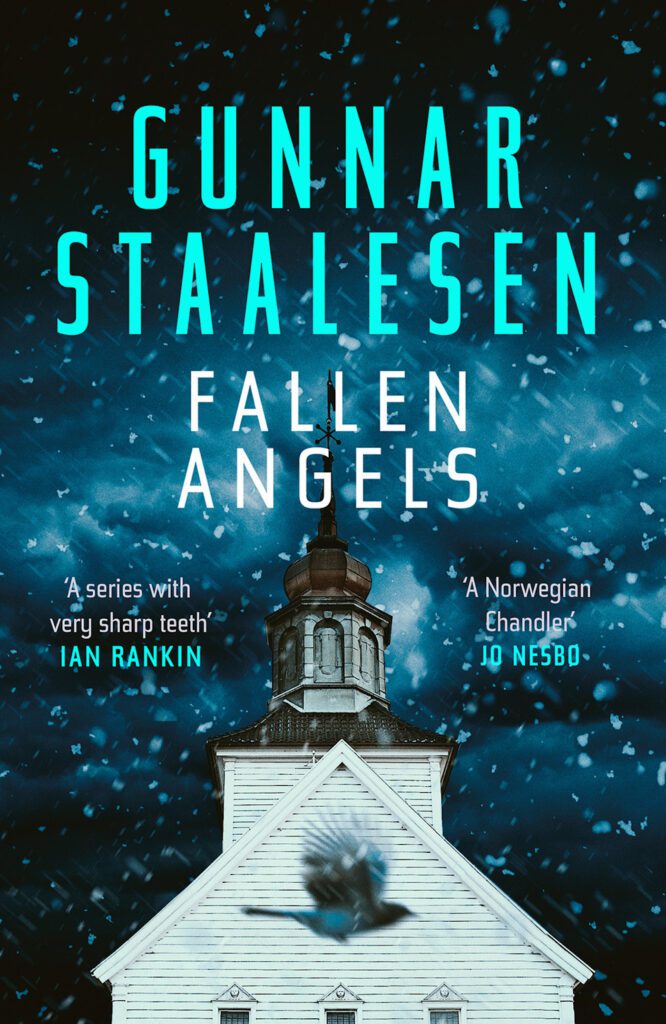 On the eve of the publication of Fallen Angels, Staalesen talks to Norwegian Arts about looking to Henrik Ibsen, writing in lockdown and how rain plays a key role in detective fiction.

It has taken a long time for Fallen Angels to appear in Britain?

I’m happy that the book is out in English now. It is considered by many – including, I have to say in all modesty, me – one of the best in the Varg Veum series, perhaps the best. And we have a contract for the next novel in the series, published in Norway in 1991, Bitter Flowers. If all goes well, that will be out in the UK next year.

Are you working as energetically as ever?

Yes, at the moment I’m tackling a new novel. One that I hope will be published next autumn here in Norway. I’m working with a team on a new musical as well, but both projects are still secret, so I can’t share much more about them. The novel is a Varg Veum book, too. But not directly so, if you’ll forgive me being a little mysterious about it. 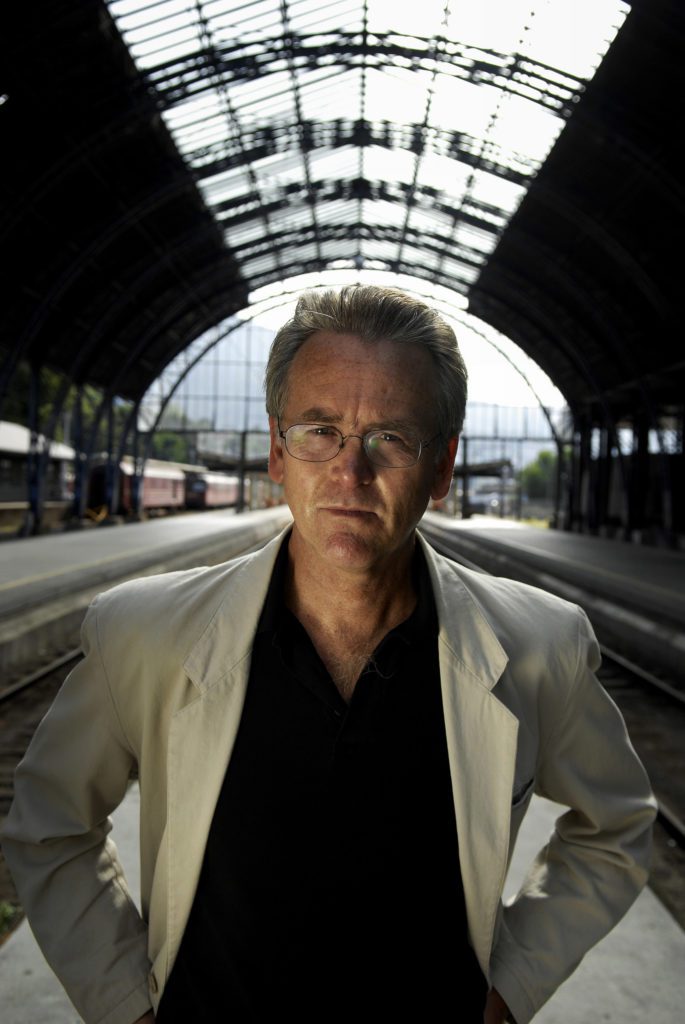 How are you coping with the Coronavirus crisis?

My wife Ellen and I have coped quite well. Everyone is healthy. A new grandson arrived on 14 March, just two days after Norway was closed down, and so he is a real corona baby. We stayed at our cabin from June till August, and now we are back in seclusion again – it is only a one-hour drive north of Bergen, towards the sea, and we relish staying there.

How has the virus affected the world of writers in Norway and Scandinavia?

In general, most writers in Norway will earn much less money from book events, readings, festivals, etc. than in an ordinary year. For many of my younger and less established colleagues, this has been a very difficult year.

For me, on the plus side, I’ve had a lot more time to stay at home and write. Fewer distractions. But some writer friends have told me that they’ve been distressed by the Covid-19 situation.

I am writing for the theatre, too. All theatres in Norway have been closed down, more or less, from March till August. I have really missed going to the theatre, and some of my projects may have been delayed because of this. I keenly hope that we will be back to normal soon. 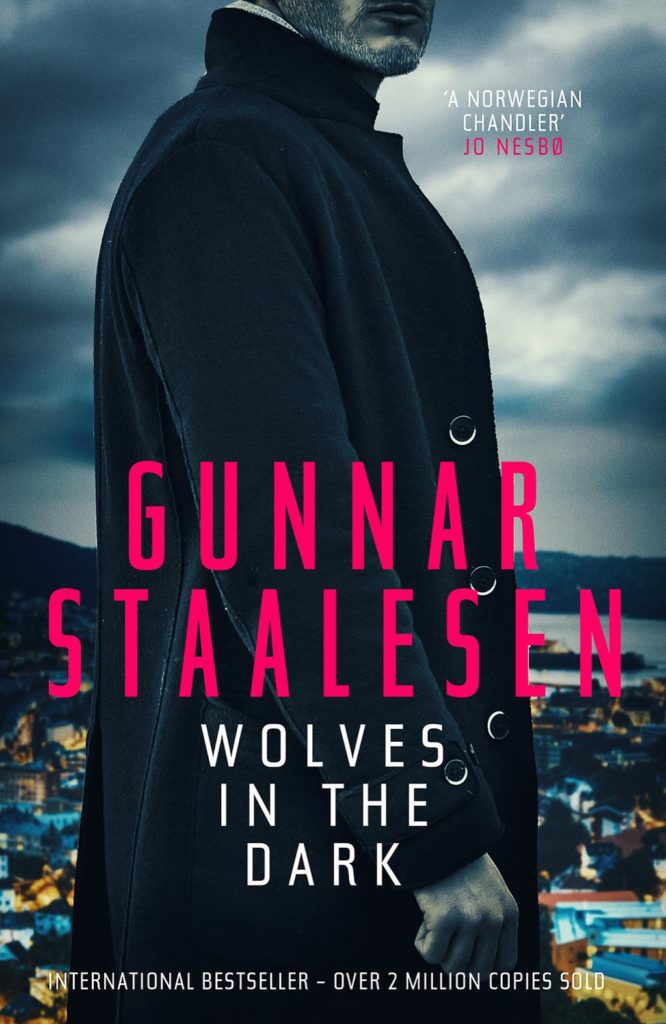 Wolves in the Dark by Gunnar Staalesen (Orenda Books)

And what about your own spirits?

My spirits are the same as always, even if the situation in the society we live in may be a little depressing. We lead more isolated lives now, but my wife and I are out walking, it’s better to meet our friends out in the fresh air than indoors. I also go running at least twice every week, walking in the mountains around Bergen, and living more or less as always, except not going so often to the theatre, the cinema or concerts – there have been virtually no jazz concerts in Bergen since March. Thinking of my UK readers, I missed visiting the crime festivals in Newcastle and Bristol, and the Edinburgh Book Festival. I hope to be back in a normal year.

I think the presence of nature is particularly strong – and pervasive – in most Norwegian (and Scandinavian) novels, be the detective or mainstream fiction. It’s a presence that is stronger and more pronounced than in literature from other regions of the world. Regarding this sense of place, it is important for me to draw a precise picture of my region, the west coast of Norway, Bergen, and the areas surrounding the city.

I also need to register, of course, the presence of the ocean, the fjords, the mountains – but these aspects are not the central things in my books. They are a crucial background for the narrative, in which, if truth be told, the main action could have happened in many other places in the world. Having said that, Bergen, which is known as a rainy city, makes the perfect background for my type of noir, private-eye stories. Rainswept streets are a satisfying element of this kind of fiction.

Do you deliberately confront political undercurrents in your work?

I do not look upon myself as a political writer. I try to do as Henrik Ibsen did: to ask the questions. It is up to the reader to ascertain the correct answers. But, needless to say, the problems of modern society are a tangible force in my books, and it is not difficult to discern elements of political criticism in the long series of books I’ve written about Varg Veum. Through the plot of a crime novel you can move your main characters from the lowest levels of society up to the highest, and, as a writer, you can take a scalpel to all those various levels, laying them open, making the differences or similarities between them visible.

But does crime fiction paint a truthful picture of Scandinavian society?

It’s important to keep in mind, when talking about Nordic crime novels, that they paint a picture of present-day Scandinavian countries that are darker and more filled with crime than might be the case in the real world. For most people living in these countries, everyday life pre-virus was secure and safe. And the number of murders is less than in our fiction. 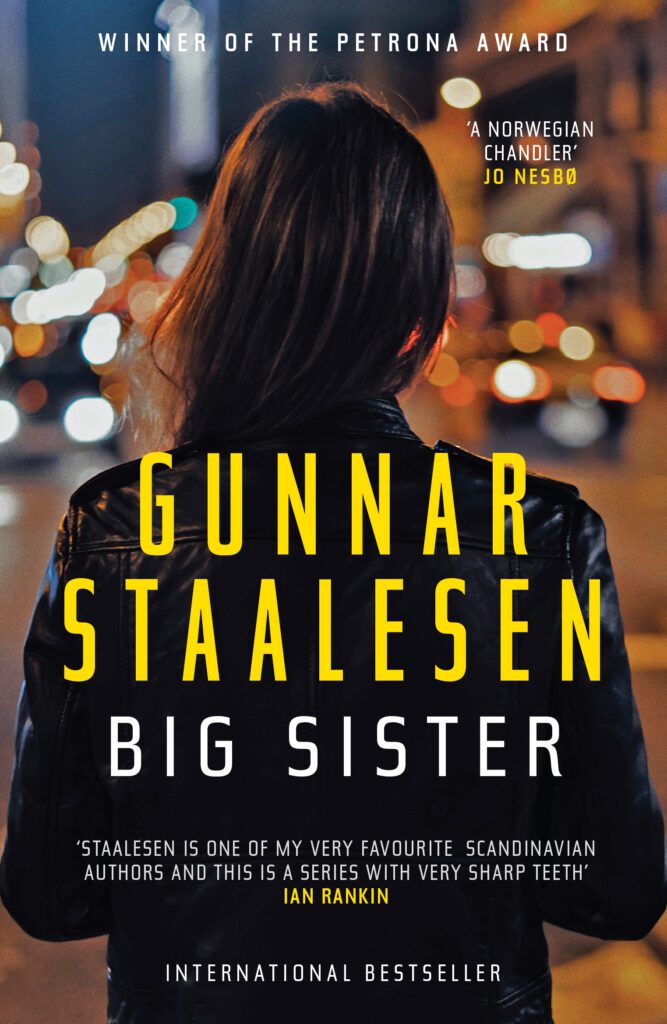 Do you yearn after a dream of the past: the perfect Norwegian society?

I think that the generation to which I belong – the baby boomers – still has a dream about an ideal society, a functioning democracy based on welfare and solidarity. It seems to me that many of the politicians in Norway believe in the same ideals, because the differences between the most influential political parties in Norway actually do not go very deep. I’m aware that when I visit Britain, Germany, France and Italy, most of the inhabitants of these countries still look upon Scandinavia as a sort of model society, whatever qualifying message crime fiction may convey.

The online launch of Fallen Angels will be on Tuesday 24 November at 7pm. For further details visit Orenda Books.

13 November 2020 / Barry Forshaw is the author of Nordic Noir and Crime Fiction: A Reader’s Guide Categories