“If you’re going to have any fun in Norway you need to walk,” notes the Norwegian explorer, author, publisher and art collector Erling Kagge. It is a vast country with a small population, he explains: “You need to get into nature, you can’t always talk to a neighbour.”

In his new book, Philosophy for Polar Explorers, Kagge gathers some of the life lessons learnt on his long walks. Talking to me at Sotheby’s London, where the Norwegian masterpiece Modne Jorder (Ripe Fields) by Harald Sohlberg is to be offered, Kagge suggests that an explorer’s attitude can be brought to the realms of art and literature. In another of his books, A Poor Collector’s Guide to Collecting Art, he advises collectors to push their limits when buying artworks. 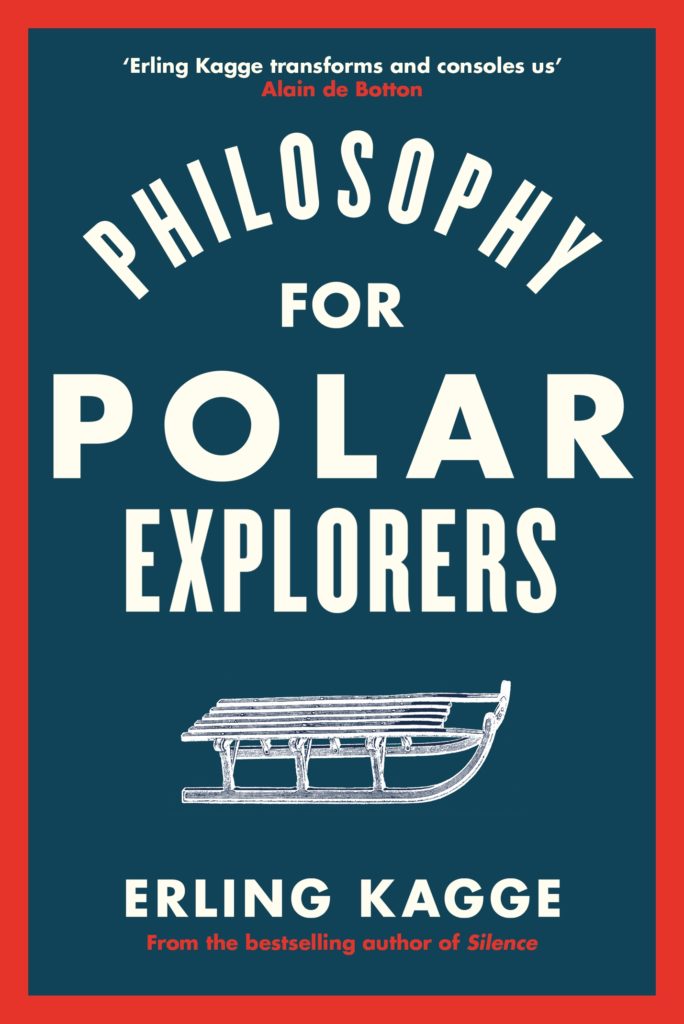 As befits a man who has walked to the South Pole, the North Pole and summited Everest, Kagge likes to follow his own path. If his previous books, Silence and Walking, were about creating calm, Philosophy for Polar Explorers is about dealing with the storm. “The struggle lies between the ears, not in the feet,” he wrote in his travel journal. His methodology, he tells me, involves keeping a flexible attitude, making incremental headway and, most of all, getting up early.

Following two books about introspection, is it fair to say Philosophy for Polar Explorers is about action?

Both Walking and Silence were about inner silence and the importance of discovering and exploring yourself. This one is still about the spirit of exploration but as you say it’s about action, it’s about endurance, it’s more about accepting pain. The moral of the book somehow is that it’s tough to walk to the North Pole, it’s tough to walk to the South Pole alone, it’s hard to climb Mount Everest, the third pole. But actually, it’s the fourth pole, to become a father, that’s the toughest one. It was the most pleasurable to achieve, to get kids. But what it takes afterwards to raise three daughters. It’s way beyond walking to the South Pole in terms of hardship and patience.

Can you really transfer lessons from an explorer’s experience to everyday life?

Many things that you learn as an explorer adapt into daily life. You learn about the importance of getting up in the morning if you’re going to realise any dreams. It’s about keeping your joys in life simple. Obviously that is something smart people have been saying for thousands of years but it’s easy to forget. Any advice that has lasted for more than 1,000 years you should take seriously. And it’s also about how some of the best things in life don’t have any lasting forms.

Polar exploration is certainly the most extreme in terms of temperatures and steps you walk in one day. But then again I think it’s tougher to be 10 or 15 years old going to school although you know you’re going to be bullied all day. 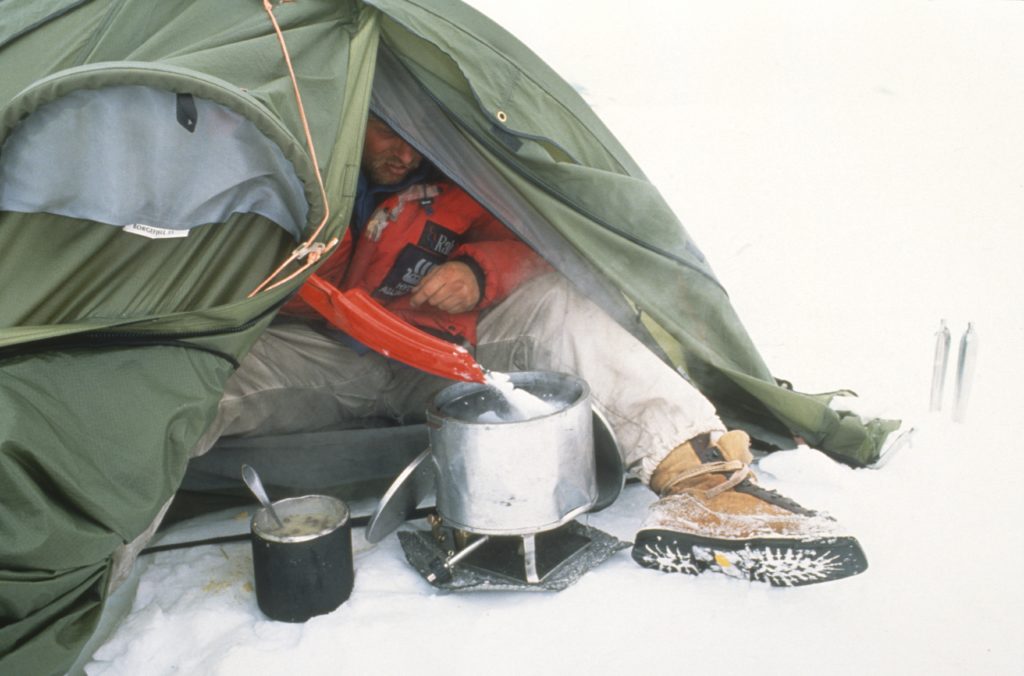 Looking at Sohlberg’s painting of a farmstead near Oslo, can you relate to his depiction of the landscape?

Absolutely. It is maybe only in Norway that you see such light, colours and scenes. It’s a beautiful work. And a great artist. My fellow Norwegian and friend Christen Sveaas is lending a major work by Sohlberg to the Metropolitan Museum of Art. I enjoy Christen’s idea of us all walking into the Metropolitan and seeing a work of an almost unknown artist, between the greatest artists of that time. 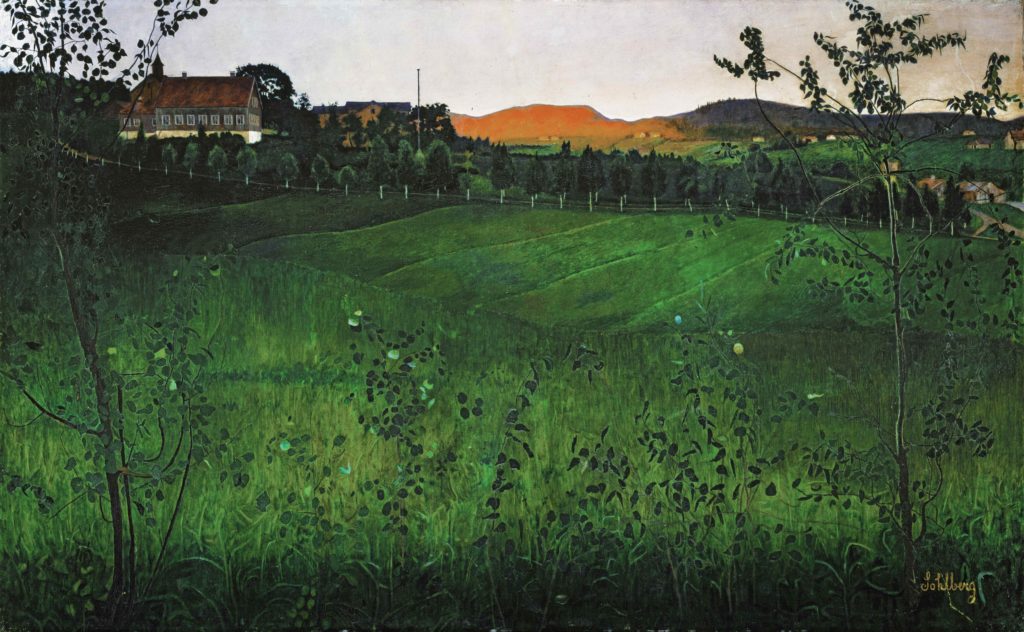 Does an interest in art say something about one’s character?

It’s very much about curiosity. I wrote a book about art collecting which sells super well. I was thinking about the art community, how many people could it be? I thought 5,000 people, including collectors, curators, museum people, artists, curators, gallerists. But no, it’s closing in to 10,000 books sold in English. And then there’s Norwegian, Chinese, Russian, Korean and German. I was surprised at how many people are interested in art collecting. 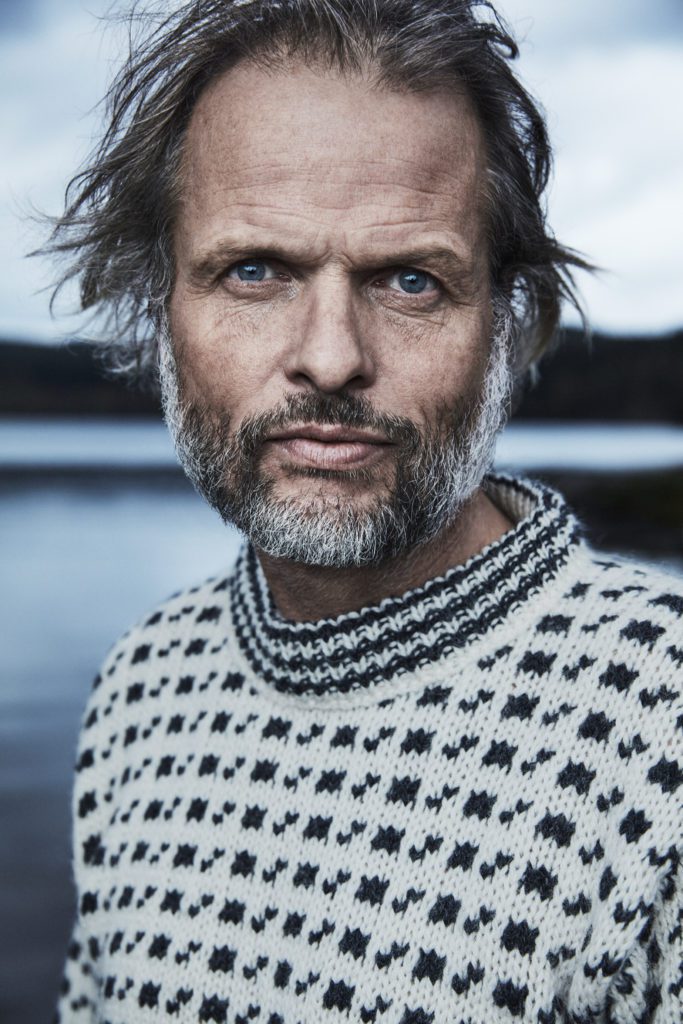 Do you think people are intimidated by art?

People will traditionally think its super costly thing to collect art. It’s partly true, of course, but you can still go to the Serpentine Gallery ten minutes’ walk from here and buy some beautiful editions for two or three hundred pounds. It’s surprisingly inexpensive: I think that you can get world-class artists’ editions, maybe 100 signed and numbered, and you pay three hundred dollars. And you have a great art piece.

For me it’s not about showing off, it’s about living in a beautiful home with art that I kind of know but I can’t say I understand it all. I think it’s hard to know what I understand. I think the most common advice in the art world is buy what you like. And to me that is lousy advice. 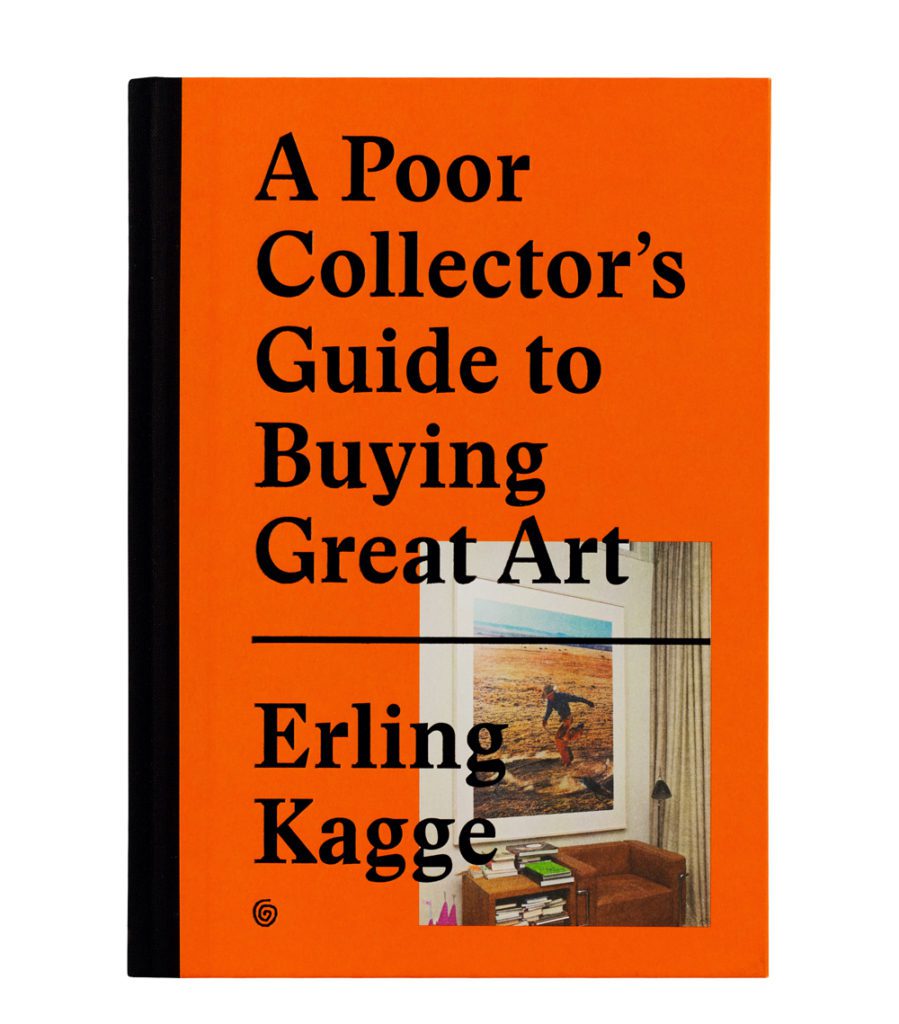 As one gets older is it harder to remain curious?

Absolutely. We have this Norwegian expression: It’s limited how much hair you have in your nose. You know when you get kind of old and not necessarily in terms of years. You get too happy with yourself, you don’t really care anymore and you’re kind of over the hill.

But we’re all born explorers. We’re all born to wander. When I look at my kids, before they could walk and talk they wanted to climb. And as soon as they learnt how to walk, they walked out of the house and started to wonder what was between themselves and the horizon. 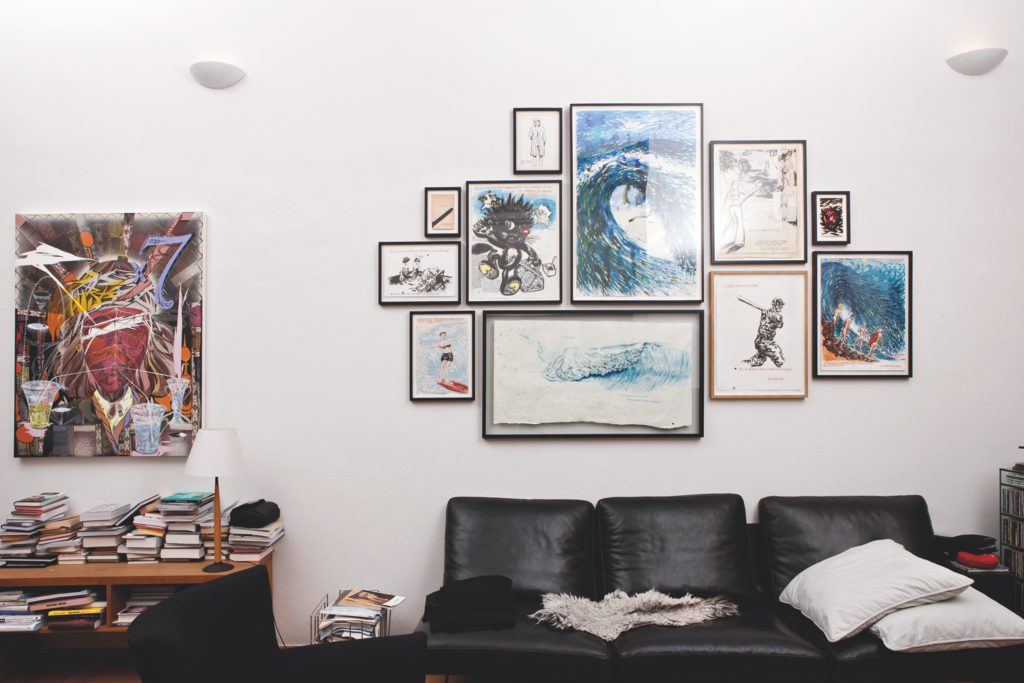 Is it fair to say that Norwegians love nature?

It’s true, it’s very much integrated into Norwegian culture and society. More than in England for sure and more than in most places. But we have fewer people. And historically too it has been an important part of building Norwegian self-esteem: that we are people who hike in the summertime and do cross-country skiing in the wintertime. It’s kind of the Norwegian dream. And then have a cabin.

You are a dyslexic publisher and a mountaineer who is afraid of heights. Is this masochism?

If you never freeze, you’ll never really enjoy being warm. And if you you’re never sick you will never enjoy being healthy. You wake up in the morning and if you have to choose between doing something easy or something more complicated, I think it’s often quite wise to choose the most difficult option.

To what degree are your various pursuits about conquering new territory?

I don’t think about it as new territory. I think for me art collecting, skiing to the poles, climbing the mountains, sailing the oceans, hiking, editing books, it’s kind of all one big thing to me. It’s about perspective and engagement. Finding meanings in life and variety. 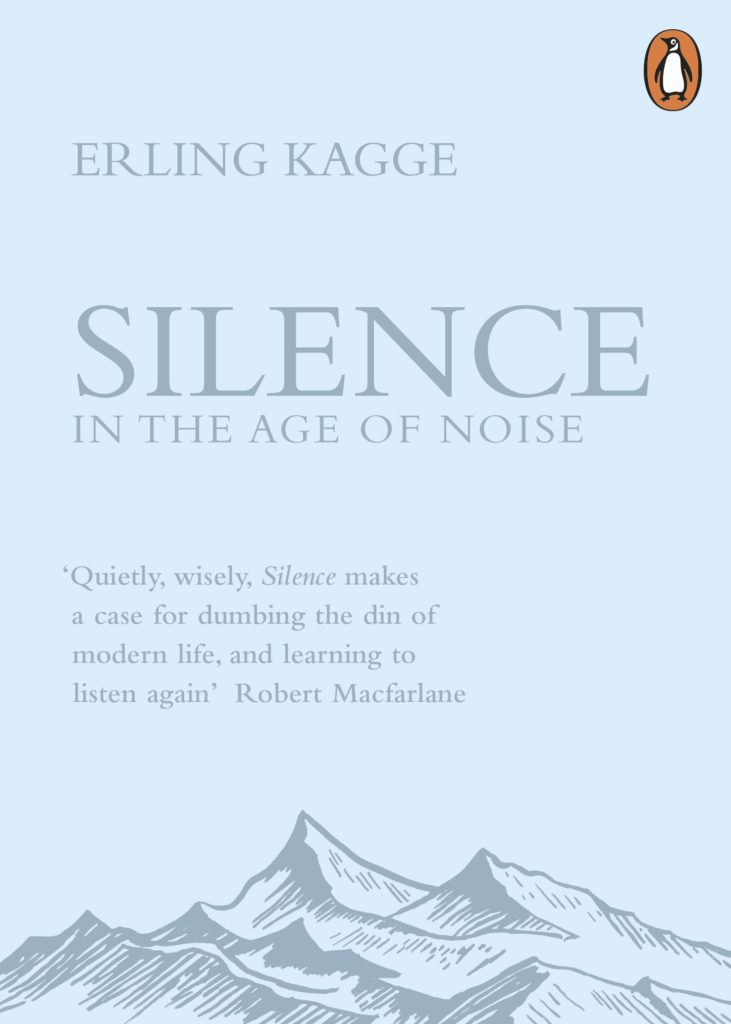 Silence: In the Ae of Noise by Erling Kagge (Photo: Penguin/Viking)

Do you think Norway is riding the crest of a cultural wave?

I think Norway now is in kind of a renaissance. The first renaissance in Norway happened around 1900, so like 400 years after Florence. That’s when we got our independence, that’s when we had really great scientists, we had the greatest explorers, we had great humanitarians, we had great painters, great authors. That was an unbelievable time in Norwegian history. And then it calmed down. Today, in 2019 you see kind of the same: in terms of art, literature, science, humanitarian work, business, we live in a super rich period.

Philosophy for Polar Explorers by Erling Kagge is published by Viking

22 November 2019 / Christian House is a freelance arts and books writer for The Telegraph, The Observer and The Art Newspaper Categories