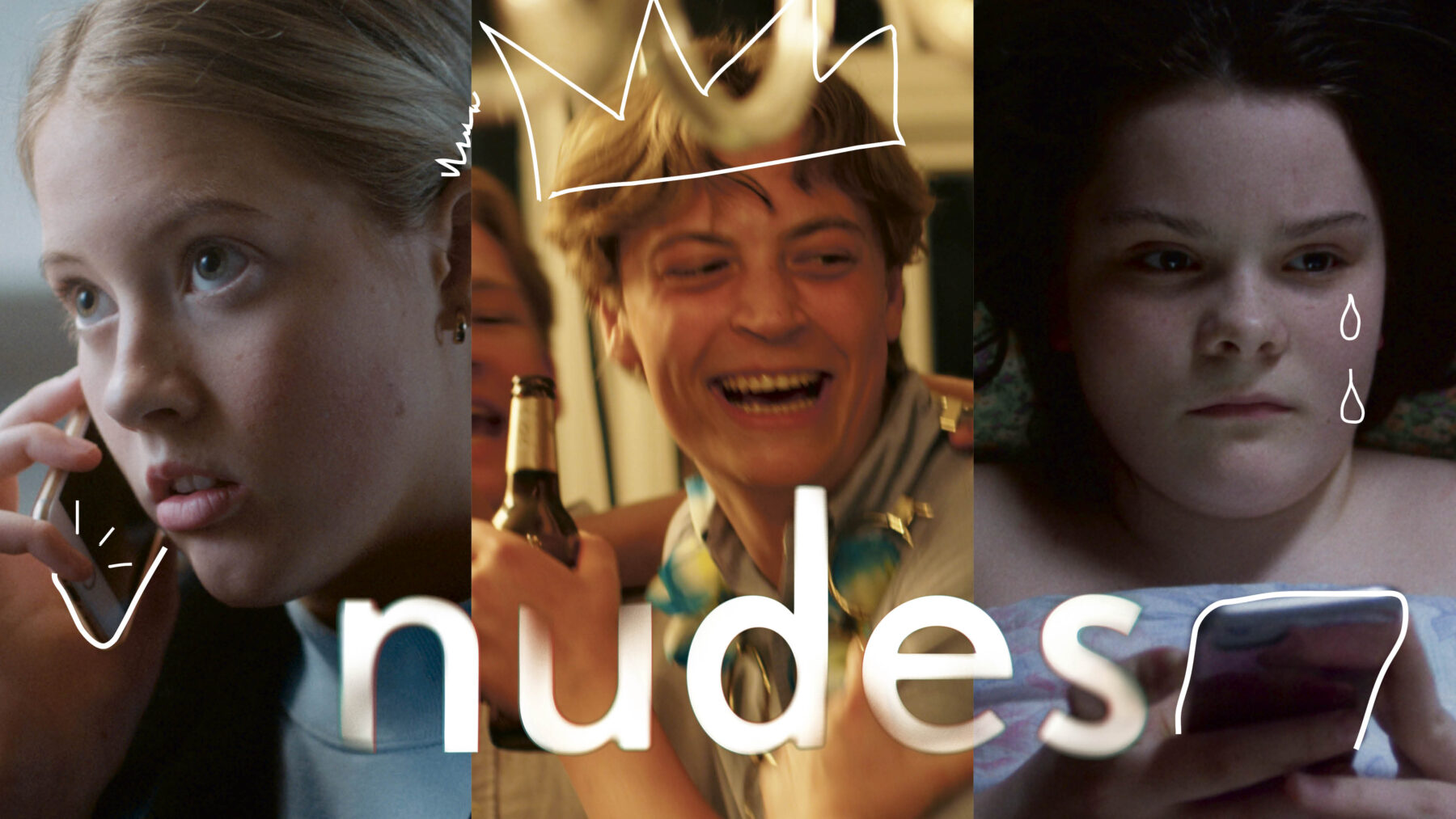 Created by writer-directors Liv Barbosa Blad and Erika Calmeyer, from production company Barbosa Films, Nudes focuses on a series of teenagers and young adults thrown into personal crises by the sharing of intimate material online. The series has proved to be an important platform for the discussion of how technology has brought new moral, ethical and legal issues into the lives of young people.

Norwegian Arts caught up with Liv and Erika during lockdown to talk about the challenges experienced by a new generation of teenagers, and what the producers intend to tackle in the second season of Nudes.

How did you develop the idea for Nudes?

Erika: It started a while back. I did a short documentary about cyber-bullying and did some research where I discovered a terrifying universe of online forums with nudes. Then me, Liv and Nina [Liv’s sister, producer Nina Barbosa Blad] sat down and discussed this over some glasses of wine, and got pretty fired up about it. When we tried to look for some information or guidance for young adults who are sending nude pictures we mostly found moralising information of ‘you shouldn’t send nudes’ which puts a lot of the responsibility on the person taking the picture of themselves – instead of putting the responsibility on the person who obtains it or shares it without their knowledge. That was a very unequal distribution of responsibility in our opinion, and that’s why we wanted to make something focusing on this issue and maybe show some different aspects of it. 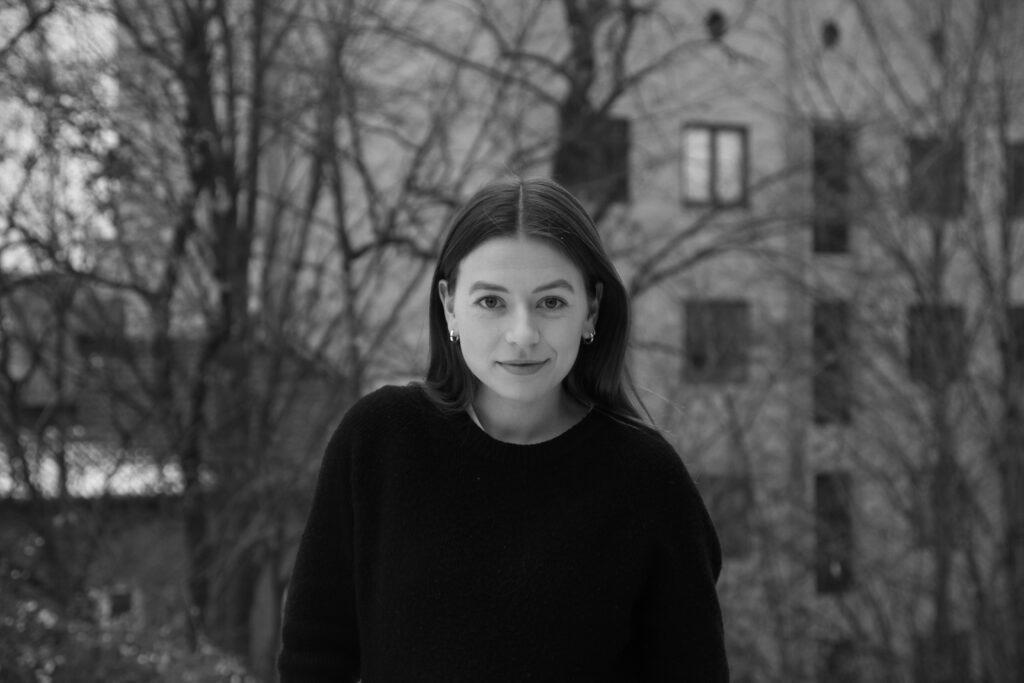 What message did you want to convey in Nudes?

Erika: That it’s very important to talk to someone about what has happened. Part of the problem is that there’s a lot of shame and stigma surrounding it. When a nude of you has been shared without your consent, it can be hard to talk about it, or even know who you can talk to. Research shows that teenagers check what their parents accept by testing out stories of what their friends have done. It’s important that parents manage to have a dialogue and not see everything in black and white. We know that for young people their phones are part of every aspect of their life, including their sexuality. Sending a picture to someone you trust as part of exploring or flirting is in itself not wrong. In Norway it’s illegal for someone to share a nude picture of someone else, and if that happens you can, and should, go to the police.

Liv: And for many that will be a big hurdle. Our research showed that how they look back at the experience is hugely defined by how the first person they talk to about it reacts and deals with it. 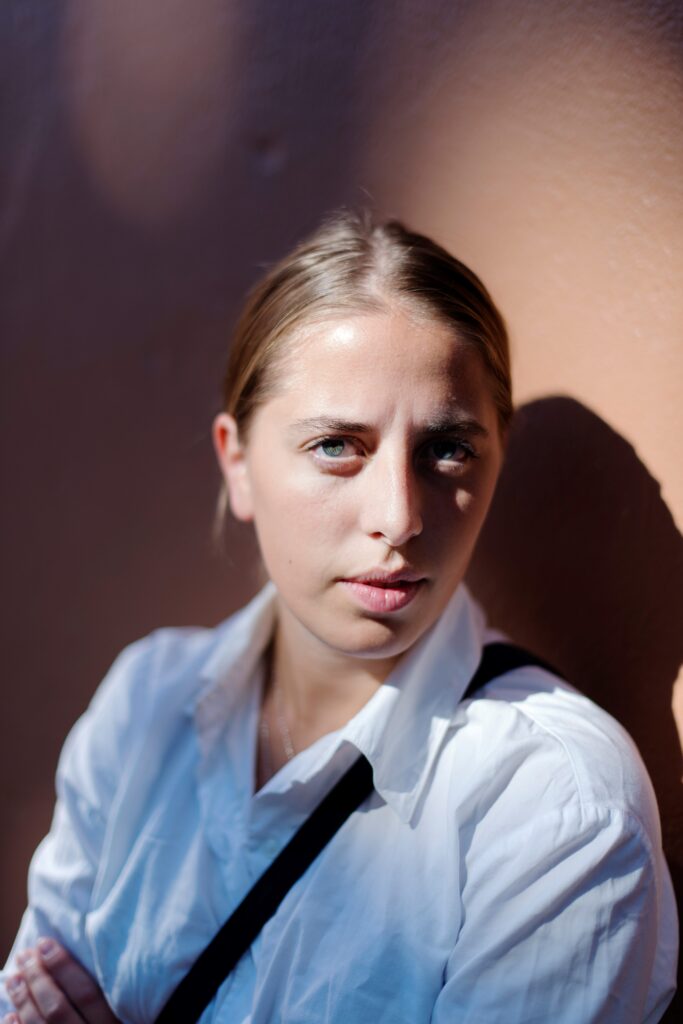 Was it important that the characters were shown from different perspectives?

Liv: That was one of the core elements of the project, and the reason that we went for the anthology layout of the season. We wanted to show the different ways that this could happen and get empathy for the different perspectives. It was also important to us to have characters of different genders and that they lived in different parts of Norway, not just in Oslo. If you come from a small place or a big city, if you’re the least or most popular person at school, or if you have a network of people and support around you, all will have a huge impact.

How have teenagers and young adults reacted to the show?

Erica: Overwhelmingly positively. We have been working with and involving teenagers from the very beginning, as we wanted to make it relatable to them. We did a lot of research, we had them reading the script, selecting music, participating in the editing process. Once the show had aired on TV we travelled around Norway and interviewed teenagers about it. It was uplifting that so many of them had gained more empathy for others who were in a situation where a nude picture of them had been shared without their consent. 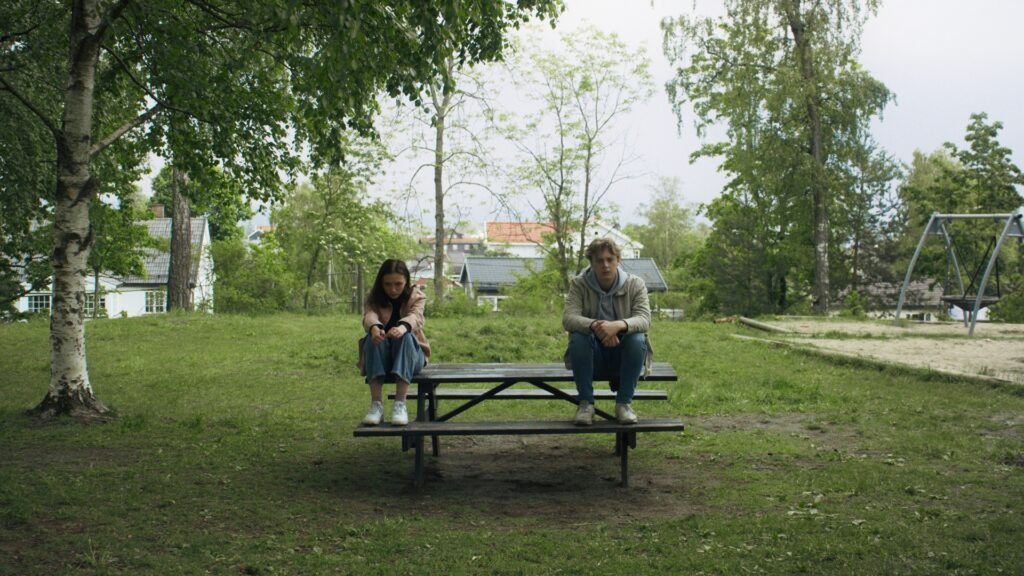 A scene with Viktor, one of the characters from the first season of Nudes (Photo: BBC Three)

Did the feedback from the teenagers influence the direction of the show?

Liv: Absolutely. We asked young people to share their stories with us, and Nudes is inspired by some true events. In regards to the script their feedback made it more believable, as they could confirm whether this is something that they would have said, and if these are the words they would have used. While in the editing, we’d ask them questions like, who do you feel sympathy for in this scene? They shaped the story quite a lot.

Erika: It was a wonderful experience working so closely with the age group that the show is aimed at. If Nudes had become a huge hit with the 40-plus age group we would have missed the mark.

How would you describe the three main characters in season one?

Liv: Sofia is at a very relatable stage where she’s wanting to explore her own sexuality, partying a bit more, and experiences being filmed without being aware of it. What was interesting to see was how she would deal with being in this situation while having resources such as her group of friends and family around her. 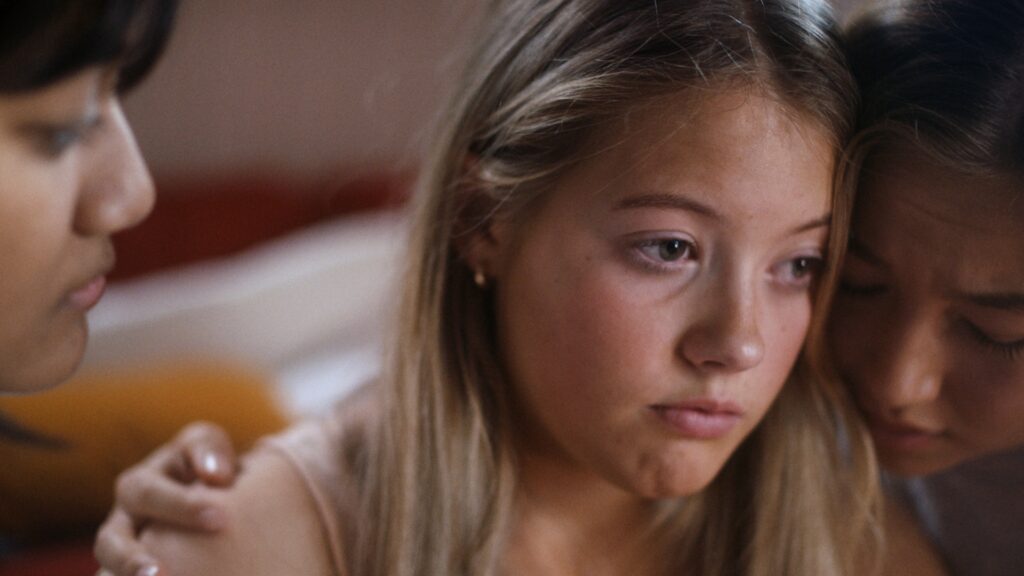 A scene with Sofia, who experiences being filmed without her consent during the first season of Nudes (Photo: BBC Three)

Erika: We wanted Viktor to represent all those people that share pictures without fully realising the impact it has, both the hell he has created for the person whose image he shared, but also the consequences for himself.

Liv: Ada was probably the most severe situation of the three because she is the victim of a serious criminal act. She’s a very young person who has taken nudes and sent them to someone she trusted, but when they are shared and she is being blackmailed she has so much shame attached to it that she’s unable to talk to someone about it. 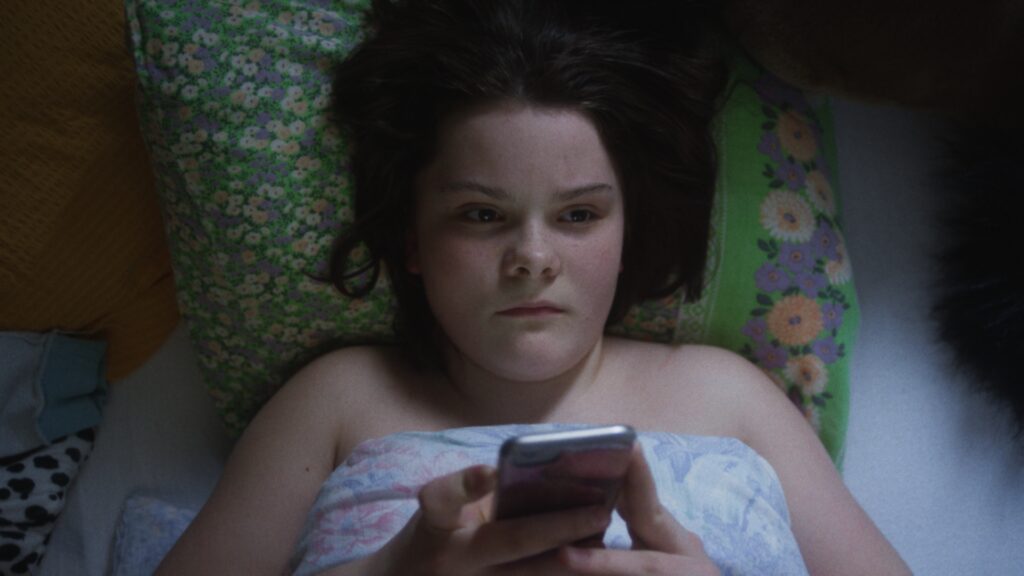 Ada, one of the characters from the first season of Nudes (Photo: BBC Three)

The second season of Norwegian teen drama also touched upon the subject of nudes. Is it becoming mainstream?

Liv: We were conscious that there might be some comparison between the shows, that’s inevitable. It’s a huge subject and I’m sure there will be more TV shows tackling it from different angles going forward, and the more people that talk about it the better. When we’re communicating via screen it can remove some of the human perspective. You have to remind yourself that there’s an actual human on the other side of that screen.

Will there be different characters in season two of Nudes?

Erika: We will have new characters, in new situations. What we want to do is delve into the grey zones a bit more because there’s a lot of difficult dilemmas to explore.

Liv: In Italy they’ve started filming the remake of season 1, which is also very exciting!

4 September 2020 / Marte Eide is an arts and communications adviser at the Royal Norwegian Embassy in London. Categories