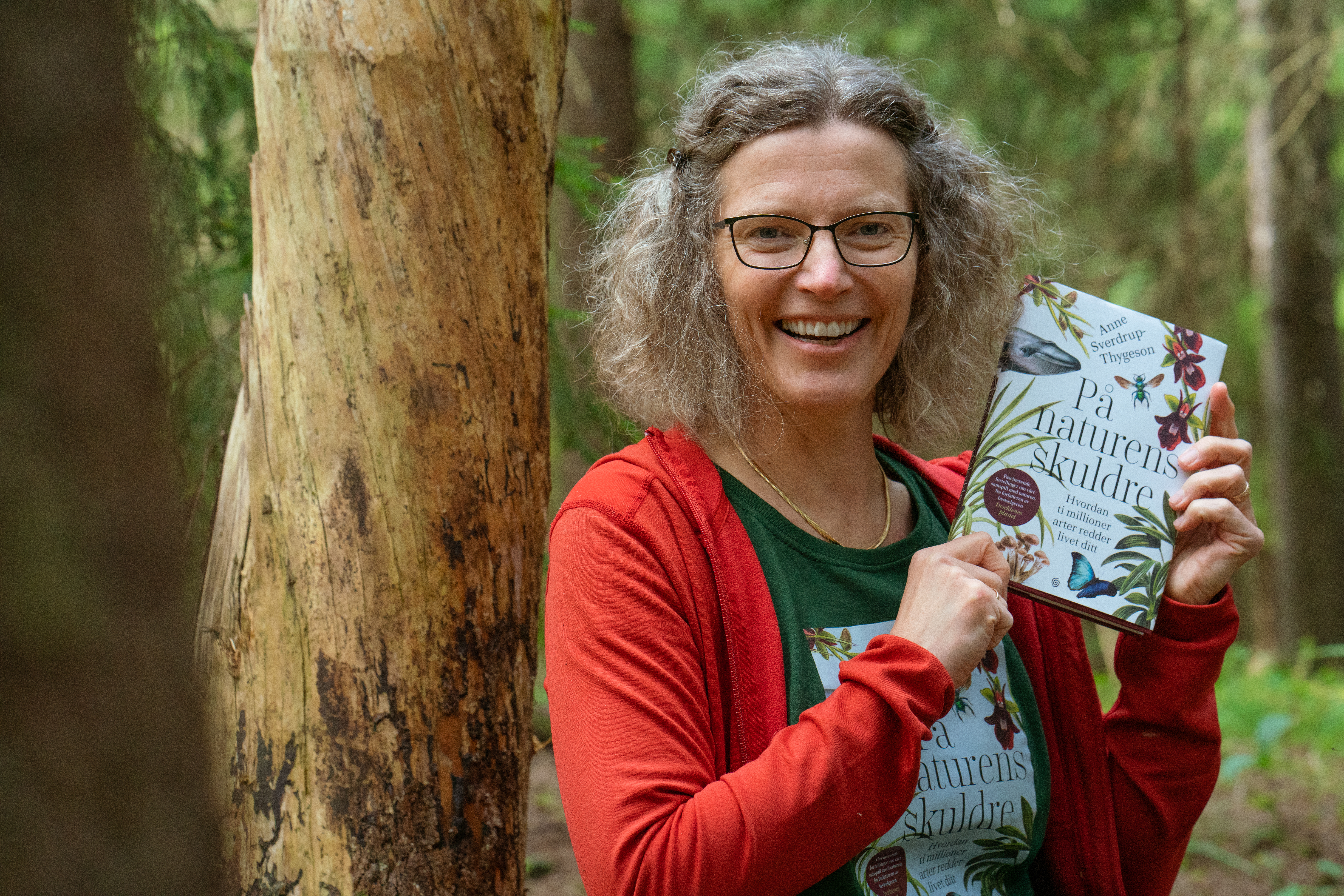 The Norwegian conservation biologist Anne Sverdrup-Thygeson understands the enormous value of tiny creatures – she is the author of the bestselling book Extraordinary Insects – but in her new study, Tapestries of Life, she has widened her lens to survey entire eco-systems. The book delivers a timely reminder that humanity is just one link in an intricate and fragile network of schemes and structures.

Extraordinary Insects was described by The Times as a book “stuffed with jewels” – one of its stars is an Indian stick-insect that can make love, non-stop, for ten weeks. Her new book is equally startling, brimming with extraordinary evidence of nature’s influence – from New York’s pure water source to bullet trains designed like kingfishers’ beaks. The natural world, Sverdrup-Thygeson explains, can be a pharmacy, a grocery and an immense source of inspiration. But it needs to be treated with respect. 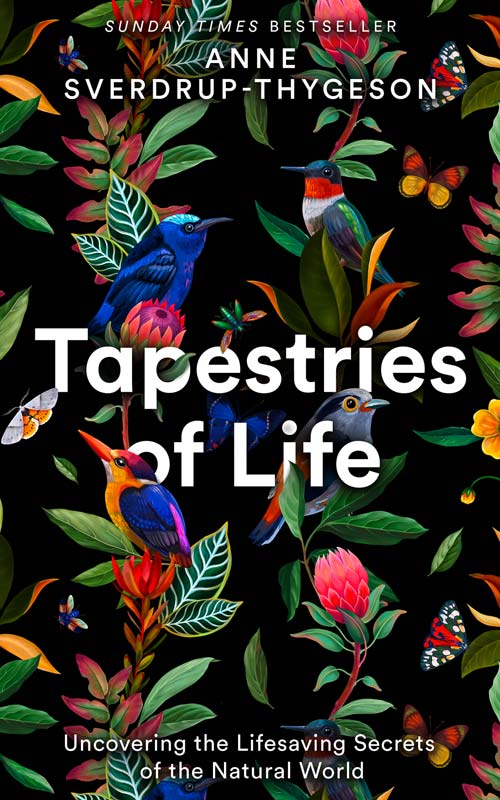 As Tapestries of Life is published in Britain (translated by Lucy Moffatt) Sverdrup-Thygeson talked to Norwegian Arts about the wonderful “wickerwork of nature” and her promotion of “seemingly insignificant creatures with PR problems.”

How would you define the field of conservation biology?

Conservation biology is an interdisciplinary field where biology disciplines – like genetics, ecology, fishing management and forestry – meets the social sciences like sociology and economics. The point of conservation biology is to describe what’s going on out there with all the species that we share the planet with, how are we influencing them and how that is influencing us.

Was it challenging to move from the micro – in Extraordinary Insects – to the macro with Tapestries of Life?

It took a bit more research because my study system, when I’m doing research, has always been with insects. So I knew all the stuff better for the insects. But still, a lot of the examples I use when I’m teaching come from conservation biology but it’s a really wide field. Speaking about insects is wide but this is wider; that was challenging, knowing where to stop.

The motivation for writing is twofold. I really want people to realise these messages are important for us as species, for survival, that’s one motivation. And the other is the process of writing. To try out new things. For instance, the personal stories, I found that very hard in my first book. This time it came naturally. 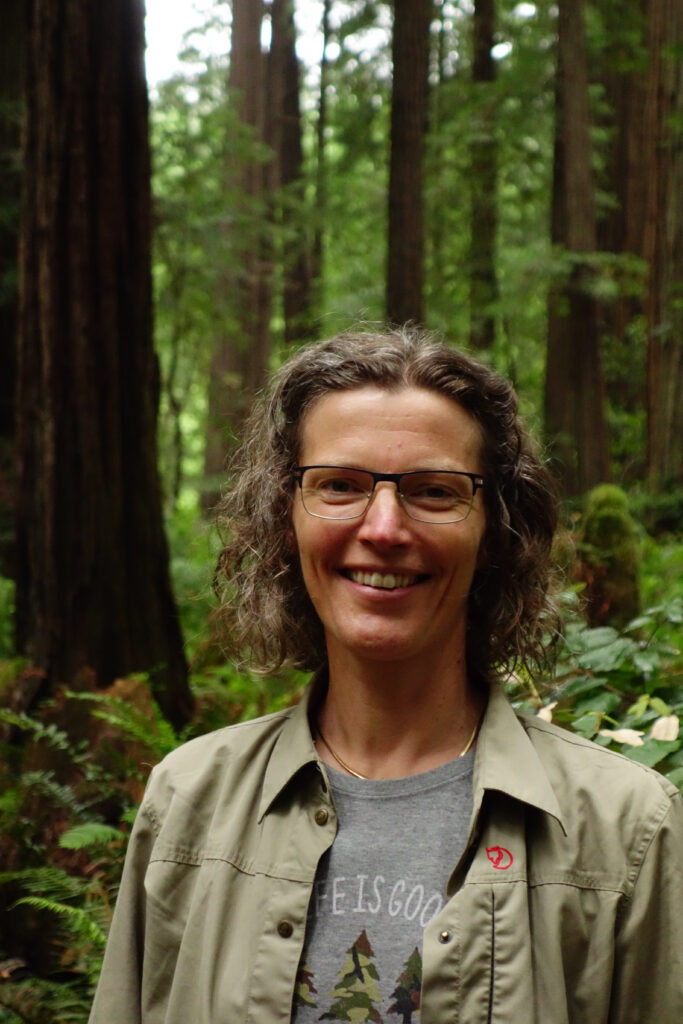 Nature is often seen as a resource, a danger or something pretty. Are we now developing a more complex perception?

Yes, I hope so. Especially that we realise that we can’t just continue to tap into this resource. It’s not a huge storage room that some unseen power is refilling every night through the back door, we can’t just go in there and keep harvesting and destroying and expect it to be replenished. That’s not how it works. We need this shift. Just looking at the G7 meeting, even the world leaders are recognising that we need nature, that we have a nature crisis as well as a climate crisis. We need to start thinking in a different way. 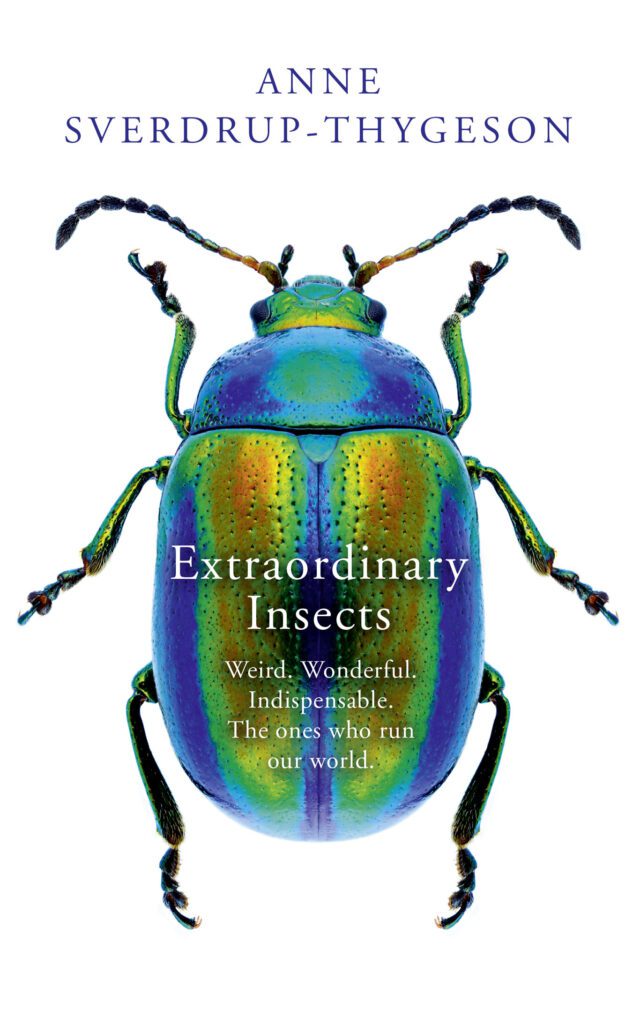 Can an individual make a difference?

Just think about people like Greta Thunberg – the impact that one single person can have on a world scale. It’s a similar argument from individuals to states and nations, it’s just bigger. Someone has to start, someone has to show the way. People say, it doesn’t help if I change because it’s just a drop in the ocean. I tend to answer, what is the ocean if not just a lot of drops?

Are we stuck in a model where economics remain the main motivating force in regard to the environment?

Yes, I guess we are. This is often an argument between my colleagues. My entire book is about ecosystem services, which I prefer to call ‘nature’s goods and services.’ But many people oppose using this term – ecosystem services – for pulling all these different services, which you can’t really put a monetary value on, into the economic system. There can be drawbacks relating to that. You can say, ok it’s fine that I destroy nature if I just pay the amount that it’s worth. In the Western world money talks. And I think it’s more of a good thing than a bad thing that we have started talking about what it costs to destroy nature.

Are humans the only species that knowingly undermine nature?

Knowingly, yes, I think we definitely are. We are the only species on Earth that have the intelligence and the way of communicating that together makes it possible to realise what has been going on – the consequences of what we are doing now. And also a moral perspective: we have norms of what is right and what is wrong and no other species as far as we are aware are anywhere close to that. That is the irony.

Are Norwegians more in tune to the value of nature than other nationalities?

Probably, because we have traditions of being outdoors: the Norwegian tradition of the hytte – the cabin – where you go at the weekends, or we go skiing or hiking. And we have the system of the DNT trekking association and cabins in the mountains. Looking back at this past year and a half, with the Coronavirus crisis, it’s just amazing to see how much more even Norwegians have been using nature. Almost everyone. 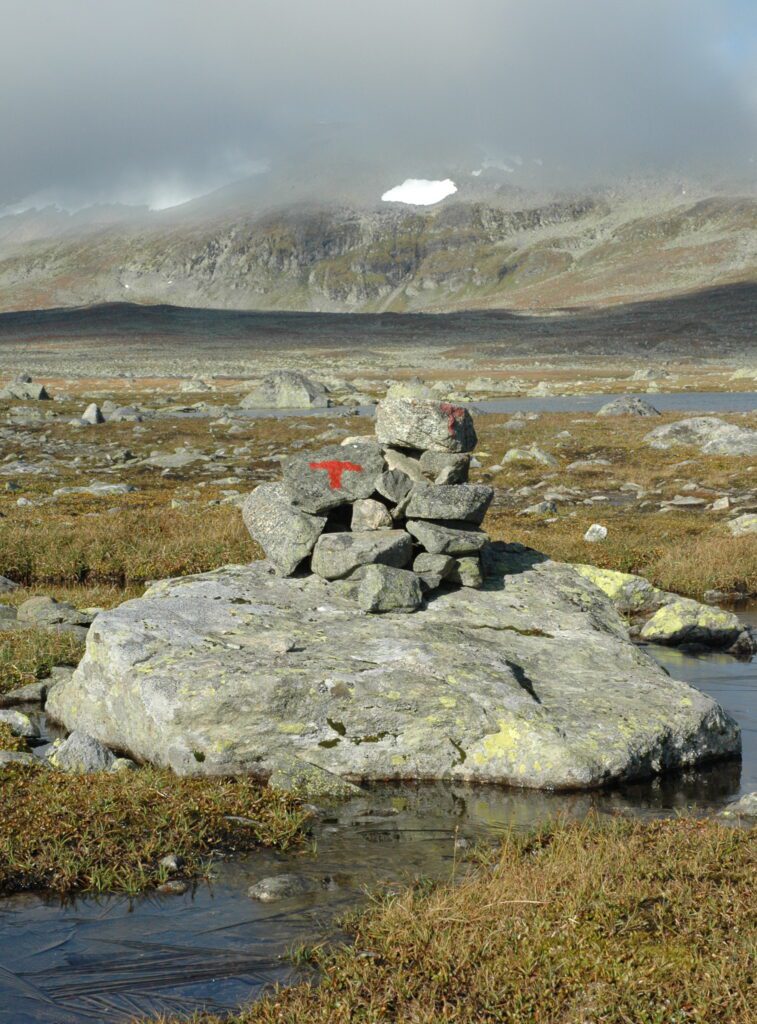 In Tapestries of Life you describe how your grandfather helped shape your love of the natural world – how important are role models in this field?

I think it is important in life and also for research. Kids that are taken out into nature are more likely to engage with nature as grown-ups. It’s about the basis of life for all of us. You own the engagement. And that is something we should keep as we get older – being able to see the wonders in the really small things and the awe of it all and being part of something bigger than ourselves. This feeling of ‘wow’. 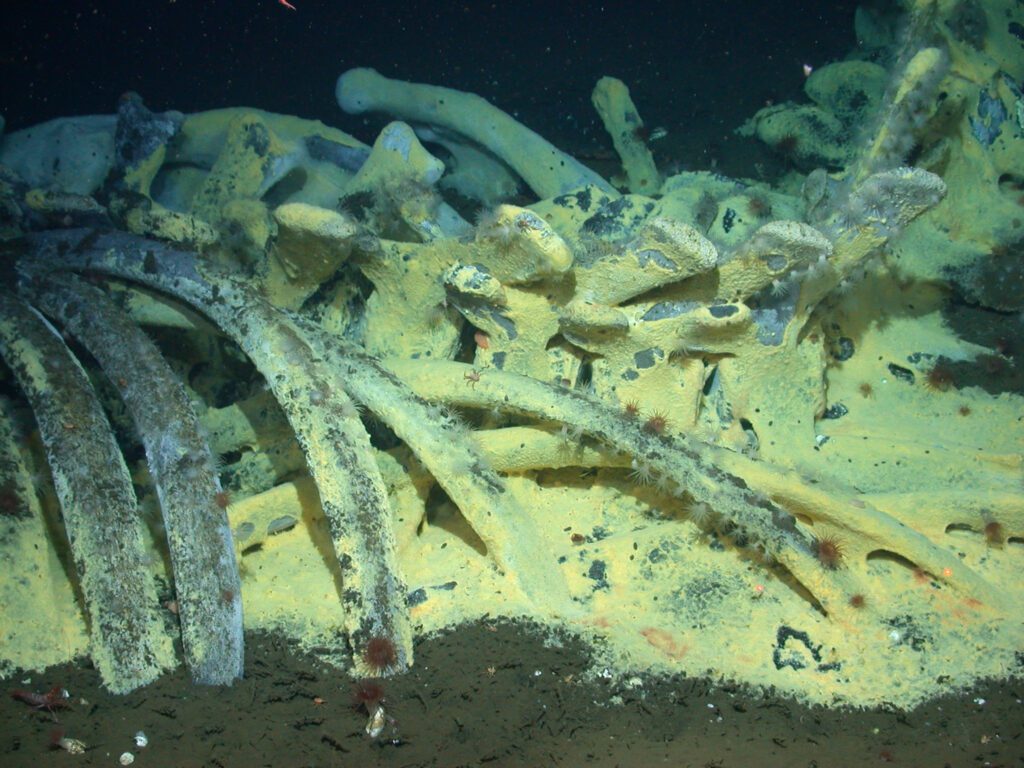 Chemoautotrophic whale-fall community, including bacteria mats, vesicomyid clams in the sediments, galatheid crabs, polynoids, and a variety of other invertebrates. The 35-ton gray whale was originally implanted on the sea-floor at 1,674 metres in the Santa Cruz Basin in 1998. This image was captured six years later (Image courtesy of Craig Smith, University of Hawaii)

What made you go ‘wow’ during your research?

One of the pictures that stays in my head is of the ‘whale fall’. I find it fascinating that there is a name for when a huge whale dies and sinks 3,000 metres [to decompose on the sea bed]. It’s sort of a symbol of the circle of life, this huge creature starting to give life to a new set of super strange species down at the bottom of the ocean in a hostile environment. There’s no way life can keep growing if you don’t have all these species – these caretakers – in nature.

Did you set out to make the book accessible to everyone?

Some of these stories are just bizarre and fun. You can’t really hold them back from people, it would be unfair. People deserve to know them and then there is a sort of added extra effect that they often make people want to know more. There is this saying: ‘what your heart is filled with, your mouth will be over-filled with’.

Anne Sverdrup-Thygeson is a professor of conservation biology at the Norwegian University of Life Sciences. Her books, Tapestries of Life and Magnificent Insects, are both published by Mudlark

23 June 2021 / Christian House is a freelance arts and books writer for The Telegraph, Financial Times and The Art Newspaper Categories