Alan Lucien Øyen works with dance and theatre as a director, choreographer and writer. His new piece Bon Voyage, Bob, commissioned by Tanztheater Wuppertal Pina Bausch, will be playing at Sadler’s Wells this February. We spoke to him about his own company winter guests, following Bausch’s legacy, and the creative process behind Bon Voyage, Bob.

Alan Lucien Øyen started out his career as a dancer, studying ballet at Oslo National Academy of the Arts. As a child, he would watch theatre religiously at Ibsen’s Den Nationale Scene in Bergen, where his father worked as a dresser. In 2006, he established his own company winter guests, a multidisciplinary company that has since toured all over the world. Along his work as artistic director for winter guests, Øyen is also artist-in-residence at the Norwegian Opera and Ballet, as well as working on commissioned pieces. After touring Europe, his new piece Bon Voyage, Bob is now ready for the UK audience. 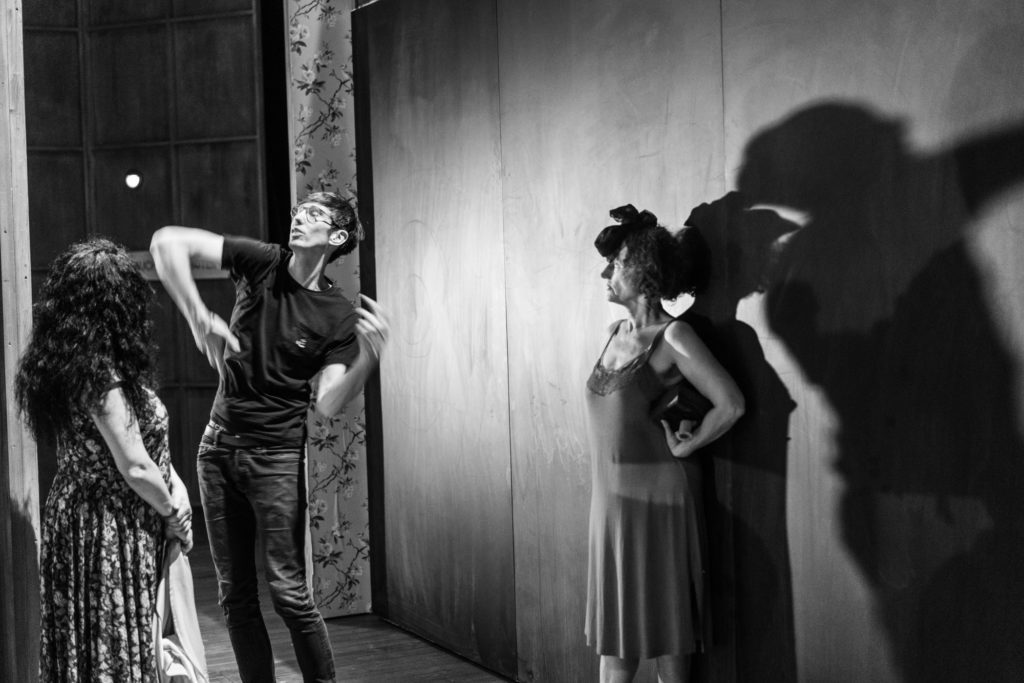 Firstly, you work with dance, theatre, chorography, directing and writing. How have you become such a multi-artist?

I am intensely curious as a person, so I will quickly turn around and look for other means and ways to express and tell stories. I am also very fond of change, so when I work with words and meaning I am yearning for the abstract nature of movements, free from any form of narrative. However, when I work with dance I am desperate to find a meaning in all abstraction. Oscillation is the key to me.

Mostly, I just pinch my arm over the tremendous privilege I find it is to have been allowed and encouraged to work so multidisciplinary.

Could you tell us more about your company, winter guests? How did it all start, and what is your vision for the company?

winter guests began more than 10 years ago. Some will know us as a theatre company, an ensemble of actors producing devised contemporary theatre – I’ve been writing together with British playwright and director Andrew Wale since 2009. Others will see us as a contemporary dance company. The works will shift and change from production to production. It is an exciting way of working; enabling us to choose what format best fits the story we want to tell.

Whether it be theatre or dance, it is almost always a narrative work. We are looking for alternative stories and characters that are not so often exposed, but that still have a universal relevance. Stories that tells us something about who we are as human beings. I want to feel changed, moved or inspired when I leave the theatre myself, and with winter guests we aim to achieve this for our audience. It is an old idea, really, harking back to the birth of theatre itself: Catharsis. 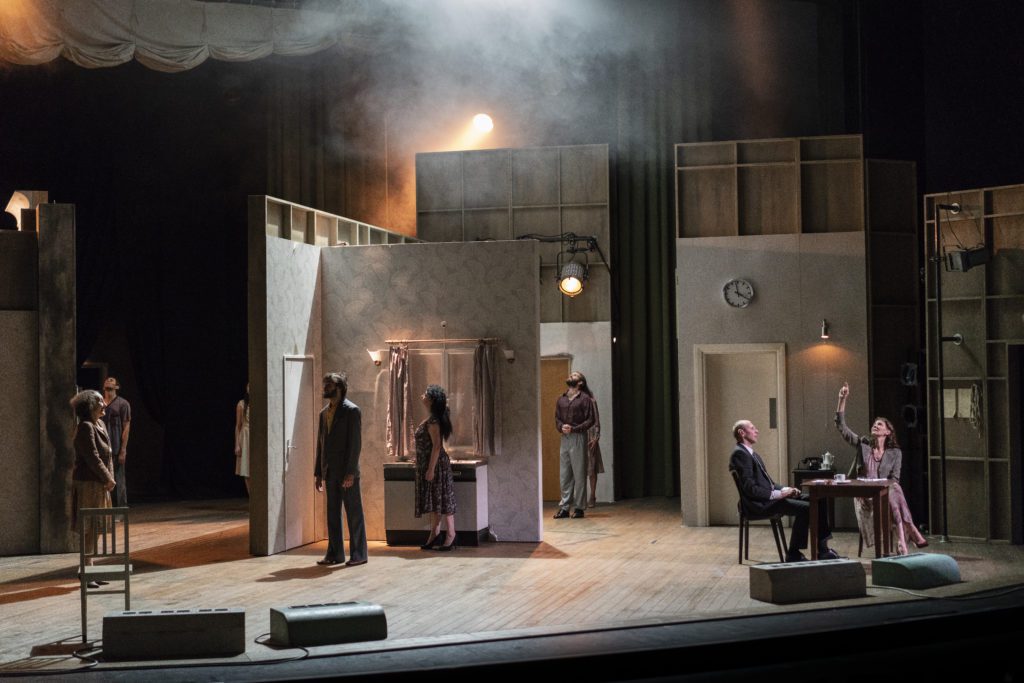 You are one of the first two guest chorographers commissioned to create a new piece for the renowned Tanztheater Wuppertal Pina Bausch, after decades of the company performing Bausch’s work. What has it been like following in Pina Bausch’s footsteps, and working with the company?

It has been one of the most beautiful creative processes of my career. It was entirely special to step into the company at this point in time and to be allowed to continue the creative explorations with such incredibly experienced performers. The respect and humility they bring to the rehearsals are unparalleled and allow for truly unique experiences in the studio.

In many respect I could describe working with Tanztheater as coming home. Which doesn’t mean to say that there is a direct link or similarity between my work and the work of Pina, but rather, I’ve been amazed to find how indirectly influenced I am by her work, because of the tremendous impact she had on performing arts in general.

The new piece is called Bon Voyage, Bob, and has its UK premiere at Sadler’s Wells on 22 February. How would you describe the piece, and what can the audience expect?

Bob is a tapestry of stories. A “timepiece” of the discourse we, the company and myself, had when creating the work. It is about dealing with loss, love, letting go and the weight of memories. I would describe it as much a work of theatre as it is a work of dance. Most of all it is a work of them, Tanztheater Wupperta Pina Bauch, today. 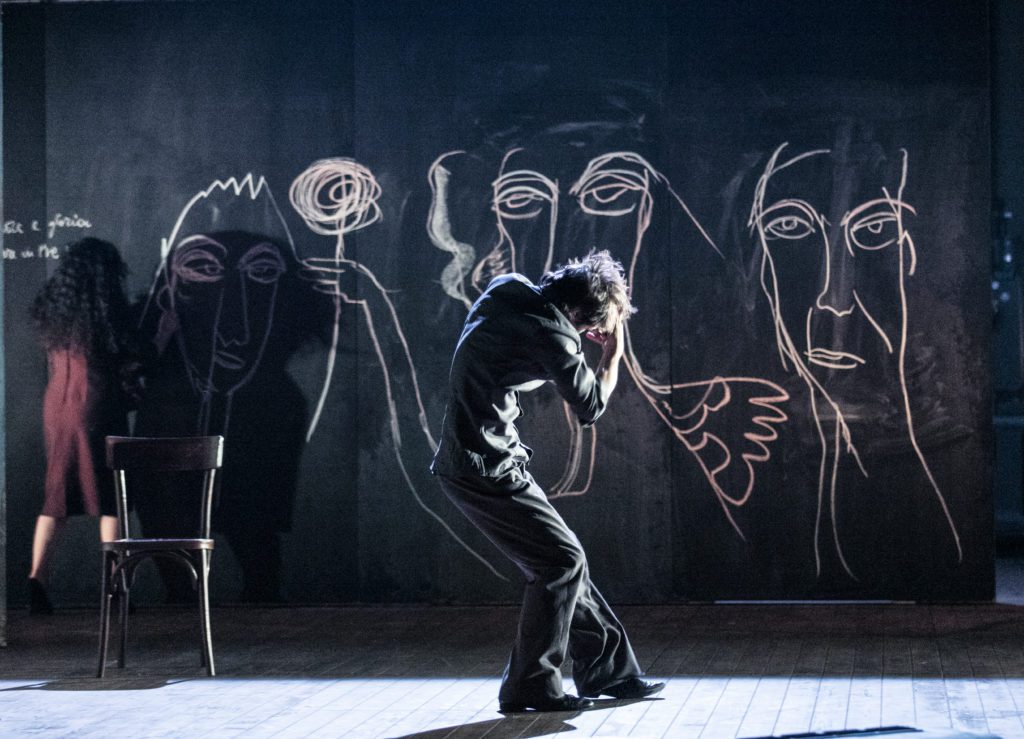 Could you tell us more about the creative process behind Bon Voyage, Bob? What are your influences for this piece?

When I begin creating a new work I try, to as great extend as possible, to come in empty-handed and with as few preconceptions as possible, and to take outset in the performers: the human beings that are right in front of me. This is true of all my work, but certainly the process behind Bon Voyage, Bob.

We would spend a lot of time together: waiting, wondering, and through words, movements and writing explore situations and topics that was stirred up through our conversations. I would no more prompt or dictate the explorations than the dancers would suggest their own thoughts and ideas.

After seven weeks of this process, an infinitely large amount of materials has to be sifted through of what is essentially going to be 3,5 hours. When I braid together the final “curation” of scenes, I look for points where the different narratives touch and reflect one another, so the audience is hopefully left perceiving it as one story. The piece is a fiction, but it’s a fiction based on truth: all of the stories bound together in Bon Voyage, Bob are true. 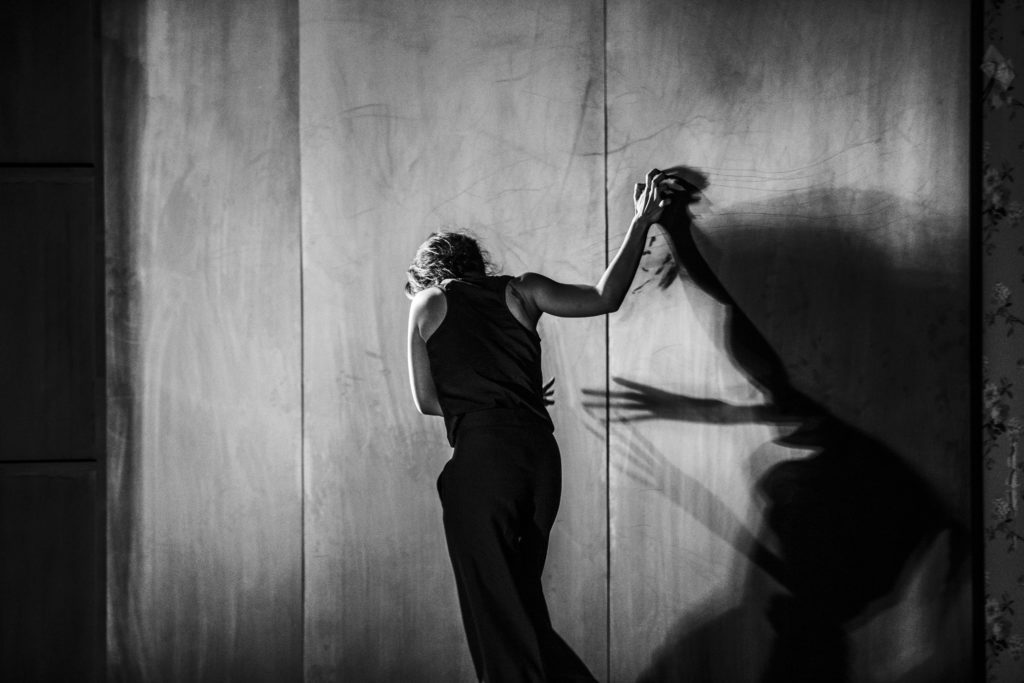 Are there other art forms you would like to explore in the future?

Cinema. Most definitely cinema. I used to say that my works are poor excuses for not making a movie. I no longer believe this to be true, because the powerful proximity live theatre offers, no matter how far back in the audience you’re seated, is so much stronger than any reproduction. I am very much in love with the seductive powers of cinema. There is an intimacy you achieve when you are able to zoom in so close on a subject. I am never happier than when people tell me they watch my work and feel like they are watching a live film.