… It’s Only a Rehearsal 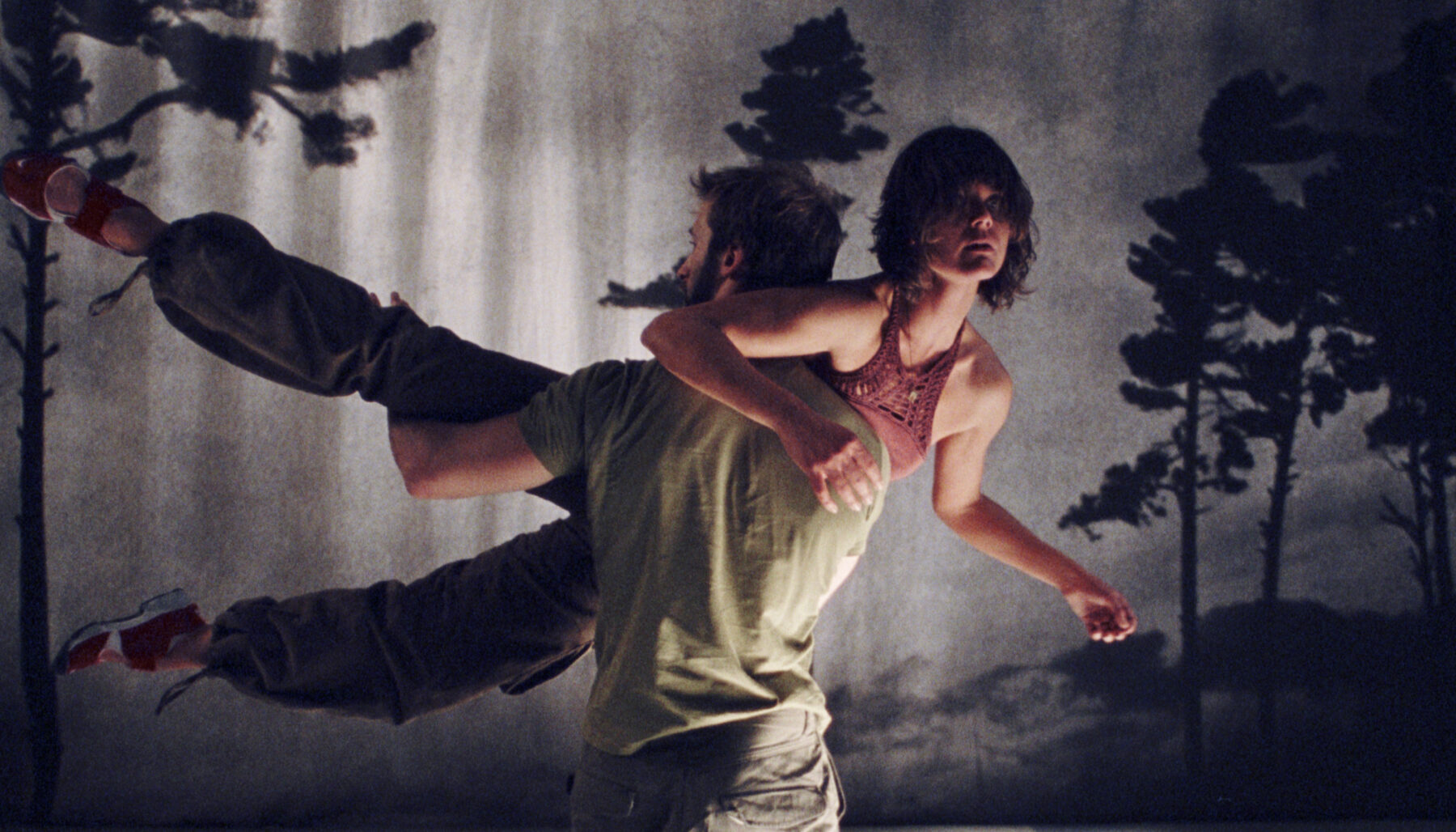 As part of the Northern Light season, a celebration of Nordic dance at Sadlers Wells, the Norwegian company zero visibility corp are reviving one of their most popular pieces, …it’s only a rehearsal. Line Tørmoen, one of the dancers performing the duet together with Dmitri Jourde, tells how she feels about bringing the piece back to the stage.

Tell us what to expect when we see …it’s only a rehearsal?

It’s a really physical dance of the story of a relationship and how it’s developing but put into the con-text of the story of Artemis and Acteon. Artemis is the hunting goddess and when Acteon is out hunting with his dogs, he sees her bathing naked with her nymph in the forest. She casts a spell on him for seeing her naked which transforms him into a stag and in the end he gets eaten by his own dogs. But there are lots of different levels to it. It’s based on the Greek myth but sometimes we’re not the characters of Acteon and Artemis – sometimes we are Line and Dmitri, and sometimes we’re are just a man and a woman going through all the phases in a relationship. When we are who we are is kind of up to the audience to decide.

How emotionally involved is the piece?

It’s very emotional! It involves all the emotion between us as a couple, whether that’s the emotion of me being me, being artemis, or being the woman and how I project towards the man. The story is about that time when you start to see each other, getting closer and closer, and discovering things in a relationship. Like Artemis you become naked, not necessarily physically but emotionally before another man or woman. The dance explores the question of what happens once you’ve been seen. So yes, it’s a very emotional piece and very sexual too. 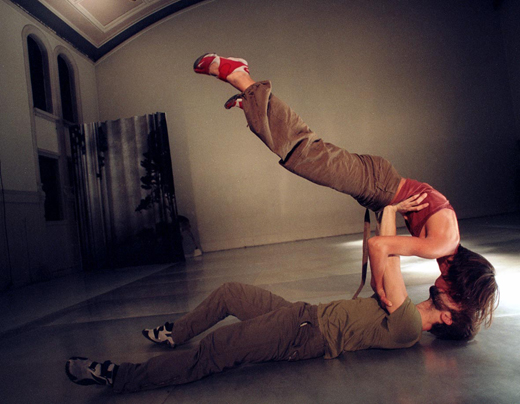 What’s the appeal of this style of dance for you?

It’s such a human way to dance. You’re allowed to explore all the different sides of human emotion and be open to different types of expression. We all gather age and experience into our body memory and in contemporary dance we manage to get that out physically and emotionally. In clas-sical ballet you have to be somebody you’re told to be. But now I’m playing Artemis, for example, I’m still me with all the aspects of me inside her character and what she’s bringing to me when I read about her. In this kind of dance you can show everything that’s human – the ugly, pretty, angry – it’s not just about being stylish or your technique, it’s about emotions.

What do you think makes Nordic dance different, and worthy of its own season?

It’s hard for me to say. I think that the way we dance is often quite physical but also tells a lot of things emotionally. Nordic dance is very often not conceptual in terms of being minimalistic. Some might say the aesthetics are cold, but in that coldness we the dancers are extremely warm. There’s all this emotion underlying everything and in our dance we want things to burst out so you can see that. It’s very human. 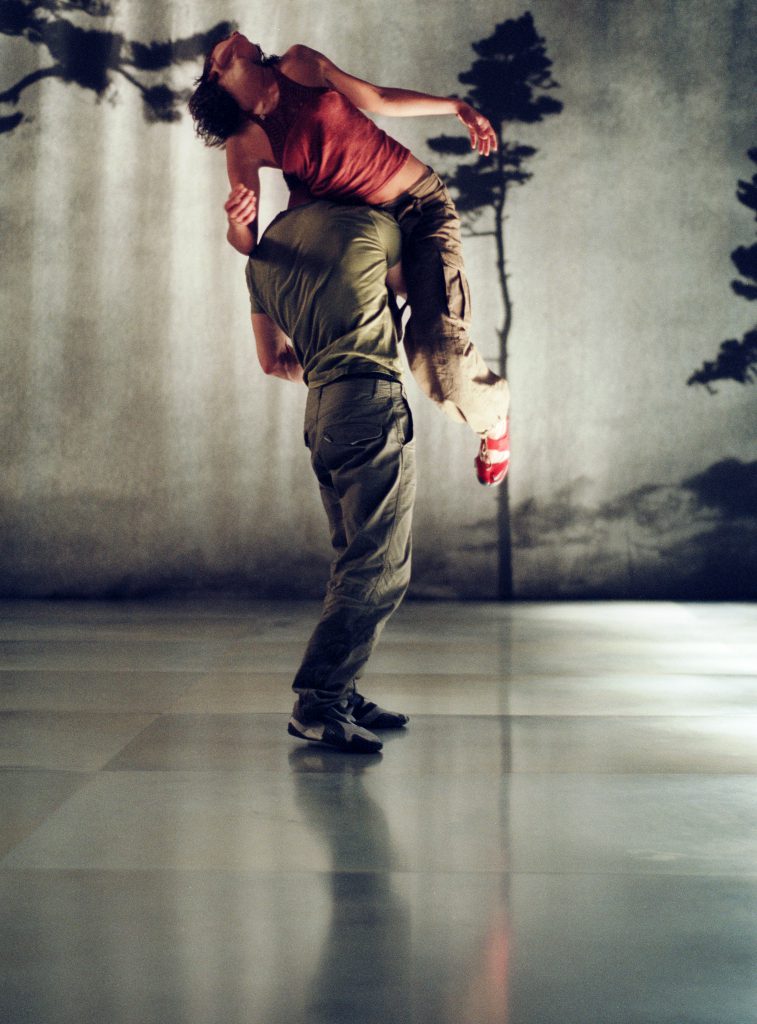 How does it feel to come back to performing …it’s only a rehearsal after a break?

The piece had its first premiere in 2003, and I think the last time we did the full show for real was 2010 or 2011. It’s really physical with a lot of movements to remember and it’s just the two of us so it’s a lot. Though it’s the same piece, it’s going to be different. We’re the same people doing it and it was created for us, but we have aged of course, and also the relationship between us has aged, so that will bring something new to the performance. That’s nice for us to explore as performers but also interesting for the audience. We’re really looking forward to it.

Freelance lifestyle features writer and journalist whose work can be found in The Guardian and The Telegraph. She learned Norwegian as an extra subject at university, where she also developed a lifelong love of cloudberry jam on waffles. Categories