After a busy year in which Einar Selvik of Norse dark folk band Wardruna took Skuggsjá out on the road, including a momentous concert at London’s Coronet Theatre in March, he is looking to wind down 2016 on a high.

Where Skuggsjá was commissioned to commemorate the 200th anniversary of the Norwegian constitution in 2014, and has seen Selvik perform the piece around the world with collaborator Ivar Bjørnson of black metal veterans Enslaved, the Bergen-based musician has never strayed too far from the completion of his main body of work; a trilogy begun in 2009 but which has its roots as far back at his band’s formation in 2003, or, you could argue, as far back as the Second Century.

Runaljod – gap var Ginnunga begun a journey for Selvik seven years ago and marked the debut for a band he formed after an impressive career drumming for some of Norway’s most extreme heavy metal bands such as Gorgoroth and Dead To This World. Based around the runes of the Elder Futhark, the project allowed Selvik to delve into a world of meticulous research that would lead to him being invited to speak at Oxford University and become a leading expert on traditional Nordic musical instruments. Runaljod – Yggdrasil followed in 2013, and now the circle is complete with Runaljod – Ragnarok. 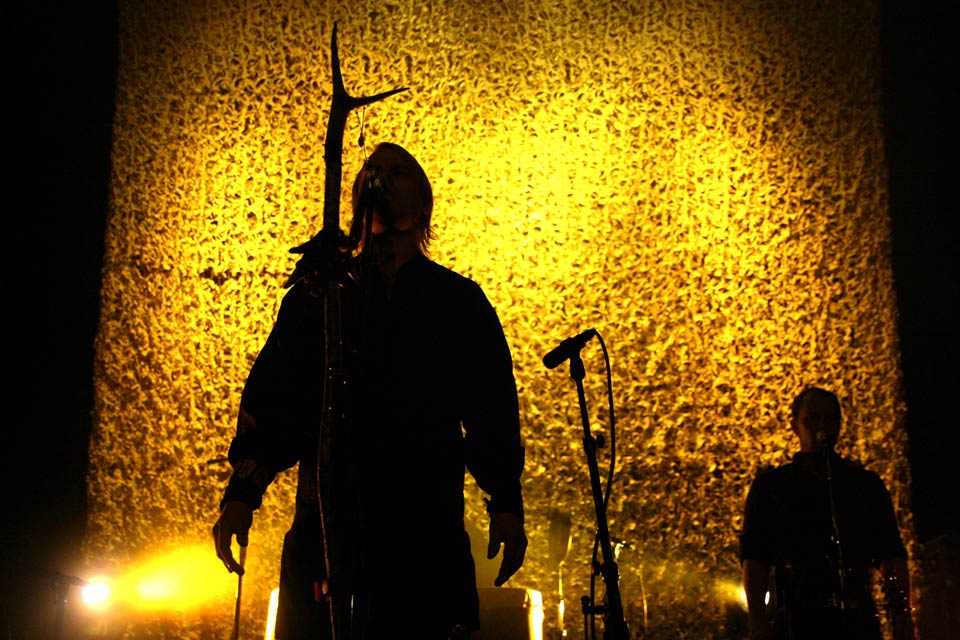 Wardruna performing at the Eurosonic Festival in 2010. Photo: Wardruna

Speaking of the project, Selvik says “There are only 24 runes so I knew it would come to an end. It’s been a long journey and it’s interesting because now, in this final chapter, I revisited ideas and song sketches and even small recordings that are almost from ten or 15 years ago. It’s quite an amazing feeling when you see this huge puzzle I’ve been working on for so long, and you see bits and pieces that you started so long ago fit so perfectly into the setting, just as I hoped.”

Taking each rune from the Elder Futhark, Selvik explored its meaning and themes through music, sometimes recording on particular days or in notable locations. So while the runes of Bjarkan (birch) or Jara (year) were explored on the first album and Fehu (wealth) or Gibu (gift) on the second, Runaljod – Ragnarok focusses on the idea of death giving life, or in Wardruna’s case, the ending of this trilogy giving birth to the new phase of the band.

“I think many people are expecting a very dark album,” ponders Selvik. “But there is a huge misconception regarding Ragnarok, where it tends to be looked upon as this doomsday thing when it’s really just describing a cycle; a cycle of both birth and death and then rebirth again.”

Reflecting on the past decade Selvik is proud of his achievements, which include Wardruna’s music being included on the award-winning television series Vikings.

“You have to remember we spent seven years making the first album and I think the whole process of starting something so different, restarting your career like I did, with completely different music, learning completely different instruments, even learning how to produce my own music for the first time, it’s been a really long slow process that has just been really amazing. I’ve grown as a musician by learning all of these things and composing something that means so much to me.”

“There is a huge misconception regarding Ragnarok as this doomsday thing, when it’s really just describing a cycle of both birth and death and then rebirth again.” – Einar Selvik, Wardruna

To bring an extraordinary and fruitful era to a thunderous close, Wardruna will perform in London at Islington’s intimate and impressive Union Chapel on November 16 and 17. Having previously said that Warduna’s live settings must be in tune with the band’s vision and sense of spirituality, where better than to present Runaljod – Ragnarok at a church built in 1806.

“The setting where we perform is of course important and I try, where possible, to pick places that somehow plays along with the content of the music or compliments it, because that makes the whole thing much stronger,” Selvik says. “I have to admit that my focus on the Union Chapel is not that it is a church but that it is a beautiful room. We did our London debut at the Queen Elizabeth Hall in 2013 and I did shows earlier this year in London and I have to say that performing in London for a UK crowd has been amazing. The reception is simply outstanding, overwhelming I would say. I really like the British crowd; they are attentive and they give a lot. To say that every performance is different, every crowd, every room is different, so the second you step into a room you have to tune into it and every time I’ve done so in Britain it’s been a joyous communication.”

“I have to say that performing in London for a UK crowd has been amazing. The reception is simply outstanding, overwhelming I would say.” – Einar Selvik, Wardruna

It’s an honour to have Warduna back on British soil, especially after such a masterclass of rapturous might and glacial beauty that is Runaljod – Ragnarok. It is just left to ask if the rebirth of Wardruna will take long? “No, I don’t think so,” Selvik laughs. “I have many things I would like to do. I like to work, I’ve already started on new material.”

Louise is a heavy metal fan first and journalist second. She has written for Metal Hammer, been the editor of extreme metal bible Terrorizer Magazine and has run her own print 'zine, Iron Fist Categories

Currently sold out, but check back here for re-sales