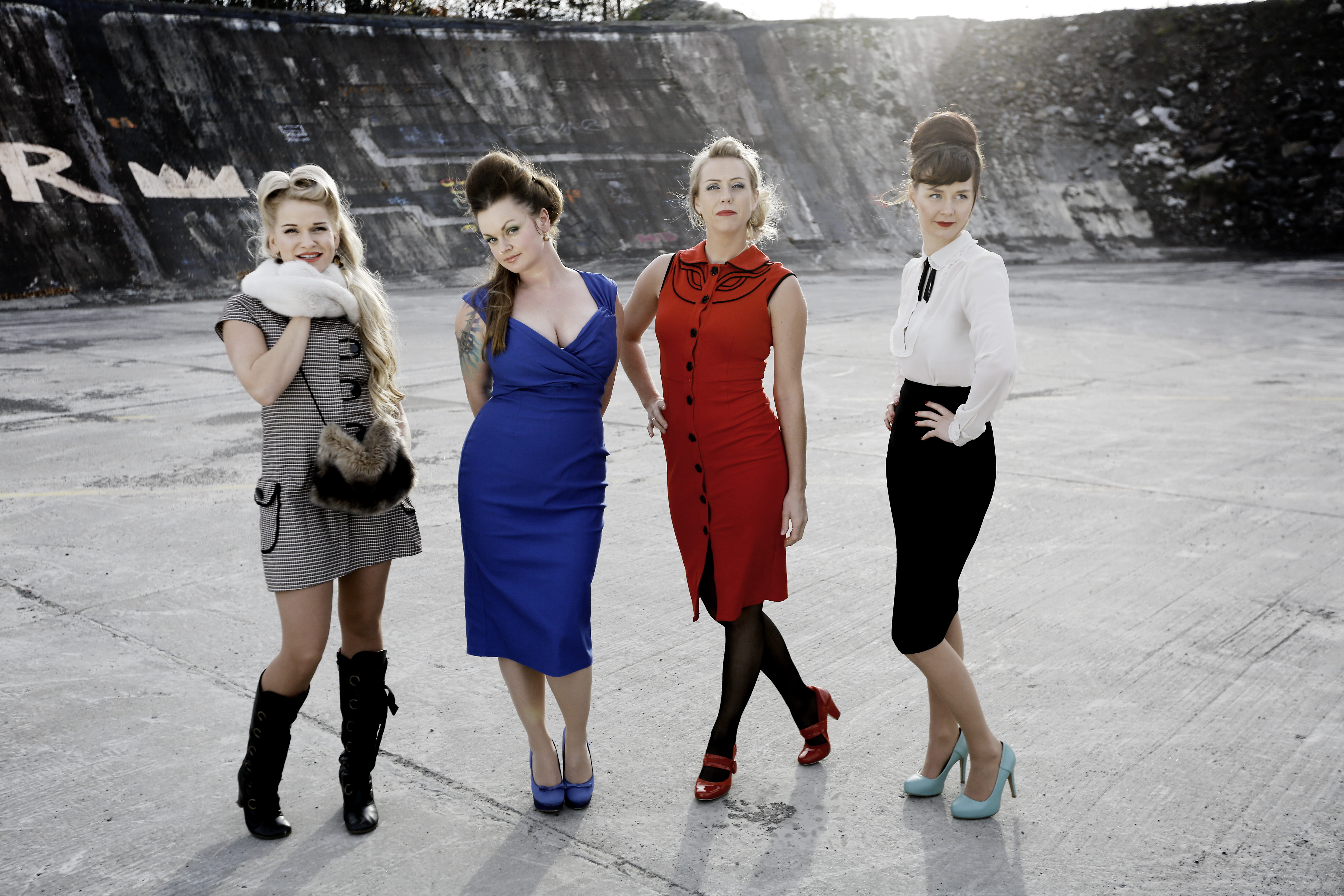 Described as «our next Scandi crush» by the Telegraph and as “Skill, invention and genre-defying fun” Q Magazine , the folk powerhouse that is Katzenjammer return to a few dates in the UK this summer, before returning for a full blown tour in November.

Having released their third album Rockland in March, Katzenjammer toured the UK very successfully this May – including a gig at London’s Scala. Their unique blend of folk, rockabilly, pop and blues is paired with the individual band member’s spectacular talents as multi-instrumentalists. Live, Katzenjammer are nothing if not “an enormous sense of fun» as the Guardian put it following the last tour.

Anne Marit Bergheim, Turid Jørgensen, Solveig Heilo and Marianne Sveen met at music college in Oslo, and have since created their own mix of genres and styles, constantly sharing the duties of song-writing, playing the various instruments and singing. Every single member of the band truly contribute to the output, which is often high tempo, often unpredictable and always charismatic and utterly charming. The total fun and charm of it all is, however, solidly backed by strong song-writing and a musical performance second to none.

Watch this space for more information on the Katzenjammer tour in November!