Singing the Unsongs: Moddi on his new album of censored music

With one of the songs on his newest album being labeled as ‘extremist material’ in Russia, and with a sold-out European tour, Moddi returns to London with an evening of banned music in support of the Music in Exile Fellowship.

With a shock of curly blond hair and a delicate voice, Pål Moddi Knutsen is recognisable in both sight and sound. The 29-year-old from Troms in Northern Norway has, over the course of three albums, enchanted many across the world with his heartfelt folk-pop.

But with his fourth album, Unsongs, something has changed. Although it would be inaccurate to describe him as apolitical before now; Unsongs deals directly with musical censorship and the surrounding stories. Simply: the album is made up of 12 powerful covers of banned songs – rewritten and translated into his own inimitable style.

How he got to that point is a story in itself. Moddi was due to perform in Tel Aviv, Israel in early 2014 in what he describes as a “normal” concert. As time went on, the pressure to cancel the show – from those in favour of boycotting Israel – increased.

“My first answer to that was basically: I don’t do boycotts, I’m not a political artist, I don’t do political music,” he says. Then people in Israel and Palestine started to contact him and tell him about the peace movement. He began to think again. “I was starting to feel more and more powerless. I felt that singing harmless and peaceful love songs; songs about the sea and about homesickness and all that stuff in such a situation was just bizarre,” he adds. Then, in protest, he decided to cancel the show.

Soon after, he was contacted by Norwegian singer Birgitte Grimstad, who shared her experiences with him. In 1982 Grimstad wrote ‘Eli Geva’, a song about a young Colonel in the Israeli army who refused to lead his troops into Beirut for moral reasons during the Lebanon War. Grimstad never released it and chose not to play it during her Israeli tour. After this, Moddi recorded and played his own version. He saw that people started to react differently.

“I started asking myself, ‘why was this song so controversial?’ I thought that the lyrics were just beautiful and beautifully crafted and the message was so strong,” he says. 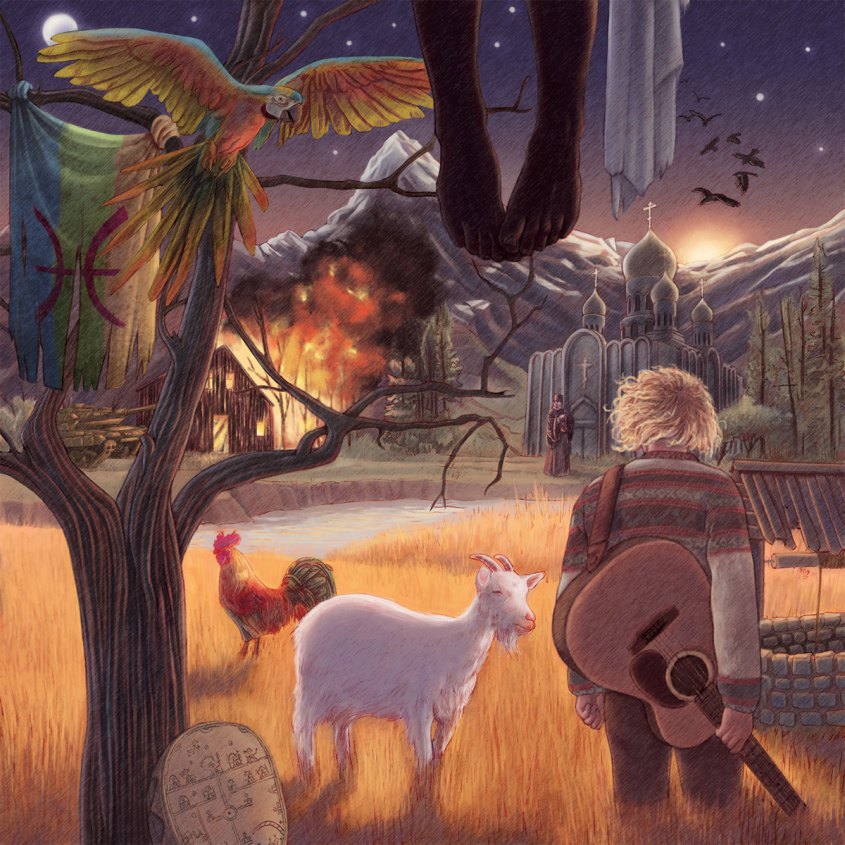 ‘Eli Geva’ was the spark for Unsongs, but the initial intention was not to make an album. Moddi thought that playing a handful of banned or censored songs would be a way to “spice up” his live shows. He continued to dig deeper into the issue and ended up with a collection of nearly banned 400 songs.

“I was just overwhelmed by the amount of censored music out there,” he says. It took a year to filter through them and to find the most interesting stories.  “There were quite a handful of songs that brought new perspectives of things to me,” he says. He eventually whittled the number down to a mere 40 or 50. It was quite an education. “I’ve learned more from making this album than from my entire career as a musician,” he says.

Not wanting to make an album of simple covers, Moddi set about reworking and translating the songs, with help of friends from social media and his various tours.  Above all, he wanted to make an album of accessible pop songs. Some were untranslatable and impossible to sing but the most crucial issue was retaining the messages. A dozen songs made the final cut. “These twelve songs are songs that I felt contributed to something, songs that opened my eyes to new things in the world and, not least, they are beautiful poetry and beautiful texts that I felt needed to be heard,” he says.

Among the most prominent are Kate Bush’s ethereal ‘Army Dreamers’; banned from BBC radio airplay during the first Gulf War. There are also versions of Pussy Riot’s ‘Punk Prayer’ and Billie Holiday’s ‘Strange Fruit’. Others come from China, Algeria, Chile and Mexico and from his Norwegian homeland – for which he recorded ‘The Shaman and the Thief’ with famed Sami singer Mari Boine.

A project of this size did not come without doubts – but they were not about the task of making the songs, more the impact on the original writers and performers.

“These are people who sit in prison, who are under surveillance from authorities, people who have had their families bullied because of the music and who have put their careers at risk from writing these songs,” he says. “It would be a disaster to me if releasing these songs put them into more trouble.” Although Moddi says he has not worried about his own safety with this project, he expects there to be countries where he is no longer welcome. That, though, is a price worth paying.

One incident in particular underlines the songs’ enduring power. He originally planned to film a video for ‘Punk Prayer’ in a church in Norway. Only after flights had been booked was he informed that the lyrics were “unfit for the Lord’s house”. Unbowed, he was filmed on the steps outside the church in sub-zero temperatures.  This was a confirmation of his success.  “Getting those reactions to Punk Prayer really shows that, at least that song has been re-interpreted in a way that hasn’t removed the provocative element,” he says.

Making Unsongs also changed his own perspective; from looking inside himself to looking at the world outside. Although ‘power’ is perhaps too strong a word for what Pål Moddi Knutsen has found, ‘purpose’ is not.

“It feels like I present songs that have a purpose. I’m not going to say that I feel very powerful because these aren’t my words. But, on the other hand, these songwriters have really opened my eyes to how much power there can be in music,” he says. “Translating and working with these songs has given me more energy and given me belief in music, given me a belief that it might do some good after all.” Now, there is no going back.