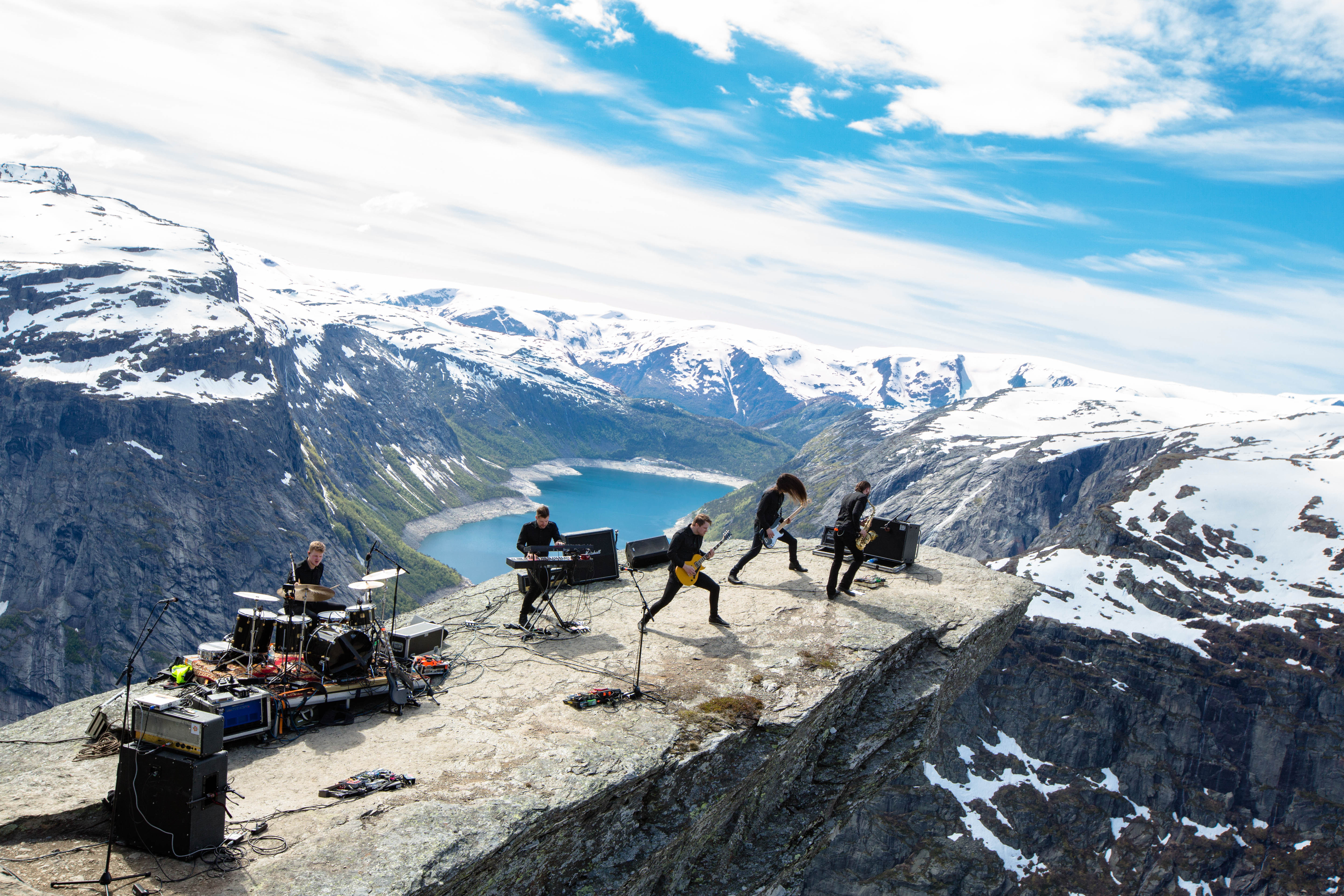 For the uninitiated, Norwegian outfit Shining (not to be confused with their Swedish namesake or a certain horror film) are the maverick jazz-metal fusion pioneers who gave the world a new music genre: blackjazz. Their seventh album, fittingly titled International BlackJazz Society, is as genre-bending as their previous work, although the band seem to be settling into a sound that’s as industrial as ever but (don’t tell them we said this) arguably more accessible.

The video for the album’s second single, Last Day, has just been released. Shot on one of Norway’s most spectacular tourist attractions, Trolltunga (‘The Troll Tongue’), the film sees the band performing live on a 700m-high ledge above the valley floor, on the summer solstice, a day when, in this part of Norway, night never seems to fall. You couldn’t wish for a more inspiring setting.

To make it, Shining had to fly up a PA system and a power generator, but many of the 300 fans and hikers who got to hear the alfresco blast of blackjazz had to undertake an even more arduous task – the climb up to the Trolltunga summit takes about five hours.

With such a spectacular backdrop and a characteristically captivating performance from the band, the final video is quite an astonishing piece of filmmaking. But a word of warning: viewers prone to vertigo, look away now… 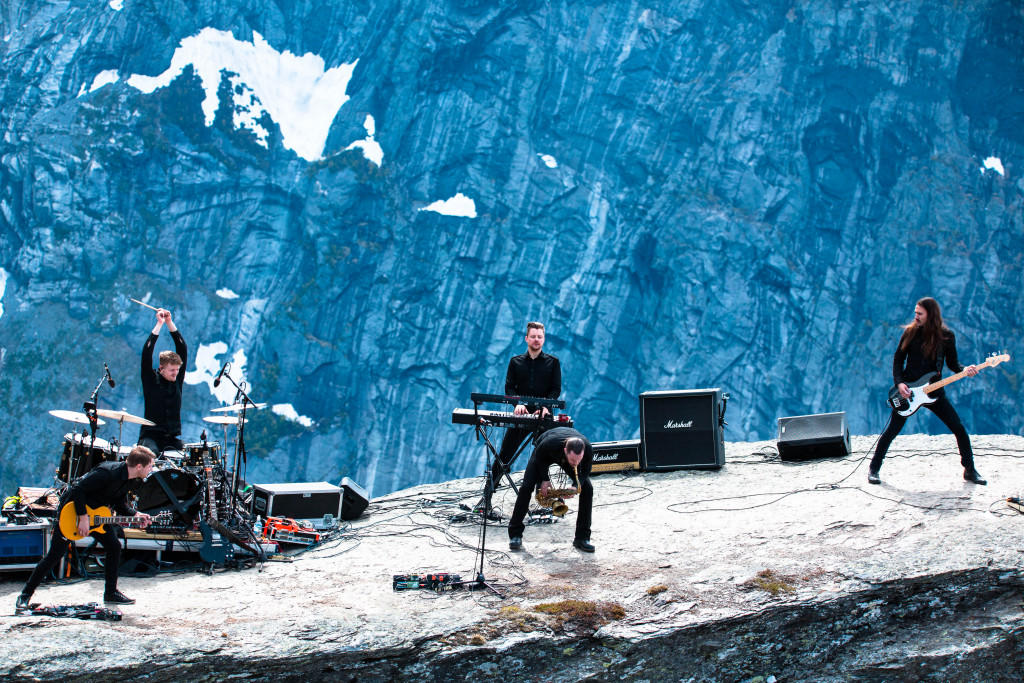 Shining on the top of the world/Trolltunga. Photo by Jarle Hovde Moe