Norwegian Christmas trees in the UK

Many people know that the city of Oslo presents the people of London with the Trafalgar Square Christmas tree every year. Few are, however aware of the fact that London is not the only British city receiving such a gift. For decades, a number of Norwegian cities have donated trees all over the UK, a symbol of the close and enduring relationship between our two countries

During the Second World War, King Haakon VII escaped to England as the Germans invaded Norway in 1940. The government headquarters was set up in London where the war news was broadcasted in Norwegian, along with messages and information that was vital to the resistance movement in Norway. The Norwegian Christmas trees are in many ways symbols of Norwegian gratitude for British help and friendship during these difficult years.

Here is a list of the cities boasting Norwegian spruces this year, and the dates of their lighting ceremonies – check whether there’s one near you. 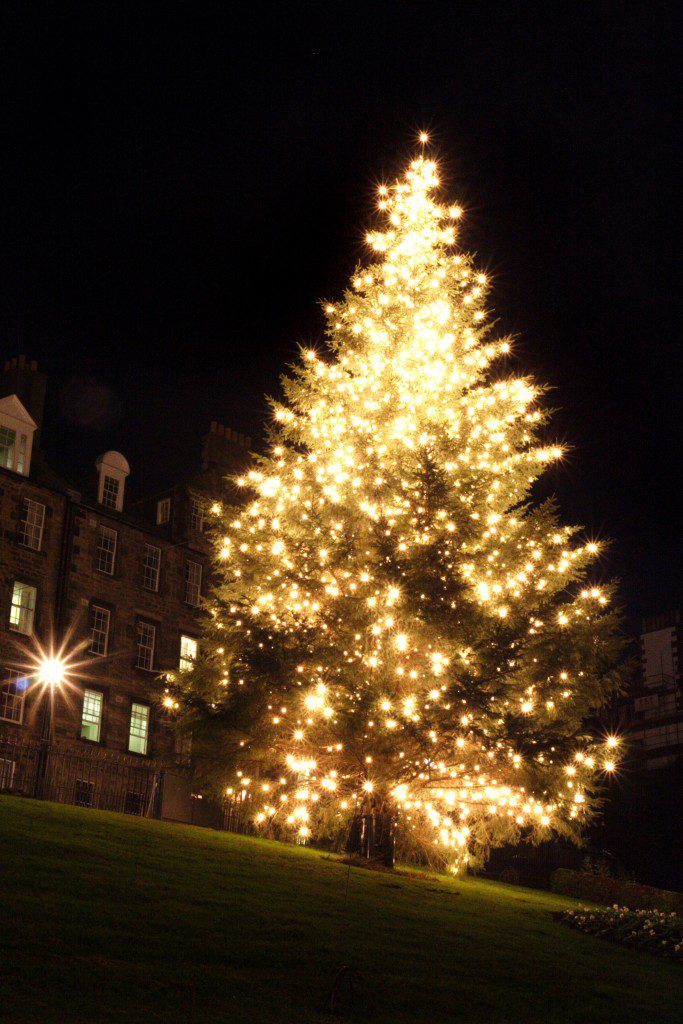 The Norwegian Christmas Tree at The Mound in Edinburgh

A traditional Christmas tree has been given to the City of Edinburgh from Hordaland County Council for over 30 years. The lighting ceremony for this year’s tree will be a part of the official opening of the season event Edinburgh’s Christmas.will take place on the Main Stage in George Street between 3 and 5 pm. Also opening Edinburgh’s Christmas this evening, is an exclusive talk with best selling Norwegian crime writer, Gunnar Staalesen and best selling Scottish crime writer, Ian Rankin.

Do not miss the Norwegian Advent Concert that will take place in St. Giles Cathedral on Monday 20 November. This year Schola Cantorum of Edinburgh will be accompanied by the Oslo based sopranos of Trio Mediæval.

Every year, a spruce from the council and residents of Sortland in Northern Norway arrives in the port town of Grimsby from across the North Sea. The start of Grimsby’s late-night shopping season is marked by the illumination of the town’s Christmas lights – and of course, those of the glittering tree. Sortland has given Norwegian trees to Grimsby for 12 consecutive years, making this year’s tree the 13th in line. The ceremony starts at 5:15 pm. 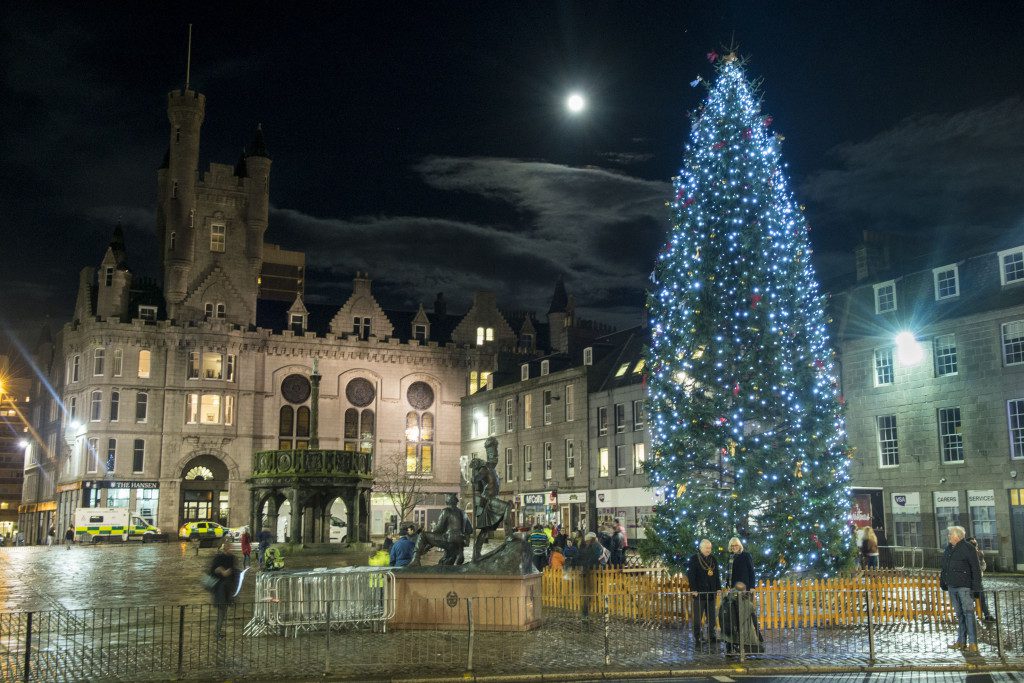 Aberdeen receives its Christmas tree from its twin city Stavanger and there will be a ceremony to light the tree on 23 November at 7 pm. A carol service will be held at the Castlegate prior to the switch-on, which will be performed by the Lord Provost of Aberdeen George Adam and the Deputy Mayor of Stavanger, Bjørg Tysdal Moe. Musical entertainment will be provided by children orchestra Big Noise, Torry. This is always a highlight of the Christmas celebrations in Aberdeen and a symbol of the close ties across the North Sea between Aberdeen and Stavanger, and between Scotland and Norway generally.

After 49 years of donating a tree to the city of Sunderland, the Norwegian municipality of Stavanger marked the 50th anniversary of the relationship in 2012 by planting a live tree in the city centre, planned to grow beside the site of the city’s stand-in cut Christmas tree, and slated to take over festive duties as soon as was tall enough. The tree died unfortunately in 2013, but the local community has proposed to plant a new spruce of true Norwegian spirit in the nearest future. Stavanger will still pass on its good wishes to Sunderland during the its advent season. The official Christmas lights switch-on in Sunderland this year will take place 23 November at around 5:30 pm. 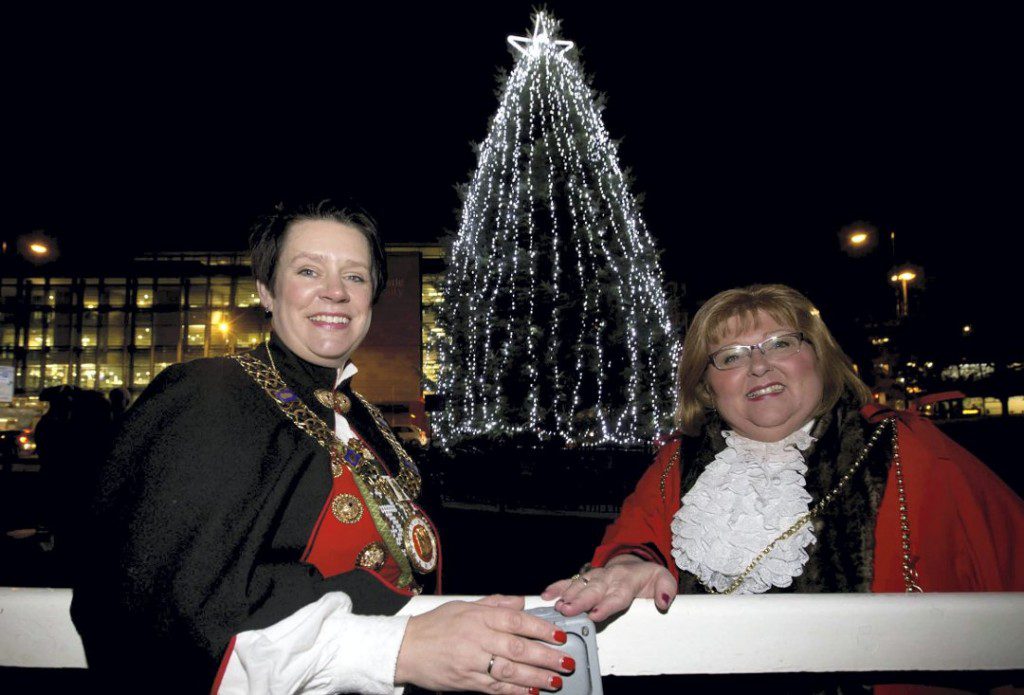 Newcastle receives a Christmas Tree from the city of Bergen every year; this year’s tree is the number 69th in the line, and Bergen’s Mayor Marte Mjøs Persen will be present for the official bestowal. The evening will include a traditional carol service from 5.30 pm, while the lightening ceremony starts at 6 pm.

4 December: The Foreign and Commonwealth Office 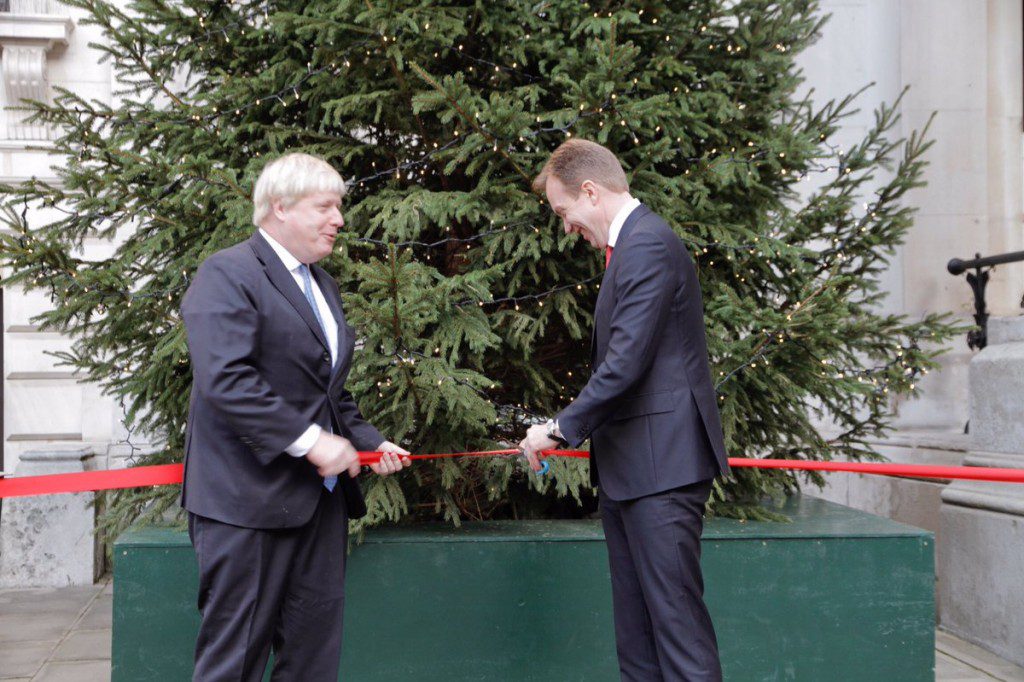 The Norwegian Minister of Foreign Affairs, Ine Eriksen Søreide will give a Norwegian Christmas spruce to the Foreign and Commonwealth Office (FCO) on 4 December. This is the second year a Norwegian tree will decorate FCO through the advent season, symbolising the strong diplomatic bond between the two nations.

The lighting-up ceremony of the famous Norwegian Christmas tree in Trafalgar Square, gifted from the city of Oslo since 1947 as a token of Norwegian’s gratitude for Britain’s support during World War II, has come to signify the beginning of the Christmas season in the heart of the British capital. The lights of the magnificent spruce are switched on at 6 pm, and takes us one step closer to Christmas.

The annual Norwegian Christmas Concert at St Martin in the Fields will take place on Friday 8 December 7.30pm. The concert will this year feature some of the best musicians of the classical and contemporary jazz scenes. Read more about it here.

As one of the most historic sites of Norse influence in the UK, Orkney have received a  Norwegian Christmas tree as a gift from the Hordaland County since 1983. The tree will stand by the St Magnus Cathedral in Kirkwall, and will be lit by Hordaland’s Deputy Mayor, Pål Kårbø.   Included in the lightening ceremony is musical performances from local choirs and visiting Norwegian musical groups, and a children’s parade featuring homemade lanterns. 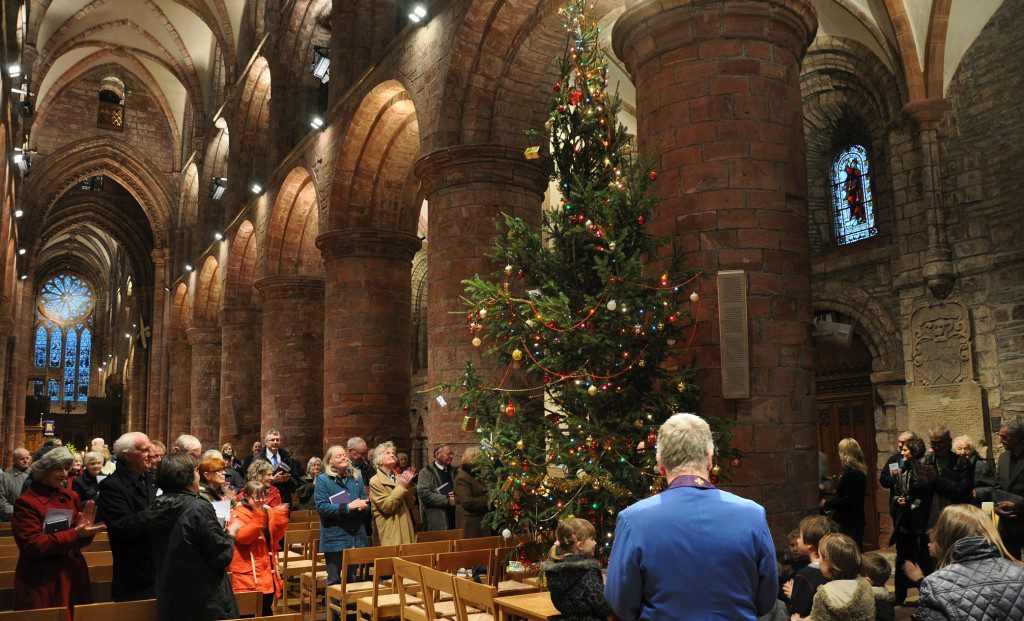 The Orkney Islands has since 1987, following a visit for the 850th anniversary of the founding of St Magnus Cathedral, also received a tree from the Fjære Historical Society from the city of Grimstad. This tree will be placed inside the Cathedral and will be litt during the Sunday morning service 10 December.

May our tradition of friendship long continue. As Norway has said to the UK every year since 1947: God jul, Merry Christmas!