at The Festival Fringe 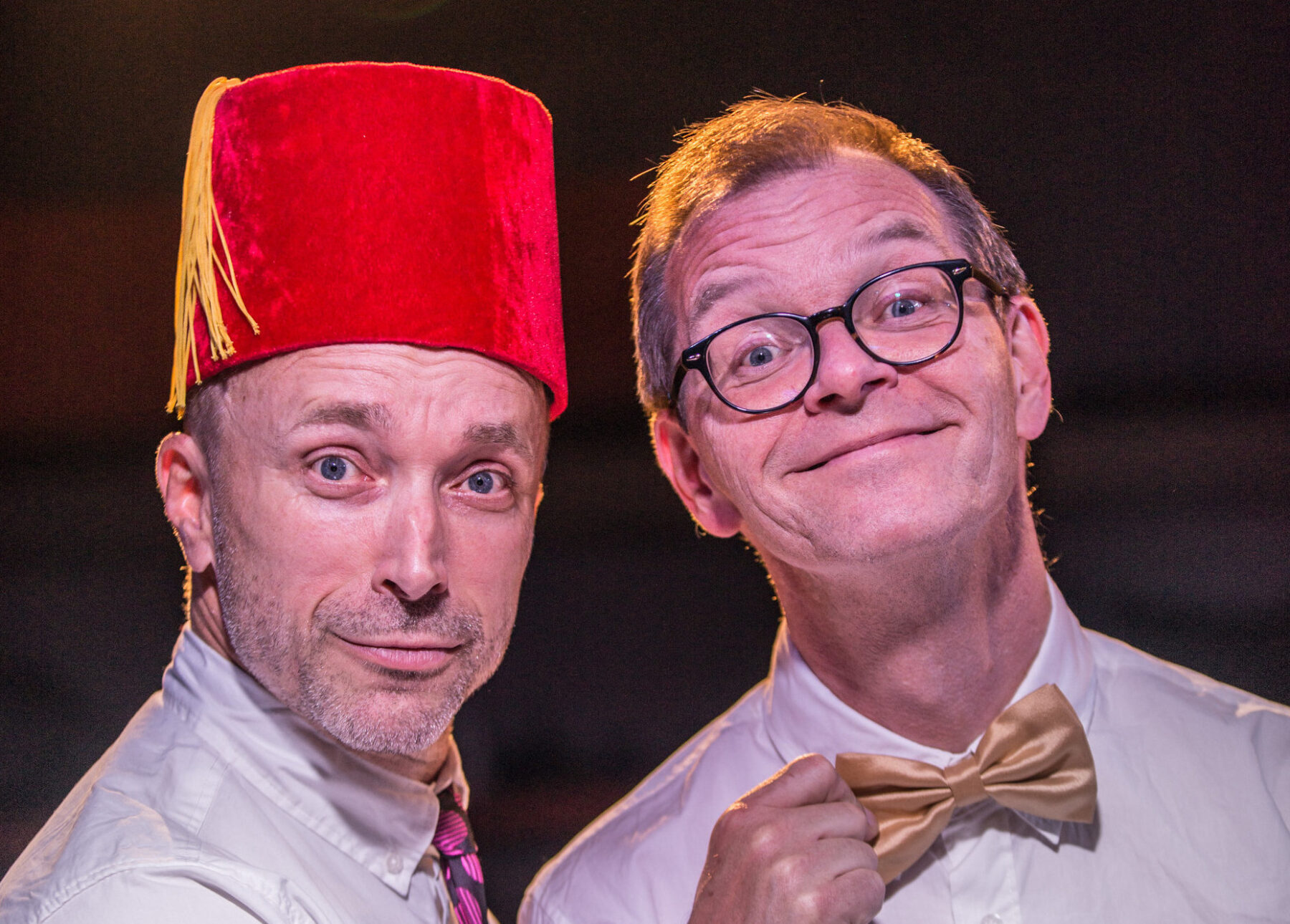 Every August, the streets of the Scottish capital are alive with actors, comedians, circus performers, musicians and performance artists, and just every theatre, hall, bar or room that can feasibly become an entertainment venue (and some that can’t) are given over to the artistic free-for-all known as the Edinburgh Festival Fringe.

For three weeks, stadium-filling big names rub shoulders with unknown artists looking to kickstart their careers, and hard-hitting social-issue theatre is performed alongside the slapstick, the surreal and the avant garde. From musicals and operas to kid’s shows and cabaret, the Fringe caters to everyone, and the city that hosts it temporarily becomes the cultural centrepiece of the UK, if not the world at large.

Performers flock from all over the world to ‘do Edinburgh’, and this year, we’re delighted to see several Norwegian shows are making the journey…

Director, screenwriter, comedian, singer, actor and master of ceremonies Åsleik Engmark has been collaborating with multi-talented musician and composer Jon Rørmark for the last 15 years (they even have their own jazz-funk band).

Making their Fringe debut this year, the pair are lending a voice to the refugee crisis with – improbable as it may seem – a musical road comedy recounting the adventures of Aladdin, his wife and his genie, as they make their flight into Europe in search of a better life. Using an unlikely blend of physical theatre, live music, puppetry, storytelling, stand-up and a little help from the audience, Åsleik and Jon present an energetic and ebullient show that’s light-hearted in delivery but serious-minded in intent.

Stavanger-born performer Pernilla Holland honed her skills at the Rogaland Youth Theatre before relocating to London to train under Complicité’s Catherine Alexander at the Royal Central School of Speech and Drama. Now a professional actor, Pernilla comes to Edinburgh with an intoxicating blend of sophistication and silliness, in a wide-ranging character comedy that explores such pressing societal issues as existentialism, solar panelling and the Eurovision Song Contest.

Musician, storyteller and photographer Christian Stejskal was born in Norway, studied violin in Copenhagen, Hanover and Bern and now lives in Cairo. He has played solo and chamber concerts across Europe, Africa and the Middle East, worked with city orchestras and opera houses internationally and in 2013, brought his musical fairy tale Ferdinand the Bull to 185 UN schools in the Gaza Strip. His photography has also been widely admired, being shortlisted for an AnthropoGraphia Award for human-rights visual storytelling, winning a Freedom of Expression grant from Norway, and being recognised with exhibitions in in New York and Cairo.

It was while playing first violin for the Cairo Opera Orchestra that he embarked upon a book about the Zabbaleen – the community of ‘garbage people’ who act as unofficial rubbish collectors in Egypt. Having first met them while walking from Vienna to Axum in Ethiopia, Christian spent five years taking their photos and listening to their stories. This multimedia performance is the result. Blending imagery, spoken word and music from his violin, Christian leads the audience on an emotionally rich and colourful journey through their joys, struggles, triumphs and tragedies.

An award-winning Gaulier-trained actor, documentary maker, stand-up performer and improviser, Karen Houge followed seven Syrian refugees as they made the journey from Lesbos to Germany. In the one-woman show, she shares her first-hand observations and brings a compelling and often hilarious new perspective to Europe’s biggest refugee crisis since World War 2.

Norwegian/American Katia Kvinge is a Scottish BAFTA New Talent Award Nominated stand up comedian, actor and sketch performer as seen on BBC3, BBC Scotland, MTV and Channel 4 Music. After graduating with a BA Hons Degree in Fine Art from Edinburgh College of Art, Katia went on to train in Acting and Clown with Philippe Gaulier (Mentor to Sacha Baron Cohen).

This is Katia’s 7th year at the Fringe and fresh from performing at the Second City, Groundlings and UCB Theatre LA, she brings her solo multi-character comedy show “Squirrel”  to the Festival city.

In this critically acclaimed “touch of genius” World Premiere (Nordlys), an Author makes a thoughtprovoking, no mercy self-revealing, insightful and heartbreakingly funny plunge into our contemporary psyche: Do humans really have a deep need for an identity? Or is this need utter nonsense?