at Edinburgh Jazz and Blues Festival 2016 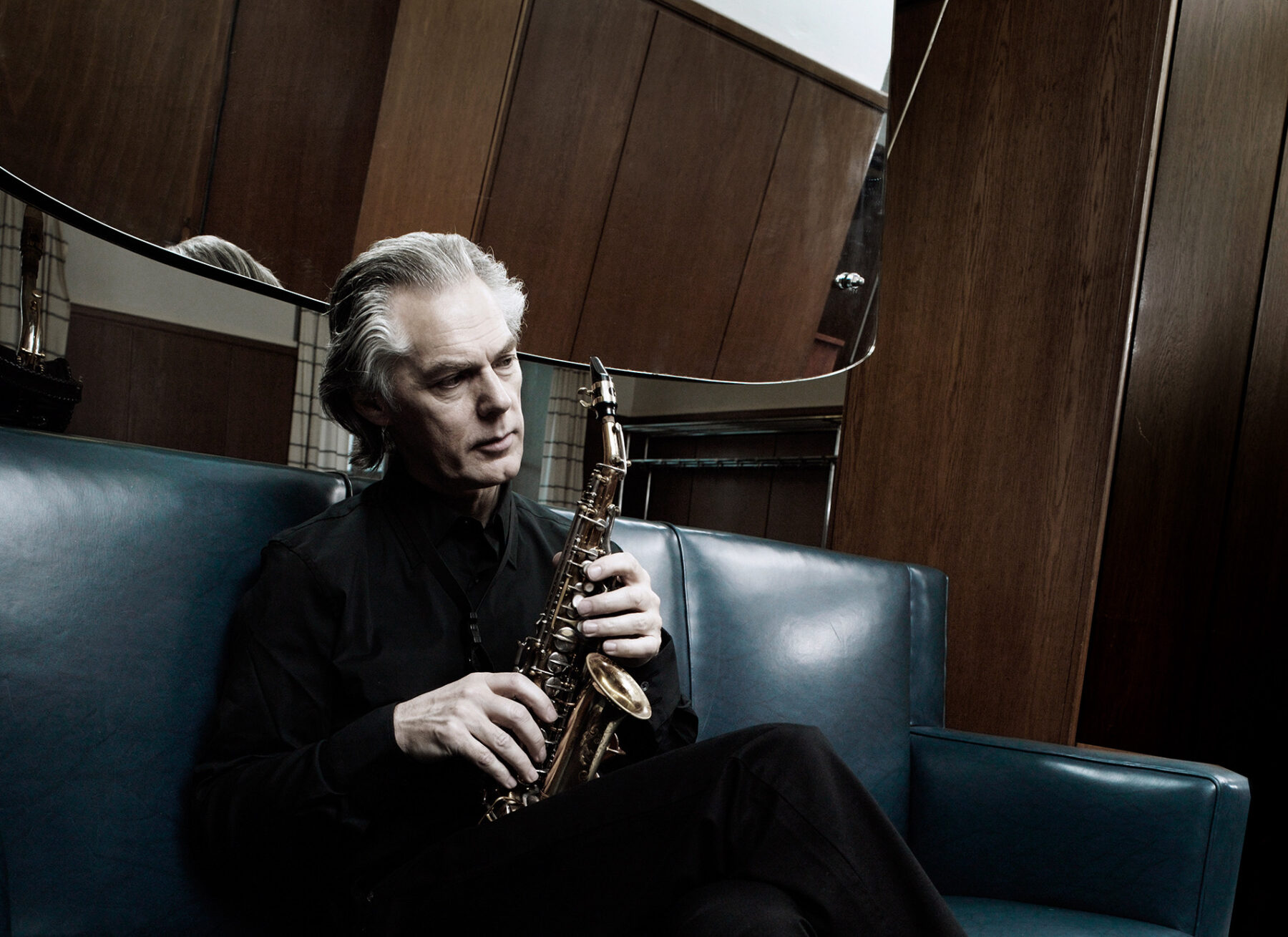 The Edinburgh Jazz and Blues Festival began in 1978, and has since become a major fixture of the city’s summer season and one of the biggest such festivals in the UK, drawing a huge audience of aficionados to Edinburgh to experience an astonishing variety of genres from around the world.

For this year’s edition, the Norwegians are out in force, with a host of acts taking to stages around the city to offer a unique insight into Norway’s constantly innovating music scene. From jazz legend and national treasure Jan Garbarek to genre-busting upstarts Pixel, via the next chapter of the collaboration between Haftor Medbøe, Espen Eriksen and Gunnar Halle, the festival offers something for both traditional and alternative jazz tastes.

“We are delighted to have such a strong Norwegian showing in our Europe Jazz Summit, said festival producer Fiona Alexander, from the grand master of European jazz, Jan Garbarek, to young players making waves on the scene: Pixel.”

There are few saxophone players as imaginative and captivating as Jan Garbarek. Bursting onto the scene in 1962 when he won the Norwegian Championship for jazz amateurs, Garbarek went on to become one of the most celebrated soloists and bandleaders not only in Norway, but the world at large. He has been honoured with numerous awards over the course of his career, scored countless films, ballets and theatre productions, and collaborated with some of the finest musicians of the age, both in the jazz world and outside it.

Garbarek started his career in the early 1960s performing at European festivals and clubs with singer Karin Krog, and then teamed up with Terje Rypdal, Arild Andersen and Jon Christensen to form his own quartet. Even before his first own-name album, Til Vigdis, was released in 1967, Garbarek was being touted as ‘the most original voice in European jazz since Django Reinhardt’ by US jazz great George Russell.

The next four decades saw him moving through numerous collaborations and ongoing partnerships, with a wide range of album releases through the ECM label. He worked with artists from Asian, African and South American musical traditions, and explored his own roots in Norwegian folk and traditional Sami music. In 1994 Garbarek collaborated with the classical vocal group the Hilliard Ensemble on the album Officium – a huge commercial and critical success that was repeated with a sequel, Mnemosyne, in 1999.

Despite his prolific work and ever-evolving musicianship, Garbarek’s remarkable sound has become instantly recognisable – melodious compositions and breath-snatching improvisations that create a sense of calm then undermine it with rising tension and explosive outbursts.

This year’s festival sees Garbarek performing alongside longs-standing collaborators: pianist Rainer Bruninghaus, bassist Yaron Herman and renowned Indian percussionist Trilok Gurtu. As the Jan Garbarek Group, the quartet is set to fill the Festival Theatre with music that is by turns simple and complex, playful and serious, and never less than intense.

Fusing the energy of indie rock with the boundless imagination of jazz, Pixel is a quartet of young Norwegian jazz musicians led by 29-year-old double bassist, vocalist and composer Ellen Andrea Wang. Alongside Jonas Kilmork Vemøy (trumpet), Harald Lassen (sax) and Jon Audun Baar (drums), Wang has garnered international attention for the way her band breaks down established musical elements and reconfigures them into new combinations, creating a new and inspiring soundscape, powered by improvisation.

A graduate of Oslo’s Norwegian Academy of Music, Wang came to national attention with the release of 2010’s Norwegian Song 3, when she was pegged as a rising bass star who held her own in the company of established artists like pianist Dag Arnesen, drummer Pål Thowsen and trumpeter Palle Mikkelborg – despite only picking up the double bass at 17. Then, when Pixel’s debut album, Reminder, hit the charts in 2012 and the video for her belligerently rhythmic composition ‘Call Me’ took home the gong for best dance video at the UK Music Video Awards, her maverick group began to establish an international reputation. Two more Pixel albums and one release from her own trio (Diving) later, and the multitalented bassist, singer-songwriter and producer Wang has become one of the driving forces behind Norway’s new jazz generation.

Her bandmate Jonas Kilmork Vemøy has contributed to more than 20 albums. Alongside his work with Pixel, he is a celebrated studio musician, lending his trumpet to the likes of Helene Bøksle, Samuel Ljungblahd, Casa Murilo, Kristin Minde, the Captain & Me and Lama.

Saxophonist and composer Harald Lassen is known his unpredictable blend of saxophone, vocals and percussion. In addition to Pixel, Lassen also plays with avant-hiphop band Mopti and in jazz duo Duplex.

Jon Audun Baar studied jazz drumming at the Norwegian Academy of Music under the likes of Jon Christensen and Rune Martinsen. He has played several jazz festivals in Norway with a succession of different bands and artists, including acclaimed trios Eberson/Baar/Eberson and Pedersen/Myhr/Baar. As well as drumming for Pixel, he plays with Axel Jensen Lucky Three and Ambush.

The foursome released their third album – Golden Years – at the end of 2015, after a 100-show tour of Europe. With their festival appearance on the 18th, Pixel are set to cement their reputation as one of the most interesting things happening in global jazz today.

Medbøe, Eriksen and Halle – guitarist, pianist and trumpeter, respectively – are all internationally known and celebrated as artists and bandleaders in their own right, but when they came together as part of a larger outfit at Edinburgh Jazz and Blues Festival a few years back, they hit it off both personally and musically and decided to explore the possibilities of a collaboration. Last year, they were back at the festival, this time playing as a trio. Following an enthusiastic reception, the three met up once again to record seven pieces written by Medbøe. The resulting album, The Space Between, was released earlier this year.

Born in Lœrdal, Norway, but resident in Scotland, Haftor Medbøe is associate professor of music and a musician-in-residence at Edinburgh Napier University, where he obtained his doctorate. He has released five albums in the space of 12 years, and has written extensively for film and TV, crafted on soundtracks for installations, dance productions and produced commissioned responses to exhibitions for the National Galleries of Scotland.

Espen Eriksen has been playing jazz piano in his eponymous trio since 2007, and released three albums of melodic, folk-influenced and distinctly Nordic jazz in the decade since, including last year’s much-acclaimed Never Ending January. He is a member of the groove collective Torsion Beat, a gathering of some of Norway’s most prominent players in jazz, rock and pop, and has worked with musicians including Bendy Hofseth, Eivind Aarset, Håkon Kornstad, Audun Erlien, Thomas Strønen, Mats Eilertsen and Christina Bjordal.

Trumpet player, composer and producer Gunnar Halle has contributed to more than 70 albums over his career, playing with artists and groups from Norway, Sweden and Denmark, including the likes of Mari Boine, Eivind Aarset Sonic Codex, Berke Can Ozcan, Wetle Holte, Josefine Cronholm, Nana Jacobi and Thommy Andersson. Educated in Copenhagen but now based in Oslo, Halle teaches at the Norwegian Academy of Music in Oslo and Kråkstad Jazz in Ski. In April 2015, he released first album under his own name: Istanbul Sky.

On the 17th, the three come together once again, giving festivalgoers a chance to experience, as Londonjazznews.com puts it, ‘varied, often surprising timbres and landscapes [that] fire the imagination with homely warmth, icy bleakness and, above all, an affecting beauty’.