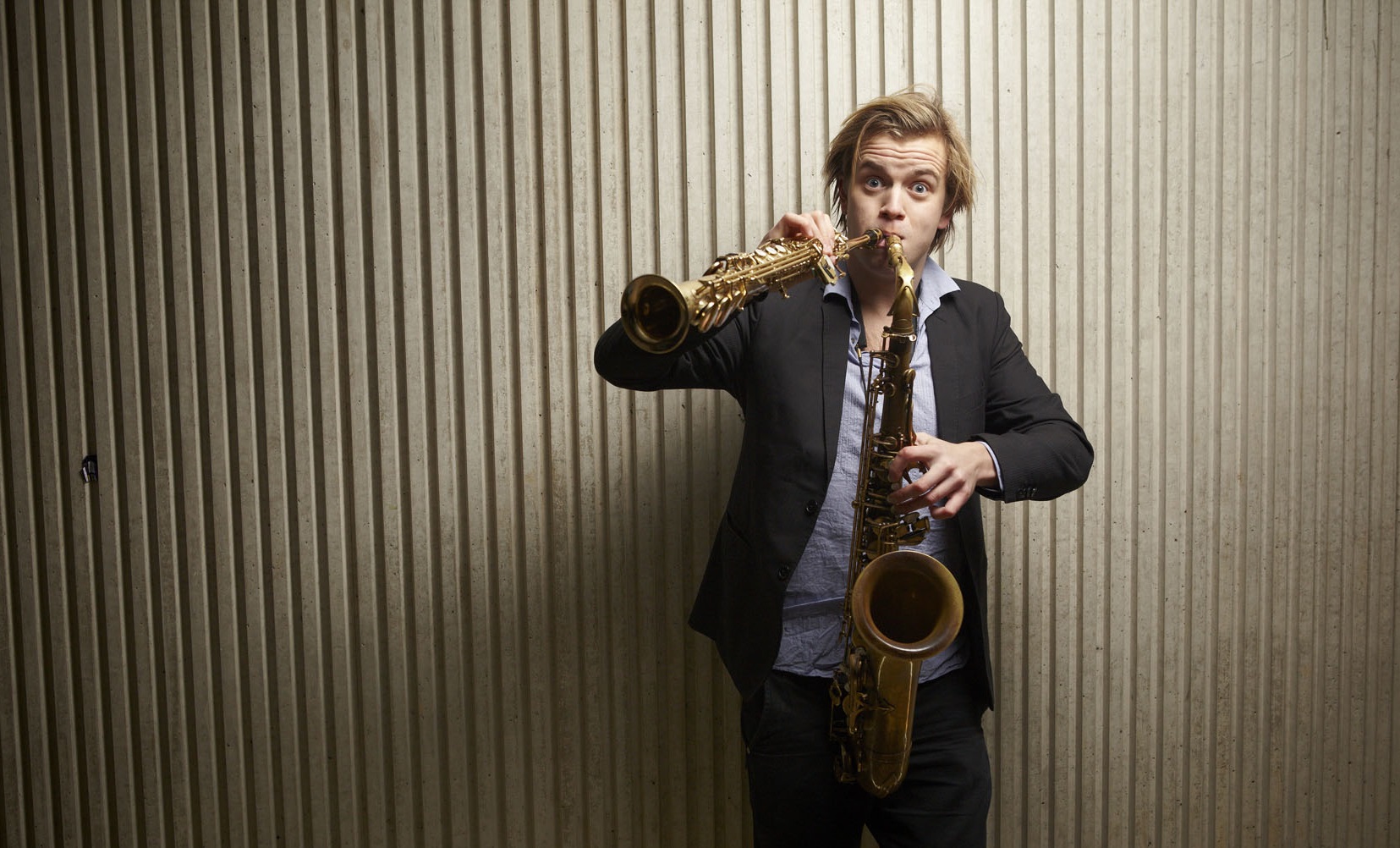 Saxophonist Marius Neset – despite his youth age – has made quite an impression on the international jazz arena, building a reputation as an astonishingly fluent player, uncommonly skilled composer and arranger, and master of his craft.

Marius Neset may only be 29, but he has already made a substantial international impact, with those in the know describing him as a big tenor sax in a lineage that extends from the post-bop Americans Michael Brecker and Chris Potter through to fellow Norwegian Jan Garbarek. Neset studied jazz in Copenhagen, initially focusing on drums before switching to sax – and you can still hear the influence of percussion in the rhythmic elements of his composition.

On Golden Xplosion Marius Neset seriously marks himself as a saxophonist and composer of international class (Jazz Special, Denmark)

Neset makes music that is both playful and plangent (The Guardian has called it ‘haunting, almost unearthly’), and they are well worth catching at one of these UK shows – whether you are a jazz fan or not.