at The Laundry, Hackney

“We want to walk the line,” says Ulrik Denizou Lund, “and do everything from a loop-based song to straight pop or rock songs that have more structure.” Along with Ketil Jansen, Ulrik is one half of Lemaitre, Norway’s latest addition to its growing line-up of smooth, melodic electronica outfits with a penchant for potent, pop-inflected songwriting. The duo will be taking to the stage at Hackney’s The Laundry on February 20th.

Judging by their successes so far, Lemaitre are much more than just another Norwegian band with their eye on the London audience. Since Lund and Jansen swung onto the scene in 2010, they’ve amassed more than million SoundCloud followers, and some of the biggest contemporary dance artists of the day have proclaimed themselves fans including Porter Robinson, Madeon, Kygo and Martin Solveig.

In the UK, however, you might have even heard them if you checked Facebook on February 4th: the social network chose their song ‘Cut to Black’ to soundtrack the little personalised #FriendsDay videos it created to mark its 12th birthday. In fact, Lemaitre seem to have a particular allure for international tech giants, given that Apple turned to the track ‘1:18’ from their first EP, The Friendly Sound, to advertise the iPhone 5c. 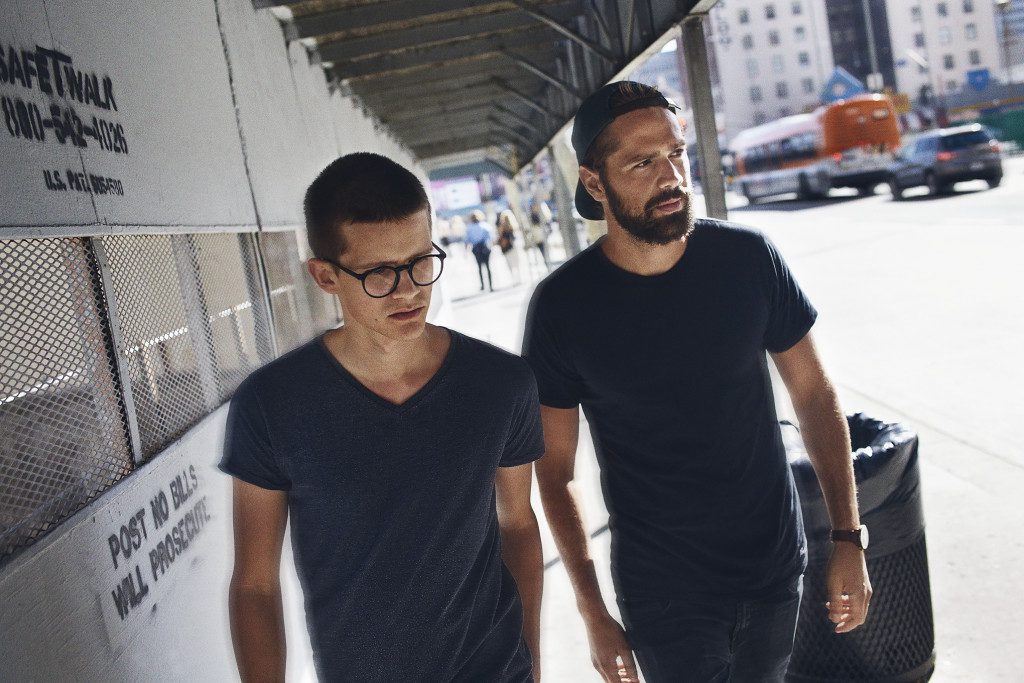 Perhaps when it comes to explaining their apparent affinity for the world of technology and science, the clue is in their name. The band took it from Georges Lemaître, the Belgian priest, astronomer and physicist who first proposed the Big Bang theory in 1931, and their EP and song titles could easily have been plucked from a physics textbook: Relativity, Singularity, Momentum, Continuum…

Lamaitre’s latest EP, however, breaks with the tradition. Release at the end of January, 1749 takes its name from the duo’s new address in Los Angeles, a home and studio once occupied by Dr Dre. “1749 represents the journey we’ve made and the process of creating music in our home away from home,” they say. “We live with our video director, manager and our friend Sebastian ‘Coucheron’, who also makes music. We all moved together from Norway to chase the dream of making music and living in LA.  It’s kind of like the TV-show Entourage except without all the money, ladies, and fancy parties.”

Taken from 1749 and released in July last year, the single ‘Closer’ has totted up more than eight million streams, making it their fastest-spreading track so far. Heavy with horn and synth and sung by collaborator Jennie A, its video plays homage to the cinematic whimsy of Wes Anderson – complete with muted pink-green palette and penchant for fencing – and you can check it out here: