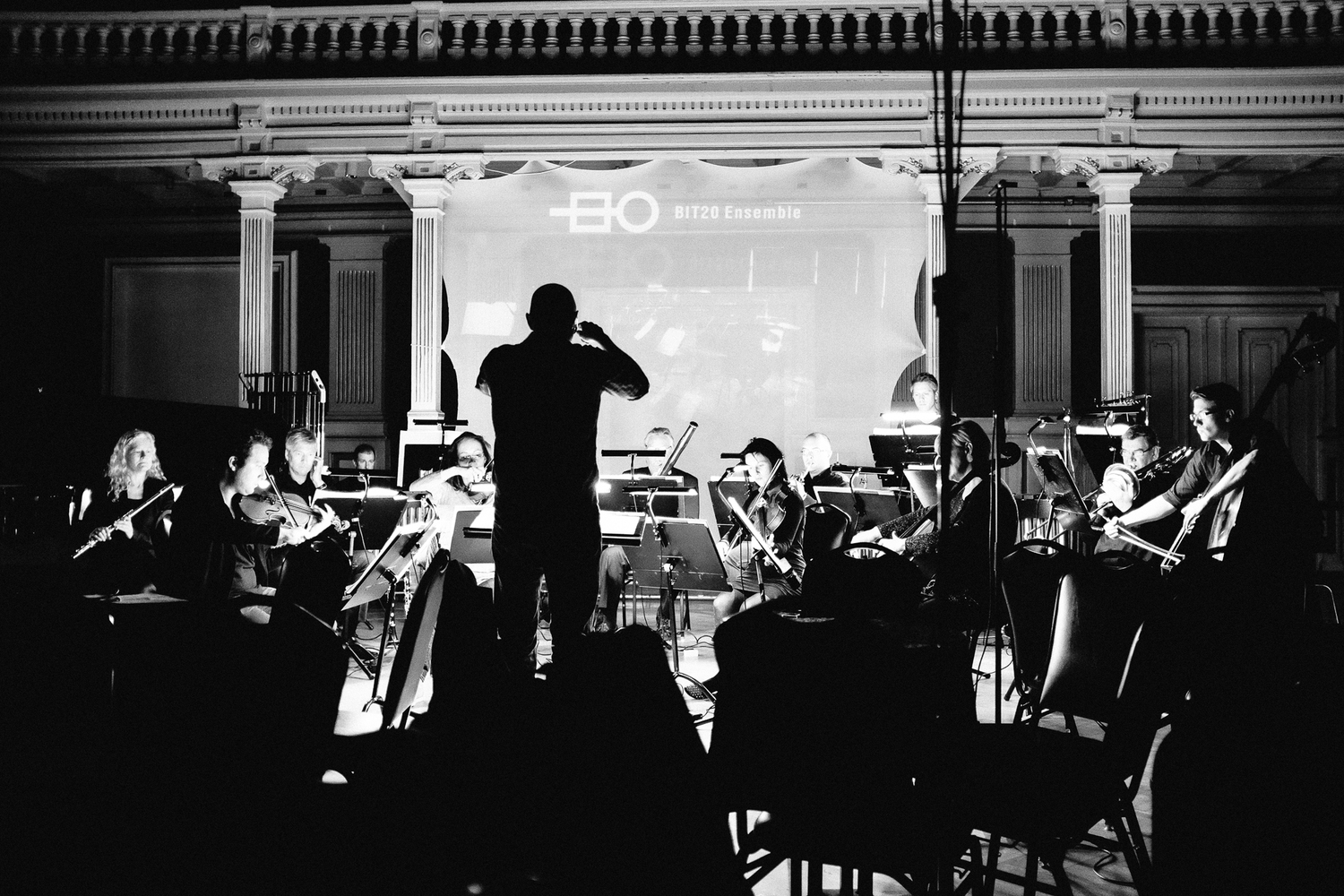 Over the last few years, Huddersfield’s 10-day celebration of the international contemporary music scene has grown to become one of the UK’s biggest modern-music events, drawing artists and audiences from across the world to an eclectic line-up of experimental and exploratory sounds from some of the boldest and most talented musicians playing today.

With more than 50 events on the schedule, ranging from concerts, talks and musical-theatre performances, to dance, film and multimedia shows, the festival showcases cutting-edge music from countries all over the world – and, as ever, Norway has more than its fair share of artists attending this year…

The 2014 programme includes a new version of Sciarrino’s Lohengerin from Norway’s Ny Musikk, in which six performers are guided by small electronic devices and pre-recorded instrumental parts are played back through a multi-channel speaker system. The production hovers on the boundary between reality and madness – a position reflected in its heavy use of electronics.

Bergen’s finest contemporary music group, BIT20 Ensemble, will unveil new work from Anna Thorvaldsdottir and Jan Erik Mikalsen alongside the world premiere of Larry Goves’ The Devotions This 30-minute piece, commissioned by BIT20 Ensemble and hcmf, will be broadcast live on BBC Radio 3. Scored for flute, clarinet, trombone, percussion, piano and strings, the piece explores the measurement of time through repeated ritual.

Over the course of the festival, there will be several opportunities to catch hcmf’s ensemble-in-residence, Oslo-based quintet Asamisimasa. Renowned for their energy, curiosity and capacity to surprise, the group, now 12 years old, share a passion for the avant-garde. This year, they will present the UK premiere of Buenos Aires, a chamber opera by Danish composer Simon Steen Andersen, as well as a selection of works by late Norwegian experimental composer Bjørn Fongaard. Fongaard pioneered micro-tonality in Norway in the 60s, and has since become a legend in new-music circles. As part of the retrospective, hcmf and Asamisimasa have commissioned Fongaard-inspired music by English avant-experimentalist James Saunders, incorporating special effects and lighting, which will link together the Fongaard pieces to create a seamless whole.