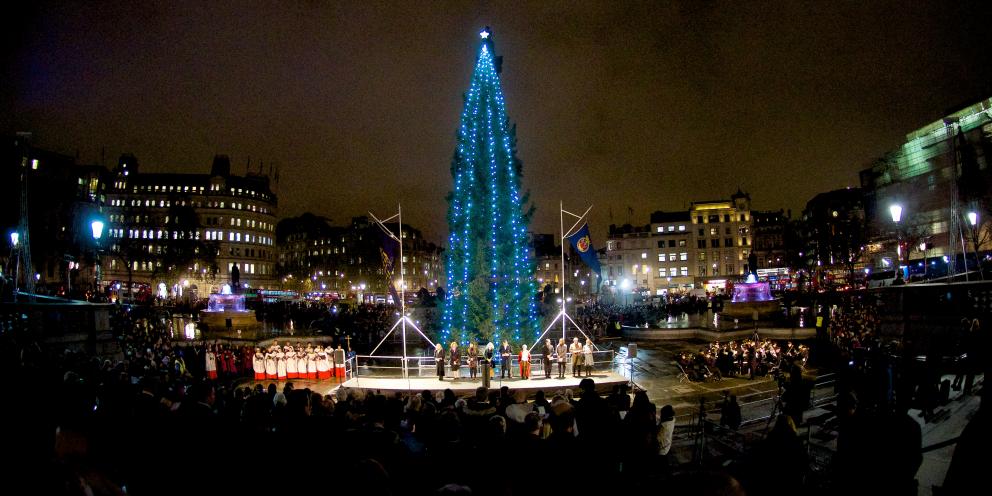 For many Londoners the Christmas tree and carol singing in Trafalgar Square signal the countdown to Christmas. Since 1947, each year a Christmas tree has been given to the people of London from Norway in gratitude for Britain’s support to Norway during World War II.

There’ll be carol singing by The Salvation Army and the St Martin-in-the-Fields choir. There will also be poetry by local school children. This event is presented by Westminster Council and supported by the Mayor of London.