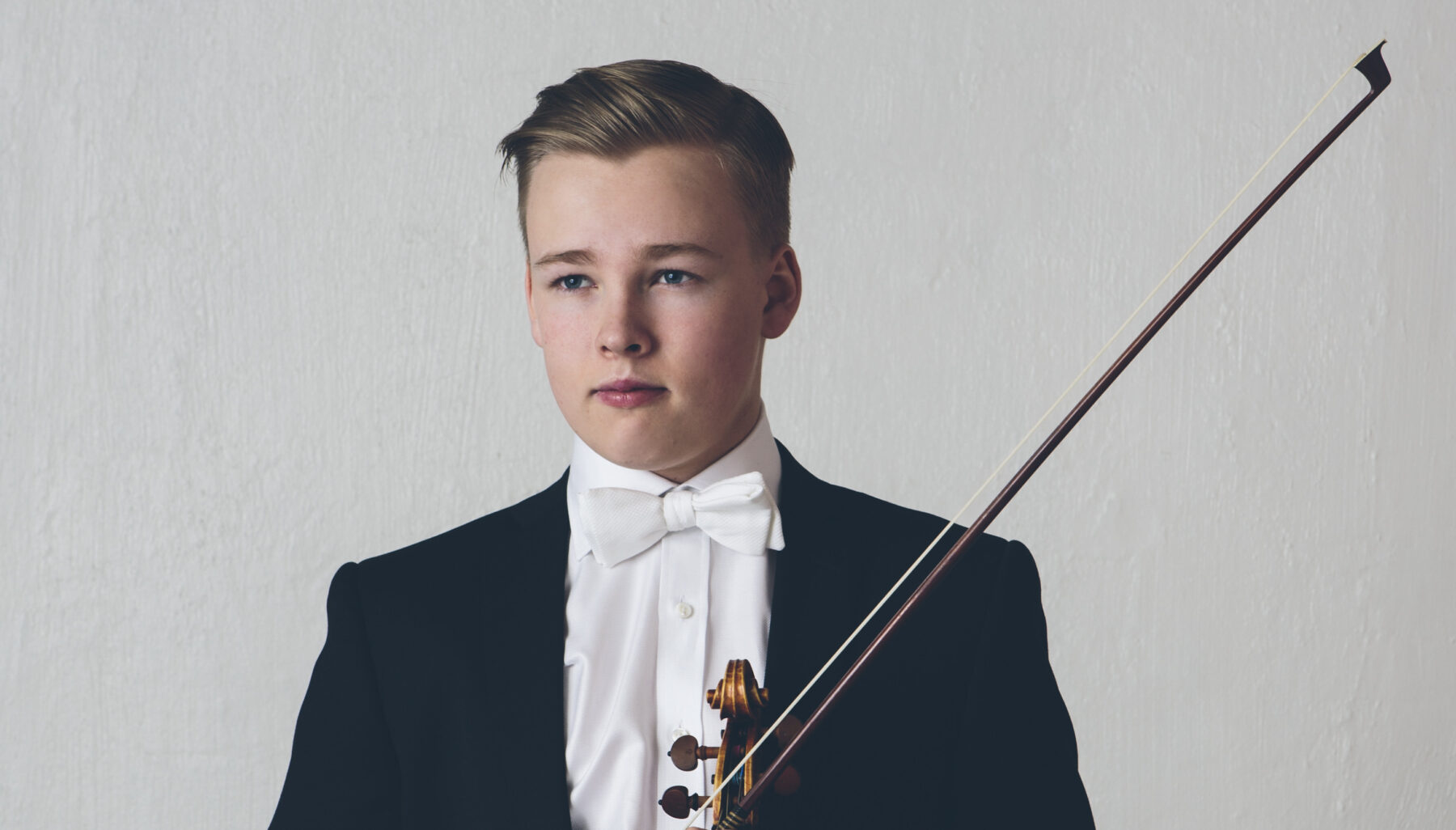 Norway’s violin prodigy Ludwig Gudim first picked up his bow at the age of four, and hasn’t looked back since. Last year, having just turned 15, he became the first ever Norwegian prize-winner at the prestigious Menuhin Competition in Austin and this year made his debut as a soloist for the Oslo Philharmonic Orchestra.

Now he’s making his first visit to England to showcase his skills on the strings at a gala concert in the run-up to 2016’s Menuhin centenary competition in London. On 22 September, in the atmospheric surroundings of the 12th-century Temple Church on the banks of the Thames, Gudim will perform alongside 1989 winner and 2016 juror, the Japanese-born violinist and conductor Joji Hattori, accompanied by the Orpheus Sinfonia and Temple Church’s own Roger Sayer, showcasing the majestic sounds of the freshly restored organ.

The programme, conducted by Thomas Carroll, features Bach’s stately and expressive Concerto for Two Violins, Strings and Continuo in D Minor, as well as Mozart’s Divertimento in D, Poulenc’s Concerto for Organ, Timpani and Strings in G Minor, and Winter from Vivaldi’s Four Seasons.

It would be a red-letter event for the classical fan’s calendar even without the child prodigy but as the first opportunity for the UK to hear Gudim’s remarkable talent in the flesh, it’s simply unmissable.