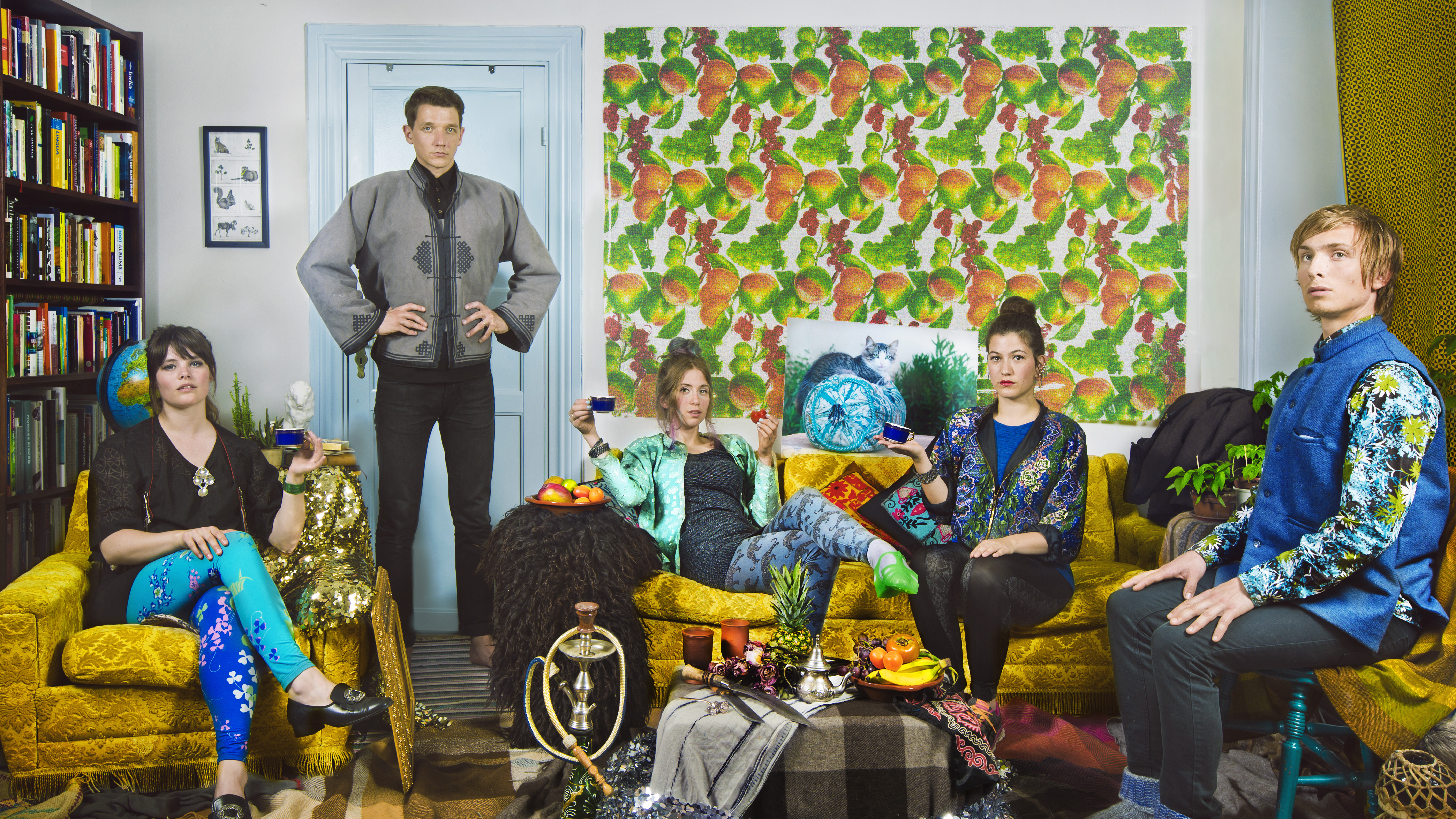 Genre-bending Norwegian band Broen are bursting onto the UK live scene in early October, bringing their glittery aesthetic and synth hip-hop sound to the 0e0e club night in Shoreditch.

Fresh from the Scandinavian summer festival circuit (with notable appearances at Roskilde near Copenhagen, Øya in Oslo and Pstereo in Trondheim), the five-piece are packing their sparkle-spangled costumes into their collective cases and setting out for England. Their UK live debut will take place at the appropriately maverick gig hotspot the Old Blue Last, where they’re performing alongside NME-endorsed trippy psych-pop twins Tempesst.

The Broen line-up – that’s Heida Mobeck on tuba, drummer Hans Hulbækmo, lead guitar Lars Ove Fossheim, Anja Lauvdal on synths and ethereally gifted vocalist Marianna Røe – are only two singles into their career, but they’ve been piling up the plaudits from outlets including The Guardian, BBC Radio 6music and Clash. Dishing out an experimental blend of Britpop, hip-hop and West African rhythm, Broen have recently turned up on iTunes’ New Artist Spotlight alongside fellow Norwegians Aurora and Farao. But although Broen turn heads with their quirkily upbeat synth and glitter-ball looks, there’s heft and meaning running through their music. As online music publication Consequence of Sound has noted, “behind their colourful sounds there is aching and heartbreak… An engaging listen.”

Take the band’s fresh-off-the-presses second single ‘Boy’, which tells the story of a doomed relationship but applies an almost comical and cartoonish undercurrent. “It’s basically about feeling so taken aback by someone’s actions that you feel like a cartoon,” vocalist Marianna Røe explains. This is an idea that’s evocatively captured both in the video and the lyrics: “My eyes just popped out bouncing from wall to wall, my tongue like a fluffy red Hollywood carpet.”