at The Queen's Hall

In August, the 70th edition of the Edinburgh International Festival will once again bring the finest performers and artists from across the world to one of its most beautiful cities for a three-week celebration of theatre, music, opera and dance. Among them will be Leif Ove Andsnes, one of the most talented pianists to emerge from Norway in recent generations.

The oldest child of music teachers Steinar and Sissel, Leif Ove had his path to performance set when he began taking piano lessons at the age of four. Just four years later, he was enrolled in Karmøy Music School where he studied for six years. At 14, he played his first concert, wowing the audience in Haugesund with his precocious talent. 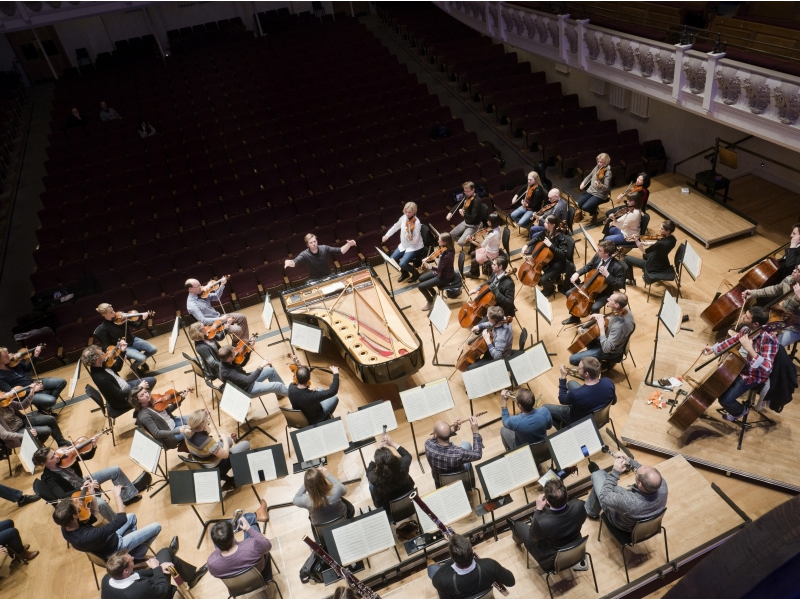 “I grew up in a musical environment in Karmøy in the 1970s,” Andsnes recalled in a 2001 interview with NRK, “with a mix of everything from my own brass band to Arnold Schönberg’s music. I listened to Carl Nielsen long before Grieg. I remember my first real crush on the piano – it was Chopin. I have a clear picture of late nights on Christmas break when I was 12. I sheet-played nocturnes and mazurkas, intimate confessions between the composer and the performer – a whole new world for me”.

By the time he reached his final year of secondary school, Andsnes was commuting to Bergen every other weekend to study under the Czech piano maestro Jiri Hlinka. Impressed by the 16-year-old’s talent, Hlinka convinced the boy’s parents to send him to the Bergen’s Greig Academy, where he was swiftly recognised as an extraordinary musician, making his debut performance in 1987. By 1988, he’d taken home second prize at Eurovision Young Musicians in Amsterdam and become the youngest soloist to perform Greig’s A-minor concerto at the Bergen International Festival. A US debut in Washington in 1989 was soon followed by concerts in Washington DC, a Canadian tour, an appearance at the Music Festival in Lanaudière and his first booking at the Edinburgh International Festival.

From there, he went stratospheric, performing with the Cleveland Symphony Orchestra and Neeme Järvi in North America, delivering a critical-smash of a Chopin evening at Bergen International Festival, and playing with Los Angeles Philharmonic, the Berliner Philharmonic and for the Proms at the Royal Albert Hall – all in the space of a year. After touring Europe and the US, and conquering Japan in 1992, Andsnes was appointed artistic director of Risør Festival of Chamber Music – a position he held until 2011 – and became founding director of Rosendal Chamber Music Festival soon after.

Over the four decades of his career, Andsnes’s talent has been honoured with numerous awards, including the Royal Philharmonic Society’s Instrumentalist Award, the Gilmore Artist Award, the Norwegian Music Critics Award, the Grieg Award, the Peer Gynt Award, the Lindeman Award and eleven Spellemannpriser – Norway’s answer to the Grammys. He has been named a commander of the Royal Norwegian Order of St. Olav, been inducted into the Gramophone hall of fame, and granted an honorary doctorate from New York’s Juilliard School. Named one of the ‘Best of the Best’ by Vanity Fair and ‘one of the most gifted musicians of his generation’ by The Wall Street Journal, Andsnes has the kind of pedigree that most musicians would envy.

On his return to the Edinburgh International Festival this year, Leif Ove Andsnes will be performing with the accomplished German violinist Christian Tetzlaff at The Queen’s Hall on 7 August. Together, the two artists will perform violin sonatas from Mozart, Janacek and Shostakovich, as well as Sibelius’s Danses Champêtres Op 106 Nos 2,4 and 5. With two musicians of such calibre, it’s set to be a popular evening, but don’t worry too much if you miss out on a ticket – the recital will be broadcast live on BBC Radio 3.