Crunching on Krokan: The Joys of Norwegian Summer Food 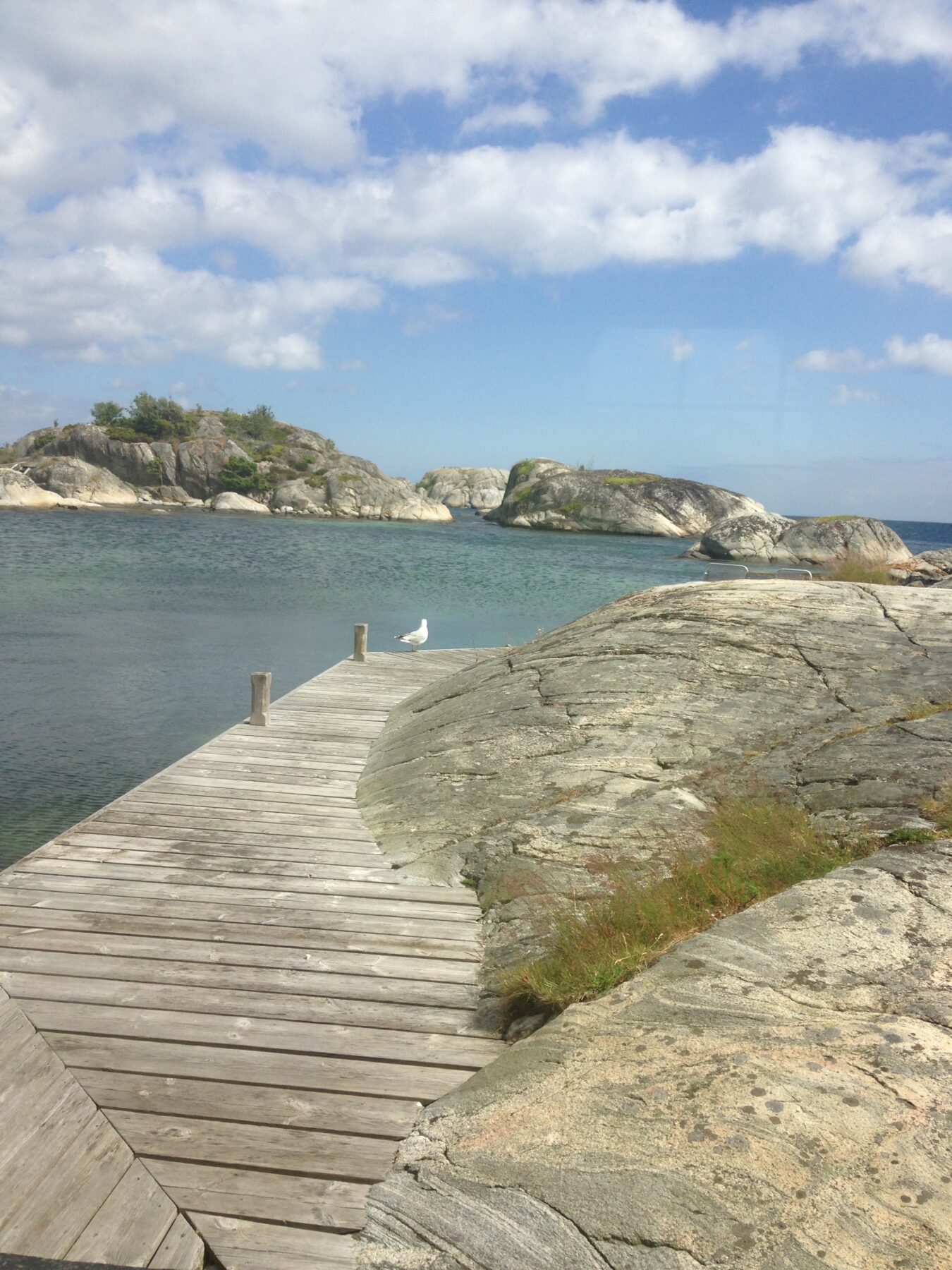 One memorable ferry crossing from Kristiansand to Harwich my mother sat on my birthday cake. It was in the front passenger seat of our Volvo estate hidden beneath a jacket to keep it cool. This wasn’t just any cake, it was a bløtkake; undulating jam, sponge, and cream layers contained within ultra-thin almond marzipan. Every year we ordered one of these beauties from the bakery in Lillesand and feasted on the special day, and days afterward, cold from a swim, or secretly, forking up creamy, chilled mouthfuls in the galley kitchen in place of breakfast. 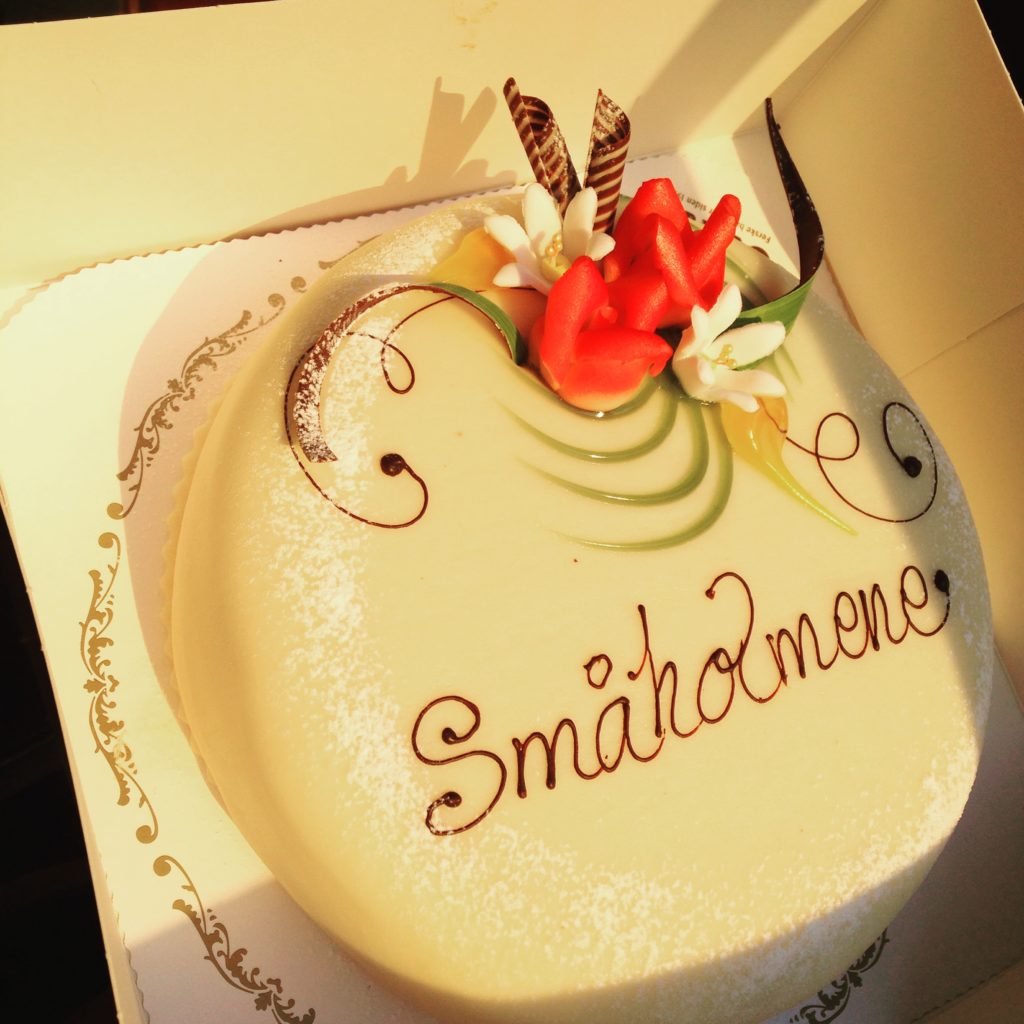 The year in question was 1987 and I was six. We departed from the island early and so the cake travelled with us from the parking space we kept on the mainland in Høvåg to the Fred Olsen liner bound for England. As my mother gingerly peeled back the lid of the box and I saw the devastation within, I gave way to tears. It was the cake that made the summer in those early years, its taste perfectly, effortlessly recallable throughout the long, absent months and one that I longed for with increasing fervour as my birthday approached.

My family spent summers holed up in a wood hytte on Småhølmene, an island in the Skagerrak. My mother’s mother, Mor-mor, had acquired the island a few years after peace was declared in 1945, and spent summers there, taking her children, who then took their children, a matriarchal lineage in which I took – and take still – enormous pride (and which informed by book Island Summers: Memories of a Norwegian Childhood). 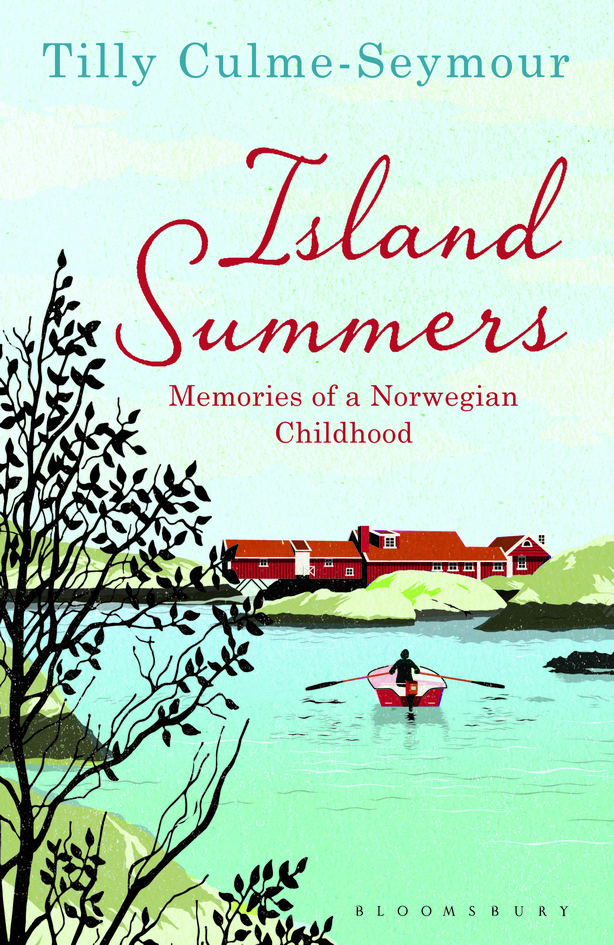 At dusk, we could see lights twinkling at the windows of cabins on the mainland, but it felt a world away. For in our cabin there was no electricity and candle flame and oil lamp split the darkness. We washed on stormy days with saltwater soap after warming up in a ramshackle sauna, crammed in like sardines. We boated to the local town to buy supplies that we couldn’t forage for ourselves. We ate whatever we could catch: mackerel when the summer was a hot one, cod if it was cold.  When the nights were still and glassy we took out the Hardanger row-boat with a flashlight and metal scoop and went fishing for crabs. Our local friend and fisherman, Kai, supplied us with pink prawns, which we ate with a cylindrical white loaf – that we called ‘Dead Man’s Leg’ – and mayonnaise from what looked like a toothpaste tube.

Our family still goes to the island, and our children enjoy the same sense of freedom, the same activities, the same tastes of the summer: bagging prawns like penny sweets to be weighed by the fishmonger, and toasting delectable Freia milk chocolate over the flame of a candle to singe it so that it melts on the tongue. For, though our take on Norwegian food could have become remote and islanded, it slotted into a joyous bigger picture, as the pleasures of gathering from land and sea held sway over all. 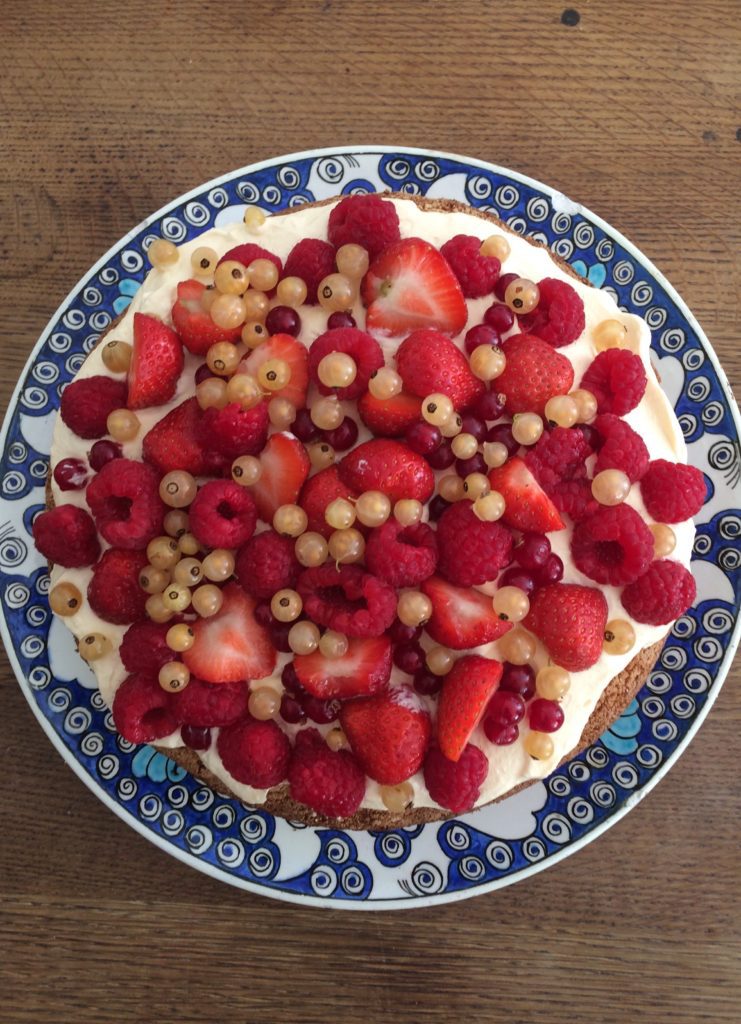 When we were growing up in London in the 1980s and 1990s, Scandinavian food was way down the culinary league table, despite our protestations that people were missing out. Appetite was all for French and Italian food, and that applied as much to what people made for a dinner party as to where you were likely to go out for supper. Fortunately, times have changed. As Scandinavian design, television drama, literature, and arts are having their time in the sun, so Scandi chefs, cafes and cookbooks are a byword for cool.

Scandinavian food producers are being celebrated too. My friend, cheesemaker Patrick Heathcoat Amory, was a judge at the 2018 World Cheese Awards in Bergen and crowned a Norwegian Gouda-style cheese called fanaost, produced by Jørn Hafslund, the ‘Best Cheese in the World’. Second place came from the host nation also, a traditional brun geitost. You’ll have come across one like it. It’s the Marmite of the cheese world, a caramel-coloured block of faintly sweet cheese made with twice-boiled milk. I love it for breakfast and craved it when I was pregnant with my daughter, who is now a self-confessed dairy lover. 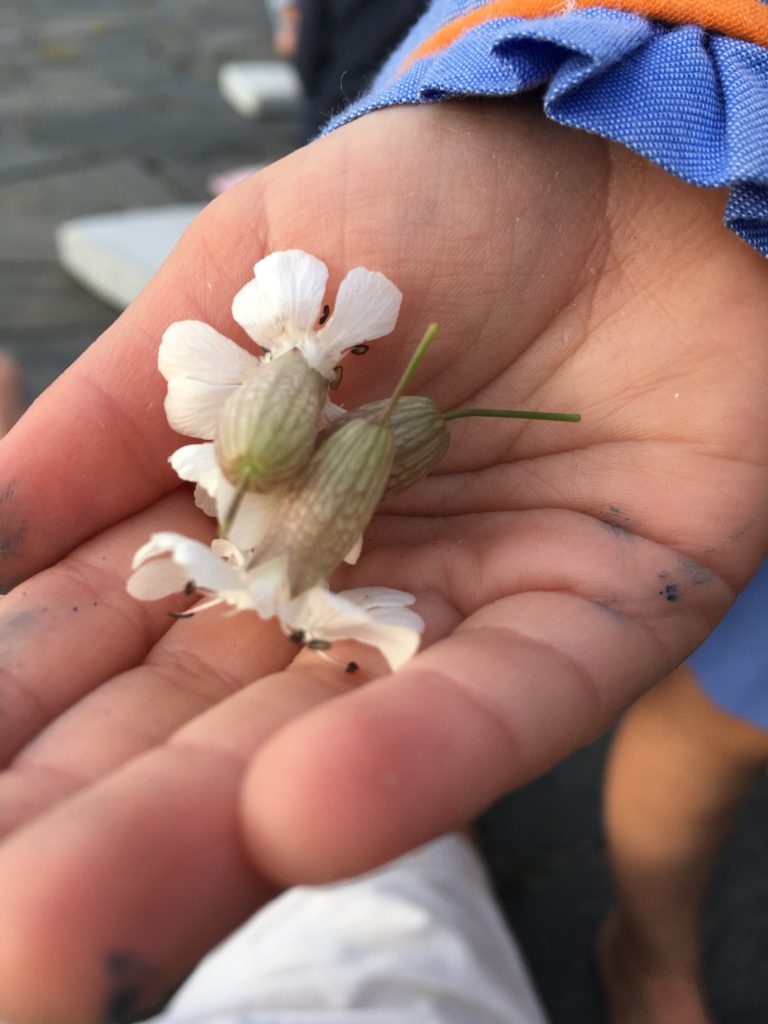 A little hand proudly showing off some of the island flora (Photo: Tilly Culme-Seymour)

There is so much to celebrate about Norwegian gastronomy: the spiced buns, open sandwiches, and fresh fish from the country with the longest coastline in Europe. Then there is the coffee. I love that on SAS flights the airline still offers complementary coffee to any passenger travelling on the airline. For me, it’s a gateway into a Norwegian mindset, and I gratefully accept that first scalding cup at altitude, knowing coffee will punctuate the days to follow, from the first brew with, say, a boiled white-shelled hen’s egg to the second breakfast cup with chocolate-dipped marzipan crescents and on, and on.

When I think of Norwegian food it is embedded in the seasons, from the lobster that you can fish in October, to the wild blueberries that we foraged for on our annual trip to the local mountain, Videhøya, in August. When I spent three months on the island after university – experiencing temperatures from minus-20 degrees on arrival to a 20-degree centigrade sea-swim before leaving in late June – I befriended the old harbour master and his wife in Høvåg. From their strawberry patch came compote to spoon over heart-shaped griddle waffles with dollops of thick, rich cream. 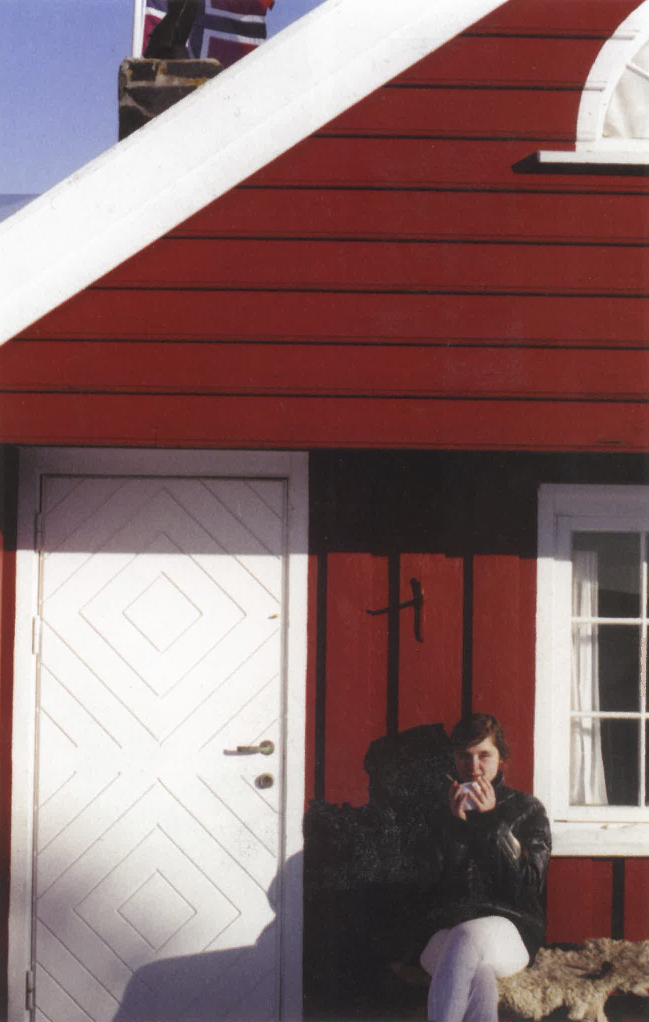 Returning that September before starting a graduate programme, my boyfriend Paddy and I hunted in the forest for chanterelle and fried them up with garlic, butter and parsley to eat lavishly for his birthday on the autumn equinox. Later that day we pulled up enough mackerel to feast with twelve friends, big bowls of dill cucumber salad on the table to counter the oiliness of the fish. It is a fine art to balance the necessary sweetness of the pickle with the pungent vinegar. My friend Trine keeps the marinade going through the summer, simply topping up the cucumber when a batch is finished. 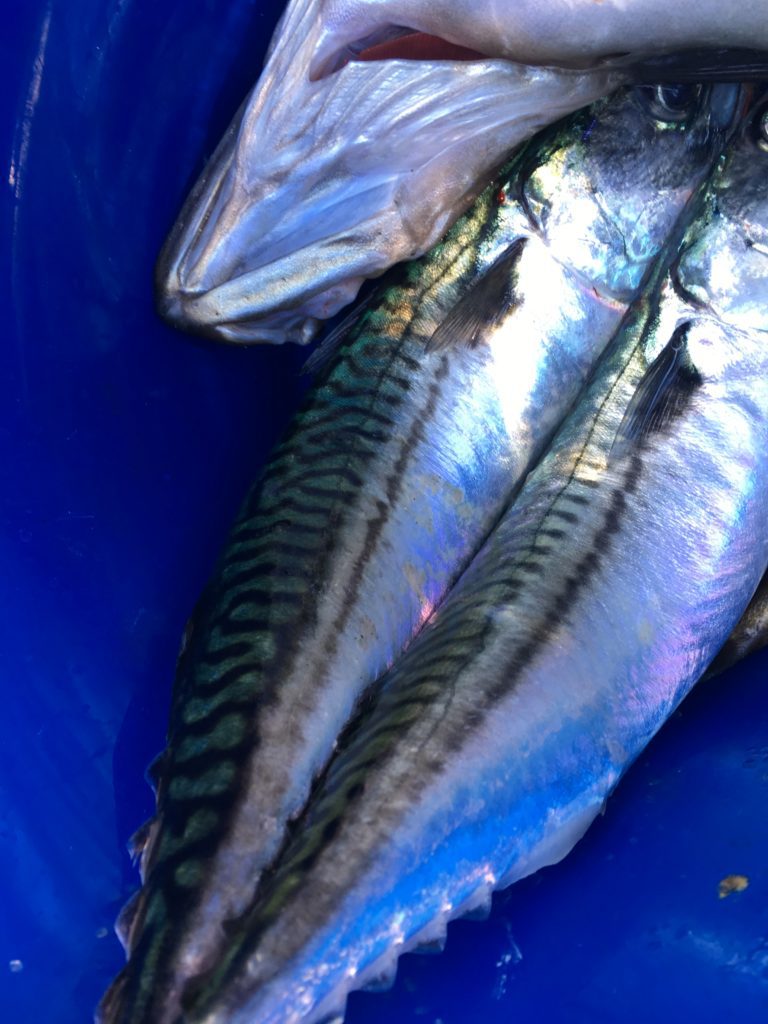 The day’s catch, mackerel for the barbeque (Photo: Tilly Culme-Seymour)

No talk of Norwegian summer food would be complete without the mention of ice-cream. At our local ice-cream kiosk in the surreally picturesque Brekkestø, the cones they serve, like the upended horn of a trumpet, could fit an entire tub of ice cream, and often do. You have to ask for less if you want to be abstemious. Roald Dahl writes of krokan ice-cream in his memoir Boy and in the cookery book he co-authored with his wife Felicity, Memories with Food at Gipsy House. For me, this is the glacial zenith of Norwegian ice-cream – almond praline swirled into a vanilla custard. “The creamiest ice-cream in the world,” wrote Dahl. “You chewed and it went crunch and the taste was something you dreamed about for days afterwards.”

Then there is the softis, as iconic in its way as a 99 Flake, soft-serve ices turned in cacao powder or hundreds and thousands or nut brittle. You can get something similar at Bears Ice Cream Company on the Goldhawk Road in London’s Shepherds Bush. I love taking my kids there and watching them stand on one of the little stools at the counter and carefully choose the confectionary to make the eyes, ears and nose of their signature ‘bear cone’. 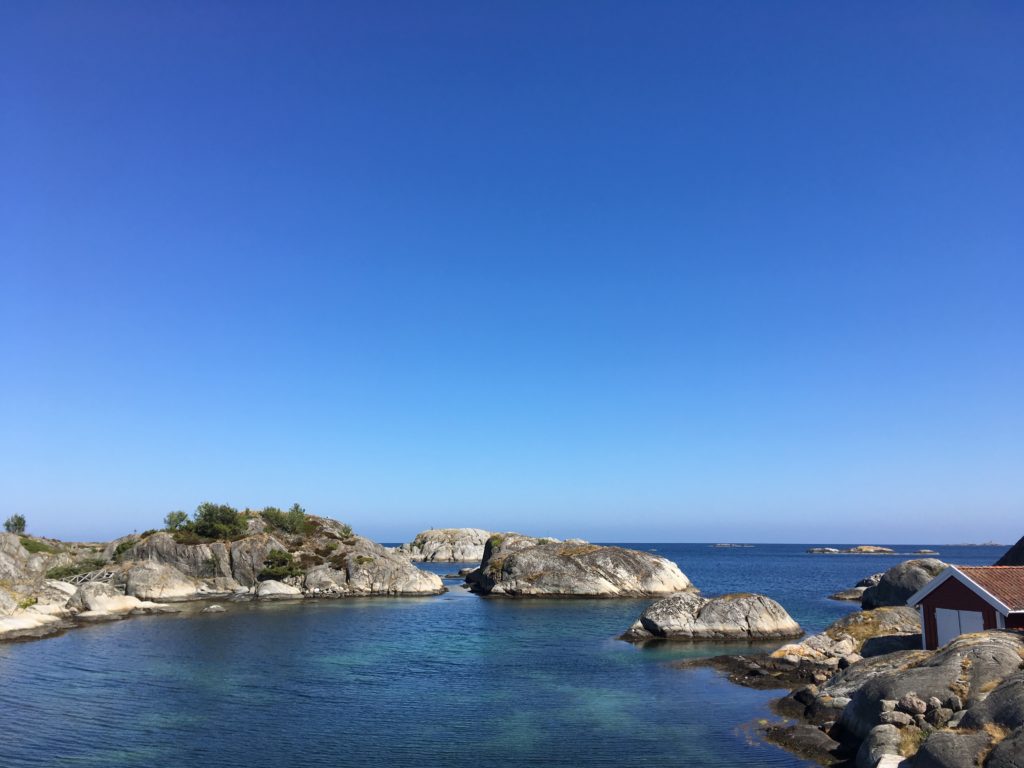 View to sea over the lagoon at Småhølmene on a perfect summer’s day (Photo: Tilly Culme-Seymour)

This year I will be staying in London instead of making my usual pilgrimage to the island. With a new baby and a bold three-year-old, a sabbatical is on the cards, though every year away from Norway these days seems to sharpen my longing for that idyllic summer home of ours. I shall carve out a moment sitting alone in the garden studio, with a cup of coffee beside me, losing myself in the cookbooks of the north, connecting with my inner islander. Then, hopefully, someone will interrupt my solitude to bring me waffles.

Island Summers: Memories of a Norwegian Childhood by Tilly Culme-Seymour is published by Bloomsbury

17 July 2019 / Tilly Culme-Seymour is a food writer and author of Isand Summers: Memories of a Norwegian Childhood (Bloomsbury) Categories