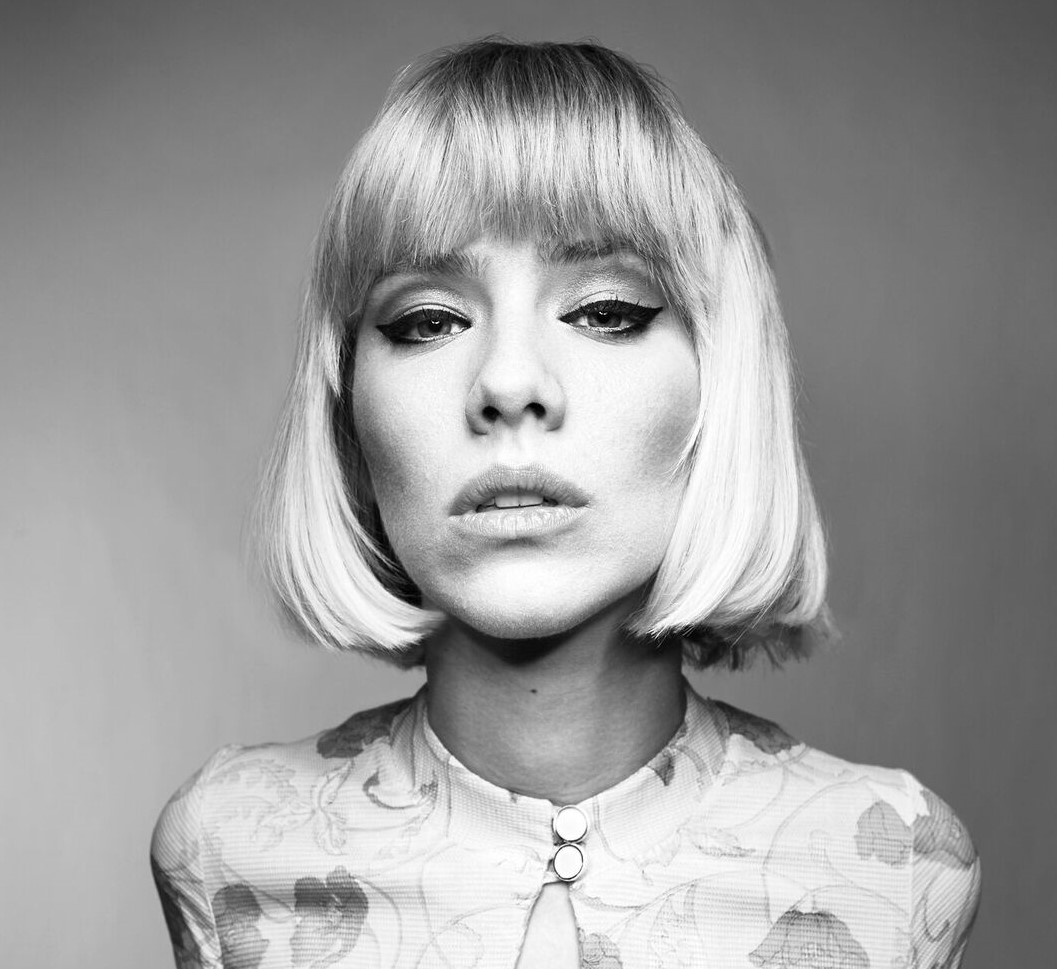 With promise of big names like pop maestro Dagny and Norwegian ‘Idol’ runner-up Astrid S releasing their long-awaited debuts and UK galleries continued commitment to Scandinavian creatives, our NA contributors look ahead to the New Year and the ones to watch for 2019. 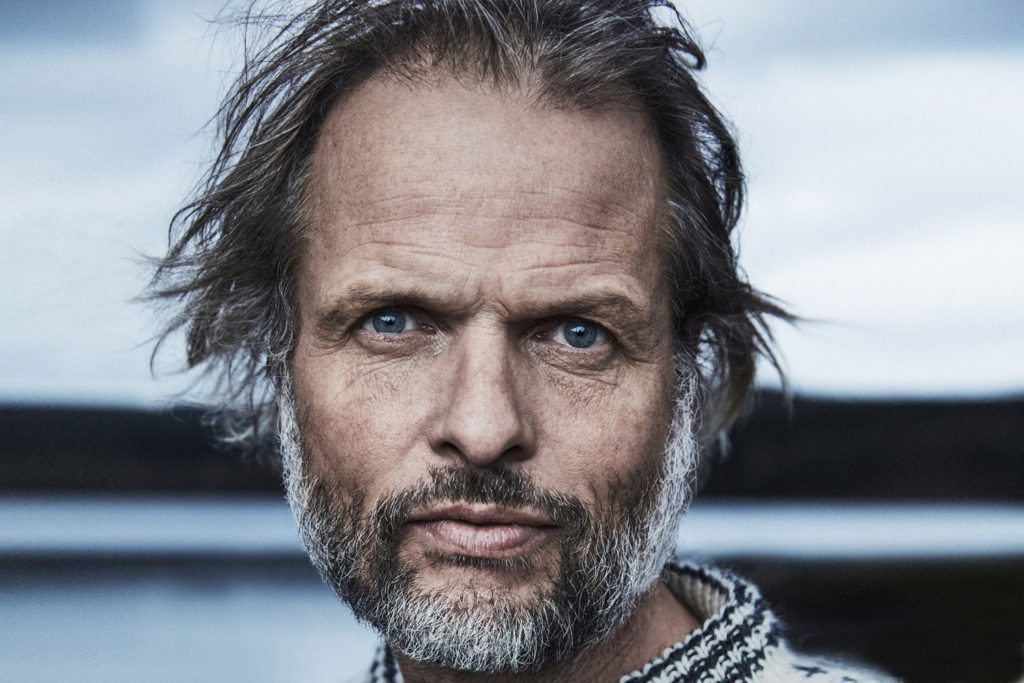 Erling Kagge is a man of many talents and interests. Best known for his exploits in the field of exploration, he was the first person to complete the Three Poles Challenge on foot – reaching both North and South Poles as well as the summit of Mount Everest. As well as the exploration, Kagge is a lawyer and runs his own publishing house, Kagge Forlag, which has published books by Hans Blix, Daniel Yergin, and Arne Næss among others. And, naturally, he writes books of his own. It was last year that the excellent Silence In The Age of Noise came out via Viking Press.

Not exactly a handbook or a self-help book to personal enlightenment (none could ever exist), Silence is made up of Kagge’s own philosophical observations (“I don’t know but when I watch someone who does I think that they must have found the same inner peace that I discovered during my expeditions”) on making the most of what is and is not there at a time when distractions are many and varied.

In Spring 2019 he returns with Walking, One Step at a Time, published by Viking. We expect and hope that it is very much in the same vein as Silence, in the plain, straightforward, enlightening and no-nonsense style in which he writes. Not content with walking to the literal ends of the earth, he has embarked on more unusual expeditions too, such as walking the entire length of Sunset Boulevard in Los Angeles. As a man who has walked further and wider than most, he will have plenty of value to say about the most natural way for human travel.

Walking is set for release on Viking Press in April 2019. 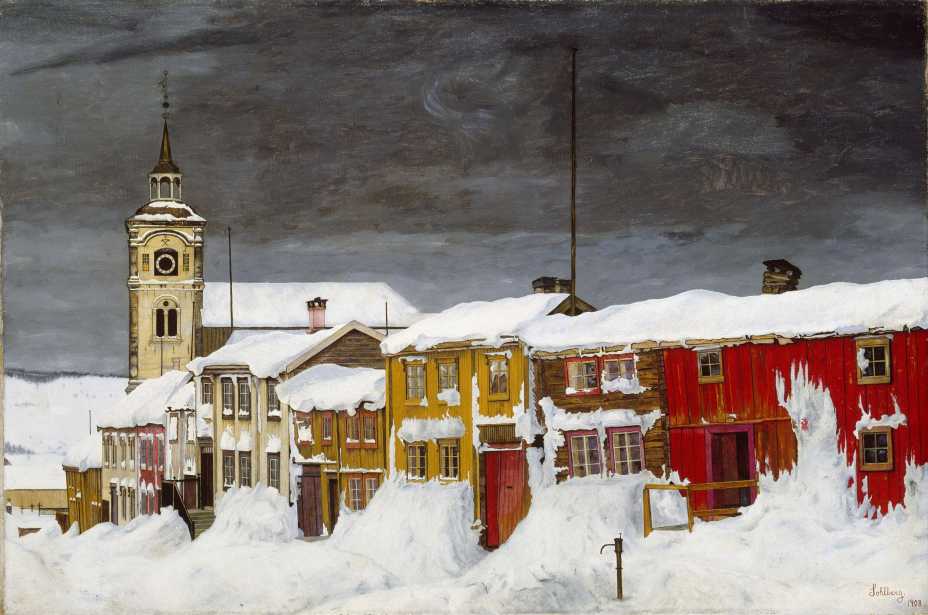 Sohlberg’s canvases could encompass widescreen mountains and then pin down a daisy in a meadow. A naturalist and colourist, Sohlberg was a contemporary of Edvard Munch but neither as popular or prolific. He possessed, however, an extraordinary talent for making the Norwegian landscape both hyper-real and magical. In particular, his street-scenes of Røros – now a UNESCO world heritage site – inject shocking pops of colour into calm snowscapes.

Imagine how it must feel to wake up every day knowing you’ve amassed a back catalogue that includes gems such as Fools Gold and Love You Like That before you’ve even released your debut album and then you go and drop what might be the best pop-single this year with ‘Used To You’. All in all, pretty damn good we’d imagine. And so it must be for the Tromsø pop-powerhouse that is Dagny.

Since bursting onto the scene with Backbeat in 2016, the Norwegian singer has toured relentlessly, all while writing new material and delivering a steady stream of incredible singles. With a voice that lends itself equally well to full-on pop bangers, such as her collaborative effort with fellow Norwegians Seeb on Drink About, as it does to the gentler acoustic sounds heard on her cover of Fleetwood Mac’s Landslide, she’s proven herself as a versatile and gifted singer this year. Add to that a string of energetic live performances, including a headline show in London with Lemaitre in October, and it’s easy to see why Dagny remains a hugely exciting prospect for 2019, even for someone who is now as established in Norway as she is.

Whilst there are no more releases planned for 2018, Dagny certainly shows no signs of slowing down as we move into next year. Set to kick off 2019 with a new single in January, followed by her second EP shortly after, there’s plenty of new music to look forward to. Having also recently announced five nights at 3Arena in Dublin with Picture This and Lewis Capaldi in March, on top of a twelve-date Norwegian tour, there’ll be ample opportunities to see her perform live too. Given that all this is planned for just the first few months of the year, it’s fair to say that 2019 will inevitably be another huge year for Dagny. And (whisper it quietly) we may even get treated to that elusive and much anticipated first album.

It was a full house down in the bellows of Komedia at this year’s Great Escape Festival to catch Oslo’s Sassy 009. Stood inwardly facing one another across two mics and one synth, the trio eke out ethereal electronica like witchcraft. This year’s lead single Are You With Me Now? offers up an unexpected flute solo over the clan’s climbing vocals; a bold sound for three teenagers from Norway’s capital with a nod to 90s trance beats that they surely weren’t privy to the first time around.

Instead, they snatch references from fellow Norwegian Copenhagen-based, Smerz in their esoteric approach to music making and Iceland’s Fever Dream in the brief spat of full-face spoken word. Despite a glut of shows confirmed after their Brighton weekender at Reeperbahn and Iceland Airwaves, the band announced through their Facebook page that they would be cancelling all live shows for the rest of 2018. Here’s to a healthy new year for the trio and new sounds in the next year to come.

… and a few names to watch out for from NME News Editor, Andrew Trendell.

Having dropped one of the best EPs of 2018 with ‘Distant Sky’, post-rock Norway noiseniks Spielbergs are set to drop their hotly-anticipated debut album in February, ‘This Is Not The End’. You bet it isn’t. See them live and buy this record at all costs.

There was so much hype around Girl In Red at Øya 2018 that most of us struggled to get anywhere near the packed-out stage. Within just a few tracks, she’d won us over. There’s an energy and bite to her live performance, while her recorded tracks glow with a lo-fi dream wave sound. Telling tales of teenage trouble and sexuality, her music is playful, thoughtful, and worthy of the buzz.

After setting showcase festivals for the last couple of years, 2018 saw Pom Poko go the extra mile and sign a record deal with Bella Union (home of Beach House, Father John Misty, John Grant, Ezra Furman, Fleet Foxes and many more). With a sound that lands somewhere between The Sugarcubes, Dream Wife and Foals, their car crash sound of angular post-punk, visceral math-rock and jazz weirdness defies expectation, but you can expect to be hearing a lot of them in 2019.

The former Norwegian ‘Idol’ runner-up Astrid S has become a streaming and social media phenomenon over the last five years with a long run of slick and sultry, R&B-infused electro-pop bangers. However, she’s still yet to drop her debut album! She’s ending 2018 with an arena tour supporting Years & Years, perhaps next year she could be on one of her own?

With the tropical and effervescent teenage exuberance of 2018’s glorious mini-album ‘Soy Pablo’, Boy Pablo charmed fans and critics the world over. However, it feels like he’s just getting started. With a world tour and a summer of festivals ahead, we can’t help but feel that 2019 is the year you won’t be able to escape all the ‘Boy Pablo’ headlines.

Dazzling all present at the last London night of JaJaJa in 2018, Amanda Tenfjord’s startlingly aware lyrics, heavenly voice, and astoundingly accomplished musicianship all boast an overwhelming promise. Few things are for certain but count on the blossoming of a remarkable star in the making.