A Digital Shelter: How the Norwegian Festival of Literature Adapted to a Global Crisis 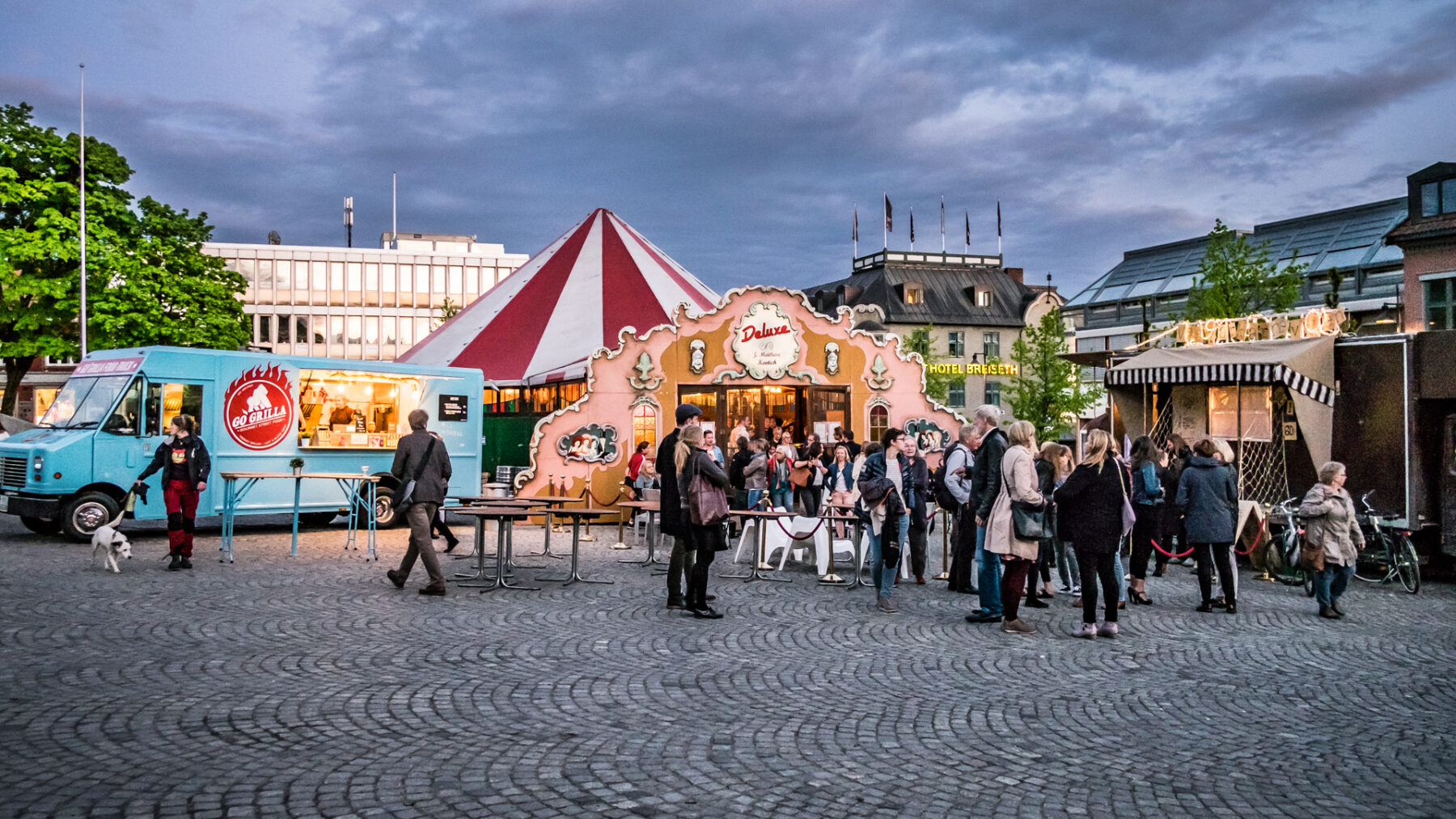 The critic and author Boyd Tonkin recalls happy days spent at the Norwegian Festival of Literature in Lillehammer and learns how, due to the coronavirus crisis, organisers of this year’s festival have moved events to an online stage.

After a delayed flight, my train journey along the banks of Lake Mjøsa to Lillehammer began deep into a late-May evening. On the journey from London to Oslo’s Gardermoen airport, I had felt a little disappointed that darkness would block out the scenic ride. Luckily, I’d forgotten the dramatic difference between 51 and 61 degrees North as the longest days of the year approach. Night never quite fell. The forest-fringed lake snaked mysteriously north through an endless golden twilight as we sped towards the town that, since 1995, has hosted the Norwegian Festival of Literature.

Founded in the wake of the 1994 Winter Olympics, which had placed this pretty and peaceful lakeside town at the southern end of the Gudbrandsdalen valley on a global stage, the Festival has grown into Norway’s premier literary gathering. Normally it welcomes around 350 separate events and 30,000 visitors, with authors of all sorts invited from Norway, the other Nordic countries, and around the world. In the town where the Nobel Laureate novelist Sigrid Undset made her home, in a district at the heart of the nation’s literary history, the annual Lillehammer days forge links between local, regional and international guests against a memorable backdrop of blue waters and spring greenery.

For its eager audiences, Lillehammer brings not just the chance to meet favourite authors but to make discoveries that will enrich their reading through the year. It was here I discovered that the brilliantly mordant novelist Dag Solstad is also a top-flight football buff with an encyclopaedic knowledge of World Cup history.

That was in normal times, of course. This year, Lillehammer – in common with so many festivals – cannot happen as planned. Yet all has not been lost. A digital edition of the Norwegian Festival of Literature will take place from 29 to 31 May. Around 50 events will be available online, while the Pegasus festival for children and young people has been rescheduled to late September. Marit Borkenhagen, the Festival director since 2011, spotted the gathering clouds of Covid-19 early. She started to plan ahead. “I saw this coming up and began to think about these things at the beginning of March,” she reports. In the days before Norway’s national lockdown came into force, with a ban on public gatherings, she and her colleagues were thinking: “What can we do other than cancel the festival?” 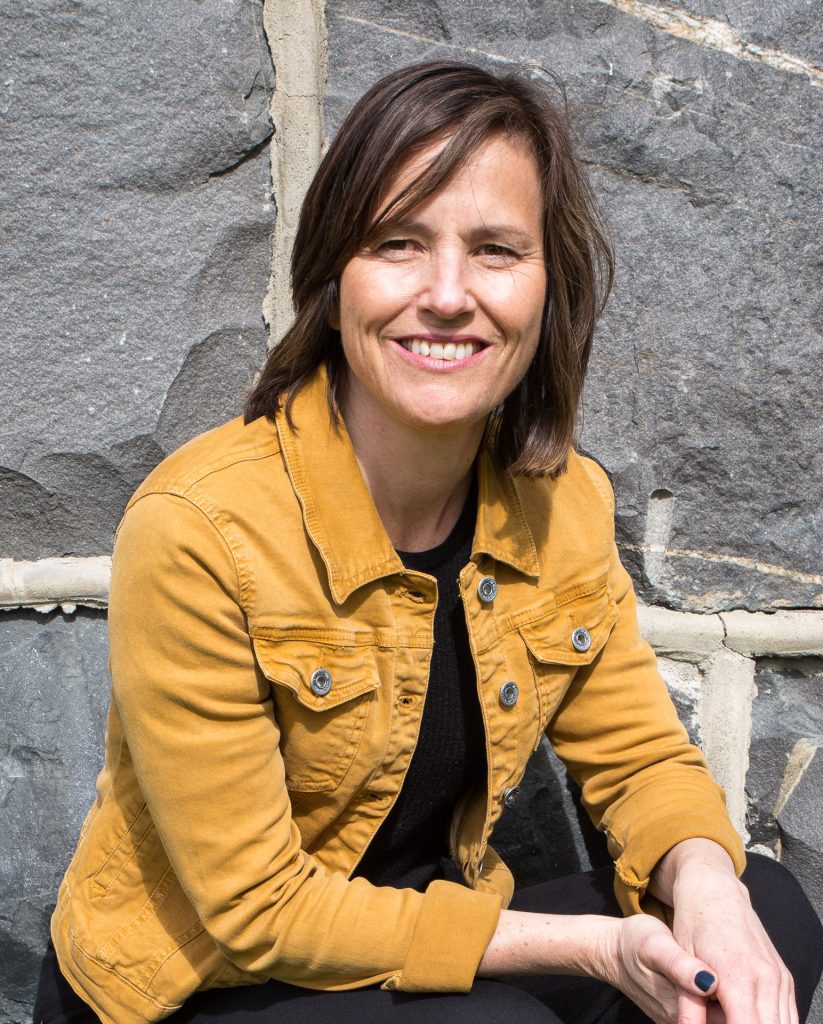 Around the world, festival directors were asking the same question. Many landmark events, such as the Edinburgh International Book Festival, had to skip a year. Others, such as the Assises Internationales du Roman in the French city of Lyon, rapidly pivoted, like Lillehammer, to put planned events online. The Hay Festival in Wales, which happens around the same time as Lillehammer and in an equally picturesque spot, is streaming more than 80 online debates, interviews and talks. Also in Britain, the BBC merged orphaned interviews and discussions from a variety of cancelled or postponed festivals into a virtual “Big Book Weekend” in early May. 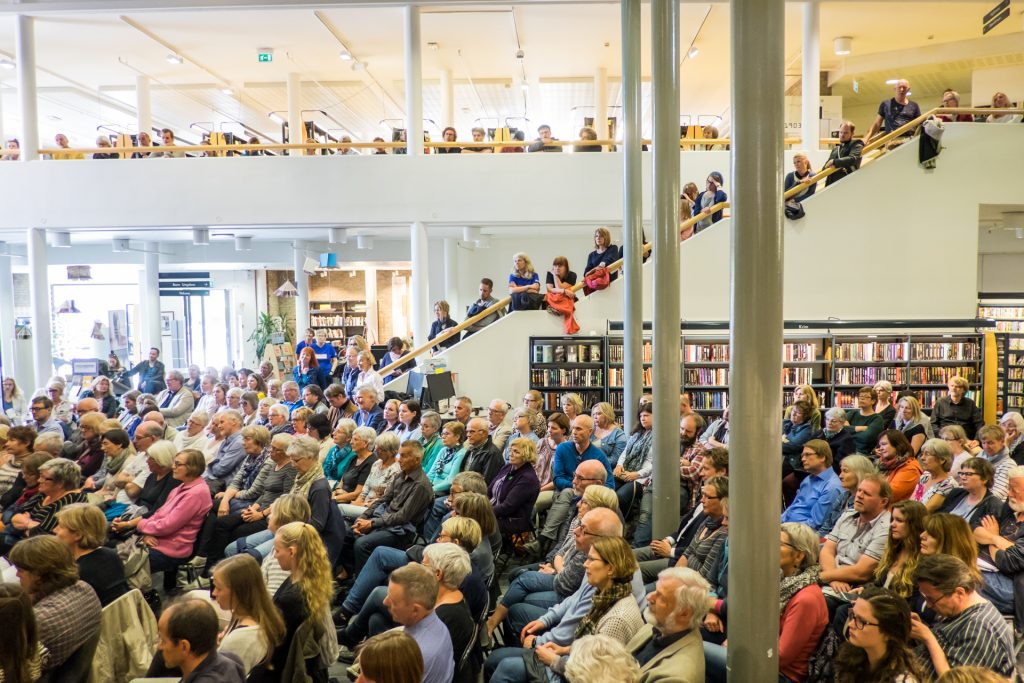 Crowds at an event in Lillehammer Library at the Norwegian Festival of Literature (Photo: Caroline Stromhylden)

Directors everywhere who sought to preserve at least some of their threatened programme had to face technological challenges. How to build a large-scale digital platform that offers more to viewers than a blurred video chat with an isolated author in their living-room? Crucially, Marit Borkenhagen could draw on support from a national broadcaster. She quickly made contact with the Norwegian state corporation, NRK. Lillehammer’s partnership with NRK means that the digital festival will benefit from its technical expertise and studio infrastructure.

Above all, the broadcaster has the scope and presence to touch everyone in Norway. “That professionalism in the production is of course very important for us, but even more is the reach of their channels,” she says. NRK staff will also visit Lillehammer to report on the town, bereft of visitors this spring, and to reflect on “why we like to go to festivals, and what can come out of it for readers and writers.” 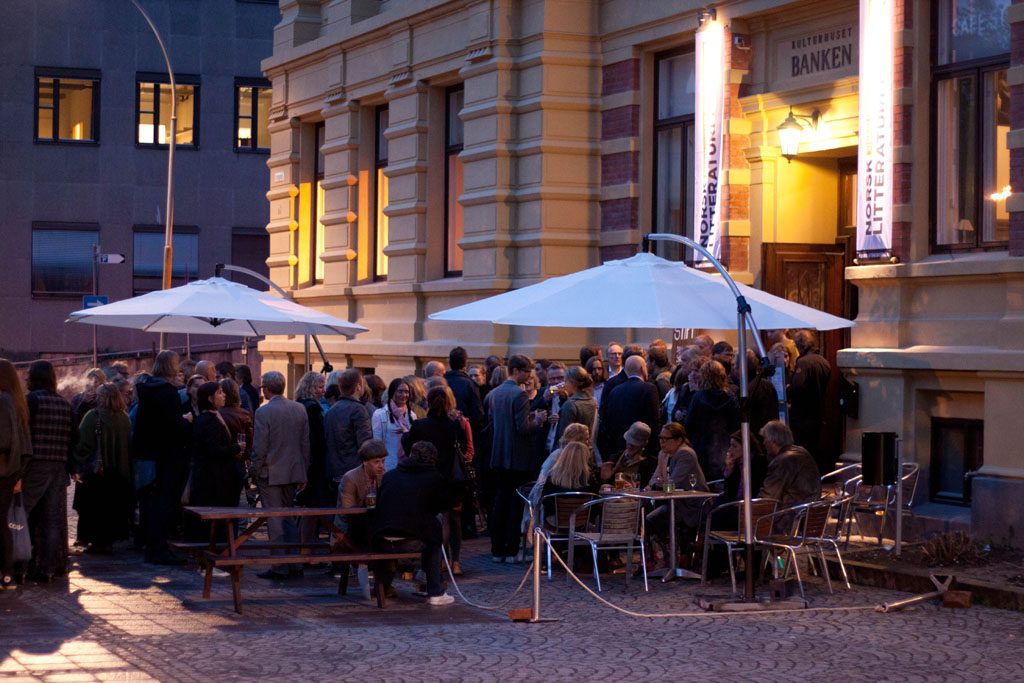 An event at the Norwegian Festival of Literature in Lillehammer (Photo: Tor Alver Moen)

Even in its slimmed-down virtual format, Borkenhagen has worked hard to retain the special focus of this year’s programme. The Latin American theme promised for 2020, for instance, endures thanks to a collaboration with the Filba literary festival in Buenos Aires. Writers from the region such as Mariana Enríquez will still make a virtual appearance in Lillehammer, although not every strand has survived the move online. “It has been more difficult than we first hoped,” admits Borkenhagen. Award-winning Argentinian writer Samanta Schweblin is in a location without adequate internet links, and cannot join the audience in Norway. 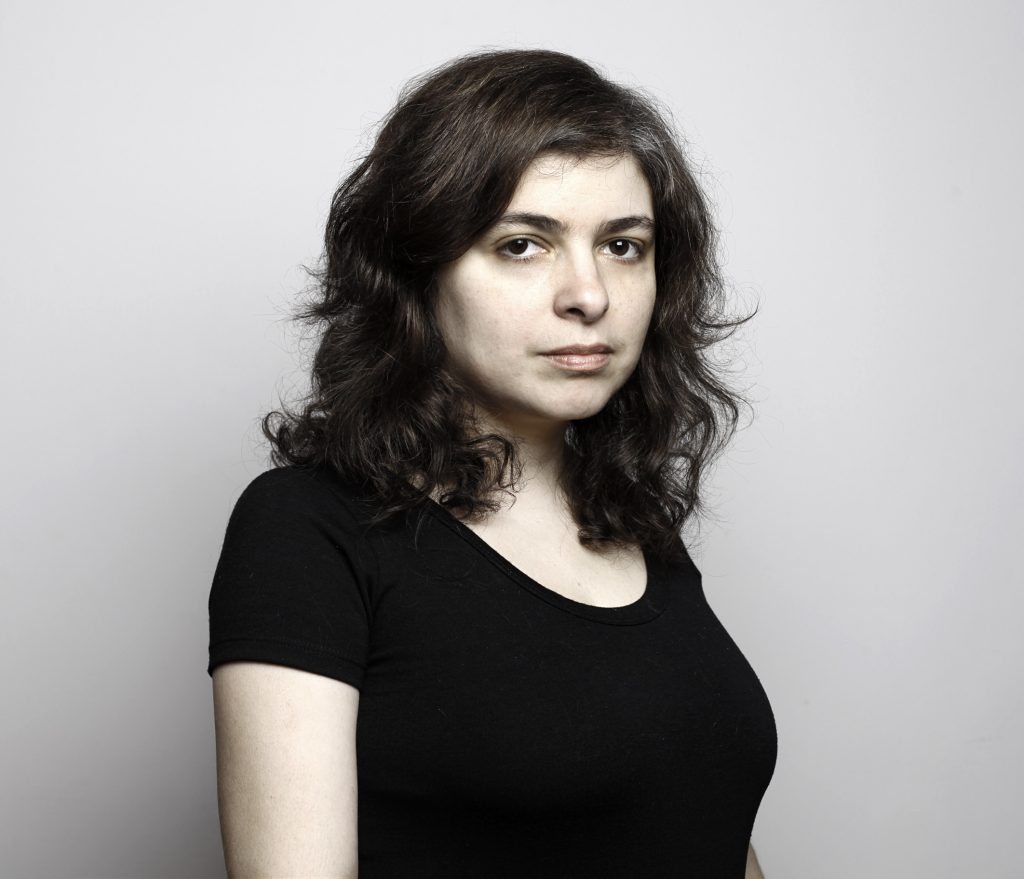 Mariana Enríquez, one of the participants in this year’s online festival (Photo: Nora Lezano)

On the other hand, access to the NRK facilities means that studio discussions, with safe social distancing, become feasible. A conversation between two much-loved Norwegian novelists with legions of English-language admirers, crime-writing superstar Jo Nesbø and the reflective, elegiac storyteller Lars Mytting, will go ahead as planned. Superficially, notes Borkenhagen, they could hardly be more different, but “They have a lot in common.” Another highlight of the online festival is a lecture on climate change by Maja Lunde, the bestselling author of The History of Bees (the lecture will subtitled in English). 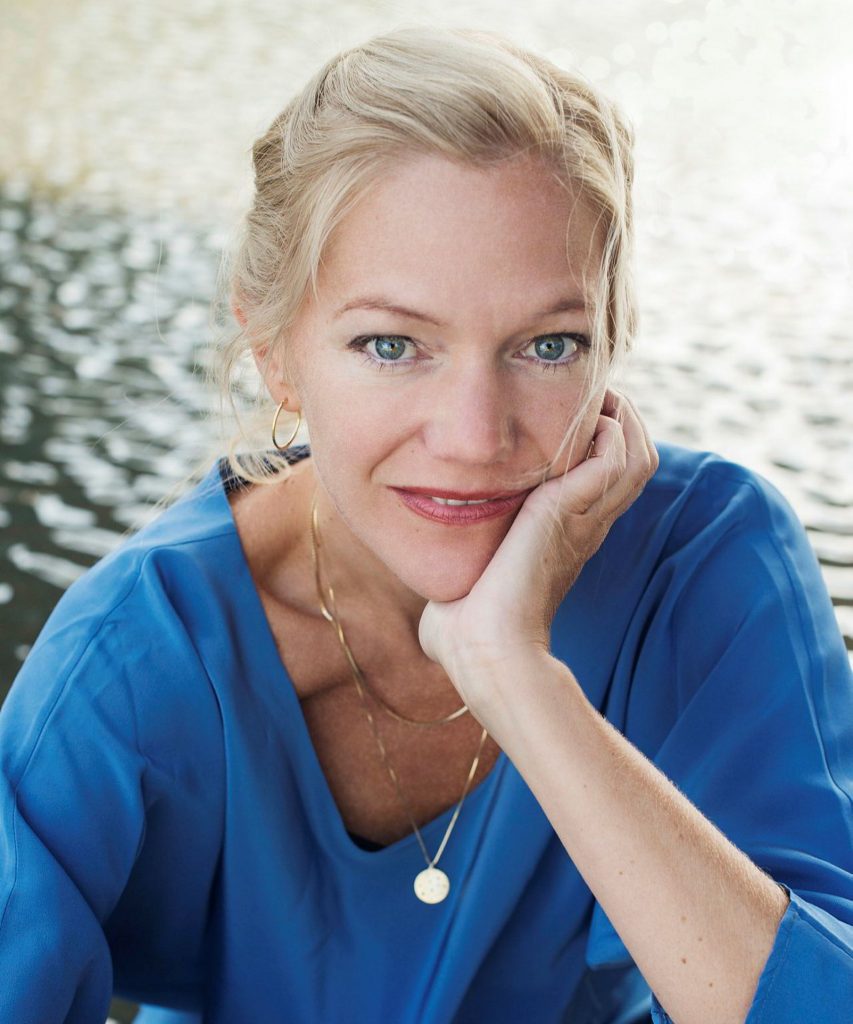 Maja Lunde, author of The History of Bees, will be giving a lecture on climate change at this year’s online festival (Photo: courtesy of Norwegian Festival of Literature)

At their best, festivals allow readers and writers to find and forge bonds between distant worlds that might never otherwise connect. Digital events may safeguard much but – as every director forced into the virtual realm will admit – not all of their value. However smart the tech, the sheer buzz of ‘live’ remains irreplaceable. “I think that we really need to have people in the room to be together,” Borkenhagen comments. “You don’t have the same feeling when you see it on screen.”

Many organisations have considered whether this year’s hiatus ought to prompt a permanent reset. Should festivals seek to shrink their carbon footprint and stop ferrying so many passengers around a heating planet? “After this pandemic situation, when we are allowed to travel, should we travel so much?” Borkenhagen asks. She agrees that future festivals can and will offer an enhanced digital element, but adds: “I hope that we can still invite the writers to come and meet a huge audience. It’s not that many people who travel, but it opens up the world for a lot of readers to meet them.”

In the meantime, the springtime delights of town, lake and mountains remain tantalisingly out of reach. “That’s the most sad thing,” reflects the director. “We won’t be able to bring people to this small Norwegian town in the most beautiful part of the year, when it’s green and the apple trees blossom.” In its digital incarnation, the Norwegian Festival of Literature will stimulate and entertain an engaged public – and, online, a bigger one than ever. Still, Marit Borkenhagen will miss the annual party, with “Everybody being linked together and dancing on the same dance floor. I think that’s really important, and that is what a festival is.” Let’s hope that, next time the bright May evenings lengthen in Lillehammer, the world is dancing together again.

The Norwegian Festival of Literature online runs 29-31 May 2020

Top photo: Visitors at the Norwegian Festival of Literature (Photo: courtesy of the festival)

27 May 2020 / Boyd Tonkin is a journalist and author whose writing on arts and books appears in international media including The Financial Times, The Economist, The Times and New York Review of Books Daily. His reader’s guide to global fiction, The 100 Best Novels in Translation, has recently been published in paperback. He is Special Adviser to the International Booker Prize, which he chaired in 2016. Categories