“Literature from Norway is characterized by good stories that don’t avoid discussing topics that are difficult and important,” Margit Walsø, director of Norwegian Literature Abroad (NORLA), recently observed in an interview with Norwegian Arts. That potent blend of narrative and candour travels well: according to Nielsen Bookscan, Norwegian became the second most translated language after French in 2019. And, it emerges, the unsung heroes of this movement are Britain’s compact and curated presses. 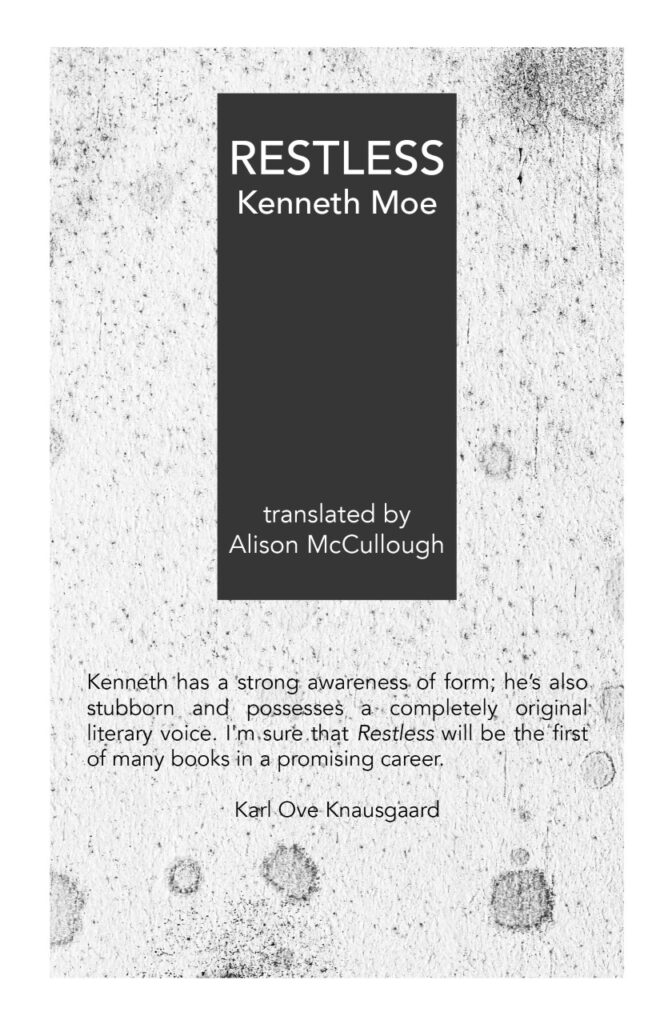 In the past decade, the sale of translated literature has soared. There are now twice as many translated titles – from all countries and languages – available to English readers as there were just a couple of years ago, and many of these have been published by independent publishers. When the nominees for the 2020 Man Booker International Prize were announced this February, the longlist was dominated by independent presses, and Jon Fosse’s The Other Name, published by Fitzcarraldo Editions in a hypnotic translation by Damion Searls, became the second Norwegian nominee for the prestigious prize. 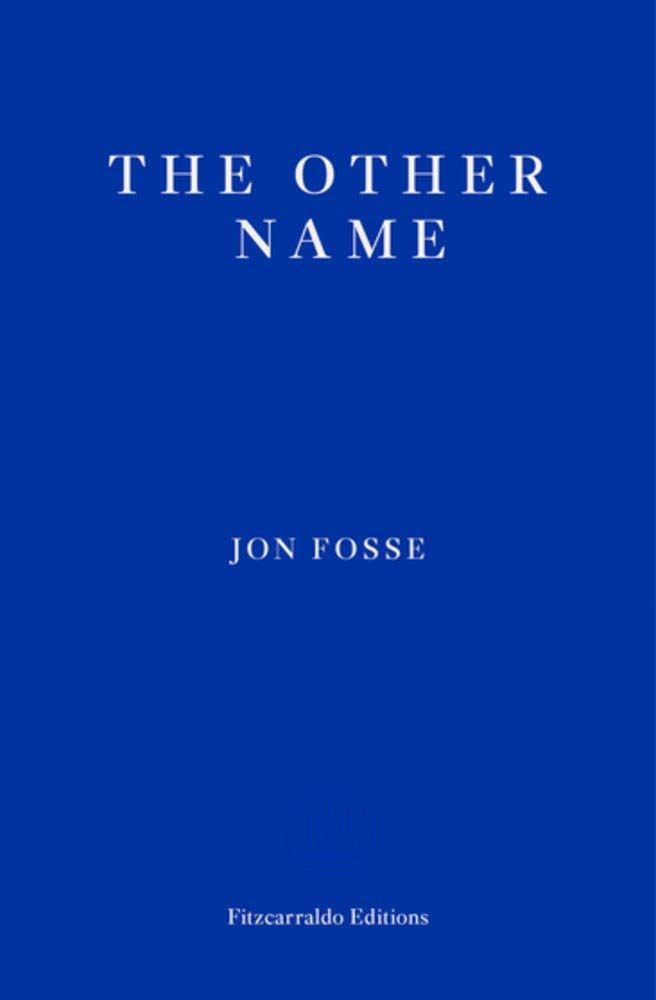 The Other Name by Jon Fosse (translated by Damion Searls; published by Fitzcarraldo Editons)

One publisher working to make Norwegian literature accessible to an English-speaking audience is Duncan Lewis’s small press Nordisk Books, which specializes in Nordic literature. Half of Nordisk’s output has been Norwegian, the most recent being Restless by Kenneth Moe (published in May). The novella, which won the Tarjei Vesaas Debutant Prize in Norway in 2016, takes the form of a long letter from a desolate young man to the woman who rejected him. In pages of intense and often darkly humorous prose, the narrator examines his motivations, his desires, and his loneliness – “Lonely people know something about life too.”

Lewis, who personally selects all the titles published by Nordisk Books, explains how he enjoyed the “polemical” nature of Moe’s short novel. The other Norwegian writers on his list – Kim Hiorthøy, Gine Cornelia Pedersen and Henrik Nor-Hansen – have all had their English-language debut through Nordisk. “These are books that I have read and really enjoyed and felt merited translation,” Lewis says, “books I wanted to be able to talk about with my friends and family, who do not speak Norwegian.” 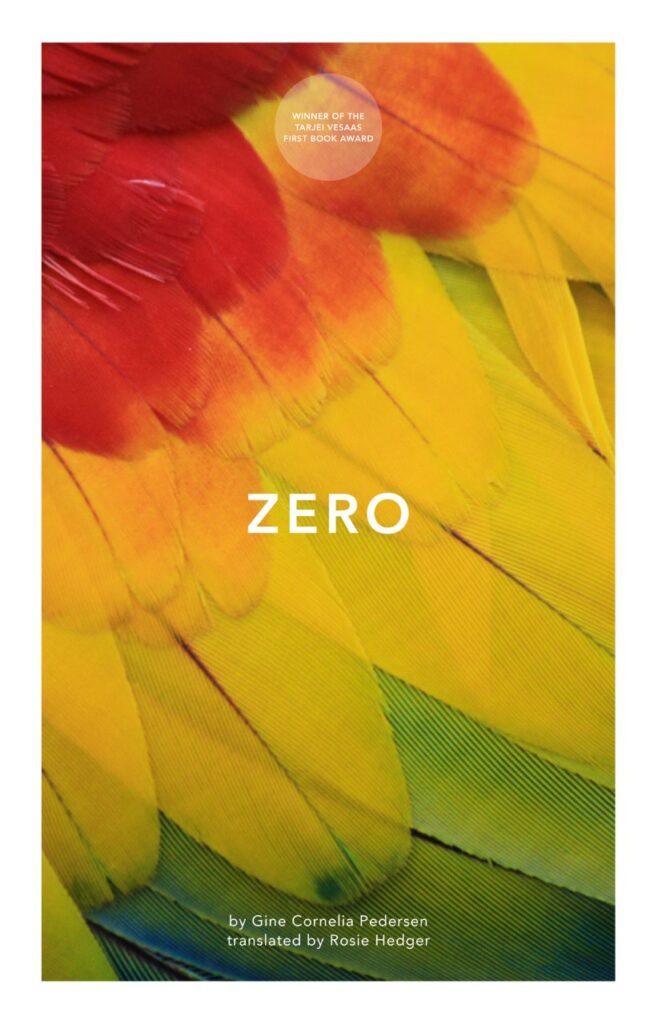 Picking your own titles is one of the benefits of running a small press, one that has helped make the UK book market varied and diverse. For although the sale of translated literature is soaring, foreign titles are still viewed as a gamble by larger and more established publishing houses. Unless the source text has been the recipient of high-profile literary awards, there is little indication of how it will sell. According to Karen Sullivan, founder of Orenda Books, smaller publishers have become leaders in the field of translated literature as they are more inclined to take chances: “Independent publishers tend to be bolder in their choices, without the echelon of staff required to make a decision on acquisitions and without the need for every book to create vast amounts of profit.” 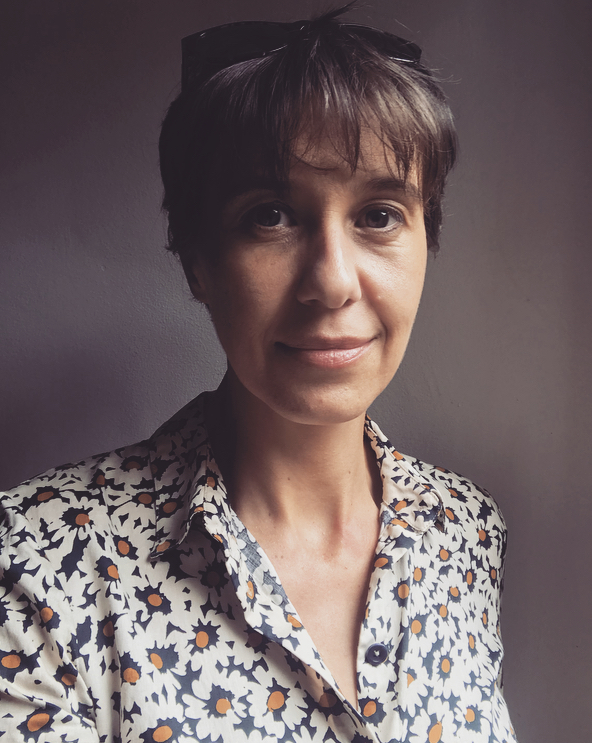 PR consultant Nicolette Praça concurs. She has worked for MacLehose Press, And Other Stories and Fitzcarraldo, and managed campaigns for Norwegian literary giants such as Roy Jacobsen and Jon Fosse. Praça argues that smaller budgets allow independent publishers to be more dynamic in their choices: “For publishing houses that tend to publish first into hardback, then trade paperback, and then six to ten months later into paperback, the costs are too high,” she explains. “They tend to be extremely conservative with their choices and will only back guaranteed winners. Into this gap came independent publishers, some of whom are translators themselves. Tired of not being able to get one of the larger publishers to buy the books that they were proposing to translate, some decided to publish themselves.” 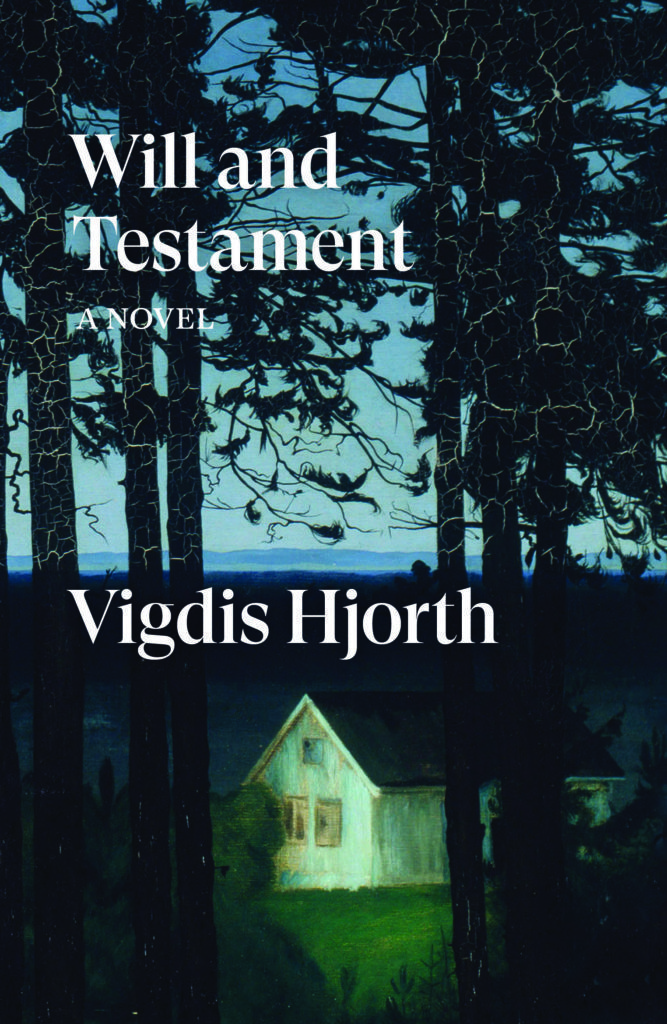 Meanwhile, Verso Books’ fiction editor Cian McCourt compares popular English-language books to English football players – meaning they “come at a premium that’s not always representative of their value.” Verso publishes a small pool of fiction writers, among them Norwegians Jenny Hval and Vigdis Hjorth. The latter, together with Karl Ove Knausgård and Roy Jacobsen, are writers that according to Duncan Lewis helped introduce English readers to the contemporary Norwegian literary scene: “They have given Norway a great reputation in recent times, and they are of course just the tip of the iceberg.” 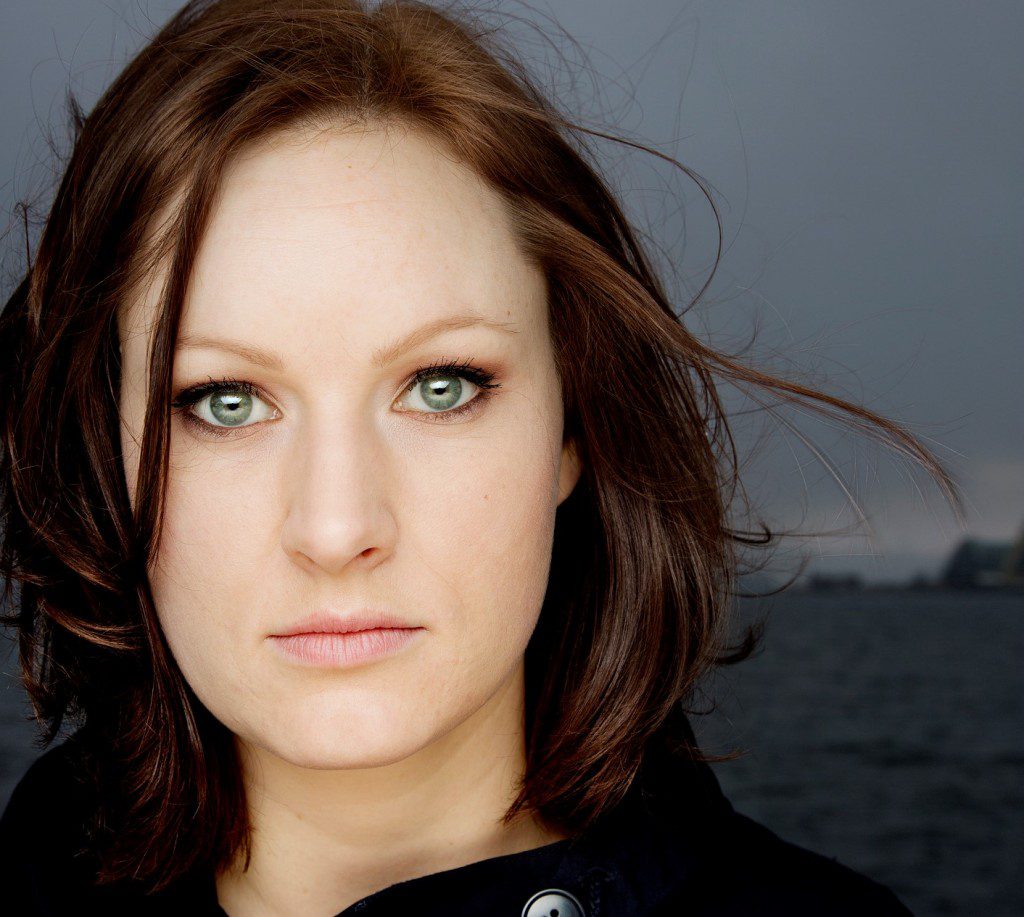 That doesn’t mean it’s not difficult to break a Norwegian title into the UK market. It was only with the rise of Norwegian crime fiction and the vogue of ‘Scandi Noir’ that English readers began paying attention to books from the Nordic region. When Nicolette Praça worked for a large publishing house thirteen years ago, translated literature was still “something of a hard-sell”, she says. “The one exception was in the crime fiction genre. The robust sales of books such as Peter Høeg’s Miss Smilla’s Feeling for Snow and Henning Mankell’s Wallander series had indicated that readers of crime fiction weren’t averse to stories set in other countries, written by foreign authors.”

The interest in Norwegian literature, in particular, snowballed from there. “With the explosive international success of Knausgård’s My Struggle, we saw an almost immediate attraction to all things Norwegian,” explains Praça, “including the massive popularity of books on how to stack wood, such as Lars Mytting’s Norwegian Wood, and endless guides for a ‘Hygge’ life.” Karen Sullivan agrees: “I think the obvious Scandi Noir titles opened the door for Norwegian literature in general,” she says. “Once readers had enjoyed and easily mastered a Larsson or a Nesbø, they would be more willing to try a Knausgård or, in our case, a ‘Norwegian Anne Tyler’, like Helga Flatland.” 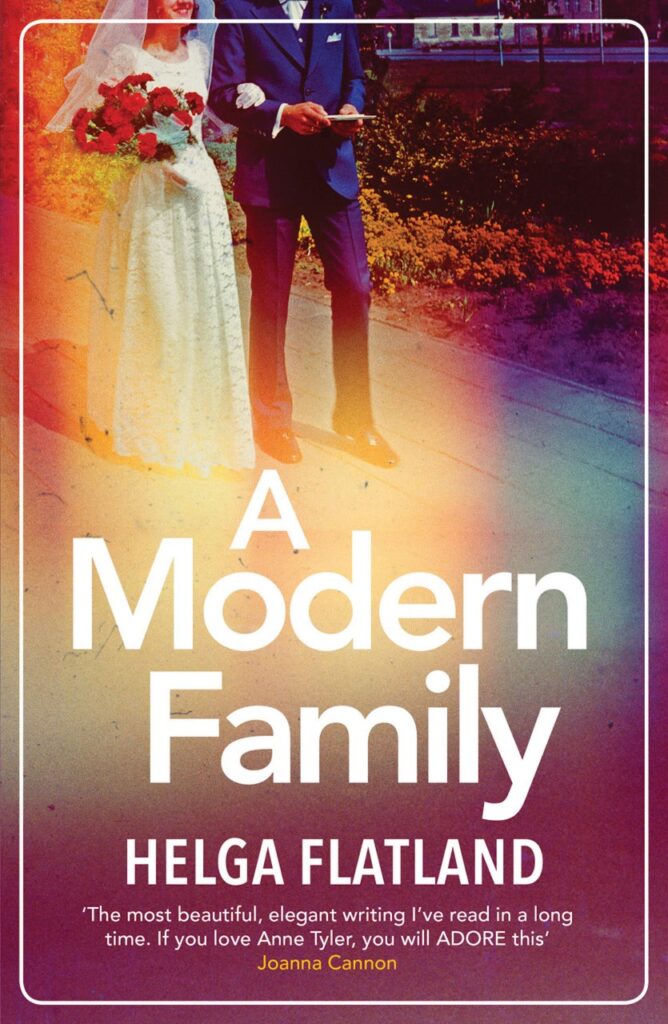 Orenda published Flatland’s acclaimed novel A Modern Family last summer, and the English edition, translated by Rosie Hedger, was well received. “The fact that it is Norwegian brings something extra,” Sullivan explains. “It’s a delicious peek into another culture, the lives of a family that is at the same time different and the same.” Orenda’s list also includes the bestselling Norwegian crime novelists Kjell Ola Dahl, Thomas Enger and Gunnar Staalesen, and Sunnhordland-based Agnes Ravatn, author of psychological dramas such as The Bird Tribunal (winner of an English PEN Award in 2016) and the forthcoming The Seven Doors. 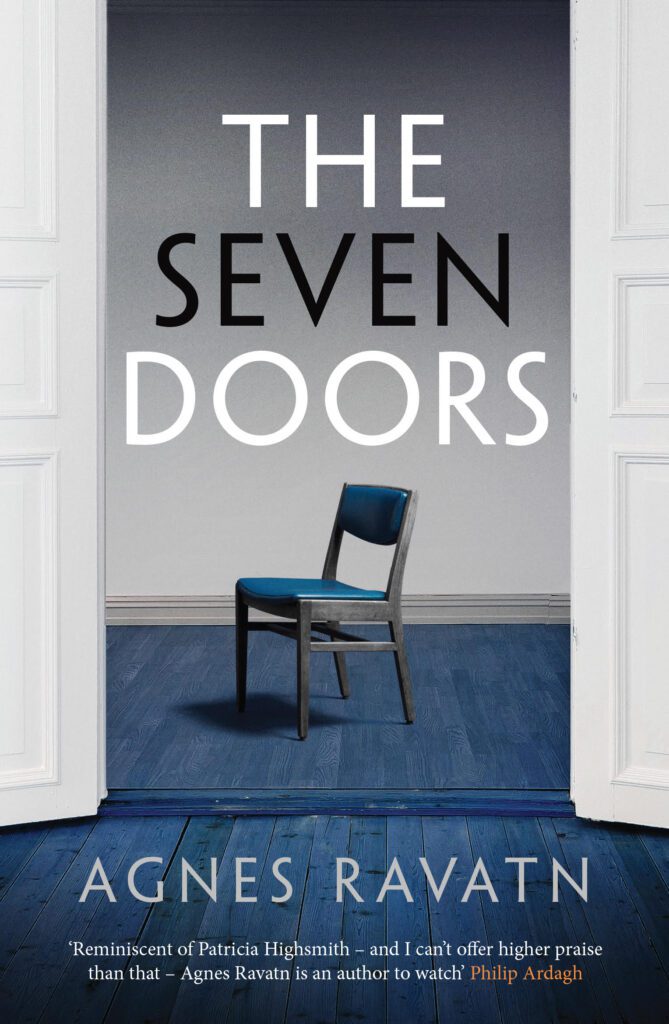 According to Sullivan, the popularity of foreign literature can be explained, in part, by the high standard of the translations, in particular the “immense quality” of the Norwegian translations supported by NORLA. “In the past, translation was undertaken word by word to produce an exact and often uninspired facsimile of the original without any regard to its new market,” she says. “Now, however, it is considered to be an art form, with much more emphasis on language and nuanced interpretation.” Cian McCourt also credits NORLA with introducing many Norwegian writers to an international stage, adding that the high – and consistent – standard of the nation’s literature is another factor in its global success.

Independent presses are fuelled on conviction wherever they are. Duncan Lewis explains that he was inspired to found Nordisk Books after learning that Karl Ove Knausgård set up his own publishing company Pelikanen to bring lesser-known English language titles to Norway. Serendipitously, it was Pelikanen who first published Kenneth Moe’s debut novella, with Knausgård as editor. The project, Lewis notes, has now “come full circle”.

“It’s important to bring Norwegian voices, stories, and books out into the world,” says Margit Walsø. “Norway has 5 million inhabitants, and authors want to reach more readers. We want our stories to be part of the international dialogue.” And in Britain it is the small publishers who have listened to those big Norwegian voices.

Top Photo: Detail from the cover of The Bird Tribunal by Agnes Ravatn (Orenda Books)

3 July 2020 / Johanne Elster Hanson is a Norwegian writer, translator, and freelance journalist specialising in Anglo-Norwegian literature and culture. She has previously contributed to The Guardian and Times Literary Supplement. Categories