NA Comment of the Week: Kari Dickson on the Norwegian love of books

Wandering around central Oslo, one might feel some concern about the future of the Norwegian language, as there is a lot of English to be seen in the streetscape. But Norwegian literature is alive and kicking. Someone asked me recently: “Does everyone write in Norway?” Norway has long been a nation of readers. Most people often read up to three newspapers a day (broadsheet, tabloid and local) and there is a long tradition of book clubs. 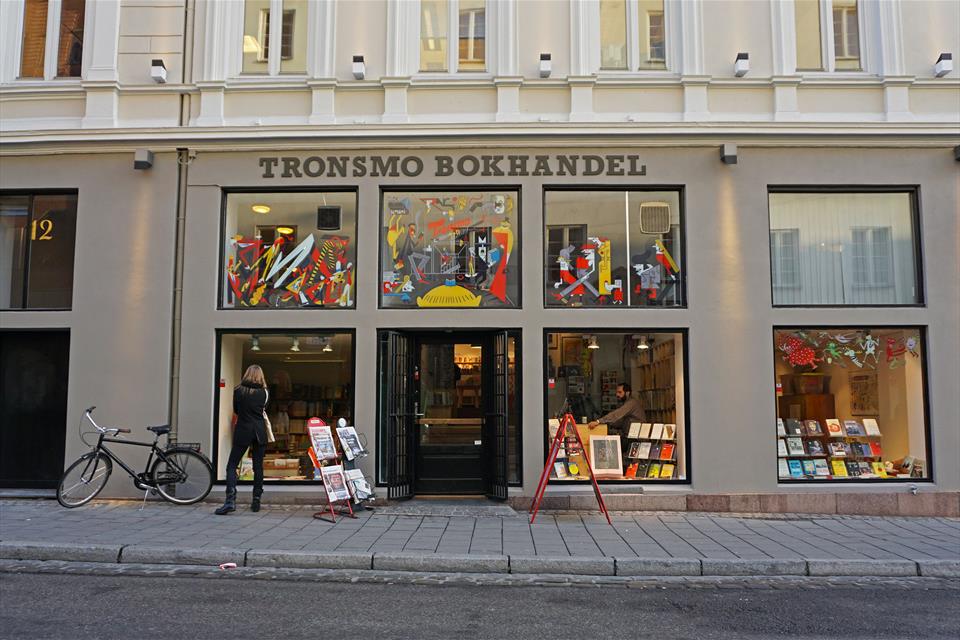 Tronsmo Books & Comics in Oslo, described as “the most radical bookshop in town” (photo: Visit Oslo)

And a lot of people do write! One of the secrets to the volume of books published is the state publishing programme, which was established in 1965: the state buys 733 copies of all books of a certain quality that are published, which are then distributed to libraries. This allows publishers to consider submissions that are perhaps less commercially viable. The Norwegian Authors Union is also able to provide generous stipends and research grants, thanks to an agreement whereby all members put their Public Lending Right fees into the union pot.

And Norwegians read across a wide range of literature, from genre-fiction to classics. I would say that genre-fiction has not been subject to as much snobbery as it has in the UK, especially crime fiction – which might be why the Norwegians write such good crime novels.

Kari Dickson has spent much of her life shuttling between the UK and Norway. Before becoming a translator, she worked in theatre in London and Oslo. Having started out in the commercial sphere, she now concentrates on literary translation and is an occasional tutor at the University of Edinburgh.

4 March 2020 / Kari Dickson is the translator of numerous Norwegian books, including Sovietistan by Erika Fatland, Inborn by Thomas Enger and The Whisperer by Karin Fossum Categories