Norwegian Arts has your November concert calendar sorted, with this complete overview of Norwegian live music happening in the UK this month.

2 November: Leprous + Astrosaur at The Dome

Norwegian progressive metal band Leprous are constantly gaining praise for their original and hard-hitting music. This November they are coming to London for a loud, adrenaline-fueled performance.

Another great reason to catch this show, is that emerging prog-, stoner-, jazzrock band Astrosaur will do support. You should thus not hesitate to visit The Dome this night.

Vulture Industries is set for several exciting acts across the country this November. The Norwegian avant-garde progressive metal band is known for experimental and theatrical performances, with a purpose to amaze and satisfy the audience. If you like music, and to be entertained, be sure to catch one of Vulture Industries this month.

London Jazz Festival annually celebrates the world of jazz across London venues. The festival has had a long association with Norwegian jazz over the past decades and Norwegian artists of all generations are featured in this year’s programme. 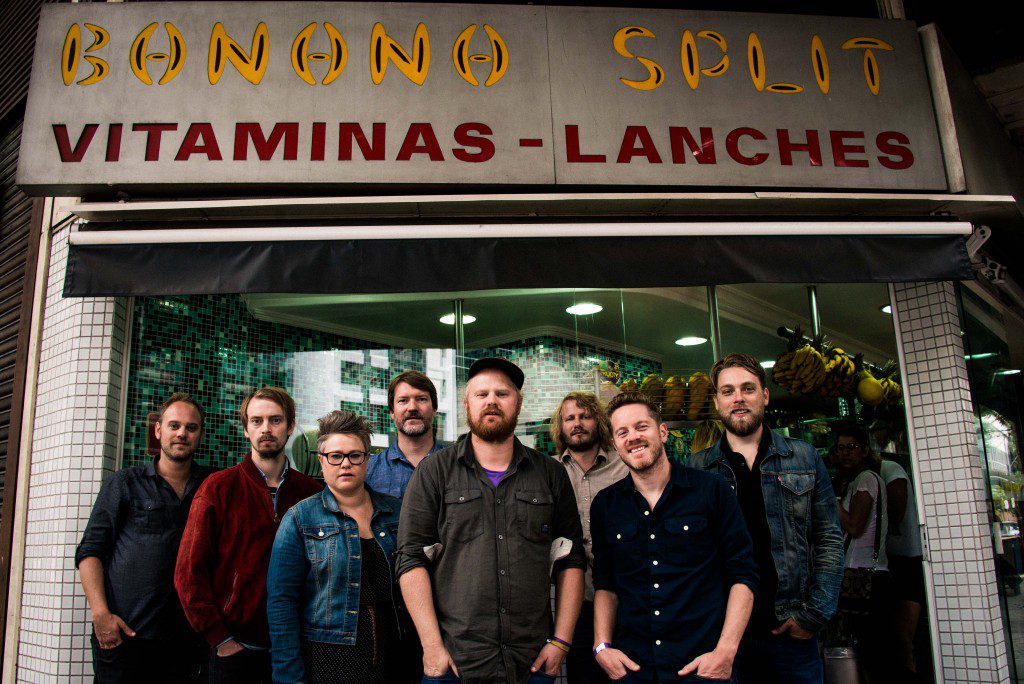 Representing Norway is Jaga Jazzist, set for an unforgettable performance with jazz, progressive rock, techno and everything in between. Joining them is the acclaimed jazz composer and performer Sinikka Langeland.

Also playing at the festival is the emerging group Rohey, who are praised for their authentic, funk-flavoured nu-soul music. The brilliant pianist Helge Lien teams up with Polish violinist Adam Baldych to bring a heady mix of jazz, Polish and Norwegian folk music. Norwegian singer Ingebjørg  Loe Bjørnstad visits the festival with the jazz duo Elt.

EFG London Jazz festival is no event to miss this November.

If you try to put Broen’s music into one specific genre, you might have a problem. The ever-growing Norwegian band has created their own unique universe, describing their style as a mix of britpop, pop, hip hop, acid punk, Paul Simon, West-African rhythm and more. Strange as it might sound, Broen delivers fresh and cool music to the world.

This month you can catch the flavourful band, who just released the record I <3 Art, on tour with Islandic MAMMÚT across the country.

Nico & Vinz is a true Norwegian sunshine story. Since the duo went international, the music duo have topped charts across the world. They have performed alongside the likes of Bruno Mars, Usher and Taylor Swift as well as appearing at huge events across the globe.  Now, with a new collection of tasty songs, Nico and Vinz are ready for two UK performances. Joining the well-travelled New Zealand group Six 60, the energetic duo will play in Manchester and London this month. Be sure not to miss it.