What do films about Norway’s legendary electronic music scene, the late singer-songwriter St Thomas and black metal pilgrimages have in common? Other than an obvious Norwegian connection, they’re all on the program for November’s third annual Doc’n Roll film festival in London, which showcases the best new independent music documentaries.

Whilst the films may be separated by genre and style, they all relate to important parts of Norway’s musical identity. Two have been made by non-Norwegians and have in common a deep passion and interest that their makers have in their subjects. The third shows the dedication of black metal super-fans from Colombia, Iran and Greece as well as the lengths they have gone to and trouble that they risk in travelling to Norway.

Northern Disco Lights has been made by people who both know and love the Norwegian electronic scene better than many. Directed and produced by Ben Davis and Pete Jenkinson (of Paper Recordings), the film covers the origins of the house scene from humble beginnings in Tromsø and its rise to global prominence. They speak to such luminaries as Bjørn Torske, Mikal Tellé, Annie and DJ Strangefruit.

Davis and Jenkinson’s involvement goes back to the very beginnings of the scene. In the mid-90s their label, Paper Recordings, released records by Those Norwegians, who included Rune Lindbaek and Torbjørn Brundtland of Röyksopp.  Jenkinson, who produced and was assistant director, describes it as “an ongoing relationship”.

But, despite their long involvement in dance music, making a film has been a completely novel experience for them both. “It was a learning process all the way along. We’ve put out 50-odd albums and 200-plus releases on the label…but producing a film has just been in a different ball park, really,” Jenkinson says.

Among the tales of success, tomfoolery and a small but organic community of dance pioneers comes the untimely death of one of the originators, DJ Erot, at age 23. But, fittingly, they found a thread from Erot to the present-day proponents. 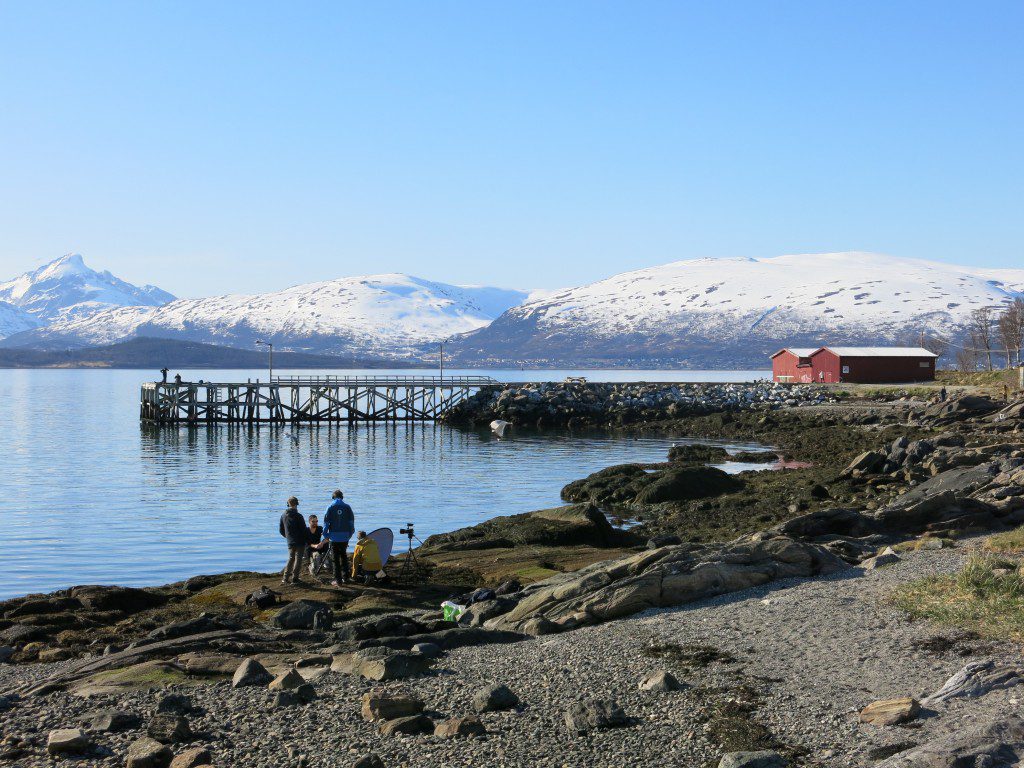 The making of Northern Disco Lights

“It turned out that his [Erot’s] mix-tapes were basically played by Todd Terje’s older sister. So we found out that he would have been listening to his sister’s tapes when he was about 10 or 12.  It’s a nice way to bring the story round. It’s a very small scene but it’s quite organic the way it developed,” says Jenkinson.

When the likes of Erot and Bjørn Torske were providing the foundation for the likes of Todd Terje, black metal had become a phenomenon, both inside and outside of Norway. Helped along by feuds, church-burnings and – ultimately – murder, the likes of Burzum and Mayhem became world-renowned.

20 years after black metal’s heyday, Blackhearts focuses on three devotees who come from vastly different cultures and backgrounds. They all share a love and and goal – to travel to the genre’s spiritual home of Norway.  The characters in the film are arguably as interesting as the originators of the genre. It focuses on Héctor, a Colombian Satanist and frontman of Luciferian; Sina, whose one-man project From The Vastland is Iran’s only black metal band and Greek right-wing Golden Dawn politician Kaiadas.

Their pilgrimages all hit difficulty, whether through attempting to sell your soul to the devil in order to get a visa (Héctor), not being allowed to return to your homeland (Sina) or the prospect of 20 years in prison for being associated with a criminal organisation (Vaiadas).

Burn The Place You Hide, though, comes from a more troubled place. Thomas Hansen was better known as St Thomas and was a unique voice in Norwegian music. After starting his musical career in the last 1990s, his main successes came in the mid noughties, supporting the likes of Lambchop and of Montreal. The music he made was, you might say, brutally honest.

But, like many great musical talents, he was also misunderstood and ultimately troubled by mental illness. The greatest tragedy of all is that of his death in 2007, at age 31. Yet, whilst the sadness and tragedy of his early death hangs over the documentary, it celebrates his voice, personality and music above anything else through interviews with his friends and the people he worked with.  The screening will be followed by a Q&A with director Richard Knights.